Several high profile individuals and organisations around the country have shown support in the Exiles' 2019/20 Third Kit launch, in support of recently retired Newport County AFC defender Fraser Franks who was forced to end his playing career early due to a heart condition.

In case you missed it, last week the Club announced that all County fans will have the opportunity to have their name included in the design of next season's Third Kit, as the Club seeks to support defender Fraser Franks and his family following his retirement from professional football earlier this month.

Supporters can have their names embossed on the shirt for £50.

All proceeds from the sale of the names will go towards helping support Fraser and his family.

Fraser's former teammate Padraig Amond, as well as plenty of the other members of the squad, were quick to share the story. 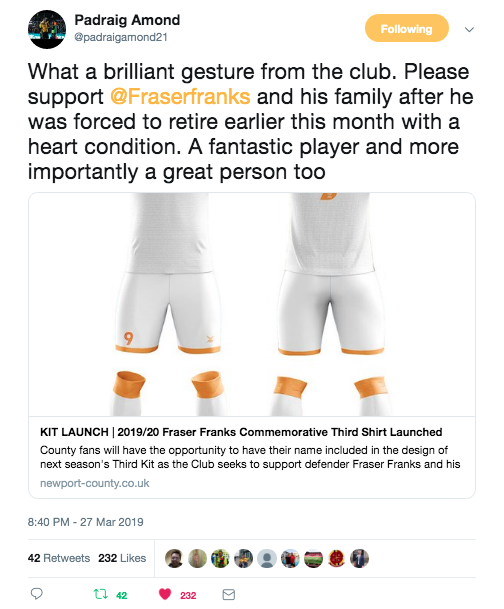 Current Watford striker Andre Gray was also quick to share the story to his thousands of followers, a former teammate of Fraser Franks from their time at Luton Town together. The pair also represented England C at the same time. 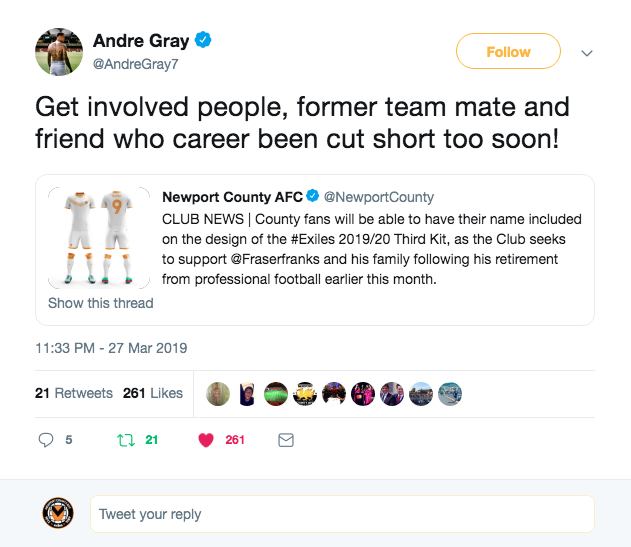 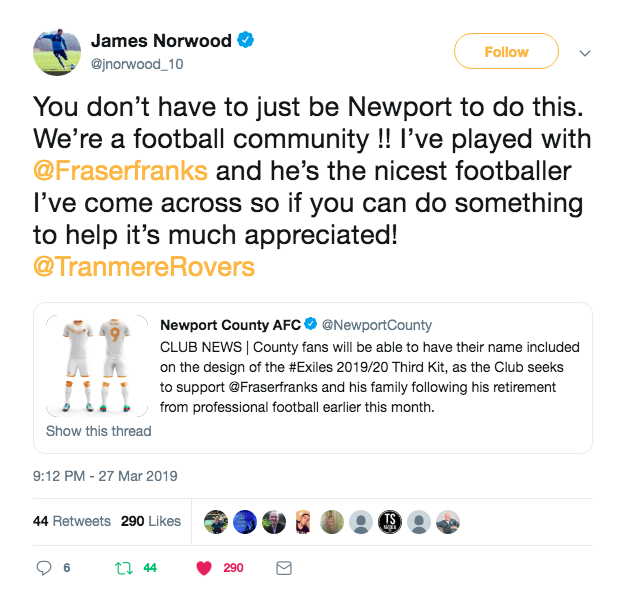 Organisations, as well as footballers, were also sharing the kit launch.

Radio station Talksport, followed by 1.1 million people on Twitter, also shared the story along with ways of how to get involved. 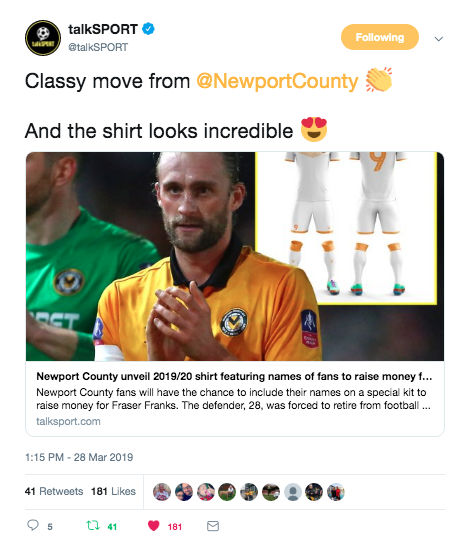 Email commercial@newport-county.co.uk now to register your interest, including what name you would like to be printed on the kit, as well as how many you names you would like in total.

Football commentator Guy Mowbray, who commentated on County's historic 2-1 win over Leicester City, a game Fraser was Captain for, also tweeted his support: 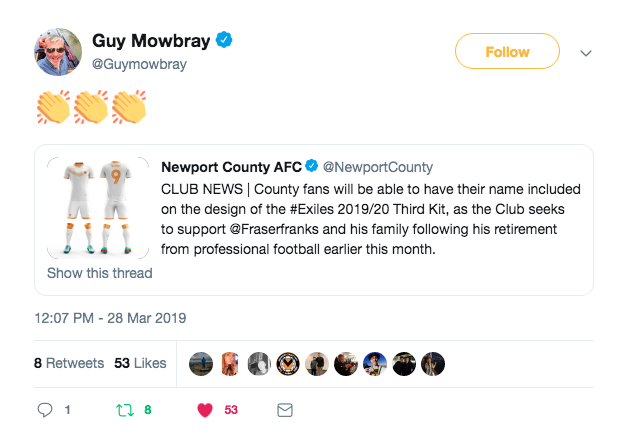 All requests must be submitted via the commercial@newport-county.co.uk email address.

You have until the week commencing May 6, 2019, to register your interest. Names will be taken on a first come, first served basis.