Newport County AFC will be looking to continue their imperious home form when they host league leaders Crewe Alexandra at Rodney Parade on Saturday. The Exiles will also hope to prolong their club record unbeaten run in the Football League, while the visiting Railwaymen will be attempting to maintain their perfect away record across league and cup competitions. 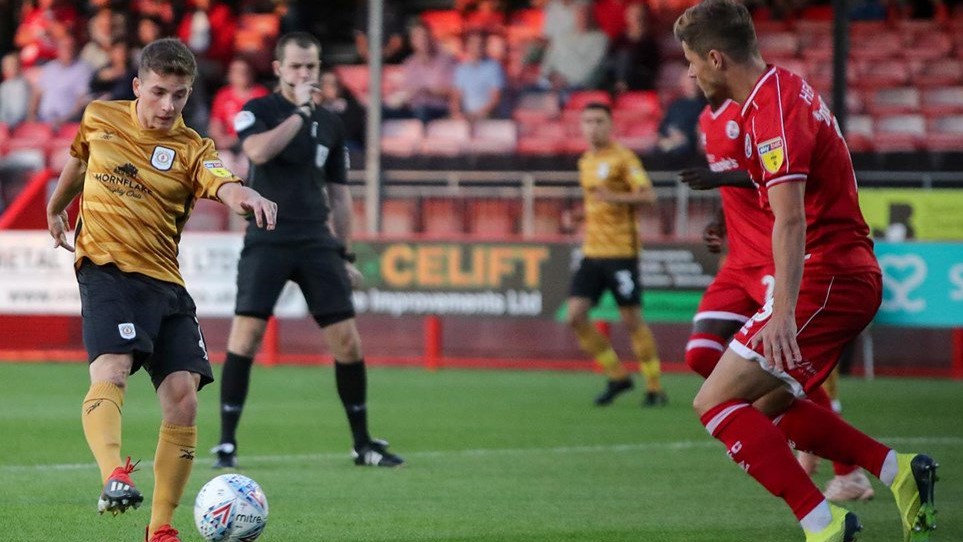 Just like 12 months ago, Crewe Alexandra head to Rodney Parade in August while sitting atop of the League Two table. This comes after the Railwaymen have accrued nine points from a possible 12 to begin the campaign.

The season didn’t start as positively as things look now after a comprehensive 3-0 home defeat to Plymouth Argyle on opening day, but three straight wins since then have propelled them from bottom to top.

Last season, only their away record really inhibited them reaching the play-offs – they only picked up 23 points away from Gresty Road – but they’ve already got six points on the road after come from behind 2-1 victories at Oldham Athletic and Crawley Town.

Sandwiched between those away victories came a battling 1-0 victory over Walsall. Defender Eddie Nolan dispatched a neat finish into the bottom corner just after the hour to secure all three points. 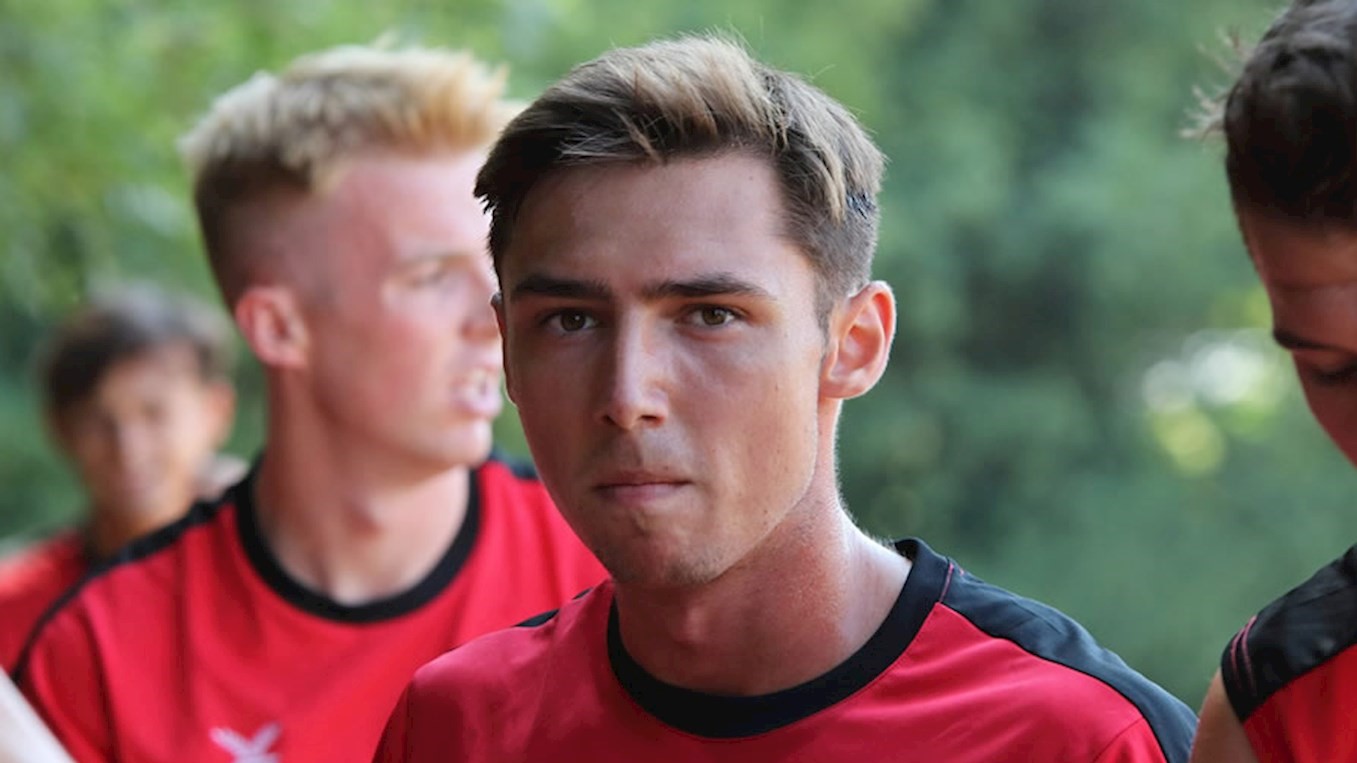 Crewe Alexandra will check on the fitness of defender Harry Pickering before embarking on the trip down to South Wales for Saturday’s encounter.

A club statement says the 20-year old suffered a knock to his hip bone in Tuesday’s victory over Crawley Town and will be assessed ahead of the game.

Centre back Olly Lancashire is available to return from suspension in an otherwise fully fit Railwaymen side.

One to Watch – Chris Porter 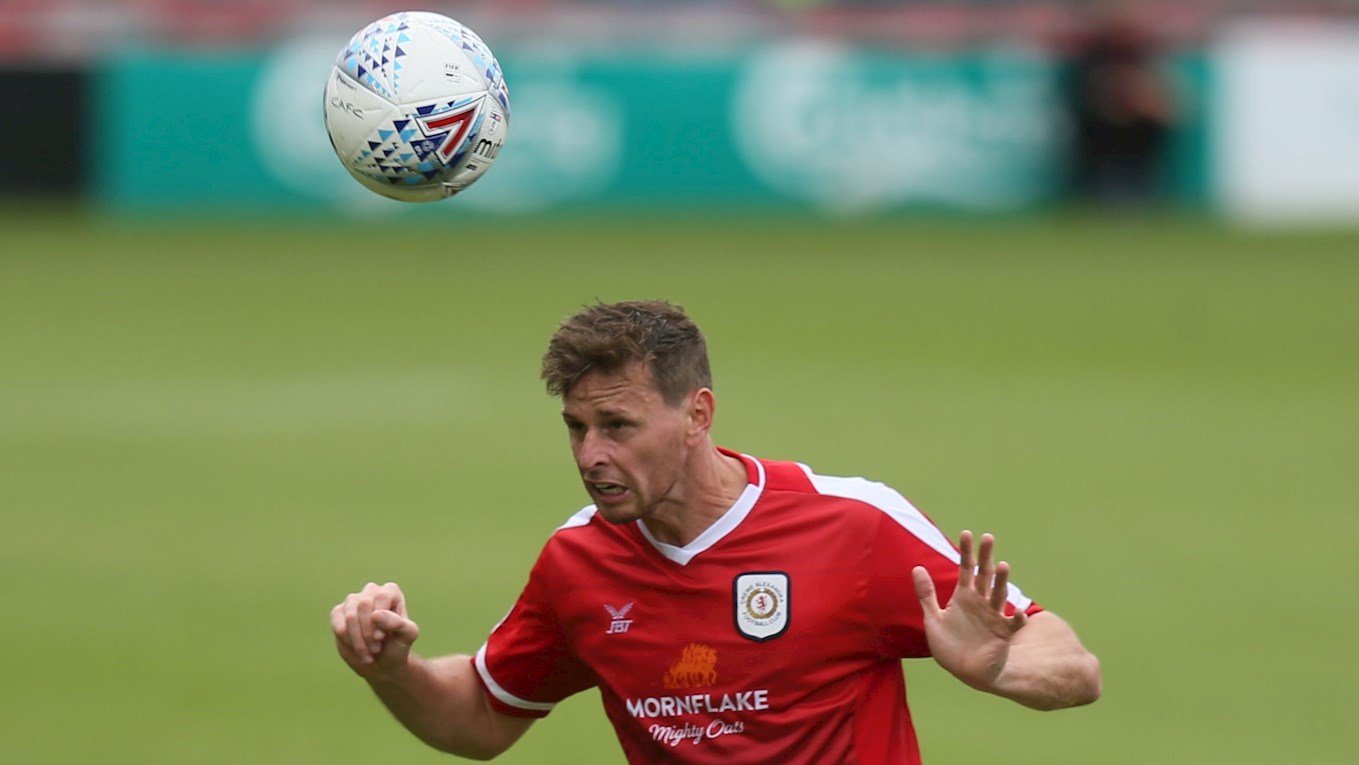 A striker who has scored frequently wherever he’s been, Porter has again been in a rich vein of form in-front of goal in 2019/20 after getting off the mark with a double at Oldham Athletic then scoring in the Carabao Cup victory at Middlesbrough.

Heading into his third season with the Railwaymen, Porter has scored 30 goals from 83 appearances during his time in Cheshire and his spells at other clubs have been just as fruitful. 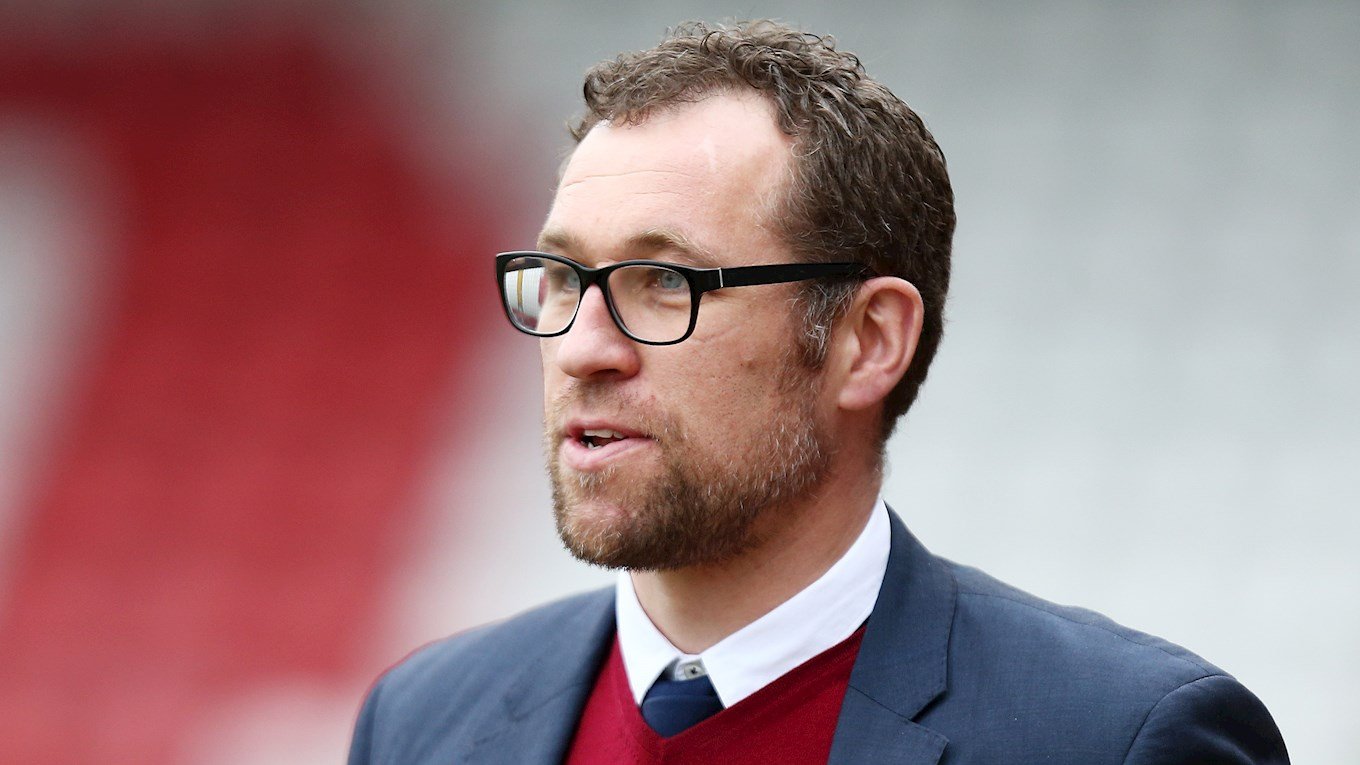 Since taking over in the hot seat of the Cheshire outfit just over two and a half years ago, David Artell has slowly but surely been ascending the club further and further up the table every season.

Joining the club initially in July 2014 as Academy operations manager – a role he twinned whilst playing for Bala Town – Artell clearly impressed and was appointed as first-team manager on 8th January 2017 with the club dangling precariously over the drop-zone in League Two.

A run of four wins from five helped the Railwaymen finish in 17th position, before it was 15th in 2017/18 and into the top half last season when completing the campaign in 12th position – six points off County in the final play-off spot.

Just like 12 months ago, Artell again has his charges sitting atop of the League Two table and he’ll be hoping they stay somewhere near that come May 2020.

Meetings between the two sides in the 2018/19 campaign 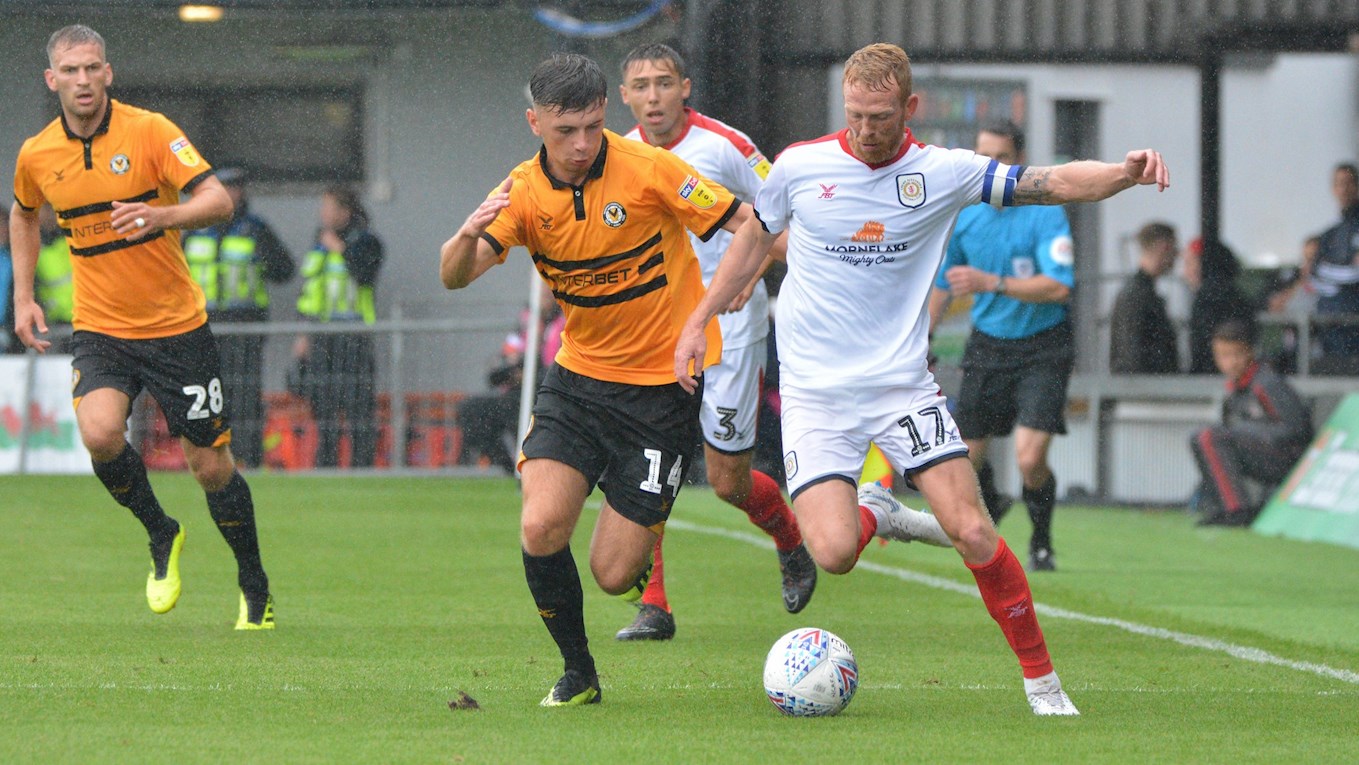 Newport County AFC and Crewe Alexandra had some of the best home records in League Two last season, so it was no surprise that both sides secured victories in-front of their own supporters against each other.

Alongside Bury FC, County had the best home record having accumulated 48 points from a possible 69, while Crewe were one of four teams to finish just a point shy of the haul from the Exiles and the Shakers.

County were the first of the two to host the other and it resulted in the first three-point haul of the campaign for the South Wales outfit after Padraig Amond’s first half header in the first half was enough for a 1-0 victory on 11th August.

In the reverse fixture on 12th January, County should have made it back to back victories against the Railwaymen but Crewe somehow snatched victory from the jaws of defeat - the home side taking the lead on 34 minutes through Jordan Bowery.

After the restart, the Exiles turned the contest on its head as Antoine Semenyo and Amond struck on 66 and 76 minutes respectively. There was to be more twists, however, and County threw the points away when Chris Porter dispatched a penalty on 89 minutes before Callum Ainley fired home deep into stoppage time. 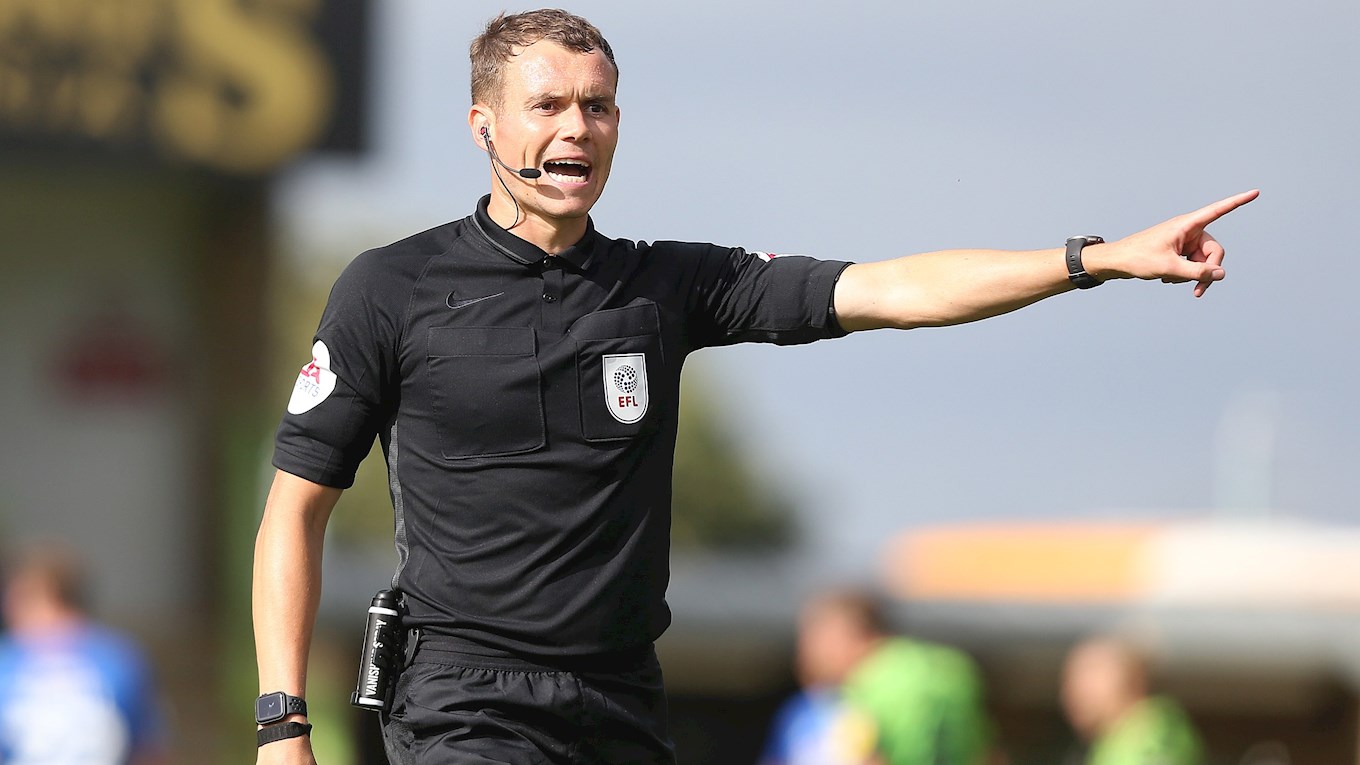 One of the referees promoted up to the Football League at the start of the campaign, Leigh Doughty will officiate Newport County AFC for the first time when he takes to the field at Rodney Parade on Saturday.

Thus far this campaign, Doughty has been in charge of two matches in League Two – Cheltenham’s 4-1 victory over Scunthorpe United on 10th August and Forest Green Rovers’ victory over Grimsby Town a week later. Three yellows were awarded across both matches.

Those statistics follow on from the one solitary season he spent in the National League during 2018/19. Doughty officiated 16 matches – one of which came during the play-offs – giving out 38 yellows and two reds across the entirety of the campaign.