Newport County AFC will be looking to maintain their club record unbeaten Football League record when they travel to Forest Green Rovers on Saturday. Both sides suffered defeat in the Carabao Cup in midweek but its been a solid start to the league campaign for teams who finished in the play-offs last time out. 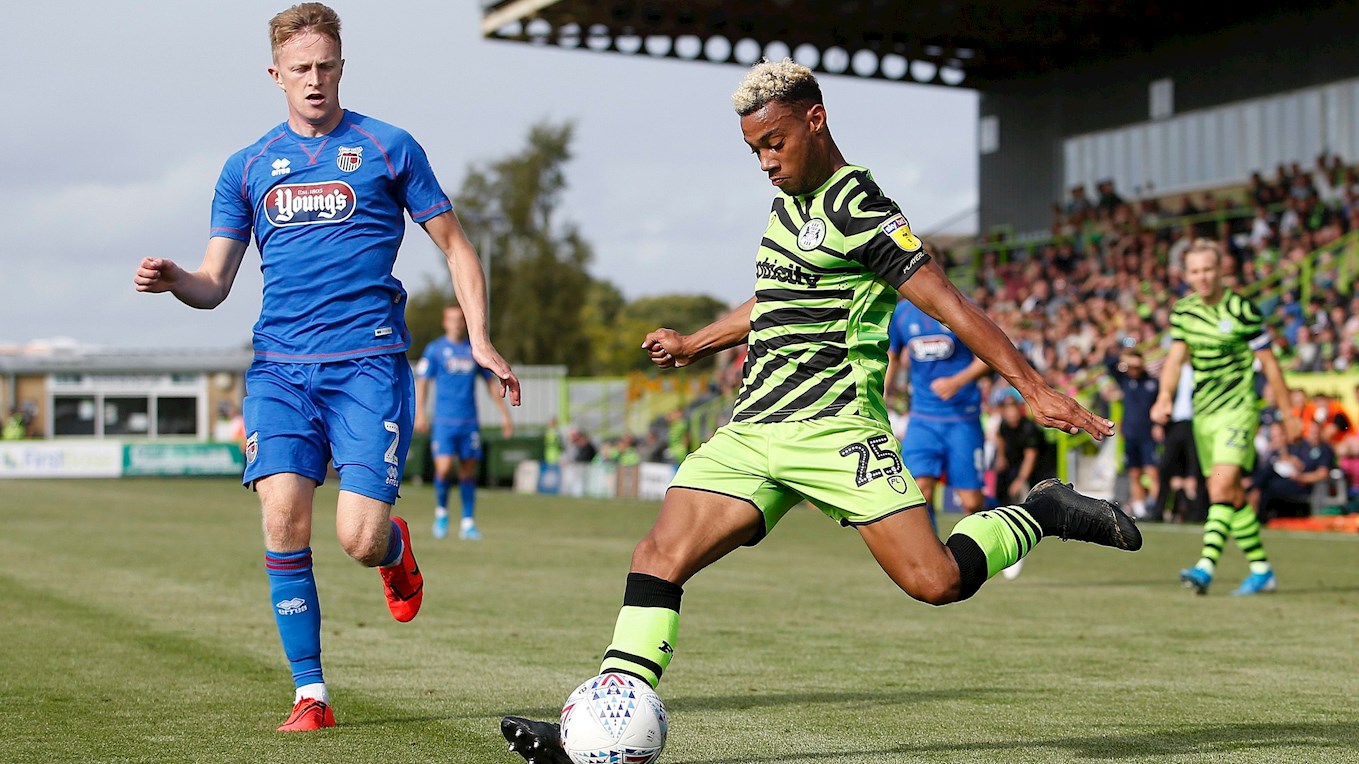 County seem to be making a habit of facing sides when they sit near the top of the table and for the third week in succession, the Exiles will have to face a team currently within the top three of the League Two table.

Forest Green Rovers are currently third in the table on 10 points behind league leaders Exeter City by one point and trailing favourites Plymouth Argyle solely by goal difference.

They currently boast a 100% record at The New Lawn following slender 1-0 victories over Oldham Athletic and Grimsby Town, while they became the first team to win at Bradford City in 2019/20 on Saturday alongside defeat at Port Vale and draw against Grimsby Town. 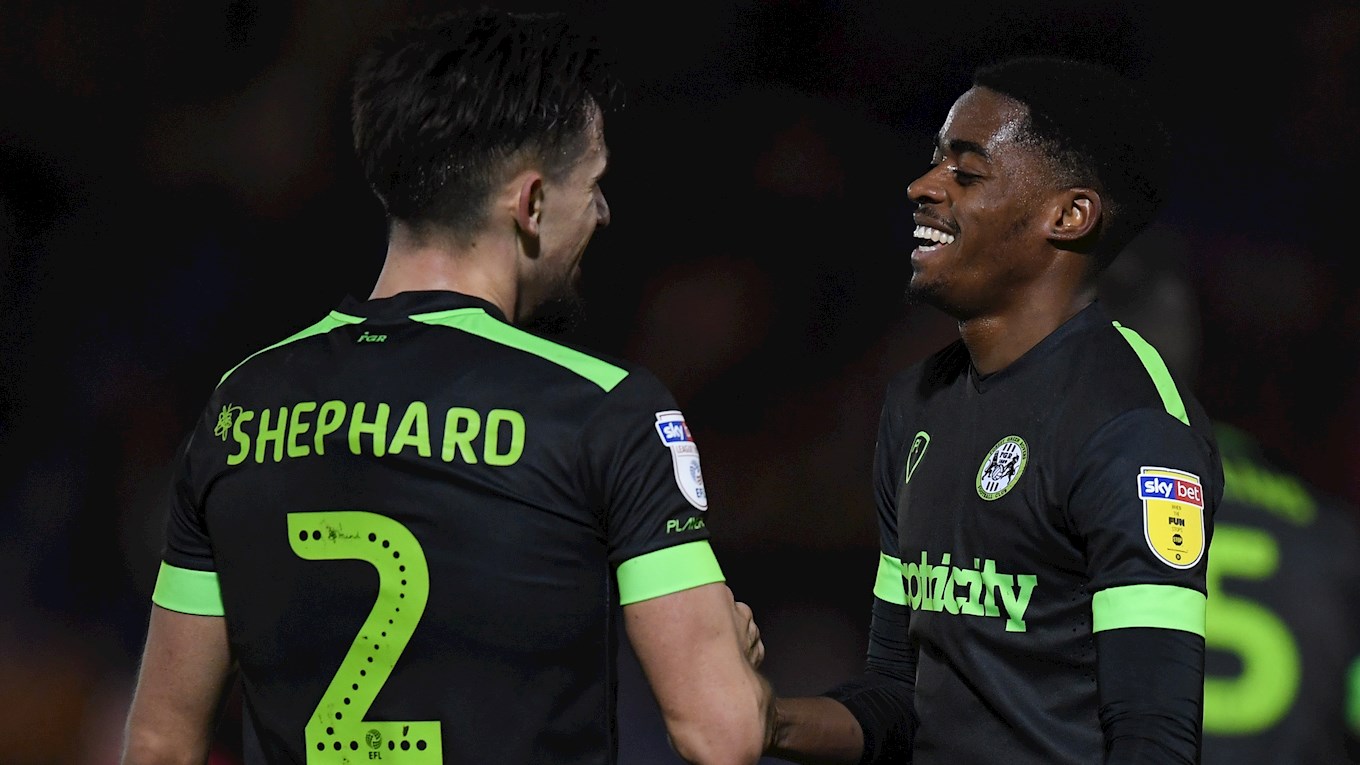 Rovers manager Mark Cooper made five changes to his side for Wednesday’s penalty shootout defeat to AFC Bournemouth in the Carabao Cup, but after an encouraging performance in normal time, he will have to decide how many players will come back in.

Defender Liam Shephard is the only injury absentee for the Nailsworth outfit who could bring ex-Exiles Aaron Collins and Shawn McCoulsky back into the starting side.

One to Watch – Joseph Mills 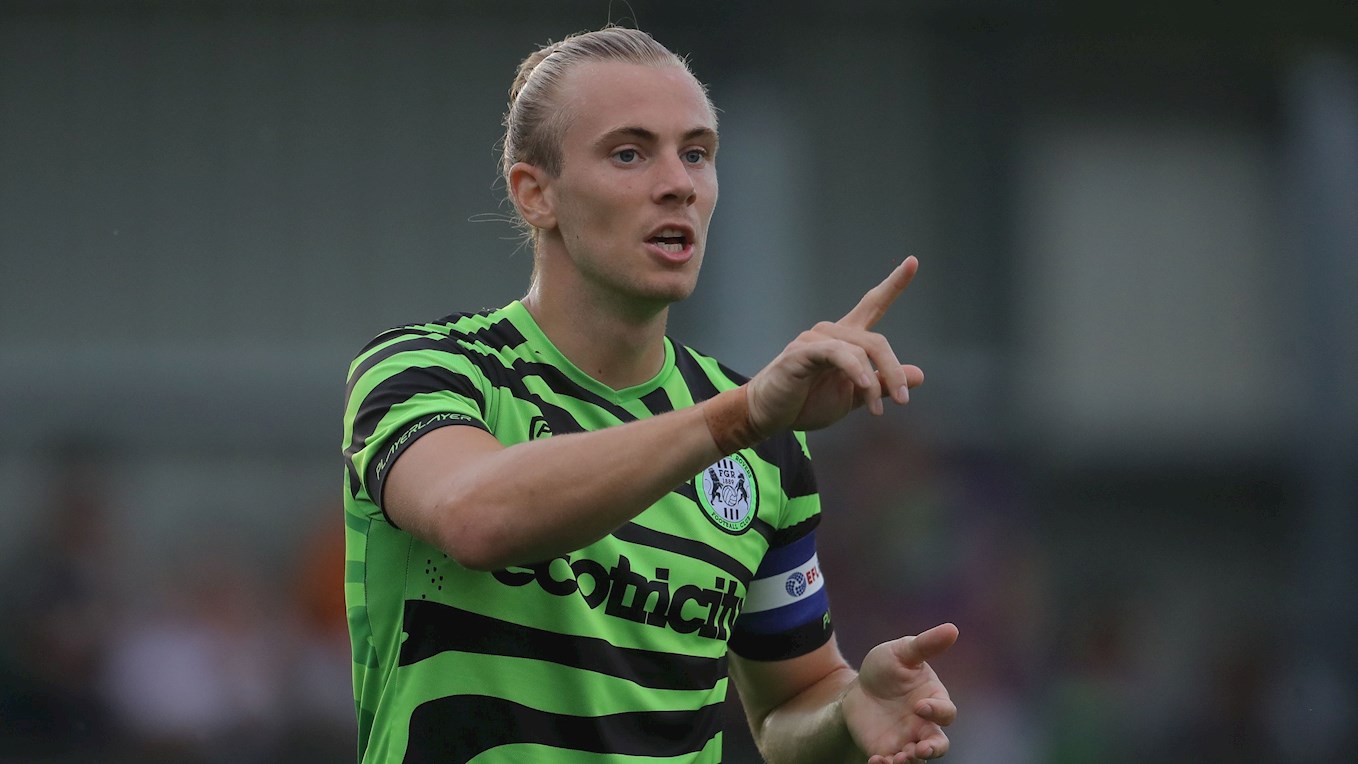 All three of those goals have come away from home and County will be hoping that’s a pattern that continues certainly in the short term with Mills getting all his goals last season in Nailsworth in a complete role reversal. 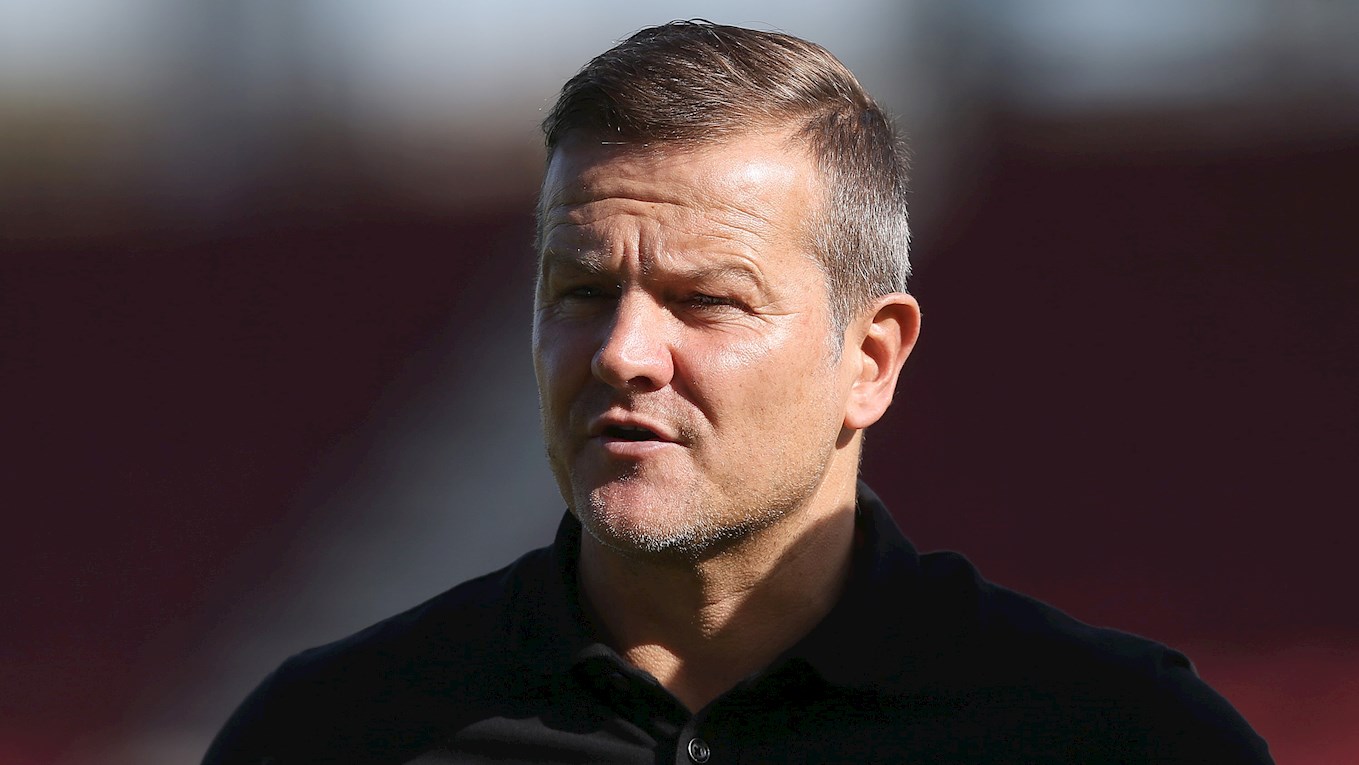 A highly experienced manager having taken charge of over 650 matches across a multitude of divisions, Mark Cooper will be looking to continue a positive stint at Forest Green Rovers which has seen him reach the play-offs in two of his three seasons in charge.

He was the man to take Rovers into the Football League for the first time in their history in 2016/17 and two years later got to the League Two play-offs before losing to County’s conquerors Tranmere Rovers at the semi-final stage.

An FA Trophy winner from his time in charge at Darlington, Cooper has also been manager of Tamworth, Kettering Town, Peterborough United, AFC Telford United, Swindon Town and Notts County. 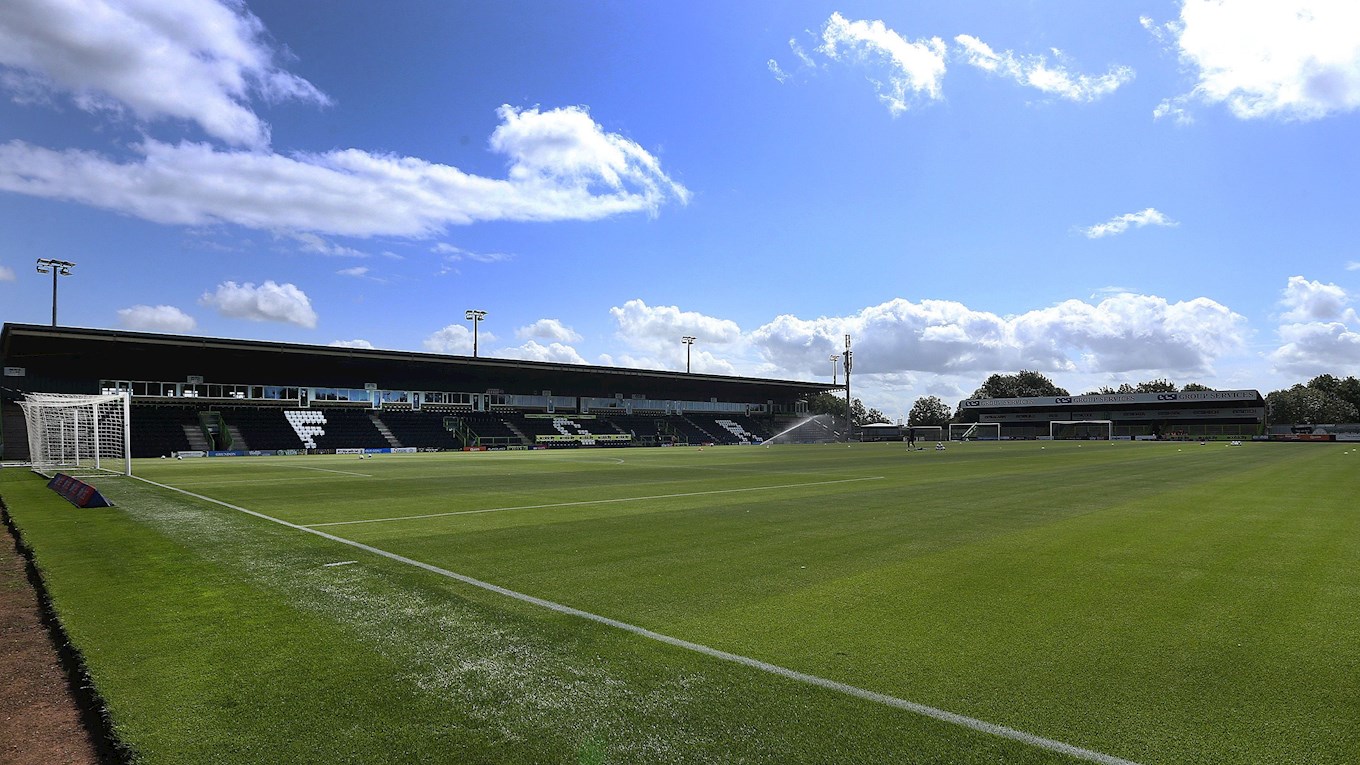 A stadium often frequented by Newport County AFC and its supporters, The New Lawn is one of the closest to Rodney Parade by distance and it is therefore expected that numerous away supporters will make the trip.

One of the smaller stadiums in the Football League, the official capacity is 5,140, split between seated and terraced areas. All away supporters will be in areas that run alongside one side of the pitch, with up to 1,200 supporters available to be accommodated.

Saturday’s game will be the ninth visit to The New Lawn for County who have a mixed record in previous trips but an excellent one in Football League matches. 815 supporters travelled for the 4-0 victory in 2017/18, while 964 were there last season for the 1-1 draw. 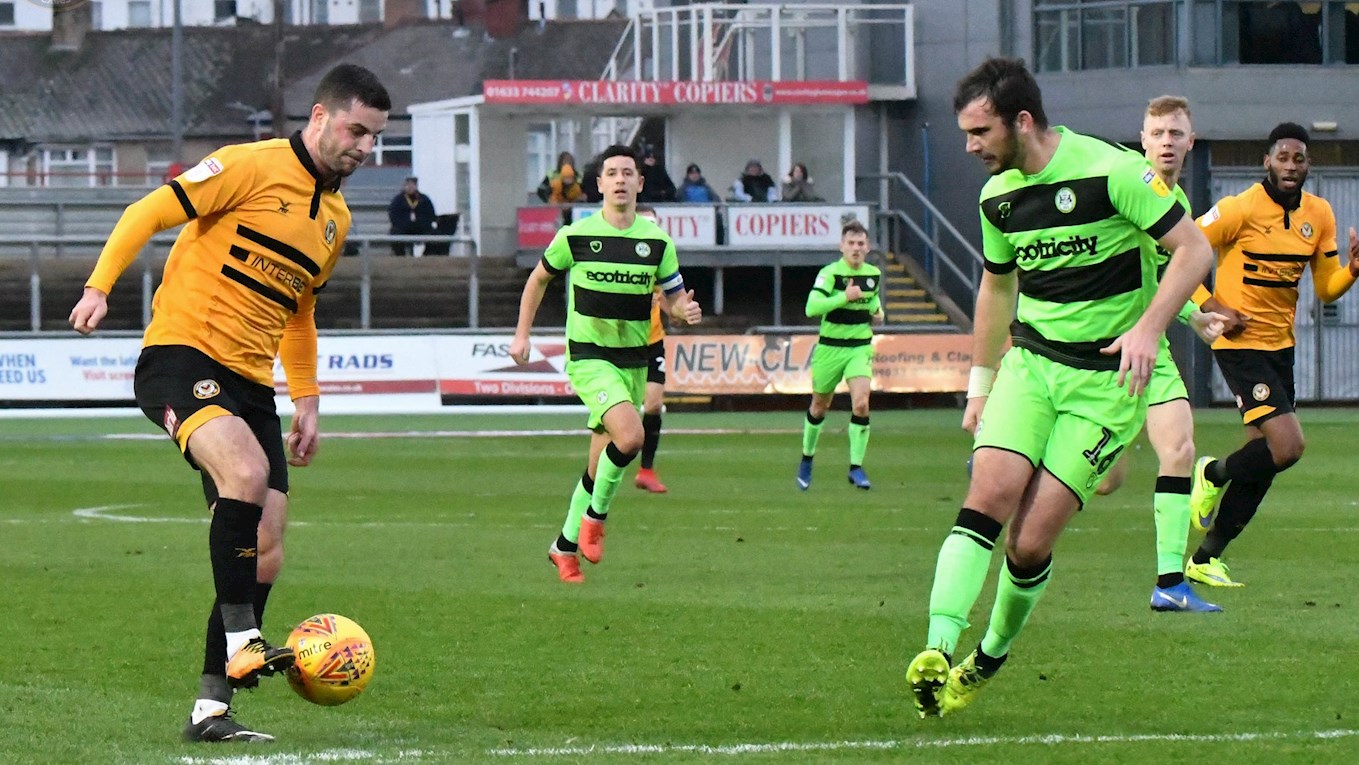 For the second successive season, matches between Newport County AFC produced a plethora of goals – there were 12 in 2017/18 and seven last season – but the Exiles could only take one point from the contests.

They will look back and think they should have won at The New Lawn on October 6th 2016. A beautifully crafted team move saw Padraig Amond sink a low shot into the bottom corner to cancel out a Scot Bennett own goal, while Mickey Demetriou missed a late penalty.

In County’s 2012/13 promotion season from the Conference, they beat Forest Green on Boxing Day of that campaign, but Rovers finally got their revenge six years later with victory at Rodney Parade.

It was a late Christmas present for Rovers supporters who’d travelled to South Wales as they saw George Williams score a stunning hat-trick – including a 35-yard free-kick – and Tahvon Campbell also found the target. Padraig Amond made it 2-1 with a penalty. 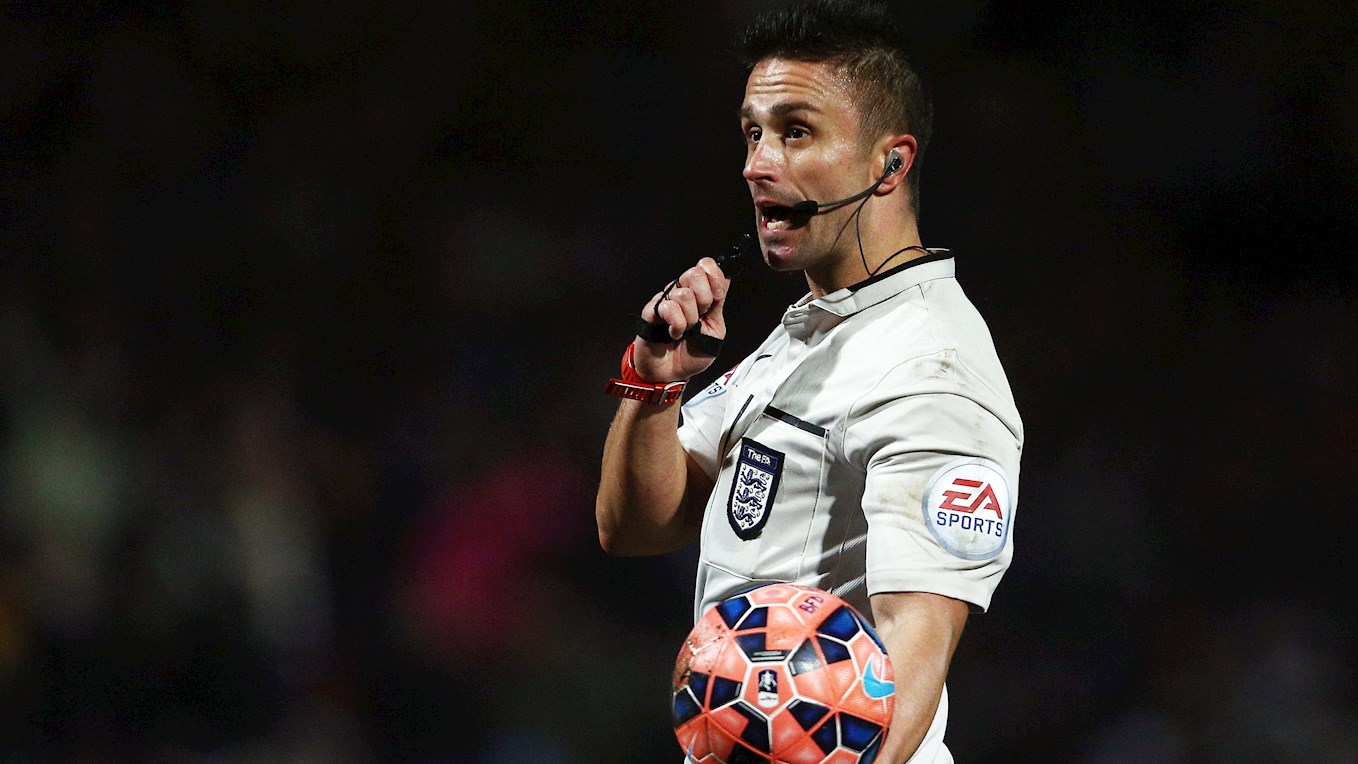 A highly experienced man in the middle having officiated as high as the Championship, James Adcock appears to be returning from a sabbatical, having only refereed one match last season and none the year before – Oldham Athletic’s victory over Grimsby Town in March.

Thus far this season, Adcock has refereed four matches in the Football League, brandishing 22 yellows and one red, the last of which came on Saturday as Scunthorpe United were rooted to the foot of the table after defeat at Macclesfield Town.

Adcock’s last full season as a referee came in 2016/17 where he presided over matches right the way across the Football League, giving out 88 yellow cards and two red cards from 28 matches. 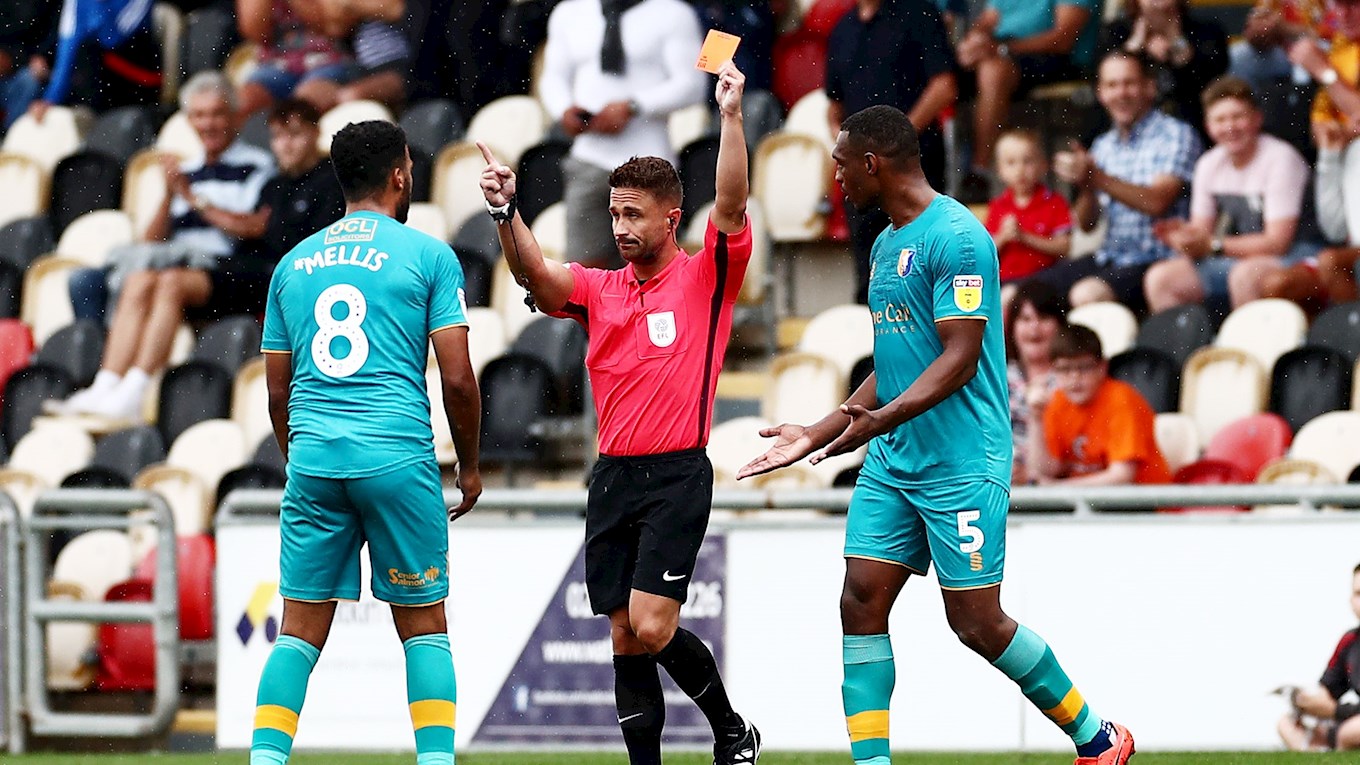 Adcock has refereed a match involving Newport County AFC on three previous occasions in League Two. Something will have to give on Saturday as the Exiles have won one, drawn one and lost another of the prior matches.

He has already presided over a County fixture this season having been the man in the middle during the opening day 2-2 draw with Mansfield Town on August 3rd. Seven yellows were awarded in total, Padraig Amond and Joss Labadie from a County perspective, while Jacob Mellis was dismissed for the visitors.

There is then a break in fixtures until the 2015/16 campaign when County suffered a 1-0 defeat to Portsmouth at Rodney Parade on October 17th. Scott Barrow saw a yellow waved in his direction.

The remaining County fixture refereed by Adcock came on May 3rd 2014 as the Exiles prevented Rochdale winning the League Two title with a 2-1 success at Rodney Parade. Ryan Jackson saw red, while Lee Minshull was cautioned.