Newport County AFC will be hoping to defeat higher league opposition in the Carabao Cup First Round on Tuesday night when they travel to League One Gillingham. The Exiles have earnt themselves the name of cup giantkillers in the past two seasons with some magnificent performances, while Gillingham will be looking to avoid a shock when also trying to secure their first victory of the campaign.

Here, find all the facts and statistics ahead of this Carabao Cup First Round encounter…

How they’ve started the League One campaign 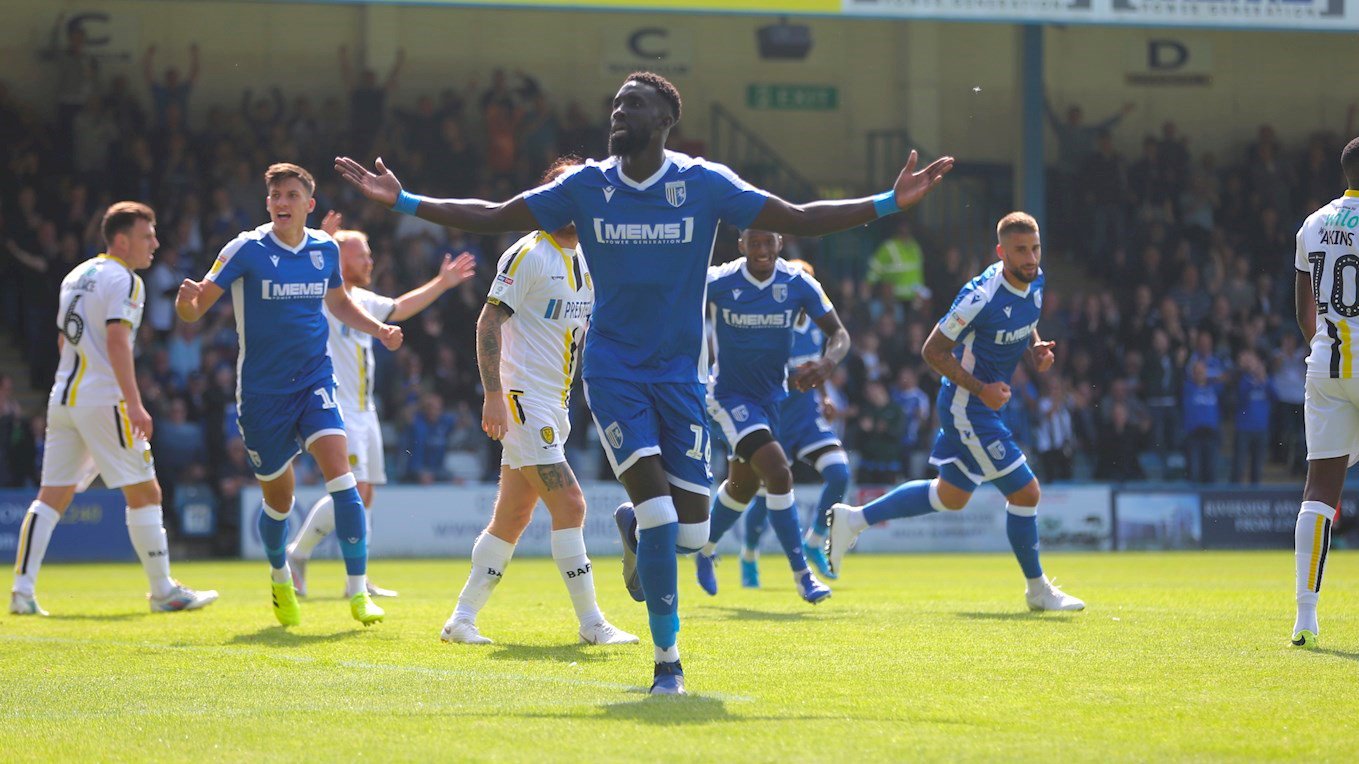 It’s not been the easiest of starts to the 2019/20 campaign for Gillingham who currently reside in 16th place of the League One table having only accrued one point from their opening two fixtures.

On opening day, the Gills were held to a 1-1 draw at last season’s play-off semi-finalists Doncaster Rovers. Kieran Sadlier’s stunning volley for Rovers ensured a draw in the battle of the new managers – Darren Moore and Steve Evans – after Alex Jakubiak had opened the scoring.

Last Saturday, their first home game of the new campaign got off to a perfect start but ended in disaster after a 2-1 defeat to Burton Albion. Summer signing Ousseynou Cisse tapped home after seven minutes for Evans’ side, but two goals from Nathan Broadbent late in the first half turned the game on its head.

Gillingham manager Steve Evans appears to have virtually a fully fit squad to choose from ahead of welcoming the Exiles to Kent on Tuesday night.

Only former Manchester United midfielder Matty Willock is an injury doubt with a slight muscle strain, although Evans may decide to rotate his squad further and give fringe players a runout for this cup fixture.

One to Watch – Stuart O’Keefe 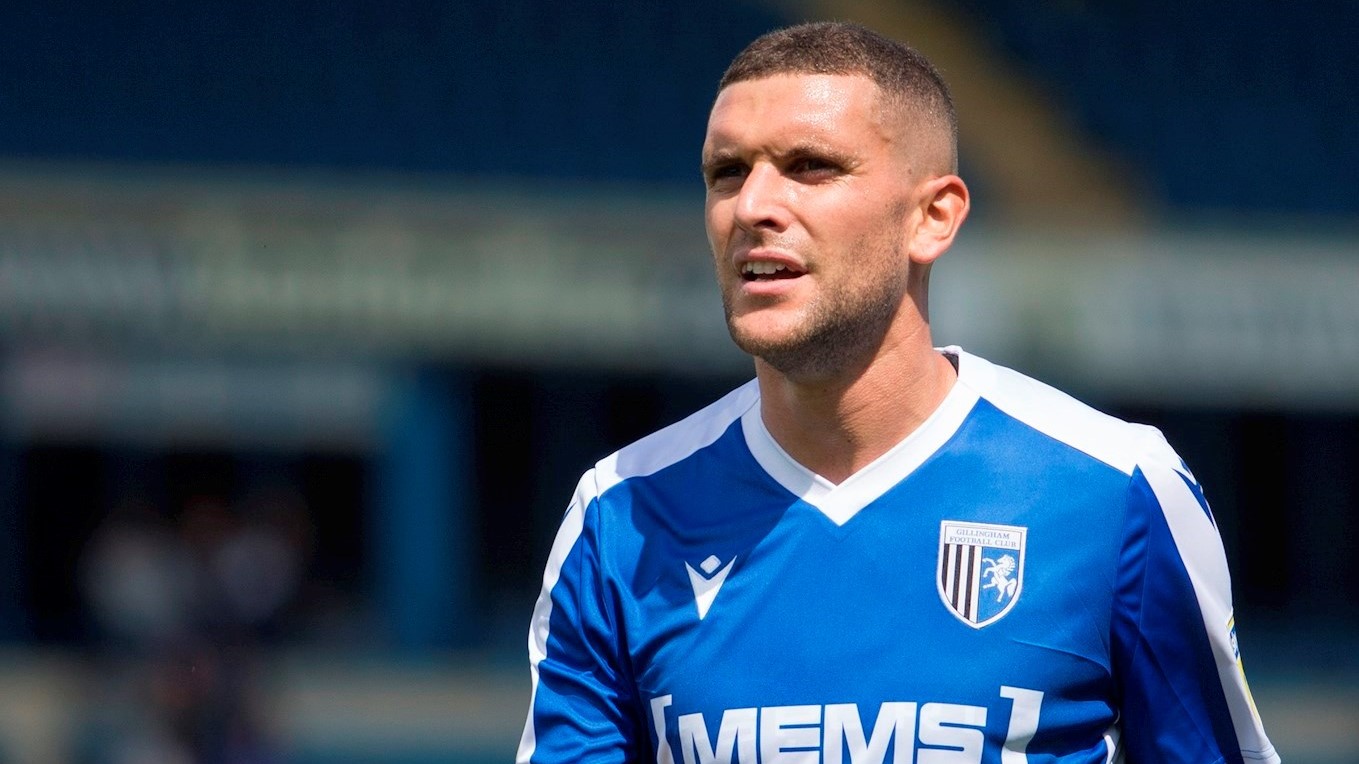 A shrewd summer signing on a free transfer, experienced midfielder Stuart O’Keefe has a wealth of experience in the top three tiers of English football and will provide Gillingham with a solid platform to build upon in the 2019/20 season.

Starting his professional career in League One with Southend United in 2008/09, some impressive performances caught the eye of Crystal Palace and O’Keefe was part of the side which secured promotion to the Premier League in 2012/13.

He made a total of 14 top-flight appearances with the Eagles and a loan spell with Blackpool before moving to Cardiff in January 2015, making numerous appearances but spent the last few seasons mostly out on loan.

O’Keefe spent time with MK Dons, Portsmouth and Plymouth Argyle before his release from the Welsh club, moving to Gillingham on 11th June 2019. 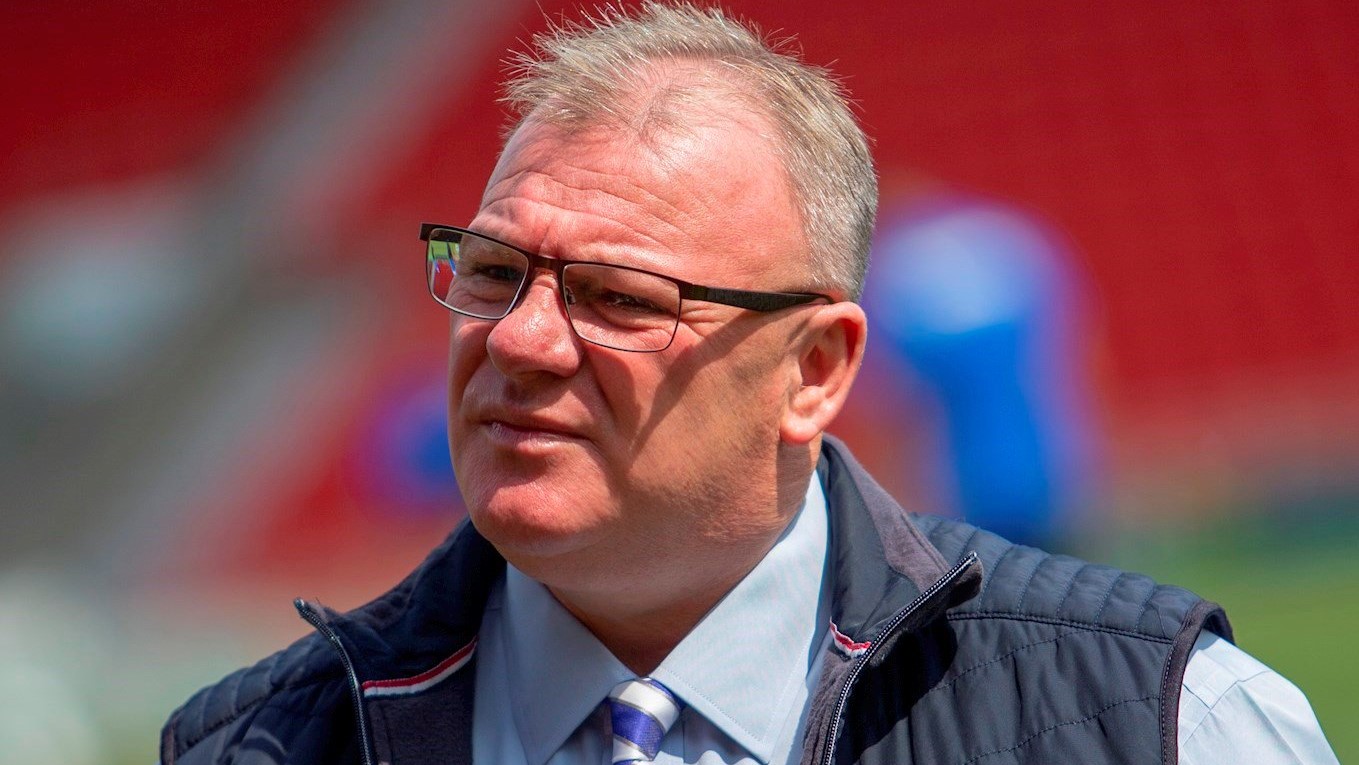 A highly experienced Football League manager, Steve Evans only took over at Gillingham this summer but has done some notable business in his first transfer window to give the side a chance of having a good season in League One.

A perennial promotion winner, Evans won two titles as manager of Stamford in his first ever managerial position, before taking over at Boston United and taking them all the way from the Southern League Premier Division into the Football League for the 2002/03 campaign.

After leaving and coming back to Boston, Evans moved on to Crawley Town and took them to the Conference title in 2011, before leaving the club late in the next campaign to take over at Rotherham United – Crawley were subsequently promoted to League One after good work from Evans before his departure.

His spell at Rotherham again brought success, the Millers were League Two runners-up in 2012/13 and then won the League One play-offs the following campaign.

Less fruitful spells at Leeds United, Mansfield Town and Peterborough United then followed, before he took over at Gillingham in June of this year. 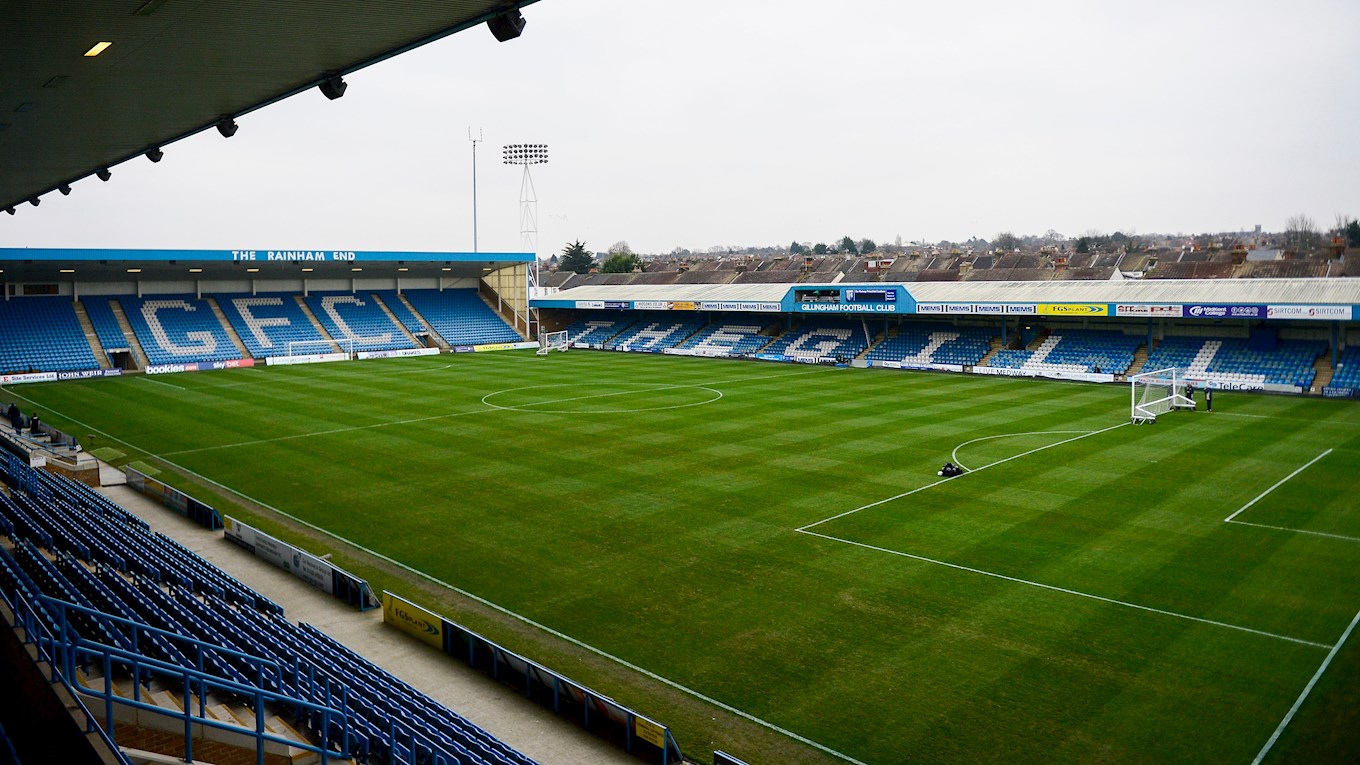 Likely to be a new stadium to tick off the list for the majority of Newport County AFC supporters, Priestfield is one of the older stadiums in the Football League having been home to Gillingham since their inception in 1893.

An all seater stadium since redevelopment in the 1990s, the current capacity is 11,582, with the highest ever attendance coming in January 1948 for an Emirates FA Cup tie with Queens Park Rangers. A 1-1 draw was played out in front of 23,002 spectators.

This will be the first time Newport County AFC have headed to Priestfield since the reformation of the club in 1989. 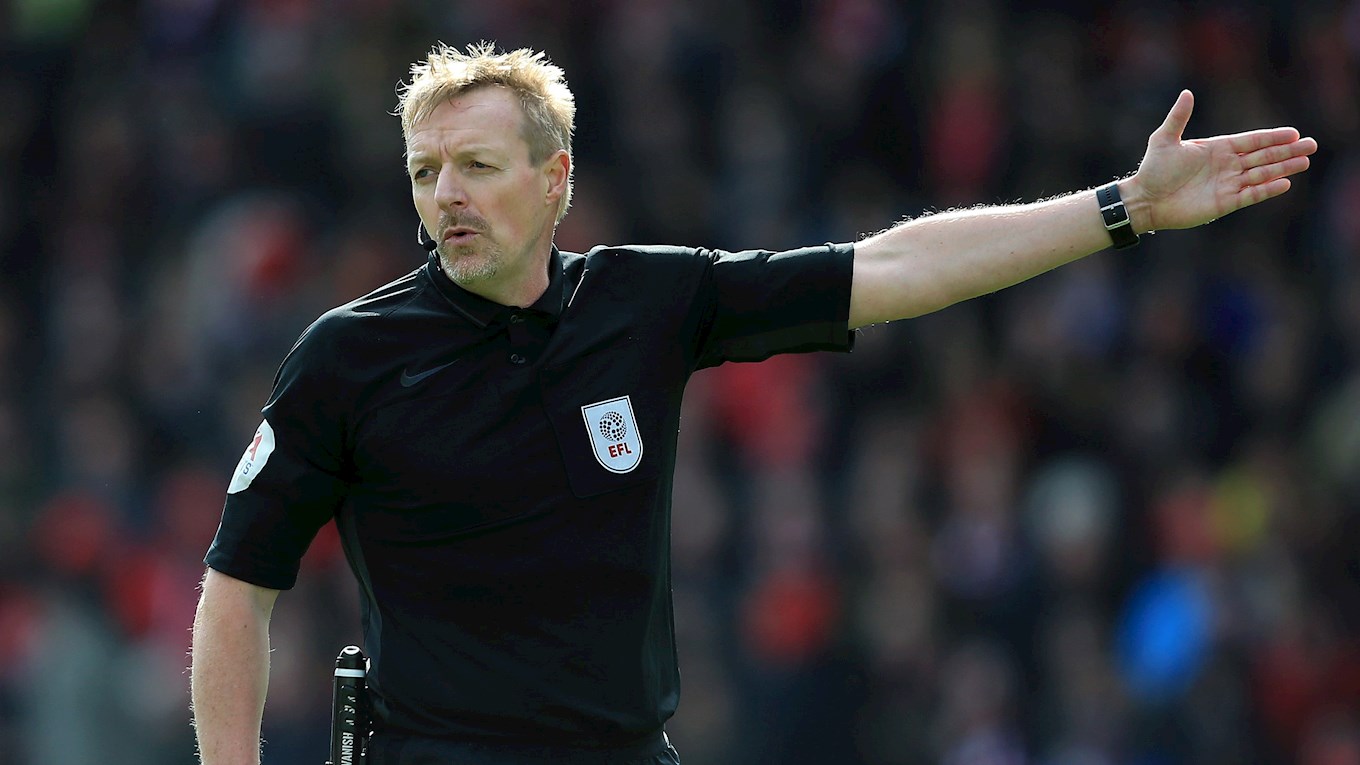 Trevor Kettle is currently embarking on his 17th full season as a Football League referee and has officiated one game so far in the 2019/20 season.

It came on Saturday as Doncaster Rovers scored a stoppage time equaliser to salvage a 1-1 draw at Rochdale AFC. Three yellow cards were awarded at The Crown Oil Arena.

This minimal statistic follows on from the 41 matches Kettle presided over in 2018/19, where he brandished 171 yellow cards and seven red cards across the entirety of the campaign. 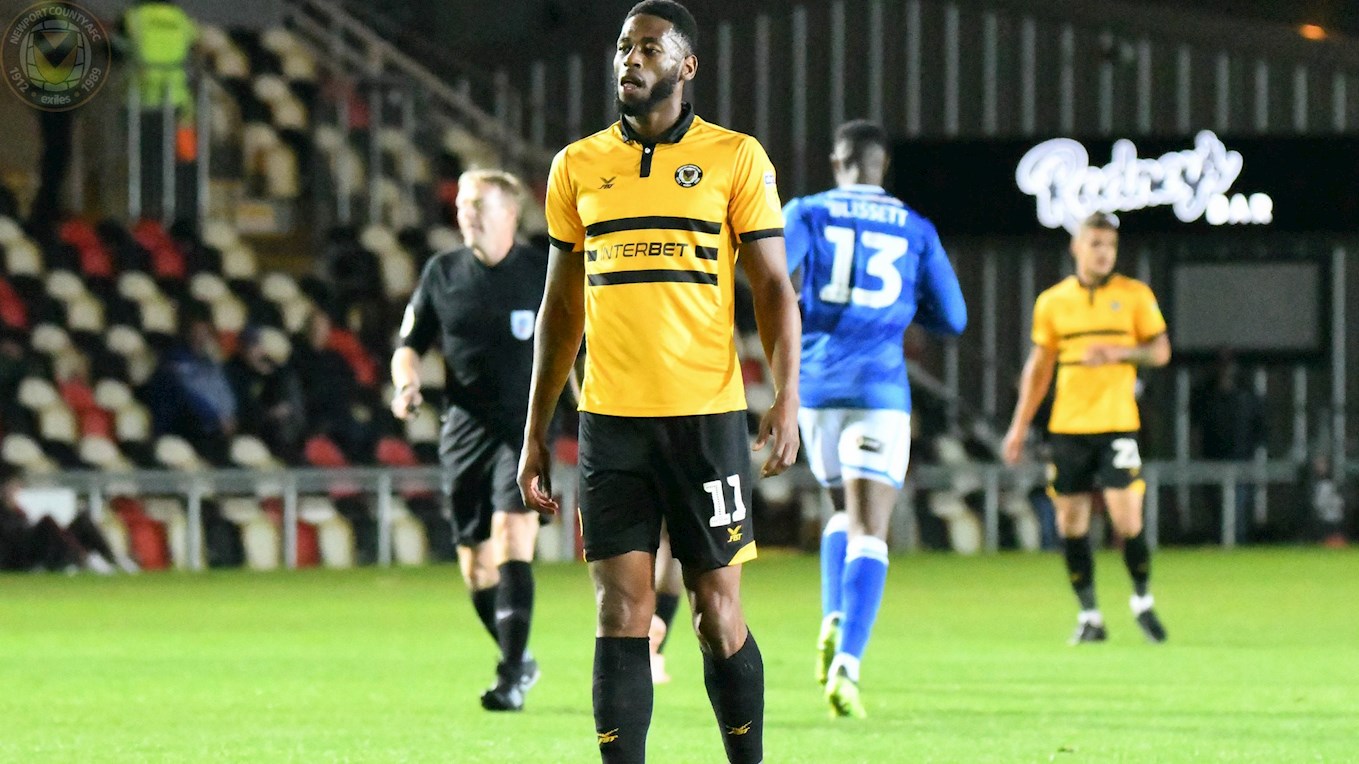 Kettle has refereed a match involving Newport County AFC on four previous occasions in the Football League. It’s fair to say the Exiles will be desperate to improve upon their record in those previous meetings having drawn one and lost a further three.

He presided over one County match last season and it saw Jamille Matt score in stoppage time to salvage a 3-3 draw with Macclesfield Town on 2nd October 2018. Ten yellows were brandished in total – Mickey Demetriou, Fraser Franks, Padraig Amond and Charlie Cooper all given a caution.

A few seasons separate Kettle’s next match involving the Exiles and it wasn’t a great day at Rodney Parade as York City secured a comprehensive 3-0 victory on 5th September 2015. Danny Holmes saw red for a second bookable offence, while Scott Barrow, Matt Partridge and Aaron Collins were cautioned.

The remaining two matches came in 2013/14 and were also 3-0 defeats for County. Andy Sandell and Robbie Willmott saw yellow as Peterborough United advanced to the next round of the Johnstone’s Paint Trophy on 6th December 2013, while Tom Naylor and Harry Worley were cautioned in defeat at Hartlepool United on 15th February 2014.

As the game is a cup match, no live showing of this fixture will occur on iFollow Exiles. However, commentary by Tim Thraves can be found at the Match Centre from 7:30pm.