Newport County AFC defender Mickey Demetriou insists he will come back stronger from the injury which has ruled him out of action for up to three months.

The 29-year old has had a plate fitted to help fix a broken fibula bone and he’s already had a successful operation to put him well back on the road to recovery.

There is a timescale of up to 14 weeks for this type of injury but Demetriou is targeting a return in around three months towards the end of November.

“No one likes getting injured,” Demetriou admitted.

“No one likes missing games and I’m not used to it at this football club. The stats speak for themselves; I’ve only missed out on one game in my two and a half years here and that was when I fractured my cheekbone.

“120 or 130 games later, I’ve got a little spell on the side lines. I can’t get too down about it, yes I’ll have a few down days, but the lads and the gaffer will help keep the spirits up.

Demetriou has currently made 132 appearances for Newport County AFC since arriving in January 2017, scoring 15 goals in the process, including a remarkable run of four goals in seven towards the back end of his first season as County pulled off the Great Escape.

The defender scored the opening goal in the season defining victory over Notts County on the final day, converting a penalty to set the Exiles on their way to pulling off a feat virtually no one deemed possible.

Before this injury, Demetriou amazingly formed part of the matchday 18 in every fixture bar one since Michael Flynn took charge of the club on March 9th 2017, that coming in a CheckaTrade Trophy encounter with Forest Green Rovers.

It’s been an amazing run for Demetriou and he’s says he’s determined to start another succession of appearances akin to this previous lot when he returns to match fitness.

“I’ve got full faith in the squad that they will cope without me,” he added.

“We’ve got some really good players and I’ll enjoy watching them play well until I can get myself back out there. Until I’m back, the boys can take it on themselves and I’ll be fighting in training to get myself back to fitness.

“Since I’ve been here, the games I’ve played in have always counted for something – only missing one game since the gaffer took over.

“It’s a proud record I have, and I’ll be looking to start that record back up as soon as possible.” 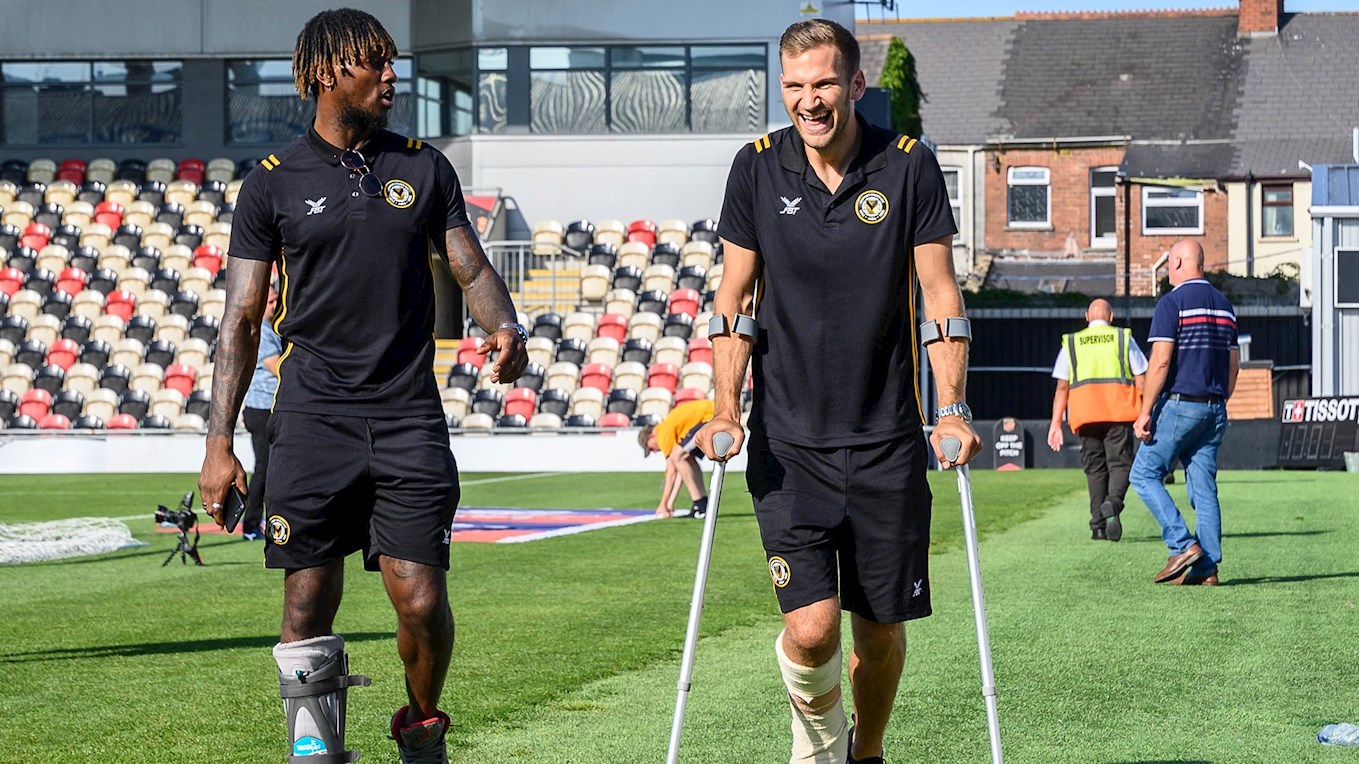 Since the confirmation of the injury, Demetriou has since been back over to the Club’s Newport Stadium training base to cast a watchful eye over proceedings and offer advice to his fellow defenders when applicable.

He was also present during the recent matches at Rodney Parade against Crewe Alexandra and West Ham United where he received a vociferous round of applause from the supporters as he made his way around the pitch.

And Demetriou wanted to place on record his appreciation for the outcry of support he’s received from the Newport County AFC fans since the news broke of the severity of his injury.

He affirmed: “I thanked the fans myself on my own social media accounts because even before I found out the full extent of what had happened, I had messages saying get well soon, hope it’s a speedy recovery.

"Of course there will be tough days having to watch the boys from the side lines and not being able to play and help them on the pitch. But the players, management and supporters will always pick me up.

“It was humbling to see the support and appreciation which I received while making my around the pitch at the recent games with Crewe and West Ham.

“I tried my best to thank all the supporters individually at the time at the stadium but I would also like to reiterate that appreciation again.

“The support has been magnificent from the day it all happened, the messages I received that evening and the day after wishing me a speedy recovery, and I can only thank the supporters once again for their help and support as I fight to come back stronger from this injury.

“I’m already nearly two weeks into my recovery and I’ve started doing a few sessions in the gym as well which has made the time go quicker. I’m just looking forward to getting back out on the pitch with the lads.”