Mickey talks exclusively to Ryan Robinson after today's 1-1 draw against Stevenage - his first competitive game since his injury 17 weeks ago.

Mickey Demetriou admits he’s ‘buzzing’ to be back after making a welcome return from a four-month injury layoff during the draw with Stevenage at Rodney Parade.

Demetriou suffered a break in his fibula bone and damage to his syndesmosis joint during the victory over Plymouth Argyle on 17 August.

The initial plan wasn’t necessarily for Demetriou to start the contest yesterday but injury and illness to Kyle Howkins and Ryan Inniss respectively meant a start from the off, he came through the full 90 minutes unscathed although admitted he was feeling it afterwards following a determined performance.

His return to fitness coincides with the beginning of the hectic Festive period and Demetriou exclusively told iFollow Exiles of his eagerness to kick on and help County amass points at this ‘crucial’ stage of the season.

On the draw with Stevenage...
“It felt really good, obviously it would have better if we could have got the win but we’ll take a point, it stops the rot we’ve been in. Credit to the boys because we fought to the end like we always do and that’s something we pride ourselves on.

“We’ll never give up and we showed it with the 92nd minute equaliser. We even had a couple of other chances afterwards as well so that shows how we keep going until the end.

“I’m probably happier for Jamma scoring the goal than for myself getting back on the pitch. Jamma works very hard on the pitch and in games, he’s probably one of the hardest workers in the team - up there with Podge, Tristan and maybe by himself depending on what formation we play.

“He never gives up and I’m buzzing for him, a great ball by Nursey and that’s Jamma’s bread and butter. If he gets a few more of them then I’m score he’ll stick some more in the back of the net.”

On making a welcome return to the team after 17 weeks injured...
“We took our time with the rehabilitation because we didn’t want to rush it back. I probably wanted to rush back a little bit quicker but obviously Adam [Brown], Kyler [Burns] and Binsy [Lewis Bins] said ‘no’ and kept me on a leash.

“They said that if I came back early then it could be damaging to myself and that’s not what we wanted to do. It’s 17 weeks exactly and I’m just happy to be back.

“We’ve done a lot of hard work on the training ground, we’ve gone to different places to use different equipment - for example we went over to SportsWales to use the UltraG machine when I was starting to get back into walking and running.

“It’s a big thank you to them for allowing us to use that because it helped go from walking in a boot to walking in trainers then running in trainers. If I didn’t pass that part of the rehab then I couldn’t have gone back out onto the grass.

“It was obviously a big help for us to use those facilities because some other clubs don’t get that. We’re very thankful for that.

“I’m feeling it a little bit now but I’m obviously buzzing to be back.

“I wasn’t expecting to be back starting, Ryan Inniss was unwell so that gave me the opportunity to step in and like I said in an interview earlier in the week, if the gaffer needs me then I’m ready. It turned out he did need me, I’d like to say I did okay but obviously it would have only been better if we’d got the win.”

On facing Morecambe next weekend in the final fixture before Christmas...
“We’ll have a good week of training, work on a few things, see how Morecambe have been playing and work hard again.

“That’s one thing we do all the time is work hard for each other, we work hard for the staff and the supporters as well and they do the same for us. As long as we put the effort in we can go there and win the game.

“It’s a crucial game. We need to pick up as many points as we can to start the new year properly - we’ve picked up one against Stevenage and hopefully we’ll pick up some more next Saturday to start the Festive period off right.” 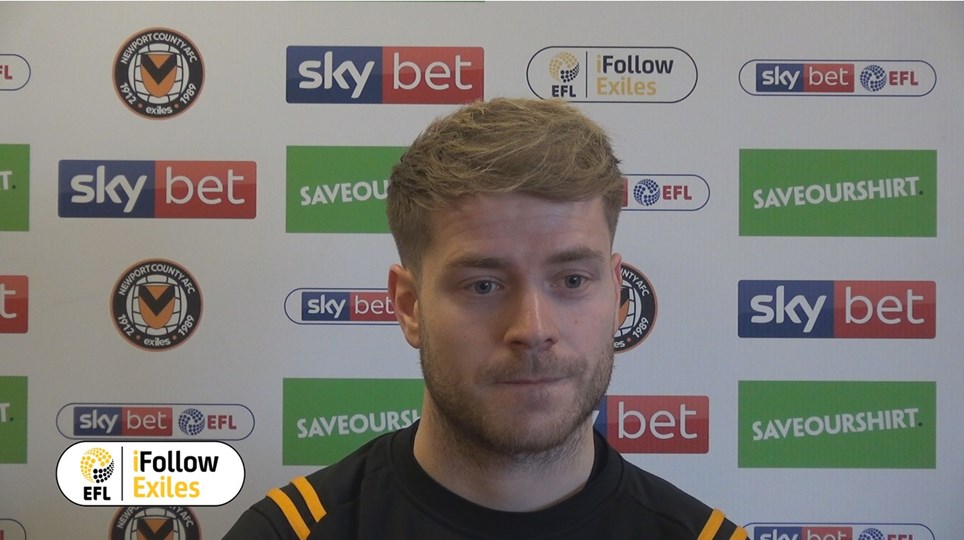 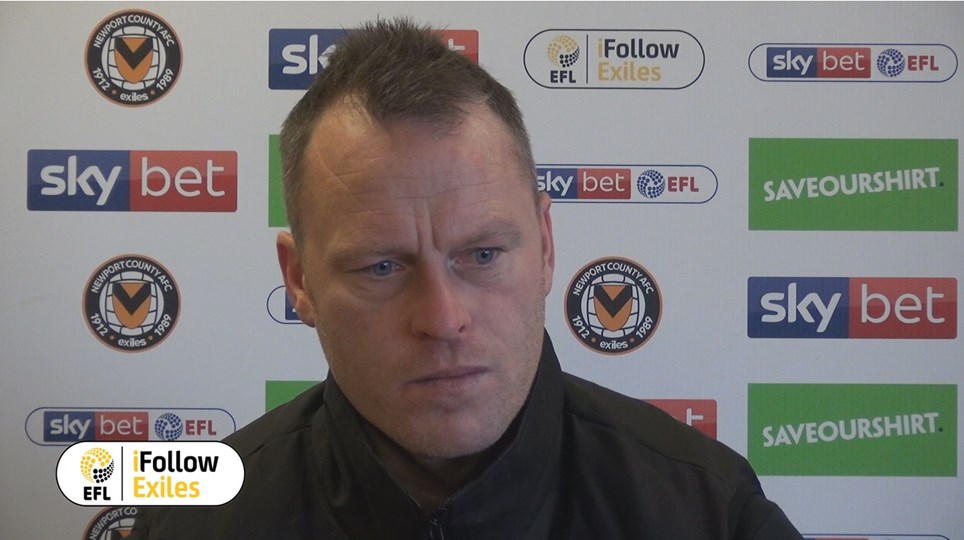 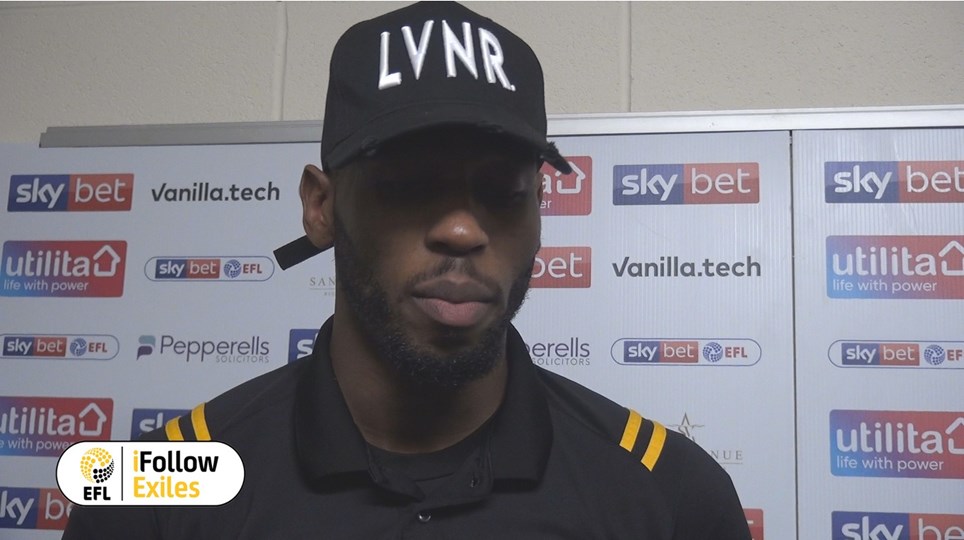 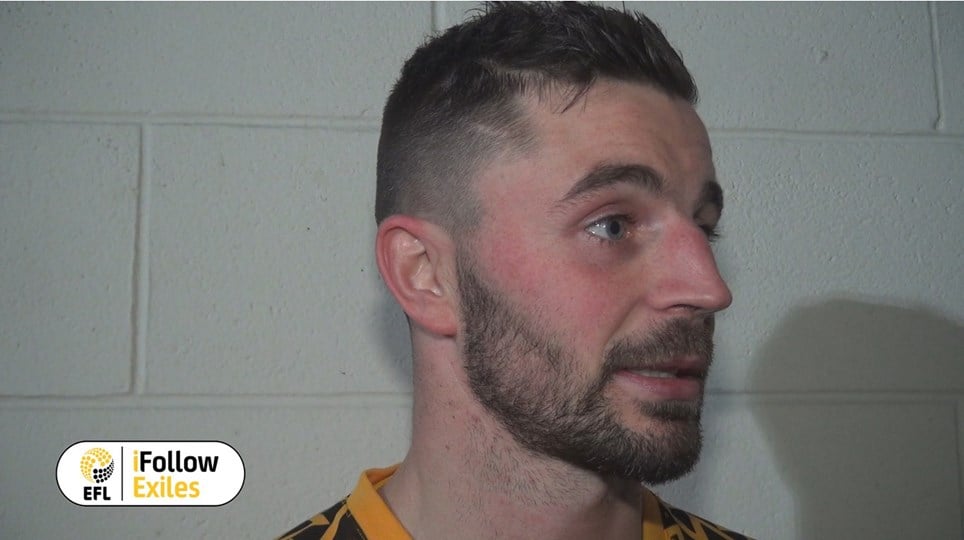