Newport County AFC will be looking to reach the Quarter-Finals of the Emirates FA Cup for the first time in their history when they host Manchester City on Saturday. The Exiles won’t need more motivation than trying to topple the current Premier League champions for the first time in a competitive fixture, whilst the Citizens will be hoping to avoid what would arguably be the greatest ever upset in the competition at Rodney Parade.

Here, you can find all the facts and statistics ahead of this Emirates FA Cup Fifth Round encounter. 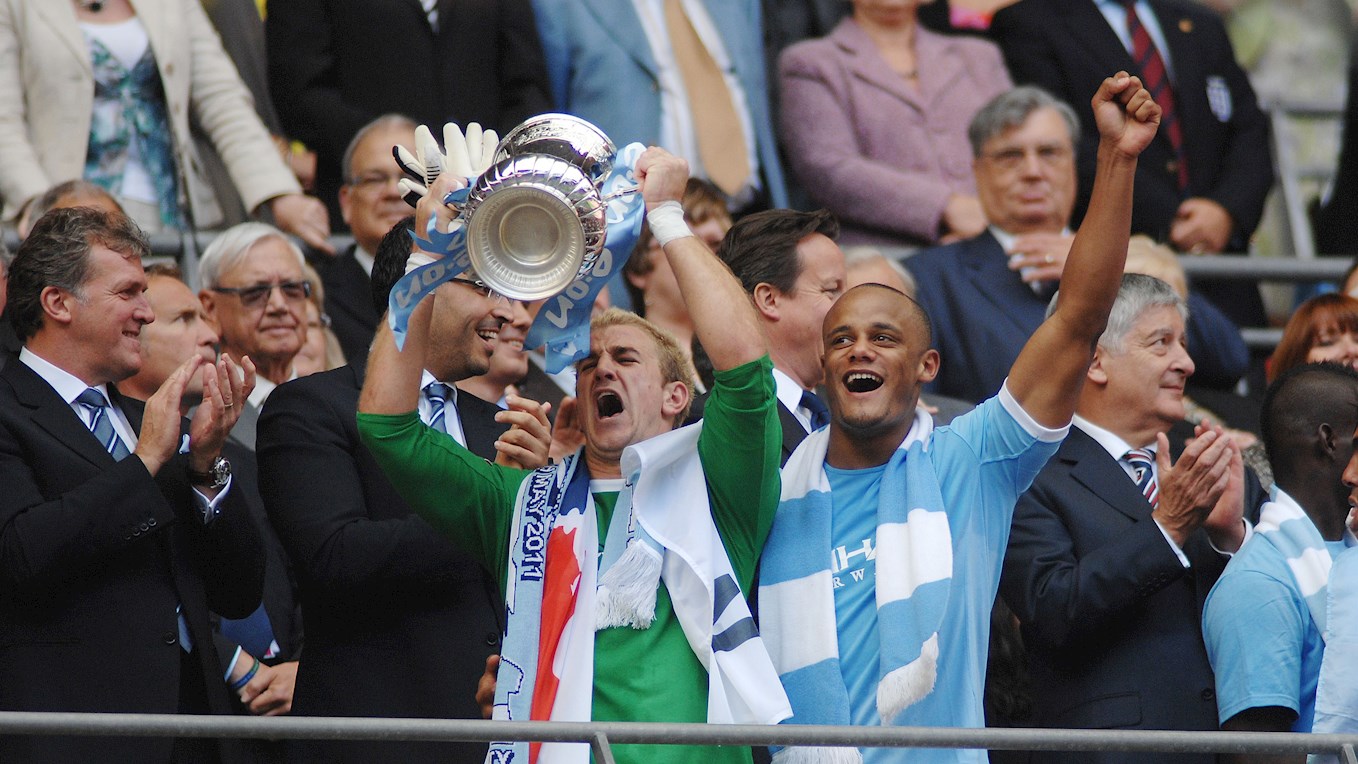 Continuing their Emirates FA Cup adventure at Rodney Parade, Pep Guardiola’s Manchester City still have a long way to go if they are to match or eclipse their best ever run in the competition.

The Citizens have lifted the prestigious trophy on five occasions meaning they trail the most successful club in this competition – Arsenal - by eight titles, starting with their first triumph on 23rd April 1904 as William Meredith scored the winner against Bolton Wanderers.

Manchester City’s third success in this competition came on 5th May 1956 as they defeated Birmingham City 3-1 in-front of 100,000 spectators at Wembley Stadium. Joe Hayes, Bobby Johnstone and Jack Dyson all scored for City that day – Noel Kinsey got one for Birmingham.

The most recent occasion in which Manchester City lifted the Emirates FA Cup came on 14th May 2011 when Yaya Toure’s volley defeated Stoke City – who were managed by Newport born Tony Pulis – 1-0. Interestingly, this was the only time when the Citizens lifted the trophy whilst wearing blue.

How Manchester City made it through to the Fifth Round 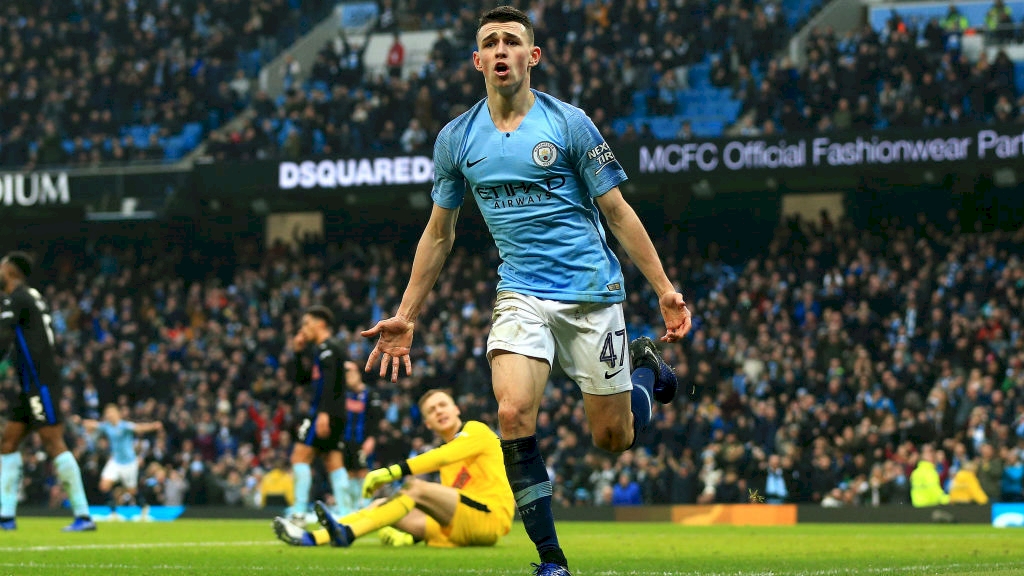 The only domestic trophy that manager Pep Guardiola hasn’t won since taking charge at Manchester City, it’s clear he’s looking to add this to the collection and has respected the competition in both of their previous matches so far this season.

The Citizens have cruised through the Third and Fourth rounds – menacingly scoring 12 goals and conceding none – and the strong sides Guardiola has chosen to field in those matches highlight how seriously he is looking to compete on all four fronts this season.

Manchester City’s 2018/19 Emirates FA Cup journey began with a home tie against Rotherham United on 6th January and the Citizens put the Millers to the sword with a 7-0 victory.

Remarkably, there were seven different goal scorers in the match – albeit one was an own goal – as Raheem Sterling, Phil Foden, Gabriel Jesus, Riyad Mahrez, Nicolas Otamendi and Leroy Sane all found the net alongside Semi Ajayi putting into his own net.

In the Fourth Round, Manchester City again showed their gulf in class as they tore apart fellow Premier League outfit Burnley 5-0 at the Etihad Stadium on 26th January.

The Citizens again profited from an own-goal to get them through – Kevin Long this time putting into his own net – alongside goals for Jesus, Bernardo Silva, Kevin De Bruyne and Sergio Aguero.

One to Watch – Leroy Sané

Let’s be honest about this, literally any first-team player or even some of the academy boys at Manchester City would arguably warrant a selection as the one to watch for the fixture – such is the strength in depth at Pep Guardiola’s disposal.

It remains to be seen what sort of side the Spaniard will choose to elect when trying to stop being on the wrong end of the biggest upset in Emirates FA Cup history, but menacing winger Leroy Sané was an unused substitute against Chelsea last weekend and will therefore likely feature at some point.

A player who has terrorised numerous Premier League full-backs since his move to the Etihad Stadium in the summer of 2016, Sane has scored 23 times from 81 Premier League matches and is on 33 goals from 117 appearances across all competitions.

This season specifically, the 23-year old has 11 goals from 31 appearances – meaning he trails his season best tally for an individual campaign by three when he netted 14 times in 2017/18 and won the PFA Young Player of the Year award.

All of his professional honours have come with the Citizens – three in total – including the Premier League and EFL Cup last season alongside the Charity Shield at the start of this campaign and he will no doubt pick up even more medals during his career.

The man bought for an initial transfer fee of £37 million – potentially rising to £46.5 million – Sane spent his entire youth career in clubs in his native Germany, playing for SG Wattenscheid 09, Schalke 04 and Bayern Leverkusen before moving back to Schalke 04 for the start of his professional career.

He made his Bundesliga debut in April 2014 and spent the next two full seasons with the club, notching up 13 goals from 57 appearances across all competitions and alerting Manchester City.

Surprisingly omitted from the 2018 World Cup squad, Sane has been capped 17 times by Germany  – scoring twice, against Russia and the Netherlands both in November 2018.

He’s won just about everything available in club football, but the Emirates FA Cup is still the one trophy Pep Guardiola hasn’t been able to get his hands on and he’ll be hoping to add it to the collection this campaign.

One of the most successful managers of all time and arguably the most thought of manager currently in the game, Guardiola is a man with a will to win – someone with success engrained on his brain – and trophies have followed wherever he’s been whether as a player or manager.

He has won 24 major honours since becoming Barcelona’s manager at the start of the 2008-09 campaign – 25 trophies if you count a promotion with the Barcelona ‘B’ team – and that adds to the 16 honours secured as a player.

In 2009, Guardiola was in charge of arguably the greatest ever club footballing side of all time as his Barcelona side won an unprecedented six trophies that year. They picked up the La Liga title, Copa Del Rey, UEFA Champions League, Supercopa de España, UEFA Super Cup and FIFA Club World Cup.

In between his spells at Barcelona and Manchester City, Guardiola also took charge of another European heavyweight in Bayern Munich from June 2013 – June 2016. Knowing his insistence on success, he’d have been frustrated not to win the UEFA Champions League with the club, but his time in Bavaria was excellent domestically.

Remarkably, Guardiola has a 72.4% win record from 604 competitive matches. He’s tasted victory on 437 occasions, drawn exactly 100 times and unbelievably only lost 67 matches as a manager.

The only thing missing from the collection is a major honour at international level – a World Cup or European Championship – but no doubt Guardiola will be thinking about attempting to lead Spain to those titles towards the latter parts of his managerial career. 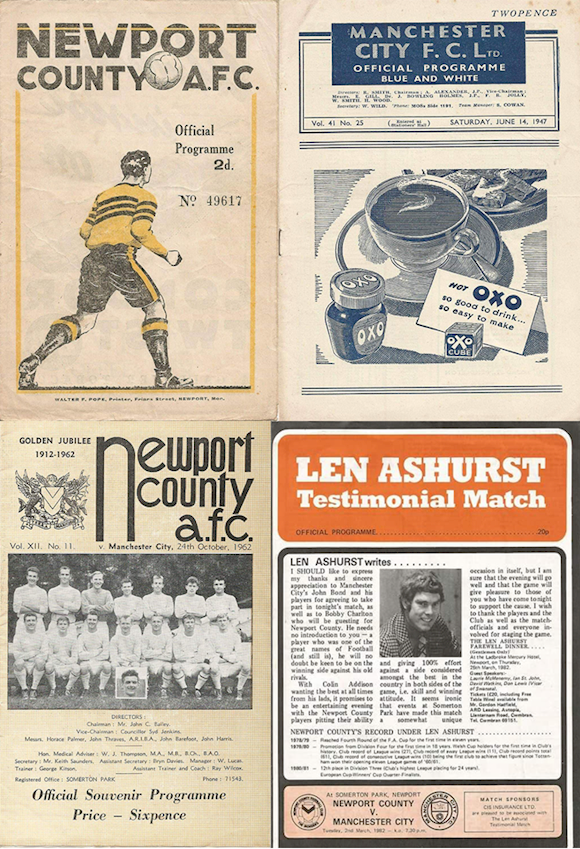 Due to the outbreak of World War Two, even though the Ironsides were promoted into today’s equivalent of the Championship in May 1939, they didn’t get to contest their season in the second-tier until the 1946/47 campaign.

Manchester City also composed the 22 team division and they certainly had a better campaign than County – the Citizens were promoted as champions whilst the Ironsides were relegated alongside Swansea Town – now called Swansea City – after finishing bottom of the table with 23 points from 42 fixtures.

That gulf in class showed in the two league fixtures between the sides – Manchester City won 3-0 at Somerton Park on 7th December 1946 in-front of 13,461 spectators then made it a double over County with a 5-1 home victory against County on 14th June 1946 in-front of 25,431. Guido ‘George’ Roffi scored for the Ironsides that afternoon.

The two sides also met at the Third Round stage of the 1962/63 League Cup. The Ironsides got past Gillingham and Aldershot but were ultimately undone on 24th October 1962 as Manchester City won 2-1 at Somerton Park. Billy Herritty scored for County on that afternoon as 9,869 attended.

That means County are still searching for their inaugural competitive victory over Manchester City but they did get the better of the Citizens on 2nd March 1982 during a testimonial match for former manager Len Ashurst. Tommy Tynan scored a 79th minute winner in-front of 3,857 spectators, although the game was called to an early end just a minute later due to monsoon like conditions in South Wales. 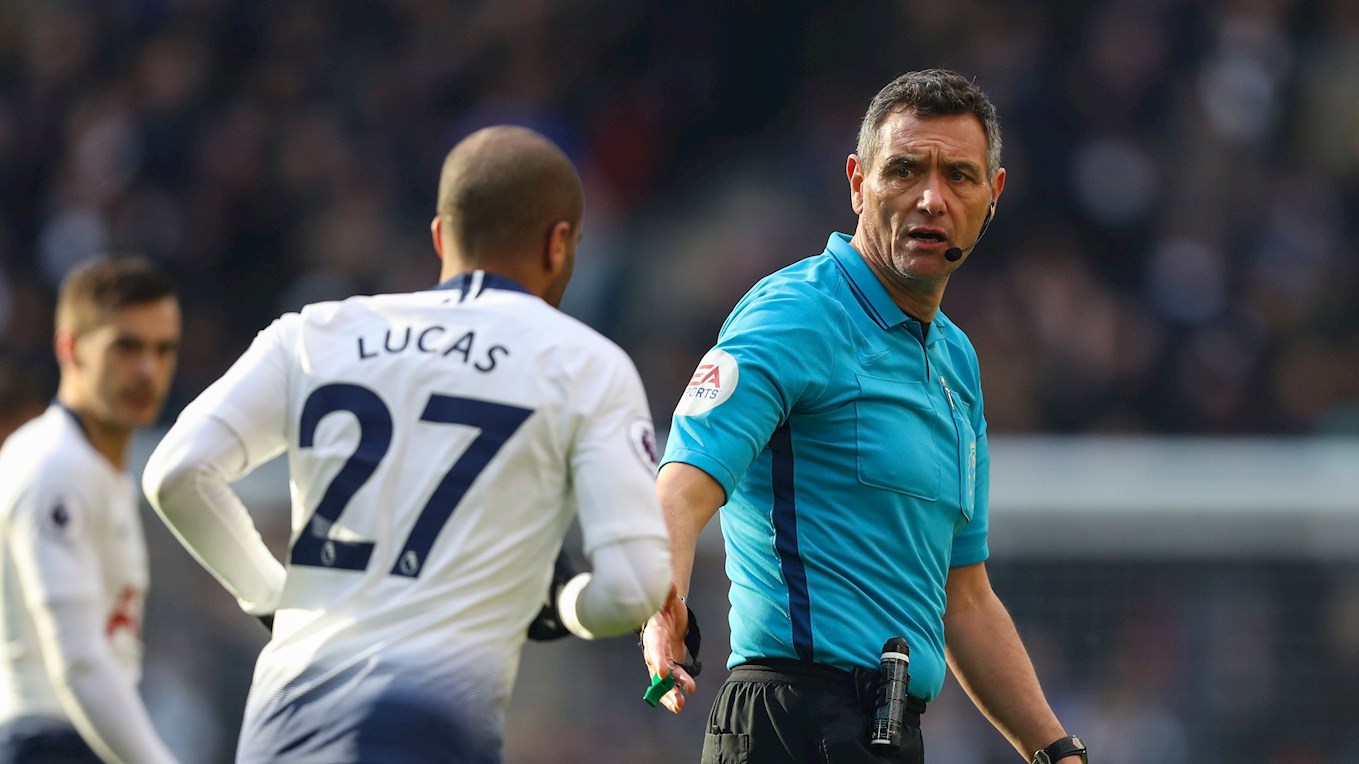 A highly regarded official, Andre Marriner has been part of the select group of Premier League officials since the beginning of the 2005/06 season after evidently passing his trial games which began on 13th November 2004 as Charlton Athletic secured an easy home victory over Norwich City.

He has refereed a total of 23 matches thus far this campaign, 19 of which have come in the top-flight, giving out 66 yellow cards and three red cards including three yellows on the opening night of the season as Manchester United scraped past Leicester City.

Marriner has been put in charge of some big domestic games this season – he’s refereed Saturday’s visitors four times already this campaign – alongside other fixtures including Chelsea vs Liverpool, Manchester United vs Arsenal and Watford vs Tottenham.

Only one game has passed this season without Marriner going to his pocket and it involves Saturday’s visitors – the match coming on 24th November as the Citizens destroyed West Ham United in a 4-0 away victory.

His highest number of yellow cards for a solitary fixture this season stands at six – something he’s done twice – as Wolves beat Burnley on 16th September and also the feisty encounter between Manchester United and Arsenal on 5th December.

Since 1902, a ruling has been in place to only allow referees the chance to preside over just one Emirates FA Cup Final – with Marriner being given his opportunity in the 2013 edition which saw Wigan Athletic stun Manchester City to win the trophy following a 1-0 victory.

This will be the first time Marriner has officiated a Newport County AFC fixture.

As the game is a cup match, no live showing of this fixture will occur on iFollow Exiles but the game will be live on BT Sport 2 and 4KUHD from 17:00pm.

Commentary of the game by Richard Shepherd and Charlie Brown can also be found at the Match Centre from 17:15pm.