Newport County AFC will be hoping to provide another Emirates FA Cup giant killing when they host former Premier League champions Leicester City on Sunday. The Exiles are no strangers to a cup shock having beat Leeds United and drawn with Tottenham Hotspur last season, whilst the Foxes will head to South Wales looking to kickstart a successful run in the competition.

Here, you can find all the facts and statistics ahead of this Emirates FA Cup fixture…

Beginning their own 2018/19 Emirates FA Cup adventure against Newport County AFC, Claude Puel’s Leicester City still have a long way to go if they are to match or eclipse their best ever run in the competition.

Arguably the most high-profile team to have never lifted the Emirates FA Cup trophy, Leicester City have been runners up on four occasions – each time losing to a team that now composes this season’s Premier League alongside the Foxes.

The first time Leicester City fell at the final hurdle came on 30th April 1949 as they fell to a 3-1 defeat against Wolverhampton Wanderers in-front of 98,920 spectators at Wembley.

Jesse Pye scored twice in the first-half to put Wolves in command, before Welshman William Griffiths made a game of it just after half-time. It wasn’t to be for Leicester, however, as Samuel Smyth struck late on to confirm the victory.

The 1960s saw Leicester City reach the Emirates FA Cup final on three occasions but they lost on each occasion, starting with 6th May 1961 in a 2-0 defeat against Tottenham Hotspur in-front of 100,000 at Wembley.

It took Spurs until the second-half to secure the victory as Robert Smith and Terry Dyson struck to ensure Tottenham became the first team in the 20th Century to secure the league and cup double.

Just two years later and Leicester City were back at Wembley again but this time suffered a 3-1 defeat to Manchester United on 25th May 1963 in-front of 99,604.

The last time the Foxes reached the final of the Emirates FA Cup came on 26th April 1969, but it was the same old story for Leicester as Manchester City this time secured a 1-0 victory in-front of 100,000.

This was the closest Leicester came to lifting the trophy in-terms of scoreline but Neil Young’s first-half goal past England record appearance holder Peter Shilton was enough to give the Citizens victory. 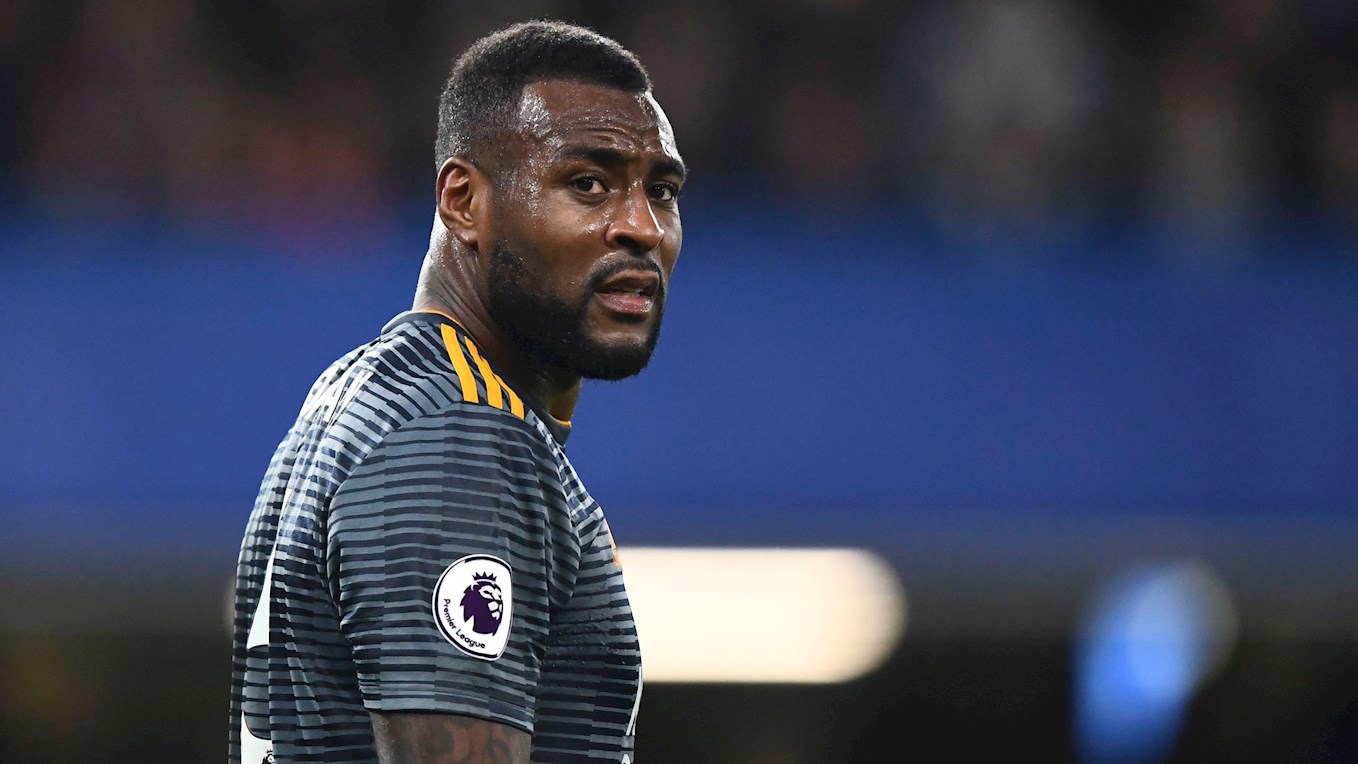 It remains to be seen how serious Claude Puel will take the Emirates FA Cup this season, but he should be able to call upon virtually a full team if he wants them for the trip to South Wales.

Club captain Wes Morgan missed Tuesday’s victory at Everton through illness but may return, whilst fellow centre-back Jonny Evans has recovered from the same illness and remains in contention.

Goalkeeper Kasper Schmeichel is one of just four players to have played every minute in the Premier League this season so he may be given a well-deserved break, with all other members of the squad available for selection.

The Foxes played four games in the space of 11 days over Christmas so Puel will likely make some alterations to his squad – but chasing their first Emirates FA Cup crown, Leicester should take the competition seriously.

One to Watch – Jamie Vardy 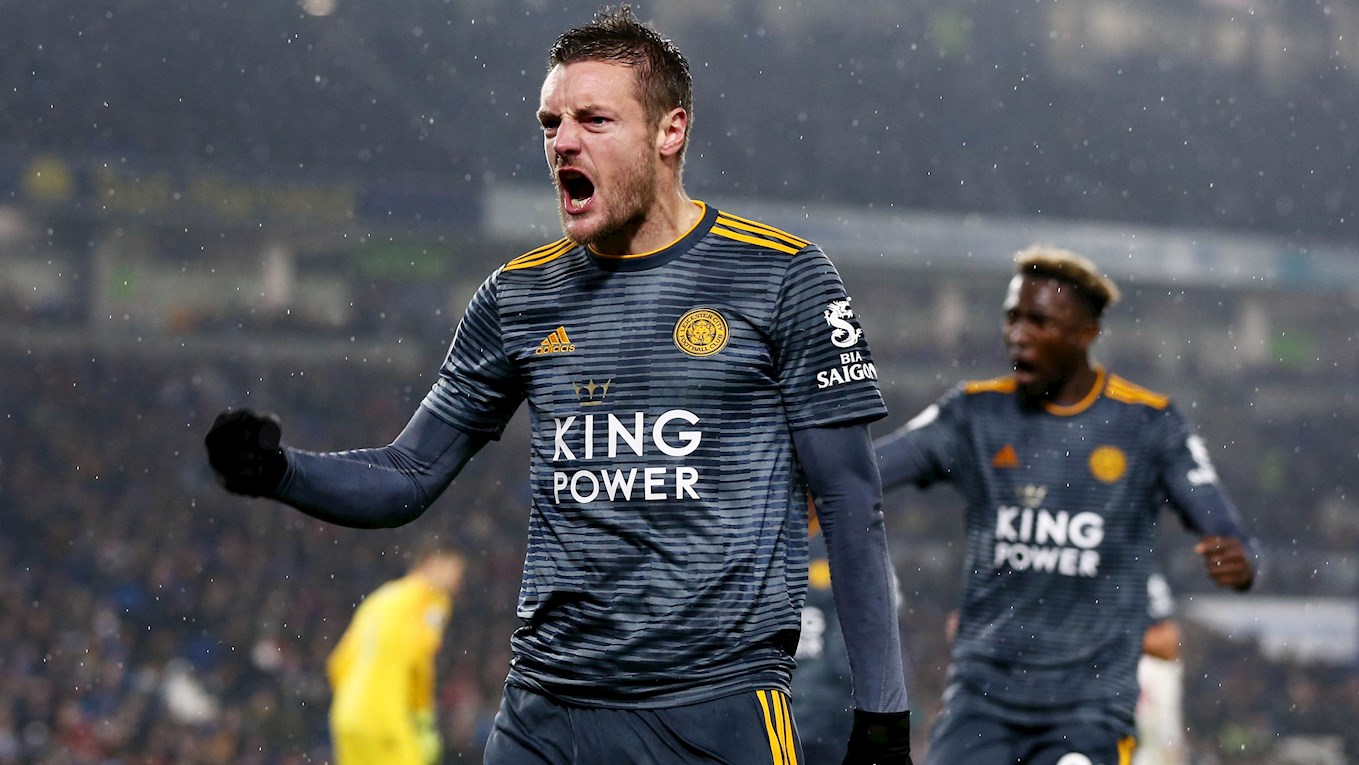 Hard to look beyond the pace, power and general ability of Foxes striker Jamie Vardy – the man who basically single-handedly fired Leicester City to the Premier League crown in 2016.

Living proof to thousands of non-league footballers that dreams can become reality, Vardy is the perfect embodiment of a real rags-to-riches story worthy of a Hollywood blockbuster movie.

Released by Sheffield Wednesday at the age of sixteen, Vardy twinned a role with Stockbridge Park Steels alongside back-breaking work in a carbon fibre factory.

A total of 66 goals in 107 appearances led to a move across Yorkshire to FC Halifax Town in 2010. Vardy scored an impressive 27 goals in his debut season to lead them to the Northern Premier title – winning player of the year – and moved to Fleetwood Town for an undisclosed figure.

Vardy’s 31 league goals saw him top scorer in the Conference Premier as the Cod Army stormed to the title and secured their first ever promotion to the Football League.

By this point, Vardy was attracting a host of potential suitors and Leicester City forked out a huge figure of £1 million to secure his services in May 2012.

The ‘Roy of the Rovers’ fairy-tale just continued from there – Vardy fired them to the Championship title in his second season, kept them in the Premier League in his third before scoring 24 goals on the way to completing the 5000/1 outshot of winning the top title.

Helping guide the Foxes to the Quarter-Finals of the Champions League in 2016/17, Vardy continues to score goals aplenty and has bagged 96 in 253 appearances for Leicester City. 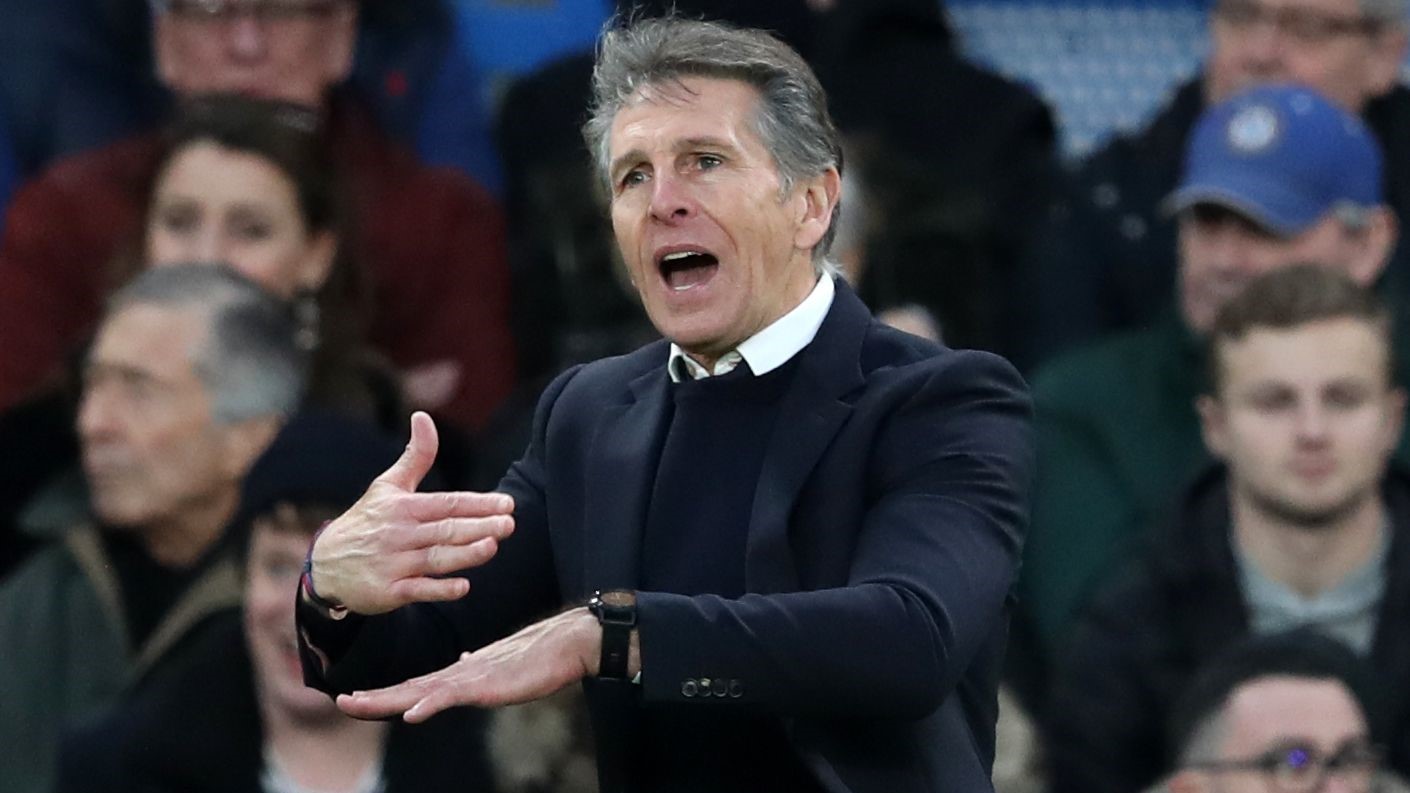 A highly experienced manager, Claude Puel will be hoping this year’s Emirates FA Cup gives him the opportunity to win his first trophy in English management.

He has been in the hotseat at the King Power Stadium since 25th October 2017, with Puel guiding the club from 18th when he took charge to a ninth-placed finish in the Premier League last season.

This season, Leicester have started the season in good form and are the closest side to the league’s ‘big six’ when residing in seventh position – Puel masterminding impressive victories over Chelsea, Pep Guardiola’s Manchester City and Everton during the festive period.

The job at Leicester is the sixth of his managerial career that started with the club he spent his entire playing career with in Monaco. He led them to the Ligue 1 title in his first full season of 1999/2000 before winning the Trophée des Champions – equivalent of the Charity Shield – in the subsequent pre-season.

Puel’s 24-year association with the club came to end in July 2001 when his contract wasn’t renewed, and he spent several years as manager of Lille, Lyon and then Nice – becoming one of the winners of the 2004 Intertoto Cup whilst at Lille.

Those spells alerted some top English club and he was duly installed as Southampton manager ahead of the 2016/17 season. He only lasted a season before joining Leicester four months after his dismissal – leading the Saints to 8th in the Premier League and a Carabao Cup final which they lost 3-2 to Manchester United. 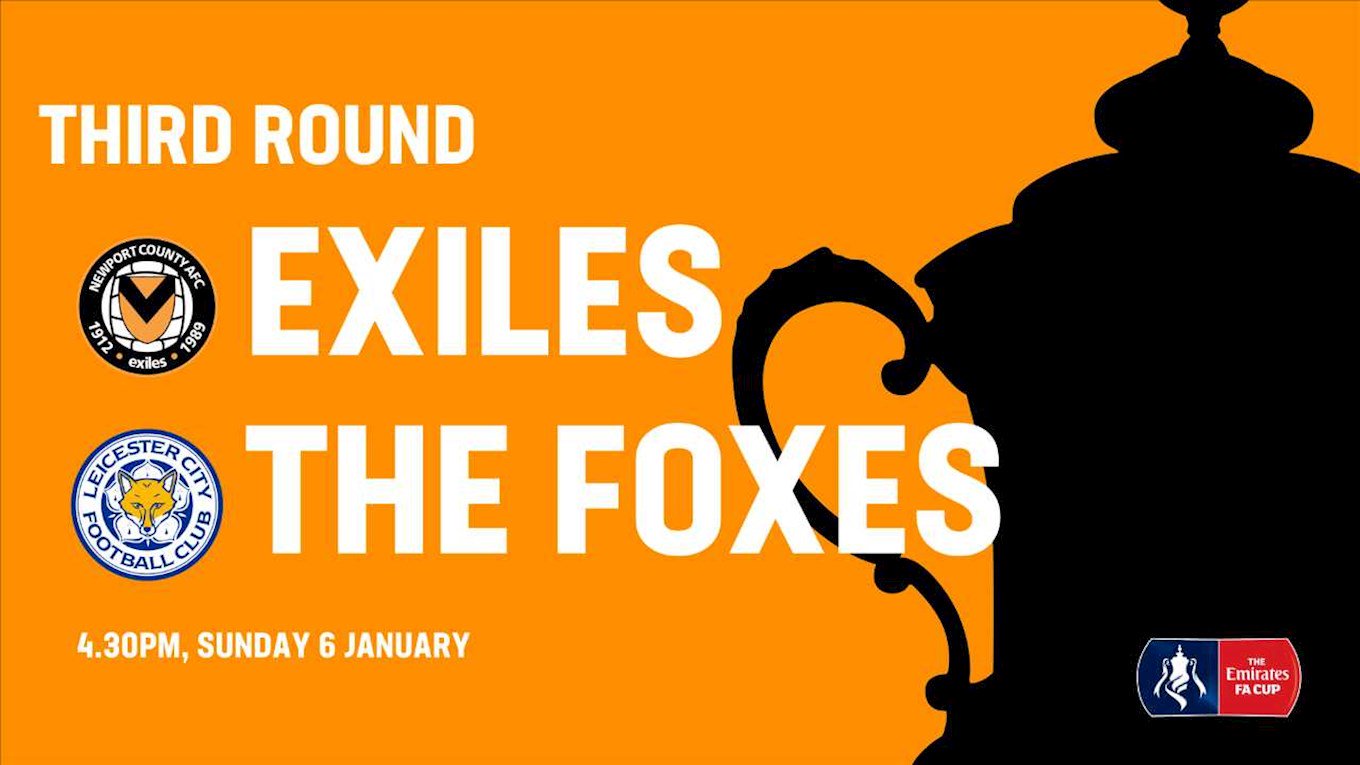 Remarkably, the Exiles and the Foxes have been drawn against each other before in the Emirates FA Cup and this current tie comes almost 99 years after the first.

A 0-0 draw at Somerton Park on 10th January 1920 was played out in-front of a crowd of 7,523 before the Foxes ensured a safe passage through to the next round of the competition five days later with a 2-0 victory at Filbert Street as 21,000 attended.

With the United Kingdom still feeling the effects of World War Two, the 1945/46 domestic football season was played across temporary divisions – with County put in the Football League South, a combination of First and Second division teams geographically furthest south.

Leicester City also composed the 21-team division, and this was when County secured their first – and to date – only victory over the Foxes. Albert Derrick Snr scored twice in a 2-0 success at Somerton Park with a crowd of 10,045 on 3rd November 1945.

A week later Leicester City exacted revenge with a 2-0 victory of their own at Filbert Street as 11,659 were in attendance on that occasion.

The subsequent season of 1946/47 is, despite relegation, etched in the history books of the club. This was the only season County played in Division Two – the equivalent of the Championship – with the Ironsides again playing against the Foxes. 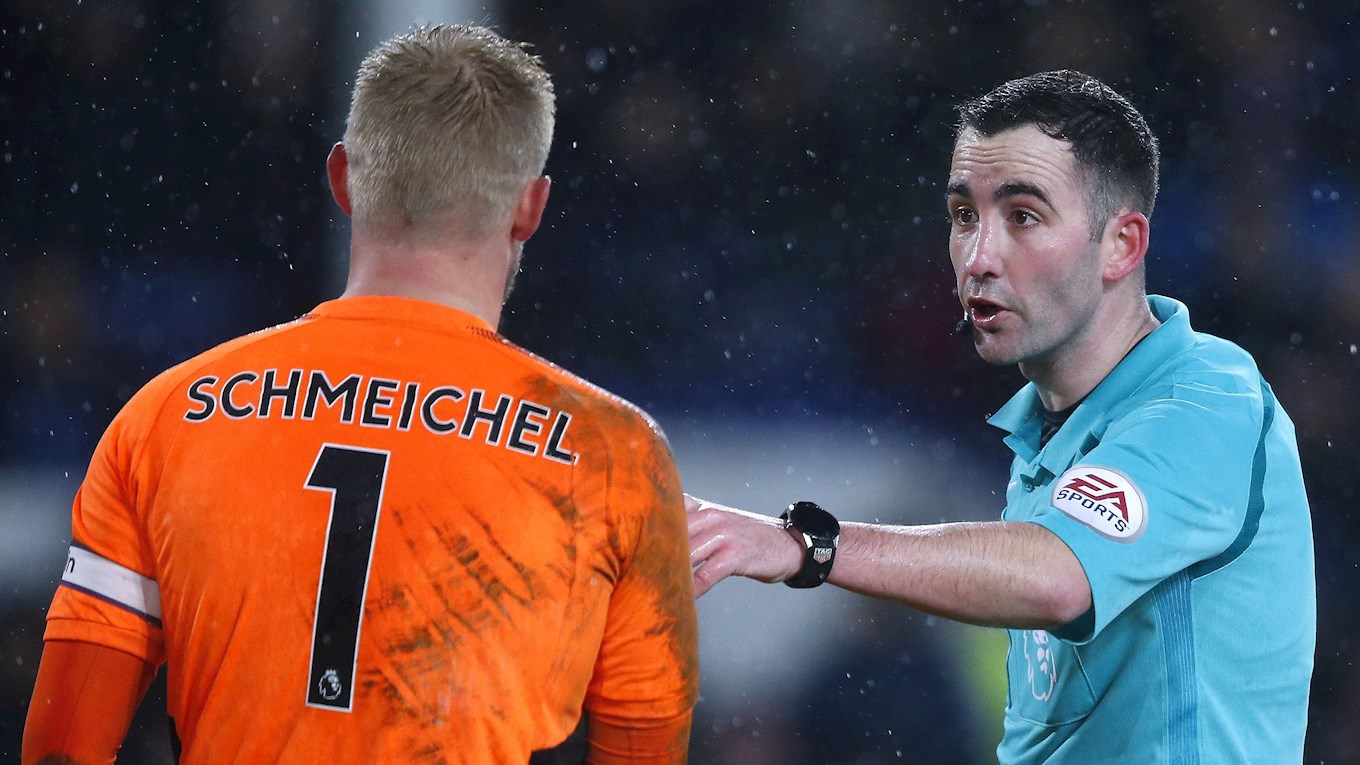 A highly regarded and experienced official, Christopher Kavanagh is currently undergoing his second full season as a Premier League referee having first presided over a top-flight game on 8th April 2017 as Southampton won away at West Bromwich Albion.

He has refereed 17 matches so far this season, giving out 50 yellow cards and just one red card, including three on 11th August as Chelsea stormed to a comfortable 3-0 victory at Huddersfield.

Kavanagh has been entrusted with some big games this season, none more so than the Merseyside derby on 2nd December when he produced five yellow cards. He was also man in the middle for the feisty Championship derby between Millwall and Leeds United, giving out one yellow.

Interestingly, his sole dismissal this campaign involves Sunday’s visitors to Rodney Parade. It came on 24th November when James Maddison was given a second booking for diving during Leicester City’s draw at Brighton & Hove Albion.

No matches have passed without Kavanagh going to his pocket thus far this campaign – with him heading to Rodney Parade on the back of refereeing Tottenham’s victory over Bournemouth on Boxing Day and West Ham’s draw with Brighton on Wednesday. 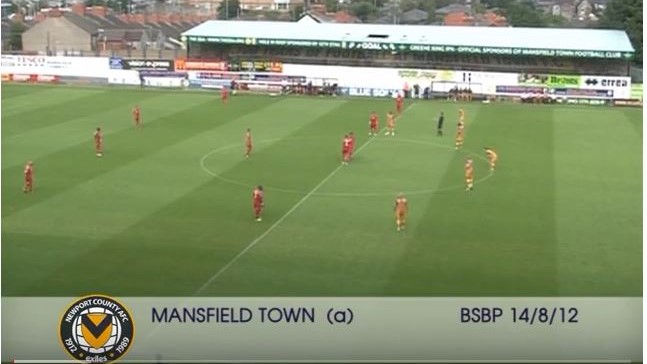 Kavanagh has only refereed a match involving Newport County AFC on one previous occasion and that came in the Conference.

It also came in a season of triumph for County with the match kicking off the 2012/13 season in the prefect fashion with a 4-3 victory at the other team to get promoted that season Mansfield Town.

Ismail Yakubu’s header was followed by a stunning half-volley from Tony James to put the Exiles in command, before Jake Speight and ex-Exile Matt Green drew the hosts level.

Aaron O’Connor then restored the lead before Jefferson Louis confirmed the points late on – County holding on despite a stoppage time reply from Speight to ensure all three points were heading back to South Wales.

No bookings for County players.

As the game is a cup match, no live showing of this fixture will occur on iFollow Exiles but the game will be live on BBC1 from 16:05pm.

Commentary of the game by Richard Shepherd and Charlie Brown can also be found at the Match Centre from 16:15pm.