Newport County AFC will be looking to reach the Fifth Round of the Emirates FA Cup for just the second time in their history when they travel to Middlesbrough on Saturday. The omens are with County as they also beat top-flight opposition in that 1948/49 season, but the home side will be hoping to end the run when harbouring their own ambitions in the competition.

Here, you can find all the facts and statistics ahead of this Emirates FA Cup Fourth Round encounter…

Tony Pulis’ Middlesbrough still have a long way to go if they are to match or eclipse their best ever run in the competition.

One of the higher profile teams never to have lifted the Emirates FA Cup trophy, Middlesbrough have been runners up on one previous occasion in the 1996/97 campaign – a season they also lost the League Cup final.

Starting off in the competition at the Third Round stage, Middlesbrough – then managed by former Manchester United captain Bryan Robson – brushed aside Chester City, Hednesford Town, Manchester City and Derby County to reach the semi-finals.

With replays not scrapped at the semi-final stage until 1999, Middlesbrough took two matches to see off Chesterfield – beating the Spireites 3-0 in the replay at Hillsborough after a 3-3 draw in the initial tie at Old Trafford.

That put them through to the final, but they fell at the final hurdle as Ruud Gullit’s Chelsea secured a 2-0 victory at Wembley Stadium on 17th May 1997. Roberto Di Matteo scored after just 42 seconds before Eddie Newton ensured Chelsea won their first major trophy for 26 years. The official attendance was 79,160.

How Middlesbrough FC made it through to the Fourth Round

Middlesbrough secured themselves a safe passage through to the Fourth Round of this season’s Emirates FA Cup by storming to the second most empathic scoreline of the round with a 5-0 success at home against Peterborough United.

Only Premier League duo Tottenham Hotspur and Manchester City – who both scored seven – had bigger winning margins than the Teesside outfit who were amazingly drawing 0-0 at half-time.

A dominant second-half performance saw them through and quick-fire goals from Britt Assombalonga and George Friend inside five minutes of the restart gave them a healthy advantage.

Lewis Wing smashed in the third, Assombalonga got his second and Ashley Fletcher netted in the final moments to put the gloss on a commanding Emirates FA Cup performance.

With promotion to the Premier League come the end of the season still the main priority for Middlesbrough, it remains to be seen what sort of side Tony Pulis will elect to field against the Exiles.

In terms of injury news, it appears Pulis has virtually a fully-fit squad to choose from, with defender Ryan Shotton the only doubt with a knee injury but he has trained for the past week.

Fellow defender Aden Flint will likely be given a run out to some extent after recovering from his own injury problems, and seeing as he was an unused substitute last weekend, Flint might be put in to get some much needed match minutes.

Other than that, it comes down to how strong a team Pulis wants to field. Only three players that started against Peterborough in the previous round also started in the last Championship fixture, so it is likely going to be a mixture of those two starting line-ups.

One to Watch – Britt Assombalonga 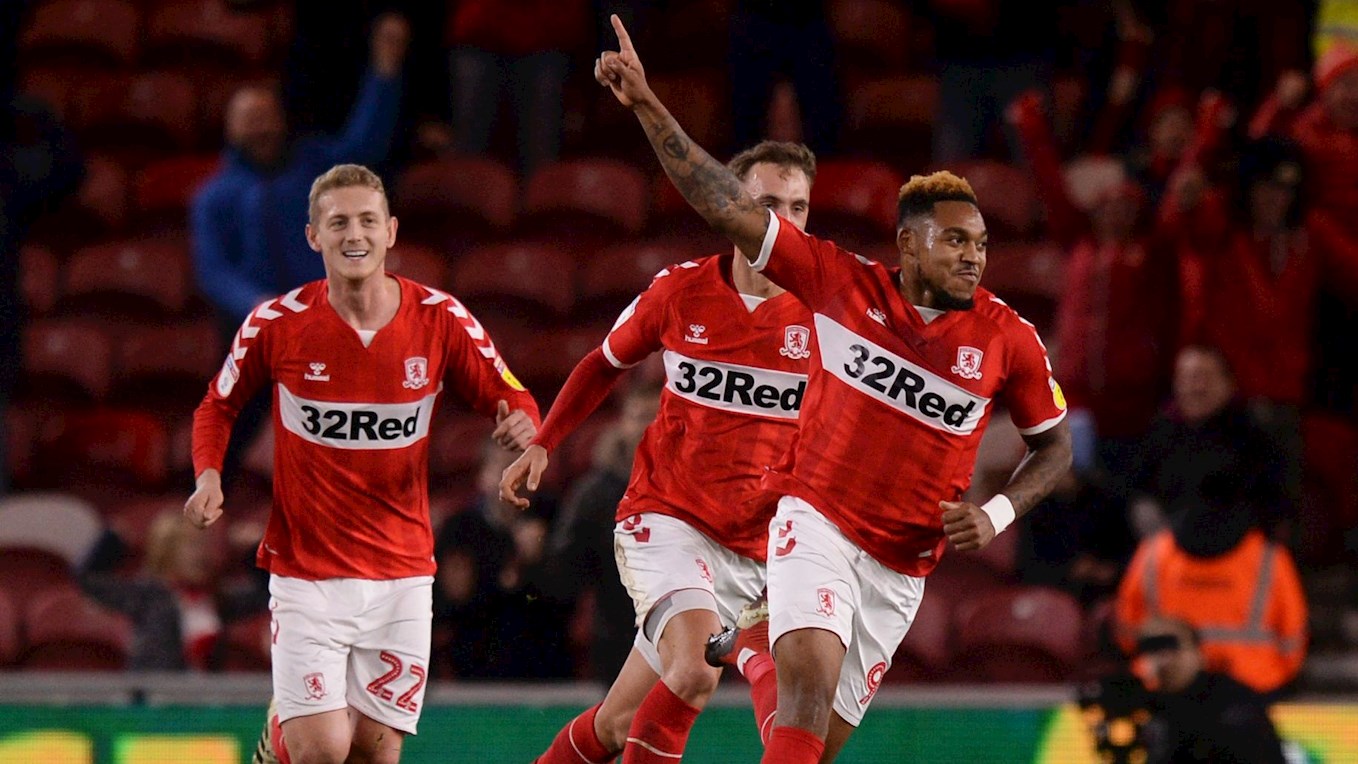 With manager Tony Pulis usually only electing to play with one out and out striker, Britt Assombalonga has been somewhat unfortunate not to start more matches this season as he battles for the shirt alongside Jordan Hugill, Ashley Fletcher and Rudy Gestede.

Having to make do with appearances from the bench in recent weeks, starting just three of the last 13 matches in all competitions, Assombalonga is actually Middlesbrough's top goal scorer in the Championship specifically and across all competitions as well.

The 26-year old scored the crucial winner at Birmingham earlier in the month, another game he only had a 20-minute cameo in, whilst Assombalonga’s other goals have come against Blackburn Rovers, Sheffield Wednesday, Hull City, Bolton Wanderers, Bristol City, the reverse fixture with Birmingham and two against Peterborough United.

Signed for a reported £15 million at the start of last season, Assombalonga scored 15 goals in the 2017/18 campaign meaning his overall statistics on Teesside stand as 24 goals from 73 appearances.

A goal scorer wherever he’s been, Assombalonga’s big break came when scoring 33 goals from 58 appearances for Peterborough United in the 2013/14 season, earning a move to Nottingham Forest where, excluding a bad knee injury, he had another three successful seasons before the move to Middlesbrough.

Assombalonga has also played on a permanent contract with Watford earlier in his career, alongside loan spells at Wealdstone, Braintree Town and Southend United. 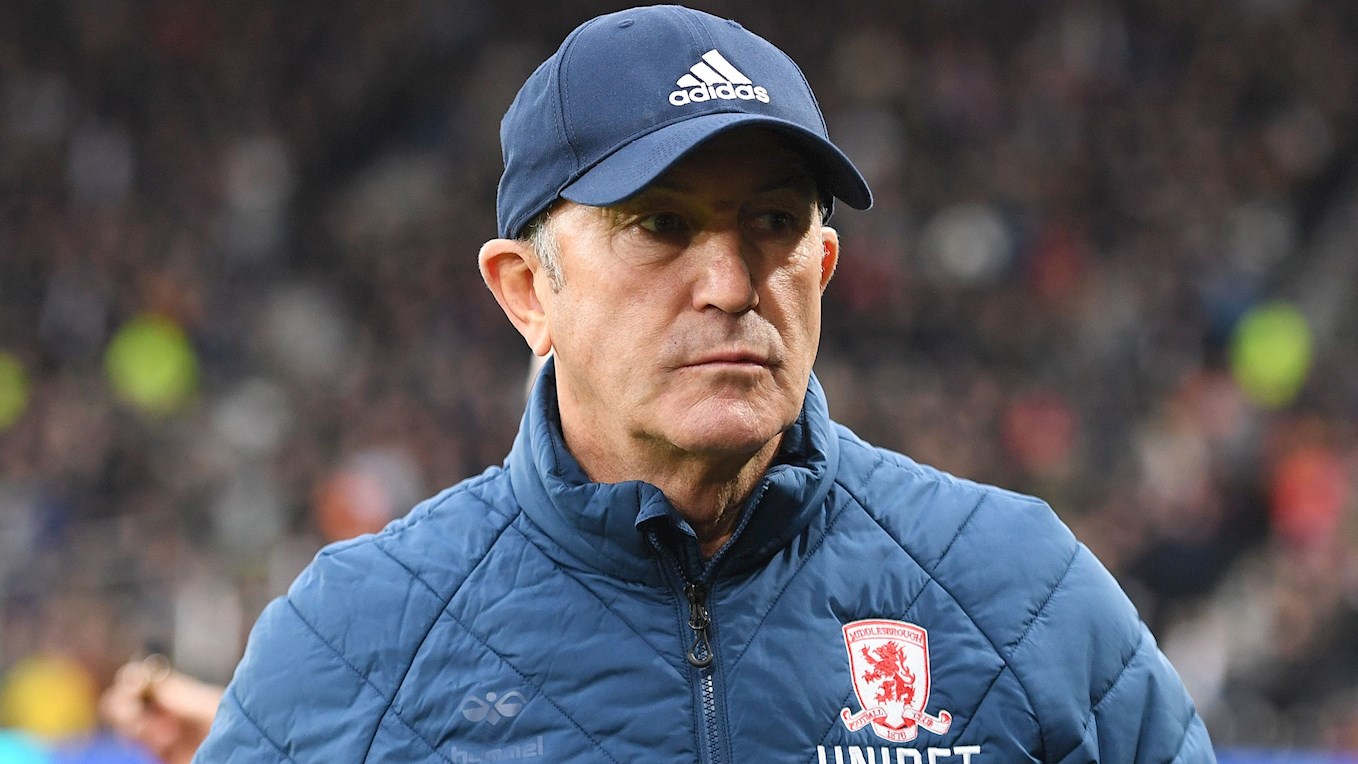 One of the greatest managers ever to grace the English game, Pill born Tony Pulis has managed over 1,000 competitive matches and has been inducted into the League Managers Association Hall of Fame.

After a playing career that included a spell with the Ironsides, Pulis took his first steps into management at AFC Bournemouth in 1992, before moving on to Gillingham and winning promotion from the Football League Third Division – equivalent of League Two – in 1996.

Tough spells at Bristol City and Portsmouth then followed, before his first spell at Stoke City included a relegation escape in 2002/03 that was very similar to County’s own heroics in 2016/17. Pulis still rates this achievement as one of his best in football management.

A short stint at Plymouth came before a change in ownership meant a return to Stoke for Pulis and this is, without question, his best tenure as a football manager.

In the seven years he was there, Pulis secured them promotion to the Premier League in 2007/08 as Championship runners-up, took them to the FA Cup final in May 2011 and played Europa League football in the subsequent campaign before defeat to Spanish giants Valencia in the knockout stages.

Countless times Pulis masterminded victories both home and away against what is today dubbed ‘the Premier League big six’ and those kind of results were repeated in his tenures as Crystal Palace and West Bromwich Albion manager.

Pulis joined Middlesbrough on Boxing Day 2017 and alongside trying to carve out a positive Emirates FA Cup run this campaign, he’s got them on the cusps of a potential promotion to the top-flight and they currently reside in a play-off position. 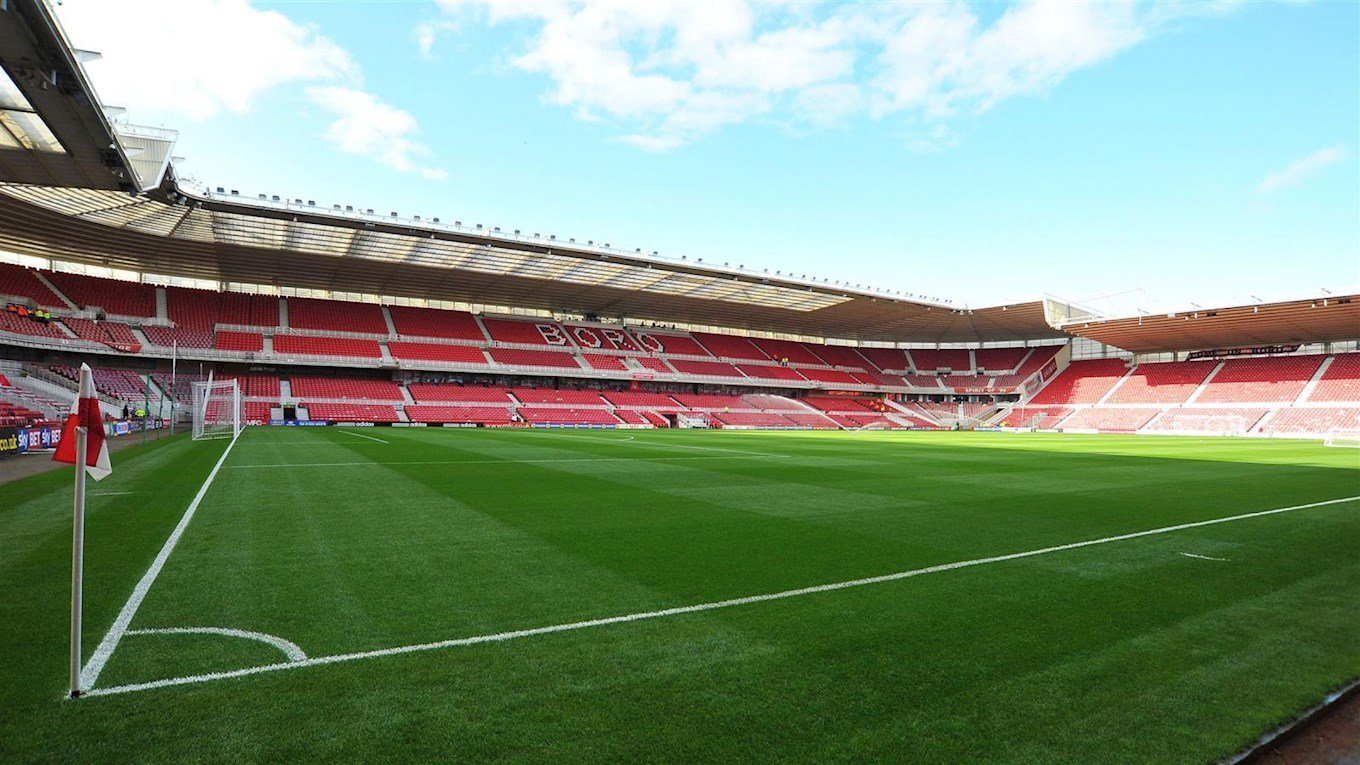 One of the biggest stadiums in the Championship this season, County’s trip to the Riverside Stadium on Saturday will likely represent a first visit to the Teesside venue for all away supporters.

Also one of the newer stadiums in the second-tier, the Riverside Stadium was opened on 26th August 1995 when Middlesbrough beat Chelsea 2-0 – Craig Hignett receiving the accolade of scoring the inaugural goal at the stadium.

The Riverside Stadium has a current capacity of 34,742 in an all-seater stadium - largely designed that way due to recommendations in the Taylor Report of 1990 - although the highest ever attendance for a Middlesbrough fixture is slightly higher than that as 34,836 were there for a Premier League fixture with Norwich City in 2004.

On matchday, County supporters will be housed in the East Stand which runs alongside one side of the pitch and the Exiles have been given 5,000 tickets for this fixture. Buy tickets online here.

This will be County’s first visit to the Riverside Stadium. 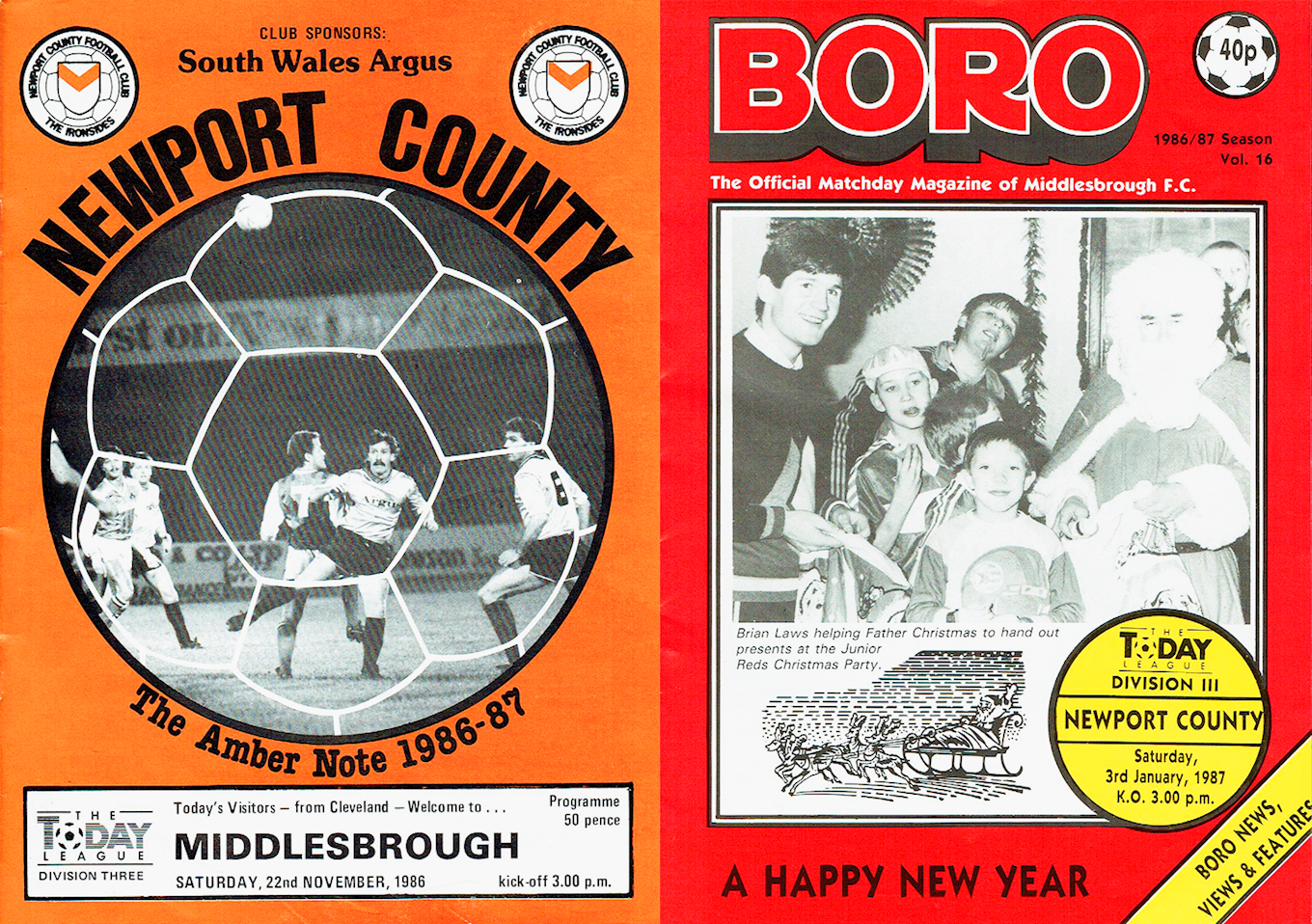 Newport County AFC and Middlesbrough FC have only met on two previous occasions.

Both meetings came in the 1986/87 campaign when the sides were in the old Division Three – equivalent of League One – and it was a season where County were unfortunately relegated and Middlesbrough were promoted as division runners-up to AFC Bournemouth.

The first meeting between the teams at Somerton Park on 22nd November 1986 was settled by a late glancing header from now Blackburn Rovers manager Tony Mowbray in a 1-0 victory for Middlesbrough.

But the game in South Wales will be remembered for the strange occurrence that resulted in four different sets of supporters having to be segregated. Cardiff City were due to play Exeter City that same afternoon, but the match was abandoned close to kick-off, meaning those supporters also came to the game and certainly created a tricky logistical nightmare.

Watch the highlights from Somerton Park.

The reverse fixture was a lot easier to control as County made their solitary trip to Ayresome Park on 3rd January 1987. Middlesbrough again won the contest, as goals from Gary Gill and Archie Stephens confirmed a comfortable 2-0 victory for the home side. 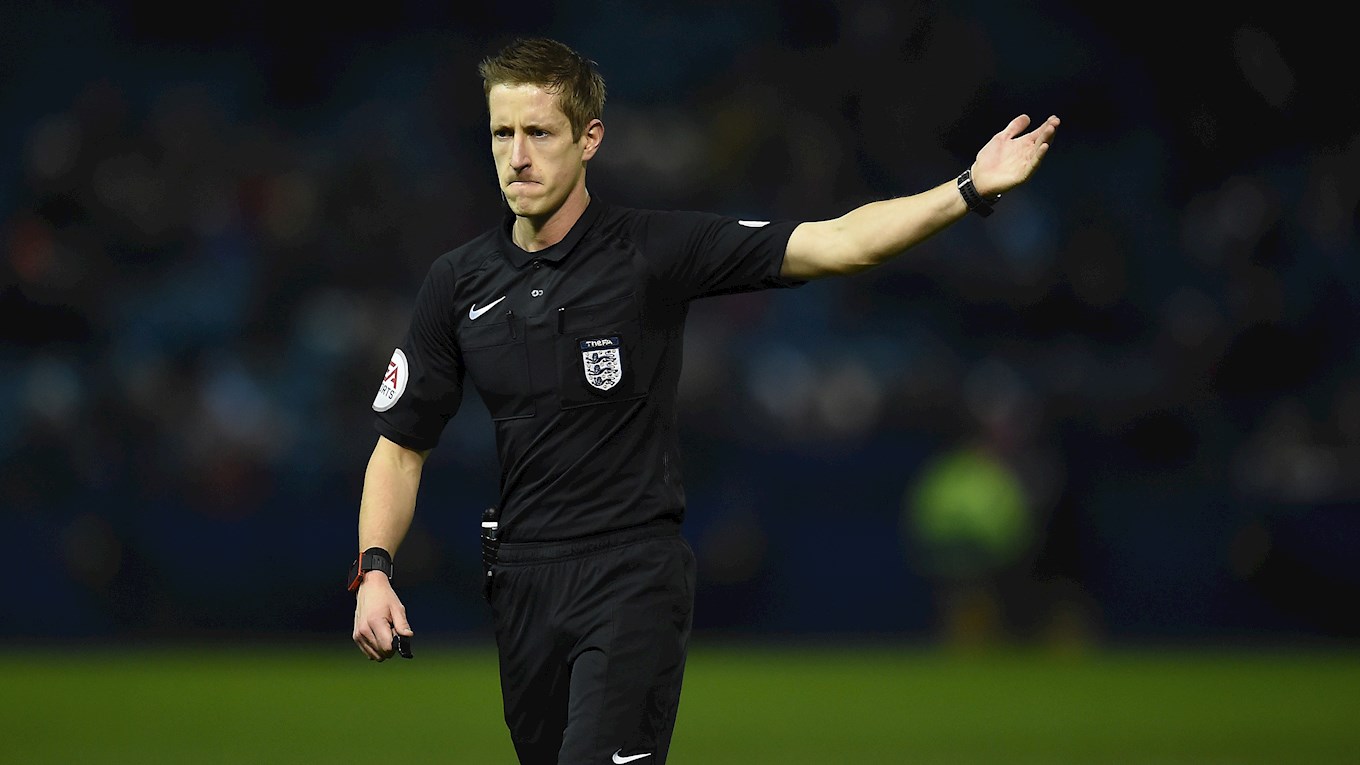 A highly regarded official, Brooks is currently embarking on his first full season as a Championship referee having taken charge of his inaugural match in the second-tier on 23rd December 2017 as Burton Albion secured an impressive away victory at Reading.

This season he has refereed 24 matches, 16 of which have come in the Championship, giving out 96 yellow cards and five red cards in the process, including five on the opening day of the season as he took charge of Sunderland’s victory over Charlton Athletic in League One – a match live on Sky Sports Football.

Two matches have passed without Brooks going to his pocket – Crystal Palace’s win at Swansea City in the Carabao Cup on 28th August and QPR’s comfortable home victory against Sheffield Wednesday on 23rd October.

His record number of yellow cards brandished in a fixture this season stands at eight – an amount he’s given out twice this season – Norwich’s come from behind draw with Nottingham Forest on Boxing Day and Bolton’s draw with Bristol City on 11th August.

That follows on from refereeing a total of 51 games during the 2017/18 campaign, a season in which Brooks brandished 149 yellow cards and six red cards throughout the entirety of the campaign. 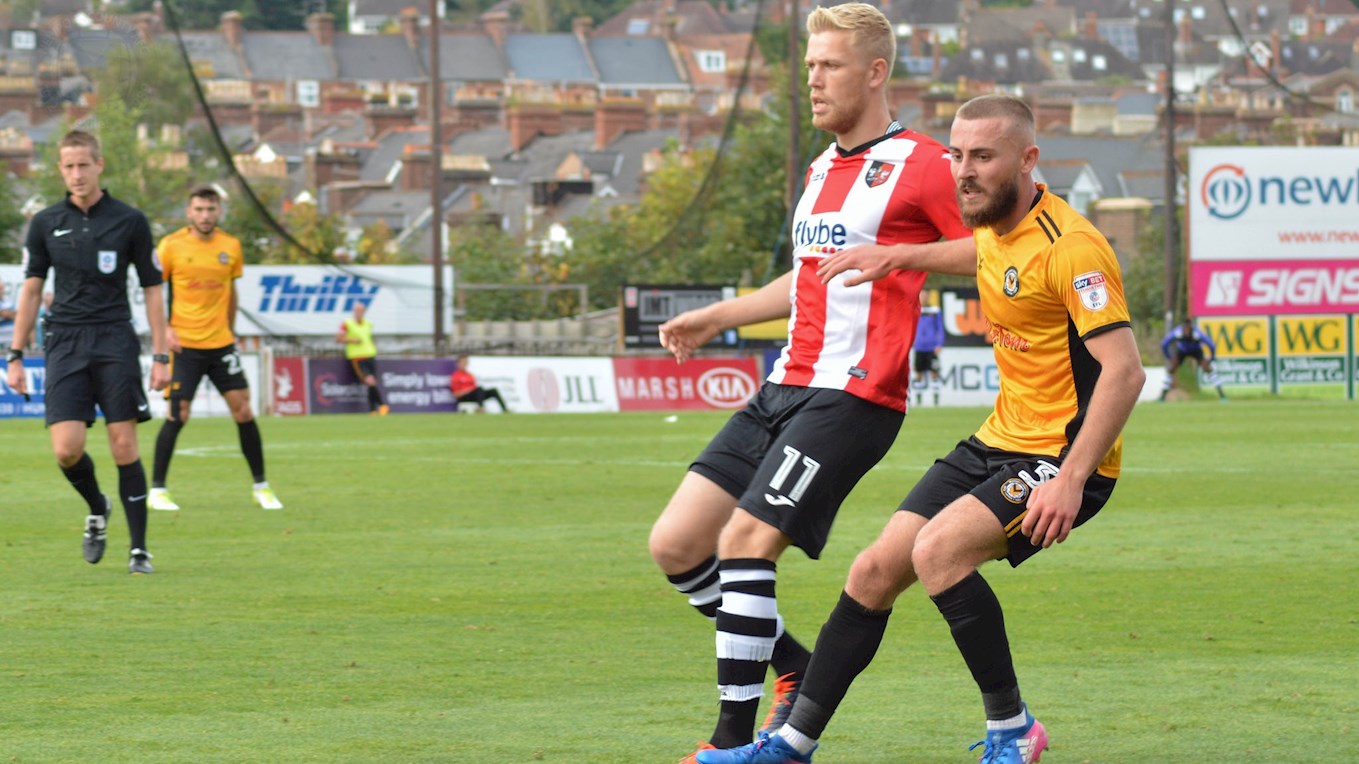 Brooks has refereed a match involving Newport County AFC on three previous occasions across League Two and the Emirates FA Cup. County don’t have the greatest record in matches previously officiated by Brooks and will be searching for their first victory – having drawn twice and lost.

Last season, Brooks officiated the Exiles on one occasion as they fell to a 1-0 defeat at Exeter City on 2nd September 2017. Lee Holmes scored a second-half matchwinner for the then table toppers, whilst Mickey Demetriou, Ben Tozer and Sean Rigg were all cautioned for County.

In the 2016/17 campaign, Brooks was the man in the middle for another two County matches, starting with the 1-1 home draw against Crewe Alexandra on 20th August 2016. Sean Rigg salvaged a point late on for the Exiles, whilst Joss Labadie, Dan Butler and Darren Jones all received yellow cards.

The other game that season came as County held on with 10 men to secure a draw with Plymouth Argyle in the Emirates FA Cup Second Round on 3rd December 2016. Sean Rigg was the man dismissed in the first-half, alongside yellows for Jazzi Barnum-Bobb, Scot Bennett and Dan Butler.

As the game is a cup match, no live showing of this fixture will occur on iFollow Exiles. However, commentary by Tim Thraves and Damian Footsoy can be found at the Match Centre from 2:45pm.