Midfielder Keanu Marsh-Brown has been called up to the Guyana national team for their upcoming CONCACAF Gold Cup campaign.

Keanu will line up with his fellow countrymen this summer as he competes in the 2019 CONCACAF Gold Cup for the Guyana national team.

After receiving the news of his call up, Keanu said: “It's and honour to be called up to the 23 man squad, looking forward to the games ahead and looking to carry on from where we left off with the win (against Belize) and take that momentum into the tournament. I hope to achieve on a personal note a good tournament for myself, to help the team through bringing goals, assists and doing as much as I can for my country on the pitch.”

In March of this year, Keanu participated in a vital game for Guyana which would dictate whether the nation would get the opportunity to watch their national side compete in the 2019 CONCACAF Gold Cup.

Former Derby County defender and current Guyana Head Coach, Michael Johnson had Keanu to thank as he assisted the eventual winning goal to send Guyana to the tournament for the first time in their history. 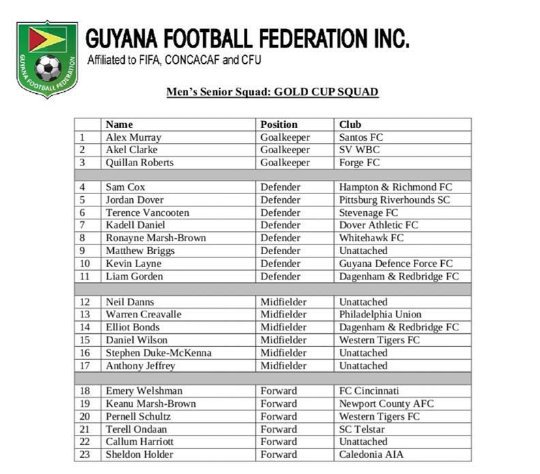 The CONCAF Gold Cup starts on the 16th of June, with Guyana starting their cup campaign on the 19th.