Newport County AFC will be looking to continue their march towards the League Two play-offs when they make the long trip to Colchester United on Saturday. For the Exiles to make a miraculous run to the top-seven they’ll have to pick up notable results like this one, owing to the fact Colchester also harbour ambitions of the play-offs and will be desperate to get back in them following some poor form of late. 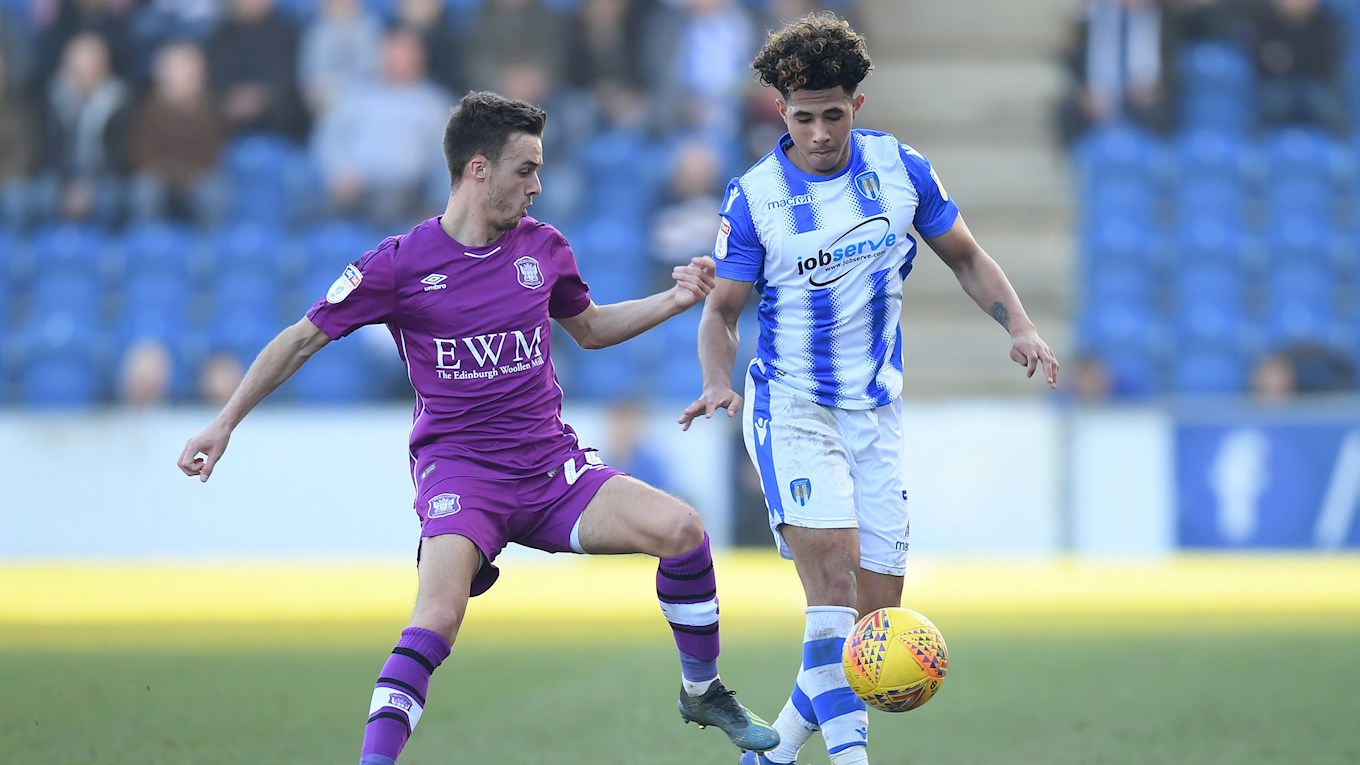 Colchester United have hit a dip in form of late and risk missing out on a spot in the League Two play-offs which they have held for the majority of the campaign.

Since the second matchday of the season, Colchester have been in at-least ninth place – fourth and fifth being their most common positions – but they’ve slipped back out of the top-seven having failed to win any of the last three matches, so they’ll be desperate for all three points on Saturday.

Their form in relative terms isn’t too bad having picked up seven points from the last fifteen available, but the trouble for the U’s is that sides around them are picking up more – Tranmere in sixth place have 13 points in the same time, Swindon have 10 and County have nine.

The recent run starts in emphatic fashion as Colchester picked up a statement 4-0 victory at a resurgent Northampton Town – goals from ex-Exile Frank Nouble, Abo Eisa, Kane Vincent-Young and Sammie Szmodics doing the damage for the Essex outfit.

That was swiftly followed by a commanding 3-0 home victory over Cheltenham Town – three of the four scorers above again netting for successive matches – only Szmodics missing out as Cheltenham’s poor away record continued.

But since then, the U’s have found things much tougher. Successive 1-1 draws with strugglers Macclesfield Town then play-off hopefuls Carlisle United caused some concern, before a 3-0 reverse at Swindon Town last time out dropped them to 8th and outside the play-offs on goal difference. 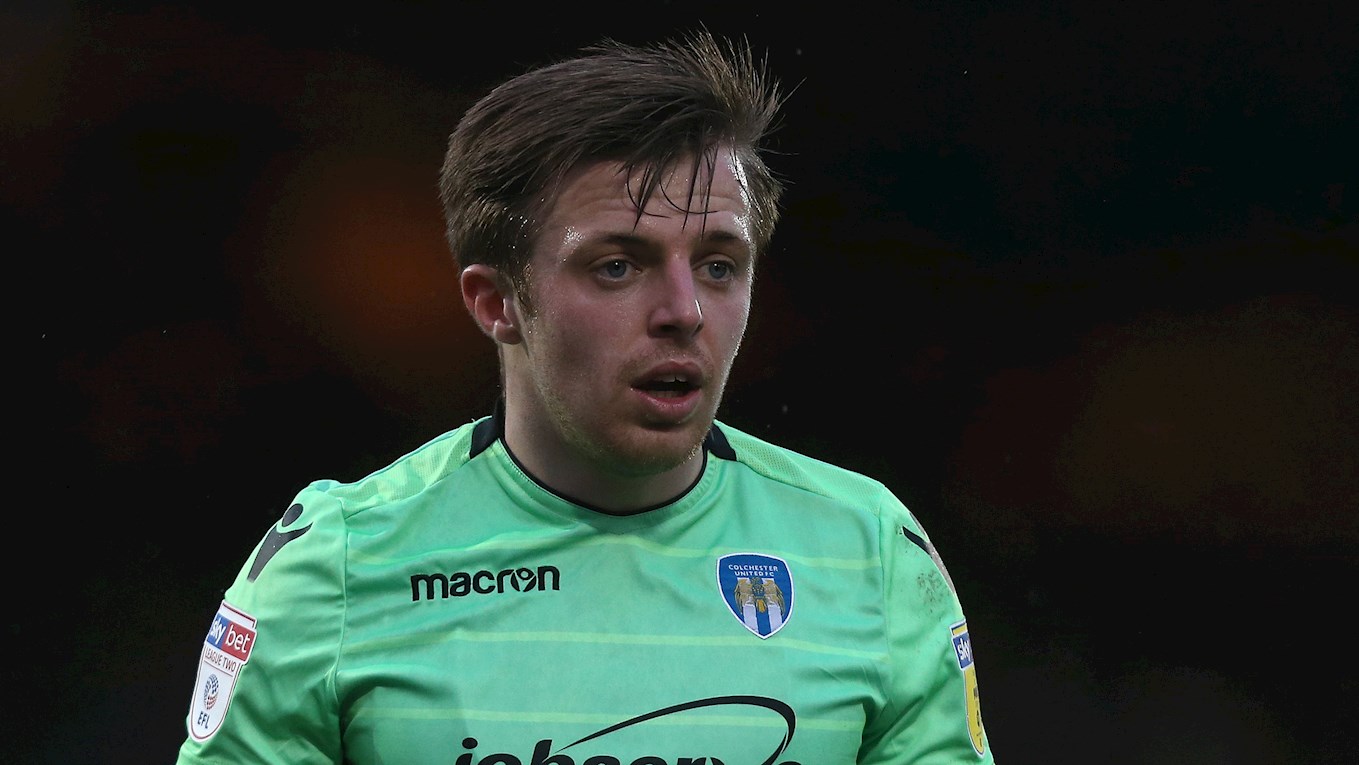 Colchester United manager John McGreal has a couple of injury headaches to consider when preparing his side for the visit of County this weekend.

He is hoping to have talisman Sammie Szmodics back after the midfielder missed out last weekend with a chest infection, whilst fellow midfielder Tom Lapslie could also come back after returning to training following a hamstring problem.

That’s the good news in the central area for the U’s but Louis Dunne will likely miss out after he was forced to limp out after just minutes of an U23s match on Tuesday night when they lost to Barnsley.

Brandon Comley will also be an injury absentee as he still has a few weeks left in the layoff from a knee problem, but Colchester have been boosted by the return to fitness of marquee summer signing Luke Norris.

One to Watch – Harry Pell

Influential attacking midfielder Harry Pell will be raring to go if deemed fit by his manager John McGreal when County travel to Essex on Saturday.

The 27-year old returned to full training 10 days ago following a hamstring problem but wasn’t risked last weekend against Swindon Town – and it’s no coincidence that a poor run of form for the team has coincided with Pell’s absence.

He’s only missed four League Two fixtures all season and it’s remarkable that Colchester have failed to win any of those matches after two defeats – including the reverse fixture against County – and two draws.

Pell has also sporadically chipped in with goals and has seven from 34 appearance across all competitions. He’s found the target against former side Cheltenham Town, Tranmere Rovers, Oldham Athletic, Cambridge United, Notts County and two against Port Vale.

A summer signing from Cheltenham, Pell has bounced around the divisions in a 10-year career to date and has played as high as League One and as low as the Isthmian League.

His first real big break came whilst playing for Hereford United where performances like the one against County on 29th August 2012 – he did miss a penalty but was exceptional on the ball – earned him a move to AFC Wimbledon for an undisclosed fee and further moves to big clubs have followed.

Like County manager Michael Flynn, Colchester United manager John McGreal is still embarking on his first job in football management having taken to the hotseat in Essex ahead of the 2016/17 campaign.

After two relatively steady campaigns at the helm, it appears McGreal has used those prior experiences to work out exactly what is required to gain promotion out of League Two and brought in some experienced players over the summer.

McGreal has led the Essex outfit to just outside the play-offs by virtue of goal difference with 11 fixtures to play, although if he were to beat County in his 143rd match in charge then the U’s could rise as high as fifth.

From the previous 142 matches in permanent charge of the club, McGreal has quite a good record with a 35.9%-win rate. That means he’s tasted success on 51 occasions, drawn 38 matches and lost 53.

McGreal has remained loyal to Colchester United who were the club to offer him the avenue into coaching / management when he hung up his playing boots in the summer of 2007.

Before being handed the reins of the club nearly three years ago, the 46-year old held the positions of professional development coach, U18s manager, U21s manager, interim first-team manager and assistant manager as well. 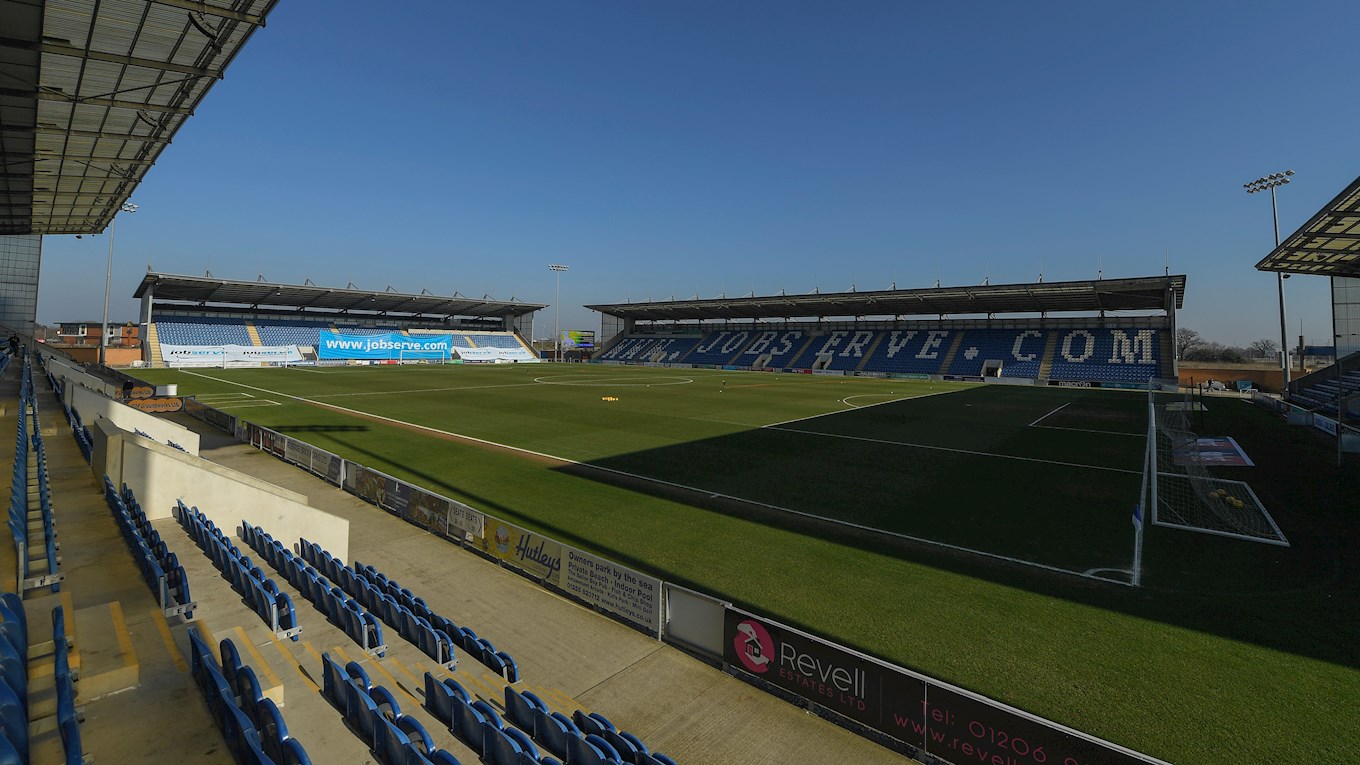 Newport County AFC will be looking for their first ever victory – and also their inaugural goal – at the JobServe Community Stadium when they make the long trip to Essex on Saturday.

One of the newer stadiums in the division, Colchester United moved into their new home in August 2008 and it is an all-seater stadium with a current capacity of 10,105.

Attendances haven’t quite peaked that high on the two previous trips County have made to Essex and they’ll be hoping for a better result this time around too.

Away supporters will be housed at one end of the JobServe stand which runs alongside the pitch. 157 supporters helped compose the 3,088 crowd during their first visit on 8th October 2016 for a 0-0 draw which brought about Sean McCarthy’s final game of his temporary stint as caretaker manager.

County again made the trip down on 3rd February 2018 as 184 away supporters made part of the 2,874 attendance which saw the Exiles edged out 2-0 just four days before another trip towards London to face Tottenham Hotspur at Wembley in an Emirates FA Cup Fourth Round replay.

Clinicality from Newport County AFC in both boxes ensured they returned to the automatic promotion spots of the League Two table with a 2-0 victory over Colchester United.

For all their endeavour when controlling the majority of first-half proceedings and edging the possession statistics, Colchester United were limited to just one shot on target, such was the clinicality in defence from the Exiles.

That gave County a platform to build upon and they secured themselves the three points with two expertly crafted goals on 54 and 67 minutes respectively.

Not a single corner-kick was earnt by either side in the first-half, but when County finally got one, Padraig Amond flicked on Matty Dolan’s delivery and Jamille Matt tapped home for his 11th of the season – already his best tally from a Football League campaign.

From perennial scorer to rookie contributor went County when getting the second as Cameron Pring netted his first professional goal. It came after more intricate passing from the Exiles, Tyreeq Bakinson feeding his fellow Bristol City loanee who finished the opportunity like a potent striker.

Colchester did hit the crossbar in response and also saw ex-Exile Frank Nouble’s shot cleared off the goal-line, but the points were already wrapped up for County who concluded a positive week – which also included wins in the Emirates FA Cup and CheckaTrade Trophy – in confident fashion.

Read Mike Flynn’s and Mickey Demetriou’s thoughts of the game.

🎥| When you're half way through your post-match interview and the @Newport_BID #CountdownToChristmas fireworks go off! 🎆🎆
Full interview available tomorrow, exclusively on iFollow. pic.twitter.com/lKxoryTJi0 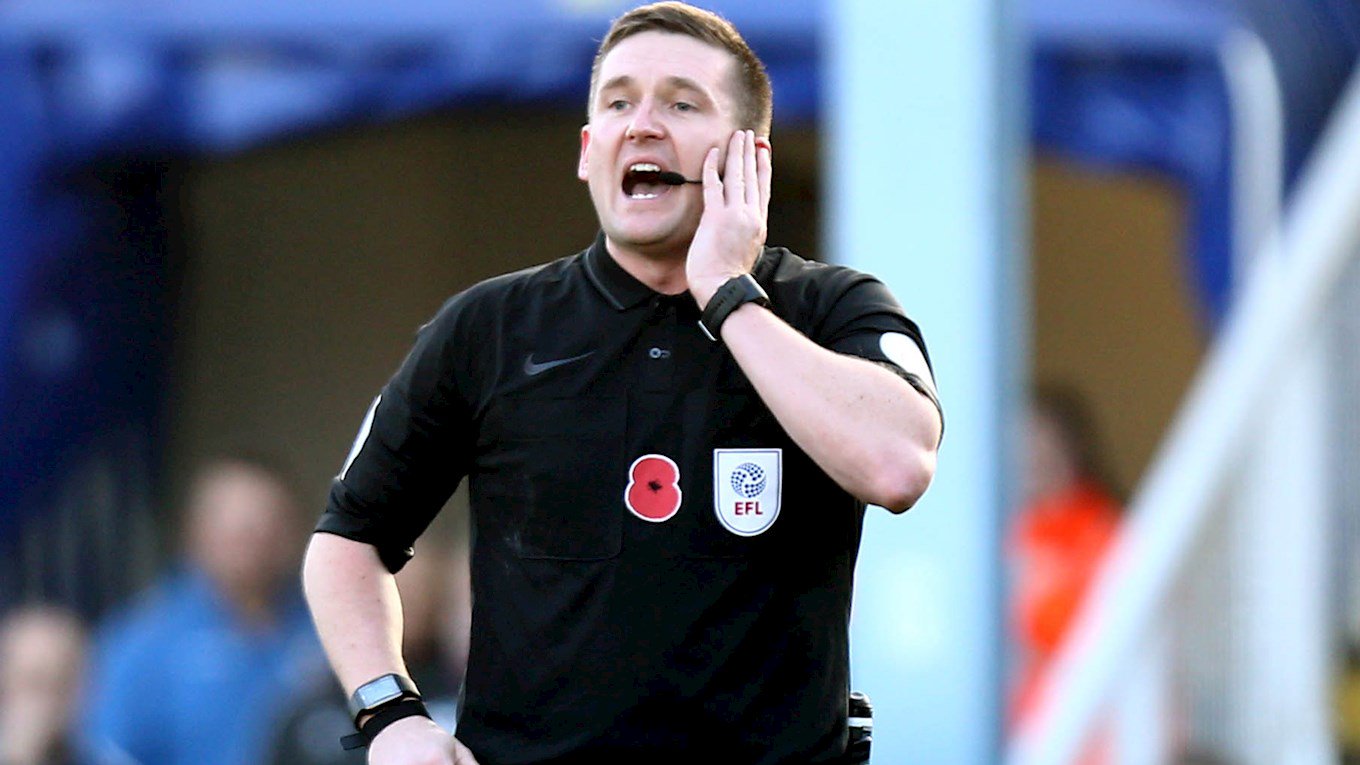 Collins is currently embarking on his eighth season as a Football League referee having officiated his first game in League Two on 6th August 2011 as Gillingham secured a 1-0 home victory over Cheltenham Town.

He has refereed just 18 games so far this season, brandishing 55 yellow cards and one red card, including two yellows in his inaugural game of the campaign on 8th September as Cheltenham Town secured an impressive 3-1 away victory at Northampton Town.

Two matches have passed this season without Collins going to his pocket – MK Dons’ 1-1 home draw with Tranmere Rovers on 29th September and Shrewsbury Town’s away victory at AFC Wimbledon on 3rd November.

His record number of yellow cards given out for a solitary fixture this season stands at seven, a figure brandished twice – Port Vale’s victory at Yeovil Town on 27th November and Stevenage’s away success at Saturday’s hosts Colchester United on Boxing Day.

That follows on from refereeing a total of 15 games during the 2017/18 campaign, a season in which Collins brandished 50 yellow cards and one red card throughout the entirety of the campaign. 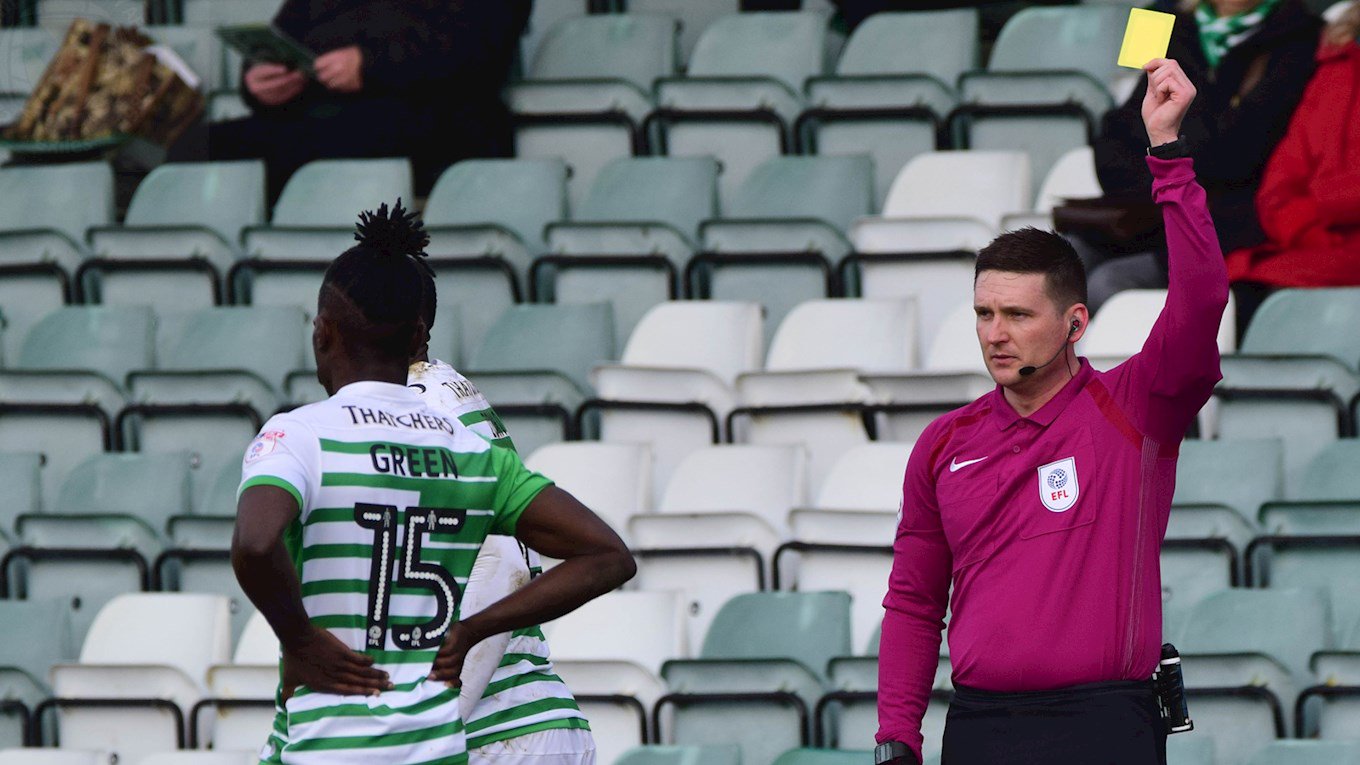 Collins has refereed a match involving Newport County AFC on eight previous occasions in League Two. He’s somewhat of a lucky omen as the Exiles have a strong record in games presided over by Collins, winning five, drawing two and losing the other one.

This game will be the first time Collins has presided over a County fixture this season, although he was originally scheduled to be the man in the middle for the CheckaTrade Trophy defeat to Cheltenham Town on 4th December 2018 but was replaced at the last minute by Andy Woolmer.

Last season, he refereed one County match and it was one of the victories as the Exiles secured a 2-0 success at Yeovil Town on 10th March 2018. Joss Labadie and goal scorer Paul Hayes were both booked – as was Francois Zoko for the hosts.

In the 2016/17 ‘Great Escape’ season, one more fixture was overseen by Collins – the 2-1 away defeat at Wycombe Wanderers on 2nd January 2017. Darren Jones, Jennison Myrie-Williams and goal scorer Mark Randall were all cautioned.

Again it was just the one County game for Collins in 2015/16 – this one coming at Rodney Parade as a slender 1-0 victory was secured over Carlisle United on 13th February 2016. On this occasion, Jones, Byrne and Alex Rodman found their names in the book.

Then came the 1-1 draw with Cheltenham Town at Rodney Parade on 13th March 2015 as no County players received a caution. That was swiftly followed by the 2-2 draw with Hartlepool United on 3rd April 2015. Sean Jeffers and Byrne were both shown yellows.

In County’s inaugural season back in the Football League, Collins this time refereed two matches involving the Exiles, starting with the 1-0 success over Bristol Rovers. No bookings for County as they won the first competitive Severnside derby for 27 years.

That just leaves the 3-1 home triumph over Southend United on 27th October 2013. Again, no cards from an Exiles perspective, with the goals coming courtesy of Conor Washington, Andrew Hughes and Ismail Yakubu.