Club Mental Health Ambassador Dan Butler has been awarded the Sky Bet League Two PFA 'Player in the Community' award for the 2018/19 season.

Dan's commitment and enthusiasm shown over three years towards the 'We Wear the Same Shirt' County in the Community football group and constant support of the many different projects run in the Community played a huge part in Dan winning the award.

For over three years Dan has been an avid fan of the Community side of the Club and spent much of his spare time with the ever-growing number of individuals who make up this popular part of the Club. 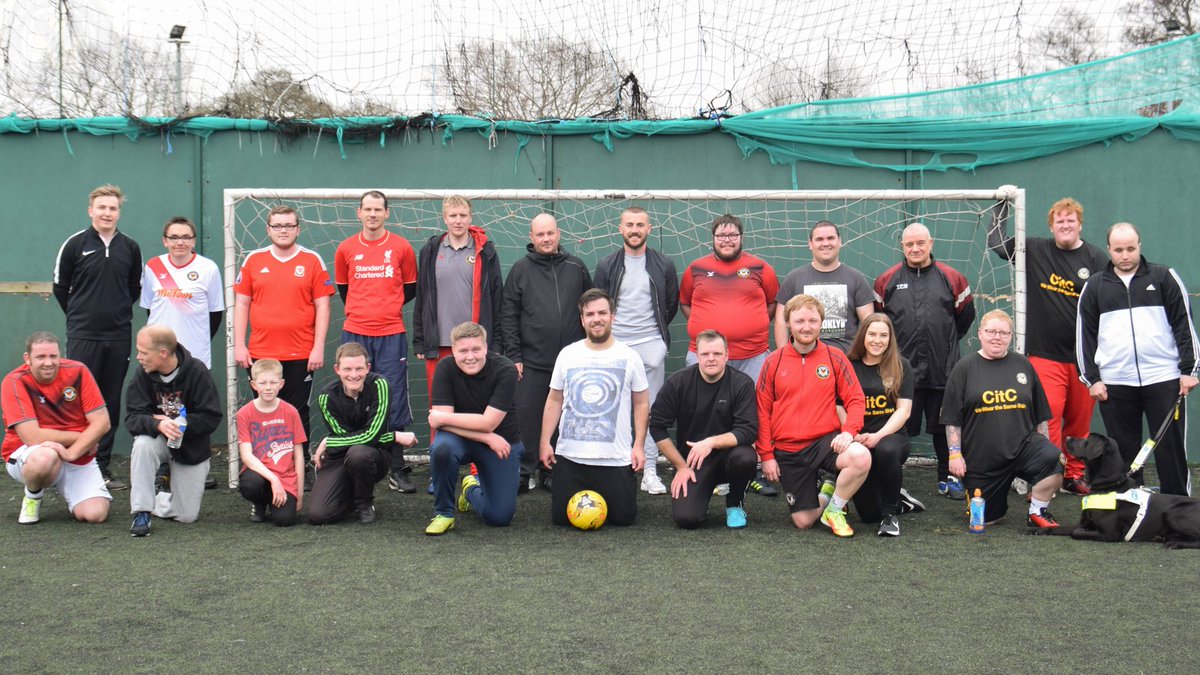 As well as his work with the County in the Community, Dan also spends a lot of his time taking on different projects as Club Mental Health Ambassador, including these past two weeks in April during Level Playing Fields' #WeeksOfAction.

Click here for a behind the scenes look at a 'We Wear the Same Shirt' training session.

The defender was awarded PFA Community Champion for the 2017/18 season, as seen above, presented by Community Development Officer Norman Parselle.

Shortly after finding out he had won the award, Dan said:

”I am very proud to win this award, I wouldn’t be able to have won it without Norman Parselle introducing me to County in the Community’s ‘We Wear the Same Shirt’ Group and all of the players being so welcoming and helping me feel part of the group straight away. I owe this award to them.

My family will be very proud of me winning this award, I am honoured to have won it and will continue to spend time with the County in the Community as often as I can.”

"Everyone at the Club is absolutely delighted that Dan has won this award. This award is testament to the player and man that Dan is and epitomises what we look for in a player at the club; full commitment on the field and constantly supporting the community off it."

Dan will officially be presented with the award at the EFL Awards Night on Sunday 7 April.

The star-studded event at the Grosvenor House Hotel on Park Lane, attended by players, managers, Clubs, legends of the game and media, will recognise the achievements on and off the pitch of those within the EFL throughout the year.