County forward Padraig Amond has been called up to the provisional 38-man Irish Senior squad ahead of the Republic's upcoming European Qualifying matches against Gibraltar and Georgia.

The forward has scored 21-goals so far in all competitions this season, including the winning penalty against Leicester City,  a superb half-volley against Middlesbrough and an incredible lob against Manchester City all in the Emirates FA Cup.

As well as his historic FA Cup exploits where he became one of very few players ever to score in every match up until the Fifth Round, the forward has also netted 13 goals in the League so far this season. Watch all of his goals this campaign so far by clicking here.

The 30-year-old striker, born in Carlow, has made over 500 career appearances and also featured for his country four times at Under-21 level. 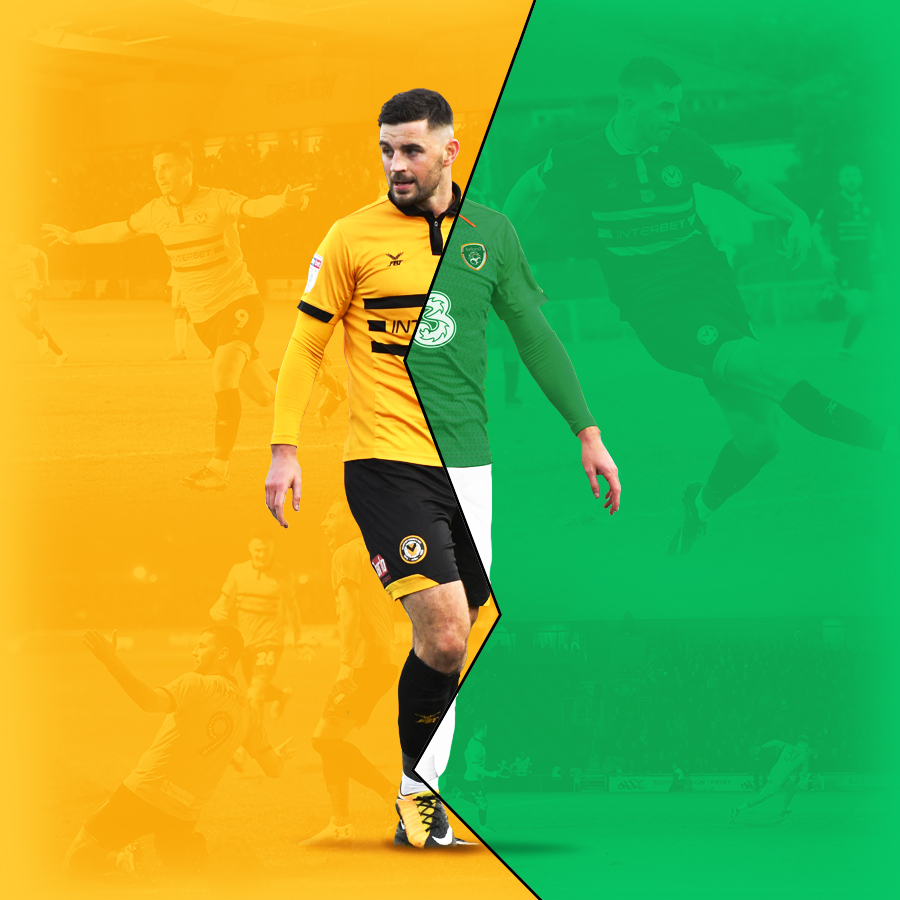 After receiving the news of his call up, an ecstatic Padraig told #iFollowExiles: "I'm so delighted to have received my first call up. This is the proudest moment of my career so far. There is no bigger honour than getting the chance to represent your country, so I am delighted to have that opportunity."

Newport County AFC Manager Michael Flynn proudly said: "It's excellent news about Padraig, he has earned this call up through being so professional and playing the best football of his career so far this season. He has shown that every footballer out there should never give up on your dreams.

Mick McCarthy is a fantastic football Manager and it will be great experience for Padraig to go away with Ireland. The honour of being called up to the Provisional squad will be one of the proudest moments of his and his families lives."

If selected for the final squad, Padraig will be eligible for next Friday's match against Cheltenham Town at Rodney Parade before departing to join up with the Senior Irish squad on Sunday 17th March.

The first of the European Qualifiers is away in Gibraltar on the 23rd of March, with the second against Georgia on the 26th March in the Aviva Stadium in Dublin.

On behalf of everyone connected with Newport County AFC, we would like to wish Padraig all the very best. Good luck, Podge!