A huge congratulations to both Manager Michael Flynn and Goakeeper Joe Day, who have won the Sky Bet League Two Manager and Player of the Month Awards for April!

Newport County manager Michael Flynn has been named the Sky Bet League Two Manager of the Month for April.

April began with Flynn dismissing the Play-Off places as too far away, but ended with Newport roaring into them as his ability to raise his players’ performance levels shone through, with 15 points from seven games and just one goal conceded.

Flynn said: “It's a fantastic team effort, not just the boys on the pitch, it's the entire squad, the staff, I couldn't do it without them. It's a real team effort. I wish they were in the photo, but we'll have to do with just me and Joe.” 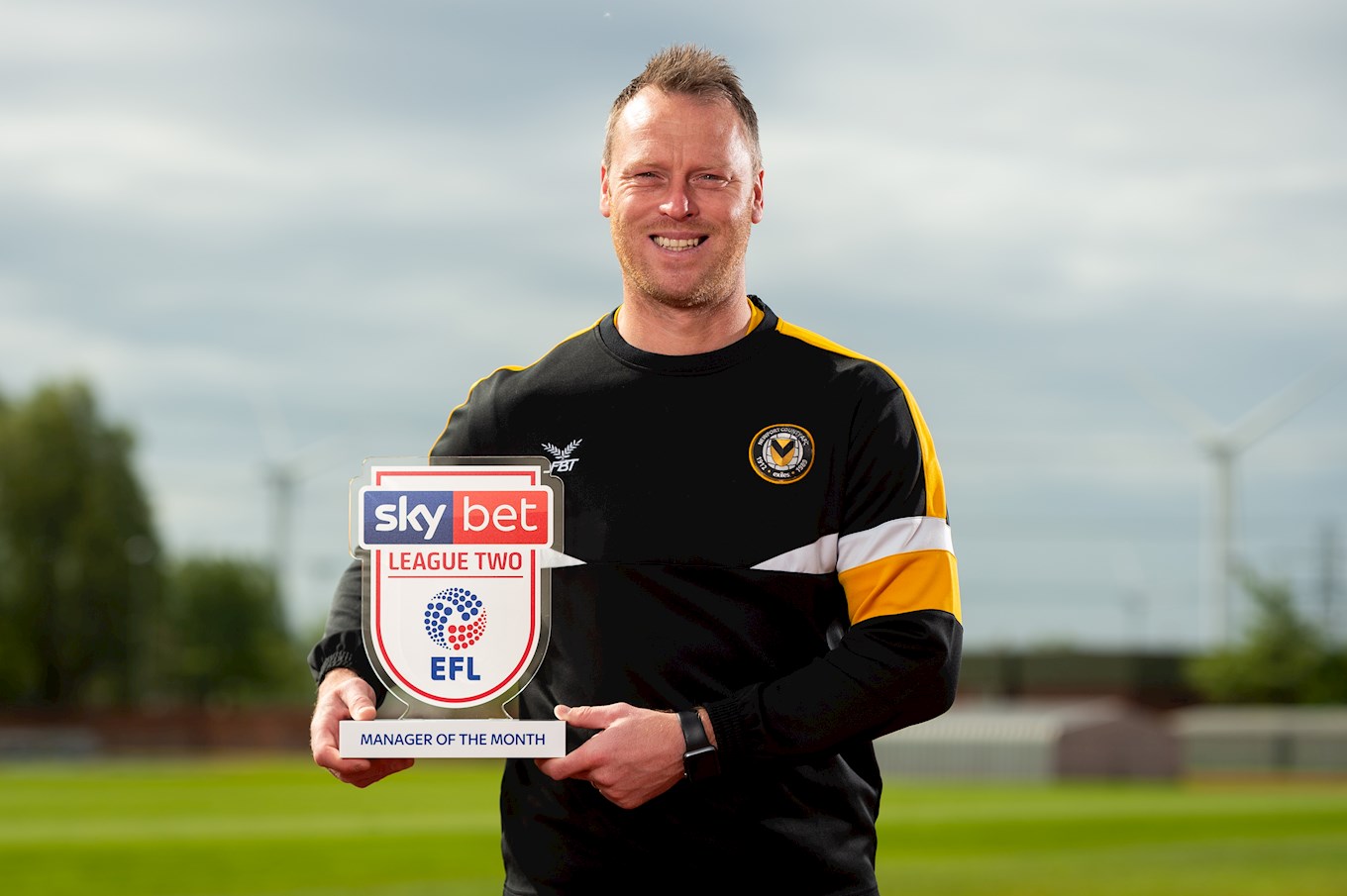 George Burley chairs the Sky Bet Manager of the Month judging panel. He said: “What a month Michael Flynn’s team gave the supporters of Newport County. “Fifteen points from seven unbeaten games, which included excellent wins against leading clubs Lincoln City and Bury, was enough to climb into the Play-Off places and ensure a dramatic end to the season.”

Sky Sports’ EFL pundit Don Goodman said: “Newport County look to have timed their PlayOff push to perfection, using their games in hand to the full effect and sneaking into seventh position on the final day of April. “Enormous credit must go to Michael Flynn who is relishing the promotion battle, having saved the club from going out of the EFL just two seasons ago.”

Sky Bet EFL trader Ivor Davies said: “Michael Flynn’s Newport won three and drew three games in April to propel themselves into Play-Off contention. “They can guarantee themselves a Play-Off spot with victory away at Morecambe on Saturday. “The Exiles are 9/2 to be promoted from 9/1 at the start of the season.”

Newport County goalkeeper Joe Day has been named the Sky Bet League Two Player of the Month for April. A busy month for Newport was made easier by the form of Day who, astonishingly, kept six clean sheets and conceded just one goal in seven games.

His shot-stopping ability was particularly sharp in the 0-0 draw with Swindon.

Day said: "I am delighted to receive this award, It's a very proud moment for me to win it, in all honesty, it has been a real team effort throughout April. “The results we have picked up and ground out have been amazing, from the front to the back of the team, it has been massive." 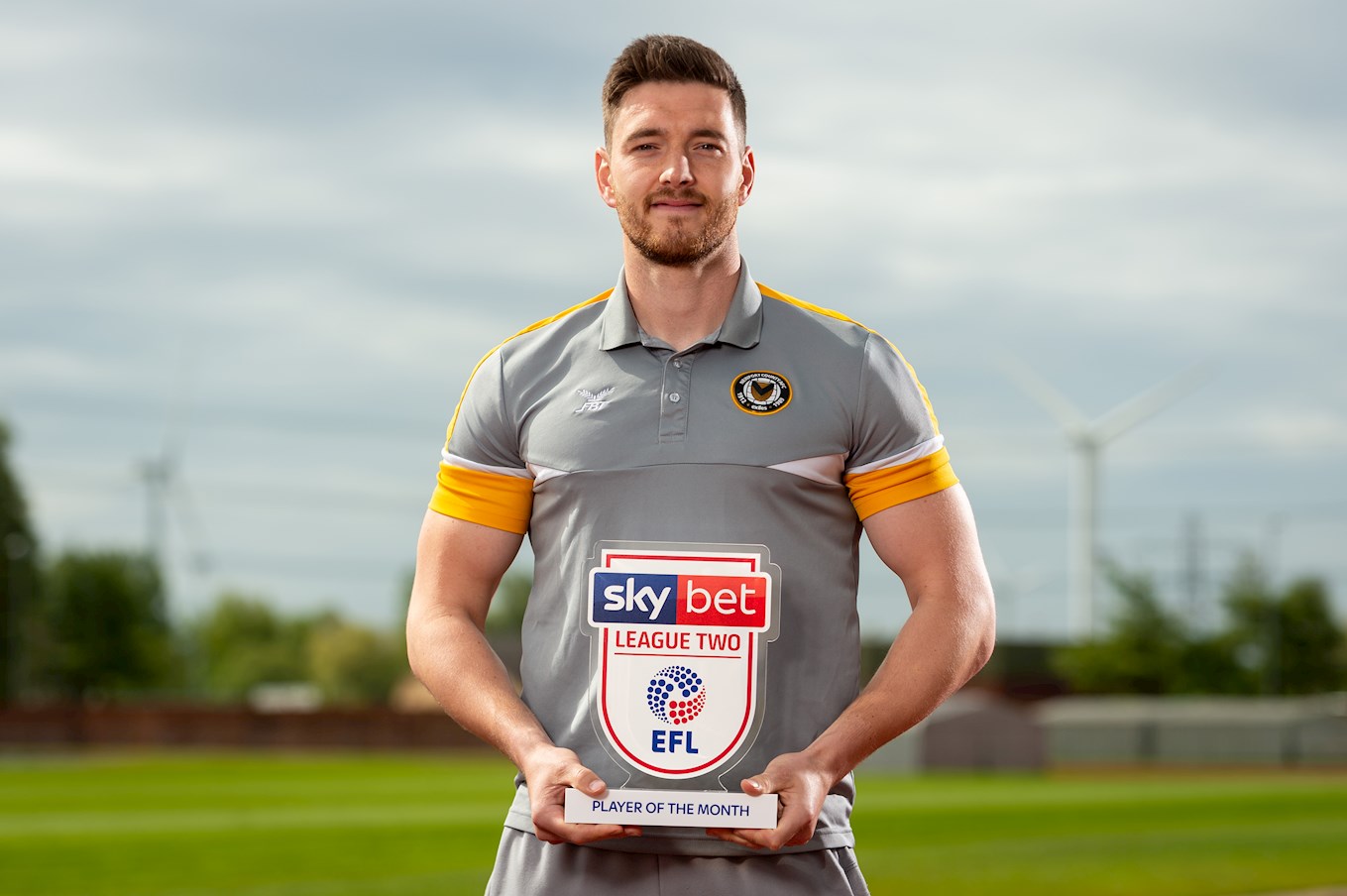 Sky Sports’ EFL pundit Don Goodman said: “It’s not often that a goalkeeper wins the Player of the Month, but when your team moves into a Play-Off berth courtesy of six clean sheets, people tend to sit up and take notice. “Newport went into April with one of the worst defensive records in the EFL but only conceded one goal in the month, despite playing three of the top five, a quite remarkable turnaround.”

Sky Bet EFL trader Ivor Davies said: “The foundation for Newport’s push for the Play-Offs has been built on a solid defence and amazingly Joe Day only conceded one goal in April.”

Congratulations to both the Gaffer and Joe! On to Morecambe. Not got your ticket? Click here.