At 6:30pm on Monday 20th May 2019, Keanu Marsh-Brown and his partner Natasha welcomed their first child, Athalia Marsh-Brown, into the world.

The news was greeted with numerous congratulatory messages from the club’s players, staff and various other members of the football community as well.

my beautiful princess is born 👶🏽 Athalia 💕

And now Marsh-Brown wants to turn the ‘proudest moment’ of his life into the perfect week by helping Newport County AFC secure promotion with a play-off final victory against Tranmere Rovers tomorrow.

On the birth of his daughter Athalia Marsh-Brown… 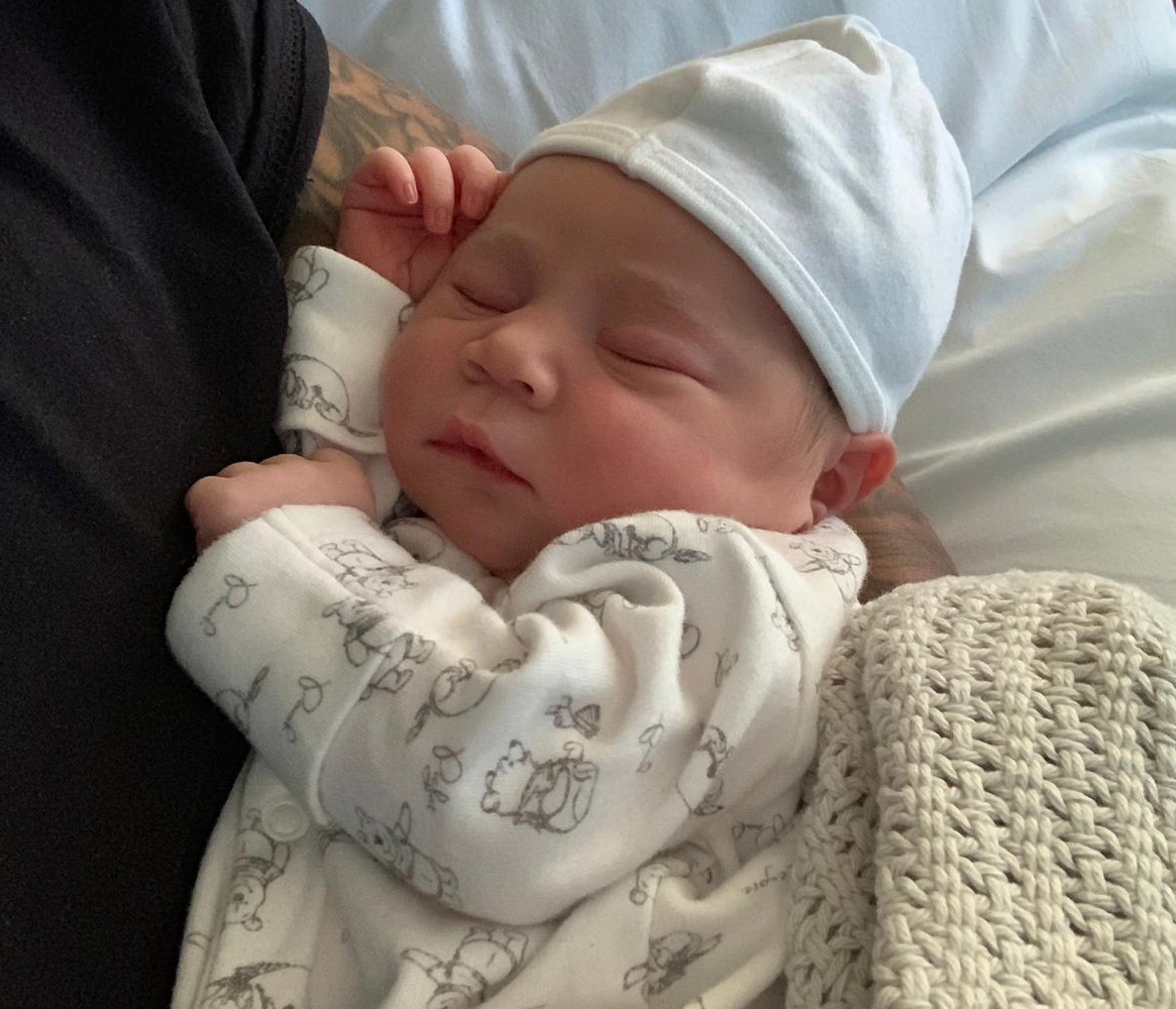 "It’s the proudest moment of my life. My daughter being born into the world is the most amazing feeling and my partner, Natasha, did amazing. It’s a surreal feeling.

"Securing promotion would put the cherry on the cake and make it a perfect week. My first child being born and winning a play-off final against Tranmere Rovers would just top a perfect week, month and season.

"I’m available for Saturday. I went back into training with the boys on Wednesday and I’m fit and ready to play. I’m ready if I’m called upon to start or ready to come off the bench.

"I think it might be a bit too soon for Athalia to attend her first game. We’ll leave it until the morning of the game and see how her and Natasha feel. If not, they’ll be supporting me from home on SKY so either way they’ll be watching and cheering on the team."

"Playing at Wembley is something I like doing. I’ve played there twice before – including beating Tranmere in a play-off final – so it’ll be good to do it again.

"It was a similar story to this season really in that Tranmere finished higher than us in the league. But we went into the game positive and thinking that we could beat them, I started the game and felt positive as well.

"It was an amazing game. We won 3-1 and got Forest Green Rovers promoted into the Football League for the first time in their history.

"It was just an amazing feeling and I want to experience that again. I know we can do it with the players we have here and if we get an early goal, it’ll set things alight and we’ll push on from there."

On preparations ahead of the showpiece at Wembley…

"We’ve had a fantastic season; the vibes are high, and we’ll look to get the result on Saturday.

"That’s going to help a lot that most of us have played at Wembley Stadium before. In another play-off final with Forest Green [a 3-1 defeat to Grimsby Town in 2016], I played with Pipey, so it’ll be another special feeling for myself and him.

"Everyone wants the same thing and we’ve got the experience to make sure we get the job done.

"To win the play-offs, it just takes belief, team spirit, and everyone must stick together. We just have to go into the game positive and make sure we play this game like every other.

"I think we’ve proven this season that we can handle the big games having played and beat teams from the Premier League and the Championship in the FA Cup."

"There’s been a 40-man provisional squad named and it’ll get narrowed down to 23 over the weekend.

"I’ve had a call from the gaffer [former Derby County defender Michael Johnson] just letting me know that I’m in the squad, in the team, so I’m just getting myself ready for that as well.

"The first thing on my mind is the play-off final and then after that, it’s going away with the national team and doing well for myself, my family and the country. I’m going away to play in a huge tournament against USA, Panama and Trinidad & Tobago.

"100% I can use Saturday to put a marker down for the national team. At every team I’ve been at, I love being that player who starts every game.

"I think I thrive off big games, big opportunities and even at Wembley, I’ve got a couple of assists and a goal. That’s what I’ll be trying to do again and I’m ready to do some positive for the team."