Mark O’Brien says Newport County AFC have to take Saturday’s play-off final as ‘just another League Two fixture’ if they want to beat Tranmere Rovers and achieve promotion into the third tier.

Virtually all of the County squad have played at Wembley Stadium before, but O’Brien admits that the occasion could get the better of them if they don’t relax and see things as just another fixture.

County can get all the confidence they need just by looking at the previous meetings with Tranmere where they secured four points and kept two clean sheets in the two matches this season.

The Exiles will also head into the game on the back of a 12-match unbeaten run and O’Brien says momentum is with the squad ahead of Saturday’s showpiece.

On the match with Tranmere Rovers…

"We know what we’re capable of on our day but when you’re going into a cup final, it’s a case where anybody could beat anybody. We know we have to be mentally switched on for us to put in a performance which we know we’re capable of.

"We have to go into the game with calm minds. It’s a whole different game to the Spurs one at Wembley [last season] because there’s a whole lot more riding on it.

"At the end of the day, it’s a League Two fixture and that’s how we must approach it. We’ve played them twice this season and we know we’ve done really well and coped against them in both those games.

"The manager will be prepping us for everything they could throw at us and on the day, whoever wants it more will win the game. We’ll take confidence out of that [two clean sheets against Tranmere this season]. As a defender, you do take confidence knowing you’ve kept the top scorer in the league out.

"It doesn’t mean we’ll go into this game overconfident because we’ll still have to be wary because he’s full of quality, just like the whole team are."

On his journey with the club since arriving in January 2017…

"I’d say this journey began two and a half years ago.

"We were on the brink of relegation and what we had to fight for then instilled this relentless that we’ve got. It’s a resilience which the club has built upon.

"The manager has kept the core of that squad and we’ve pushed on from that experience and added quality to the team year after year. The way things have gone into last season and this season as well is just a positive progression.

"We all know what we’re capable of and now, we’ve got lads up-front who have 40+ goals between them and at the right time of the season, we’ve kept more clean sheets.

"We knew the run we had to go on to get into the play-offs. It was kind of put to us in the way of it being 12 games to go and the manager was talking from the 12 matches we had left when he originally took over.

"We knew then the run we needed, and it was the same this time around. We just needed to bring back the spirit we had that season and we went and did it."

On leading the team out at Wembley as captain…

"How the start of the season was going where I was in and out of the side through injury was tough.

"To be where we are and for me to captain the team from January onwards has been amazing for me and to get to walk the lads out at Wembley, is going to be a moment I’ll never forget.

"We just take it in our stride as a squad and it’s not over yet." 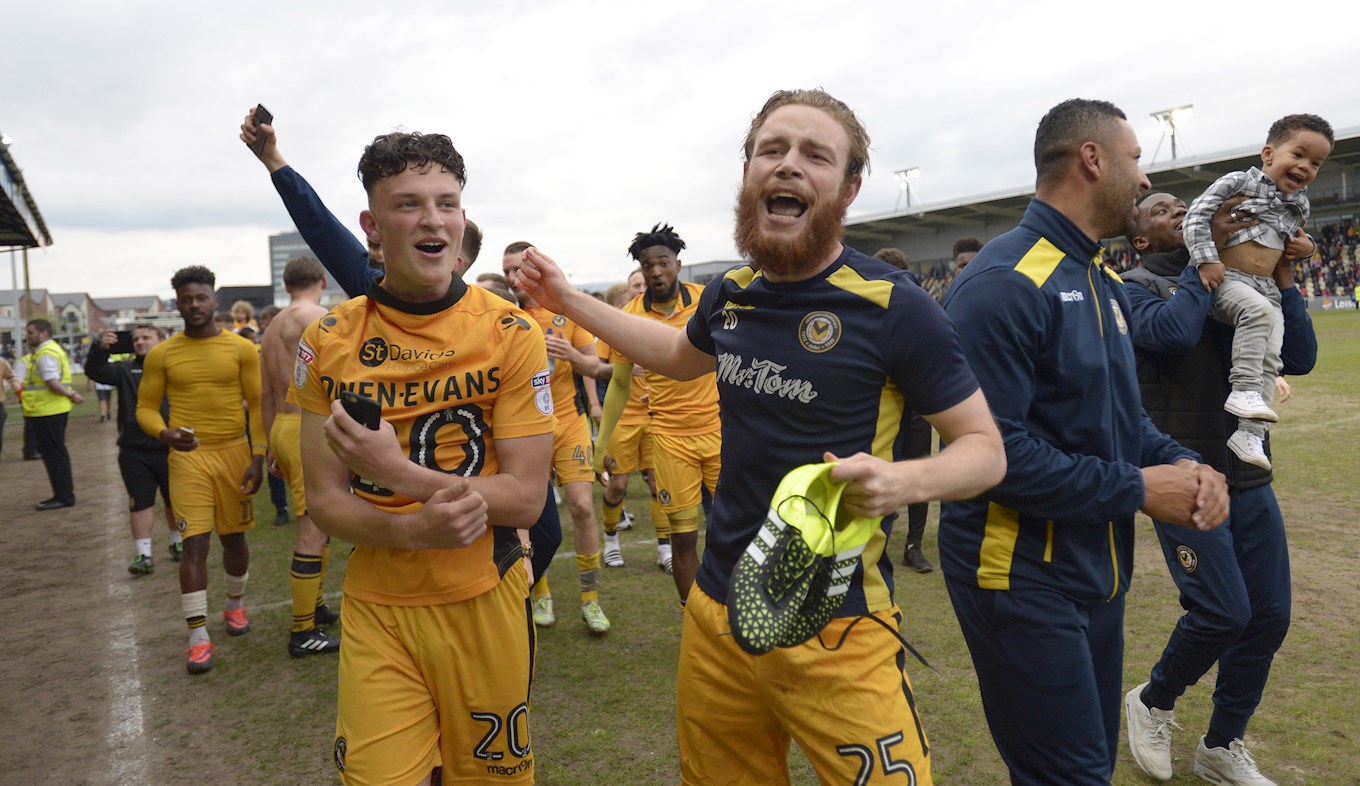 "It started off as a joke that I said I’d grow the beard back. But then we went 12 games unbeaten so in my own head and other people’s as well, they’ve said that I can’t shave it now.

"I thought to myself that if I did shave it off and something did happen or went wrong then people would say it was because of the beard. I’m not leaving any excuses to be had so I’m just keeping it.

"In all seriousness, the beard will probably come back off after the celebrations."