Newport County AFC will be looking for their third away victory of the League Two campaign when they head to Colchester United on Saturday. It seems a while ago, but County did win their last trip on the road four weeks ago at Swindon Town, while Colchester will be hoping to arrest some recent poor form in Essex.

Here, you can find all facts and statistics ahead of this League Two encounter… 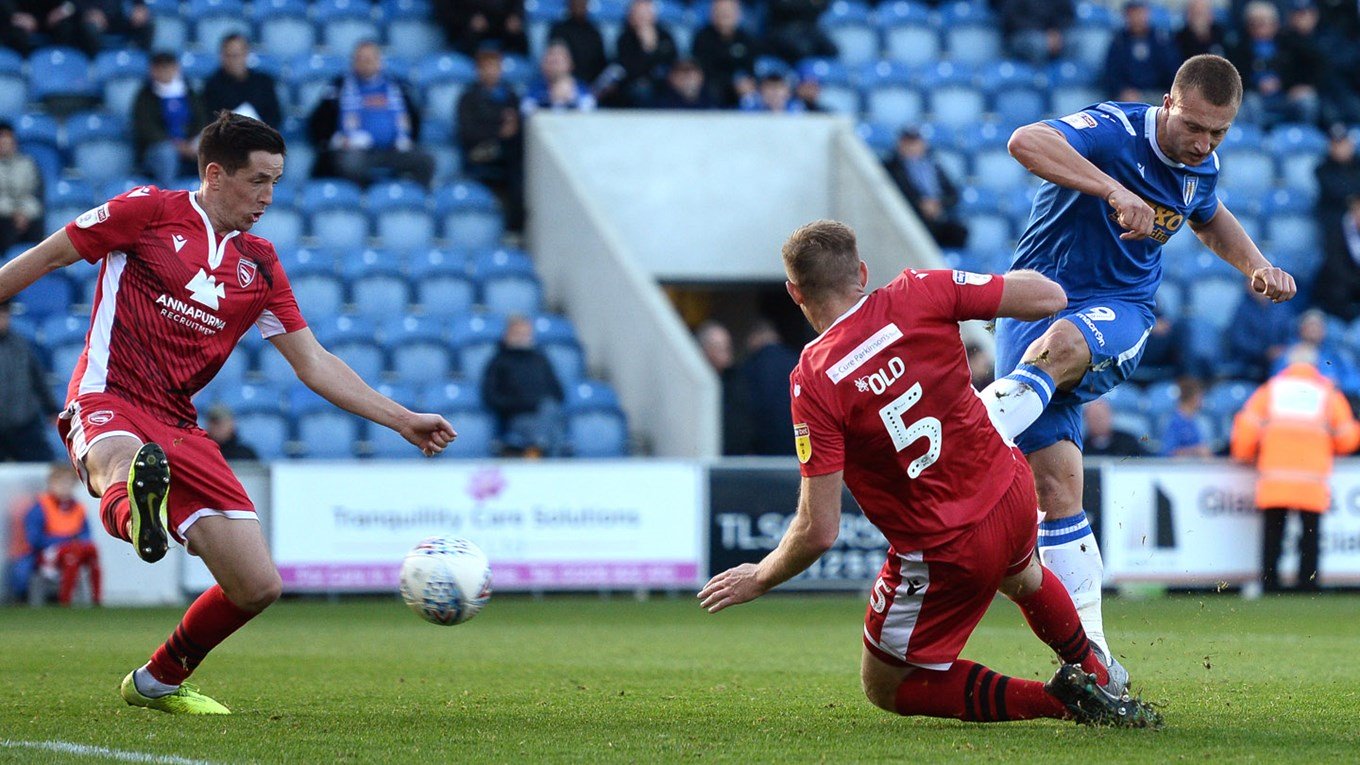 It’s been a bit of an inconsistent start to the 2019/20 campaign for Colchester United who have made more headlines in the Carabao Cup after beating Premier League duo Crystal Palace and Tottenham Hotspur on penalties and are now one game away from the Quarter Finals of the competition.

The U’s are winless from their last three league games so County will hope to continue their slip in form by securing three away points on Saturday – their overall record reads as five wins, five draws and five defeats from the inaugural fifteen matches.

Looking specifically at their home record, Colchester have been hit and miss despite securing three victories against Northampton Town, Leyton Orient and Stevenage. But they surprisingly lost against Morecambe and Cambridge United, alongside draws with Walsall and Port Vale.

Colchester United manager John McGreal is reportedly weighing up whether or not to appeal Theo Robinson’s red card which occurred in stoppage time of Tuesday night’s draw with Crewe Alexandra.

The striker saw red for an off-the-ball altercation with Crewe’s Nicky Hunt but with a three-game suspension looming, McGreal may try and get the decision overturned.

One to Watch – Luke Norris 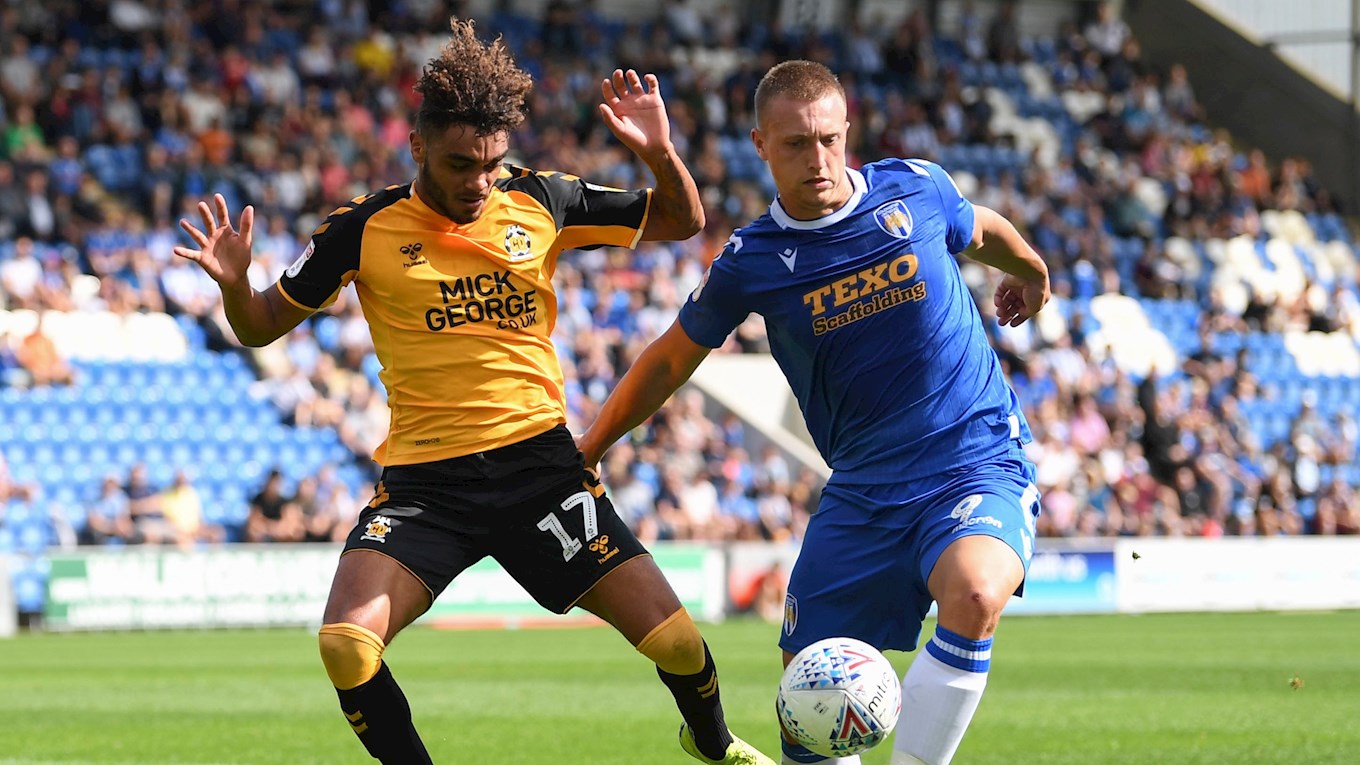 Colchester have had a couple of standout performers so far this season – ex-Exile Frank Nouble and Kwame Poku could easily have been selected here – but Luke Norris has netted on five occasions this campaign and featured in all bar two fixtures in all competitions.

A striker with good Football League pedigree, the 26-year old has scored 60 goals from 260 appearances during his professional career which has virtually all been spent in League One or Two. 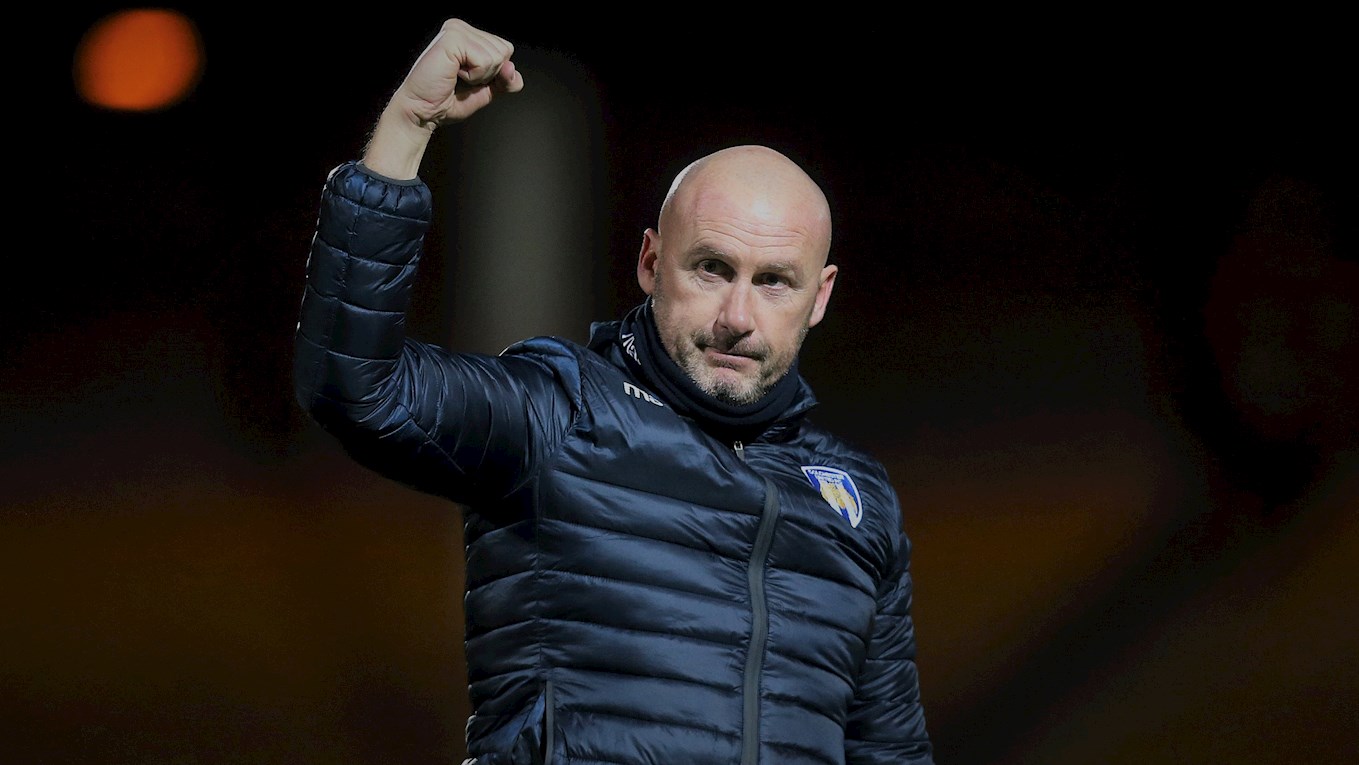 Like County manager Michael Flynn, Colchester United manager John McGreal is still embarking on his first job in football management having taken to the hotseat in Essex ahead of the 2016/17 campaign.

The U’s were the side to fall out of the play-off positions last season when Jamille Matt’s late equaliser at Morecambe put County into the top seven – an eventual eighth placed finish was still by far the highest under McGreal’s guidance after two steady campaigns.

Including one match when he was put in interim charge, McGreal has a win percentage of 36.2% from his 174 matches. He’s secured three points on 63 occasions, lost 64 and drawn the remaining 47 matches.

Newport County AFC will be looking for their first ever victory – and also their inaugural goal – at the JobServe Community Stadium when they make the long trip to Essex on Saturday.

It hasn’t been the happiest of hunting grounds for County on their three previous visits to an all-seater stadium built in 2008, which has a current capacity of 10,105. 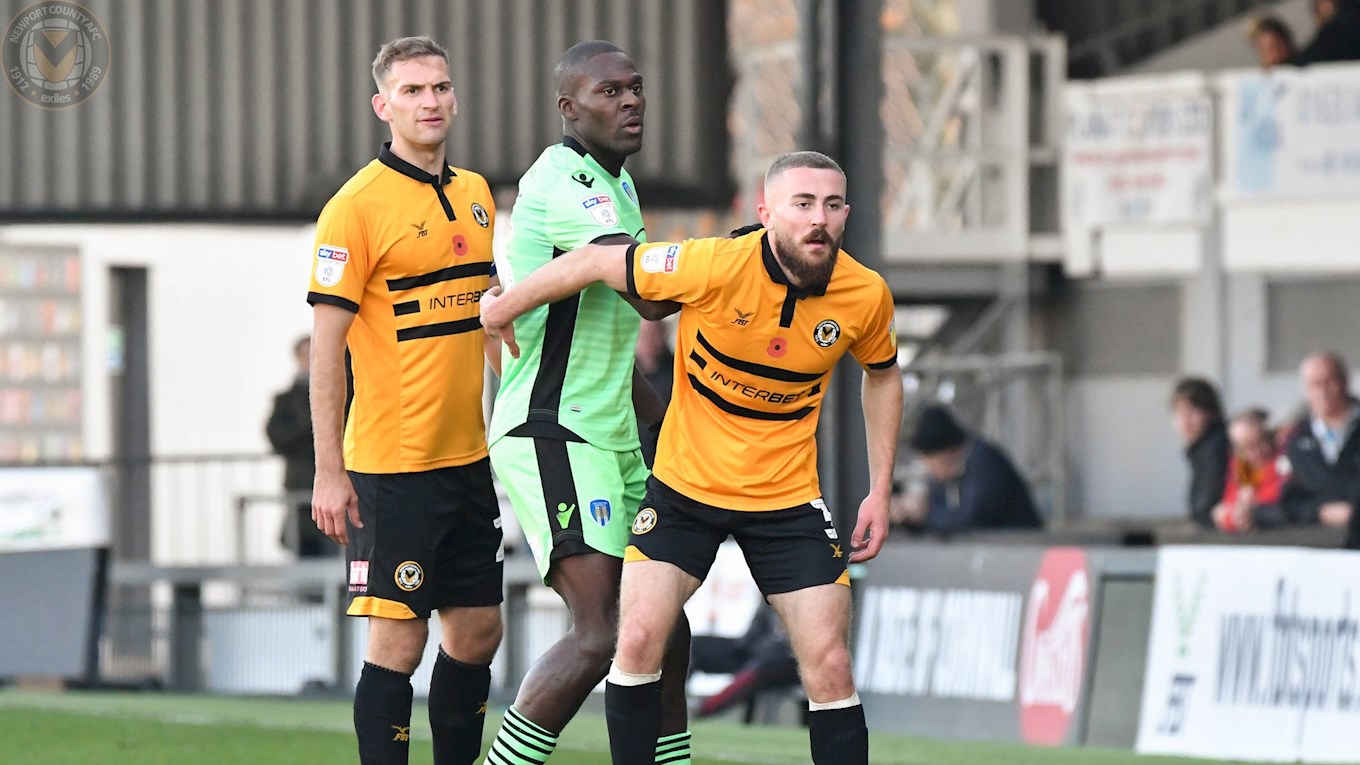 Both sides secured home victories over each other last season which isn’t particularly a surprise since both sides have become renowned for securing impressive results in-front of their home supporters.

Rodney Parade hosted the first meeting on November 17th and County moved back into the automatic promotion places thanks to a 2-0 victory. Cameron Pring scored his only Exiles goal to add to Jamille Matt’s opener as County made good use of set pieces.

In the reverse fixture, Colchester got their revenge with a comprehensive 3-0 victory at the Jobserve Community Stadium on March 9th. Sammie Szmodics opened the scoring in controversial circumstances, before Courtney Senior and ex-Exile Frank Nouble sealed all three points. 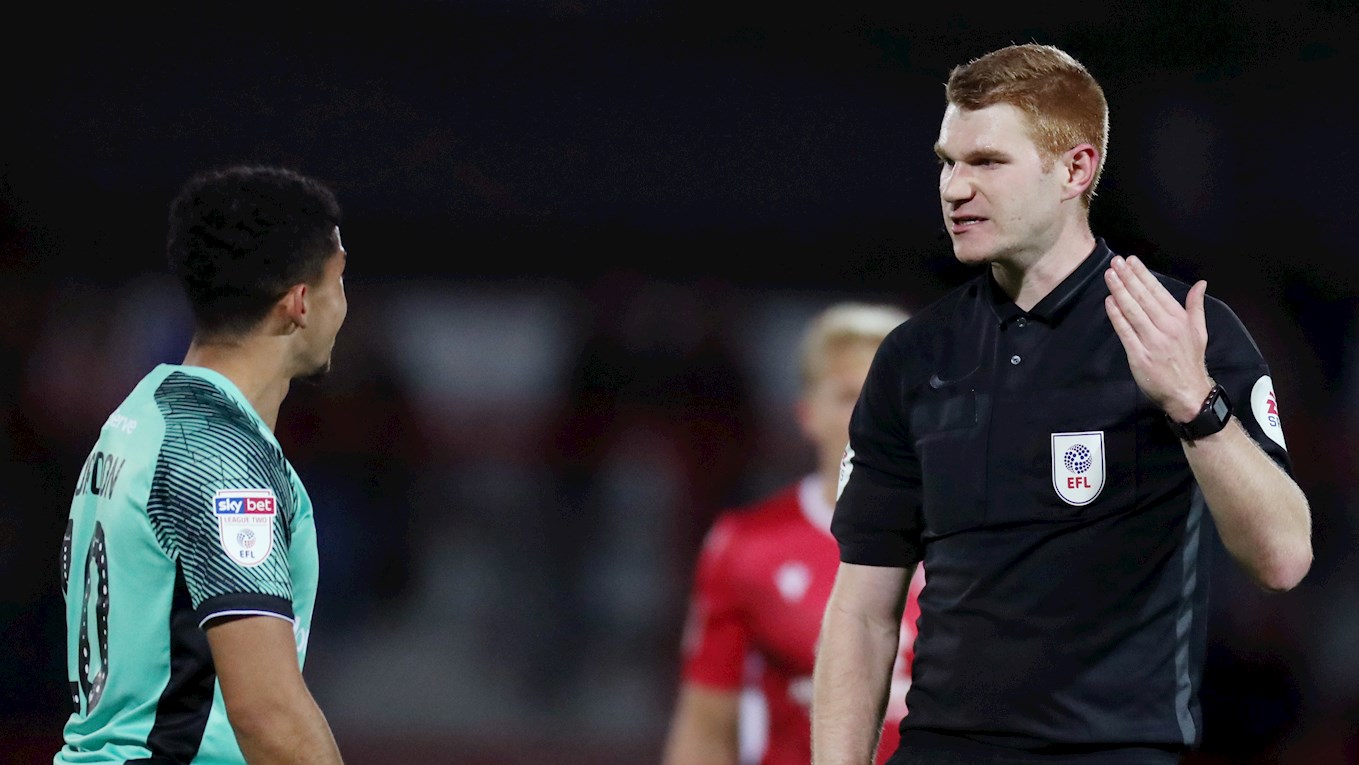 James Oldham will preside over a Newport County AFC fixture for the first time on Saturday when he steps out at the Jobserve Community Stadium in a fixture which will also represent his first-time officiating Colchester United.

Promoted to the Football League at the start of the season, Oldham has officiated seven games thus far, awarding 23 yellow cards and one red card, last taking charge of a fixture on October 8th as Mansfield Town drew with Crewe Alexandra in the Leasing.Com Trophy.

That follows on from refereeing 19 games in his only National League campaign last year, where he awarded 55 yellows and three red cards across the season. He officiated the play-off final as Salford City beat AFC Fylde.