Newport County AFC will be looking to extend their unbeaten league run to an unprecedented 18 matches when they travel to Northampton Town on Saturday. The Exiles could again also rise to the summit of the division with three points and other results going their way, while Northampton will be hoping for a victory which could kickstart their stuttering campaign.

Tipped by Michael Flynn among others to be challengers this campaign, Northampton Town haven’t quite lived up to those expectations in the opening seven fixtures although when you have a major squad overhaul like the Cobblers, time will be required for the new recruits to adjust.

Northampton currently reside in 18th position with just seven points, although their two wins this campaign have been impressive ones after securing a 1-0 away victory at Swindon Town and a 3-1 home triumph against promotion favourites Plymouth Argyle.

The Cobblers have drawn 1-1 with Port Vale and suffered defeats against Walsall, Macclesfield Town, Colchester United and Bradford City. 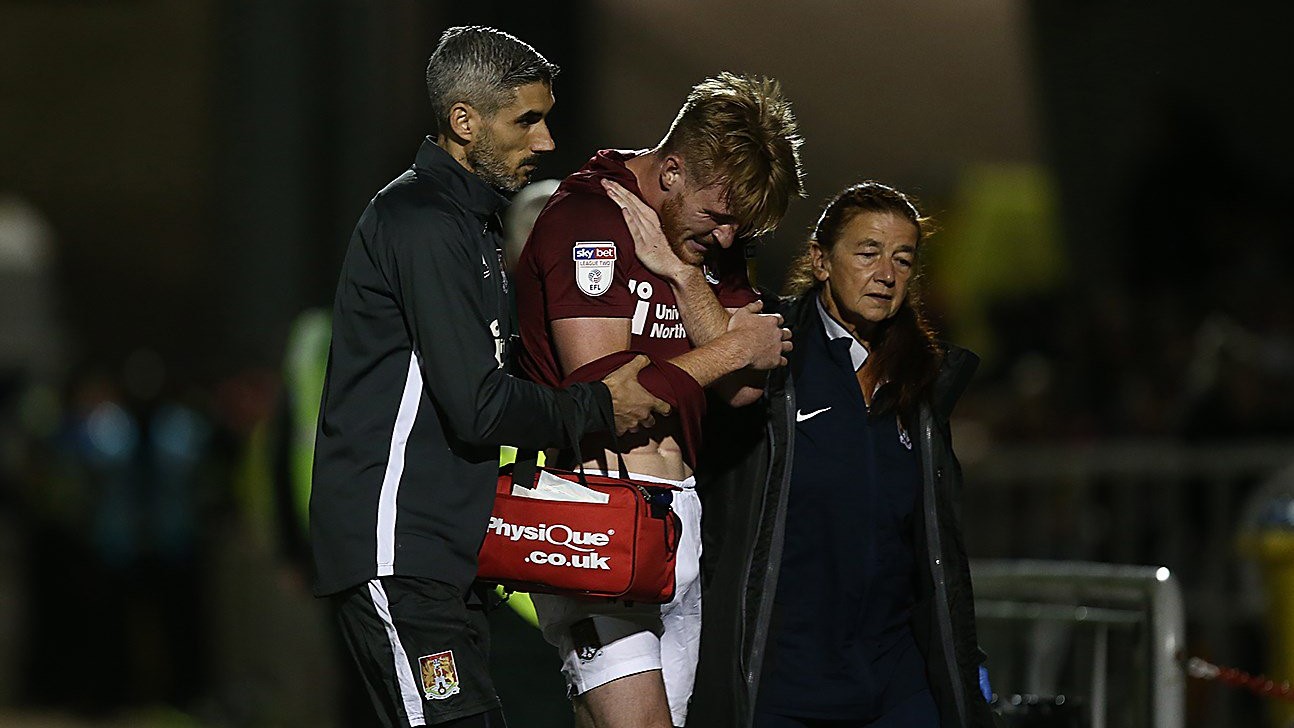 Northampton Town manager Keith Curle will have to decide whether to rotate his squad on Saturday after they suffered a late defeat last weekend against Bradford City.

Midfielder Ryan Watson broke his collarbone earlier this month and is therefore ruled out of Saturday’s contest. The Cobblers have no further injury concerns.

One to Watch – Andy Williams 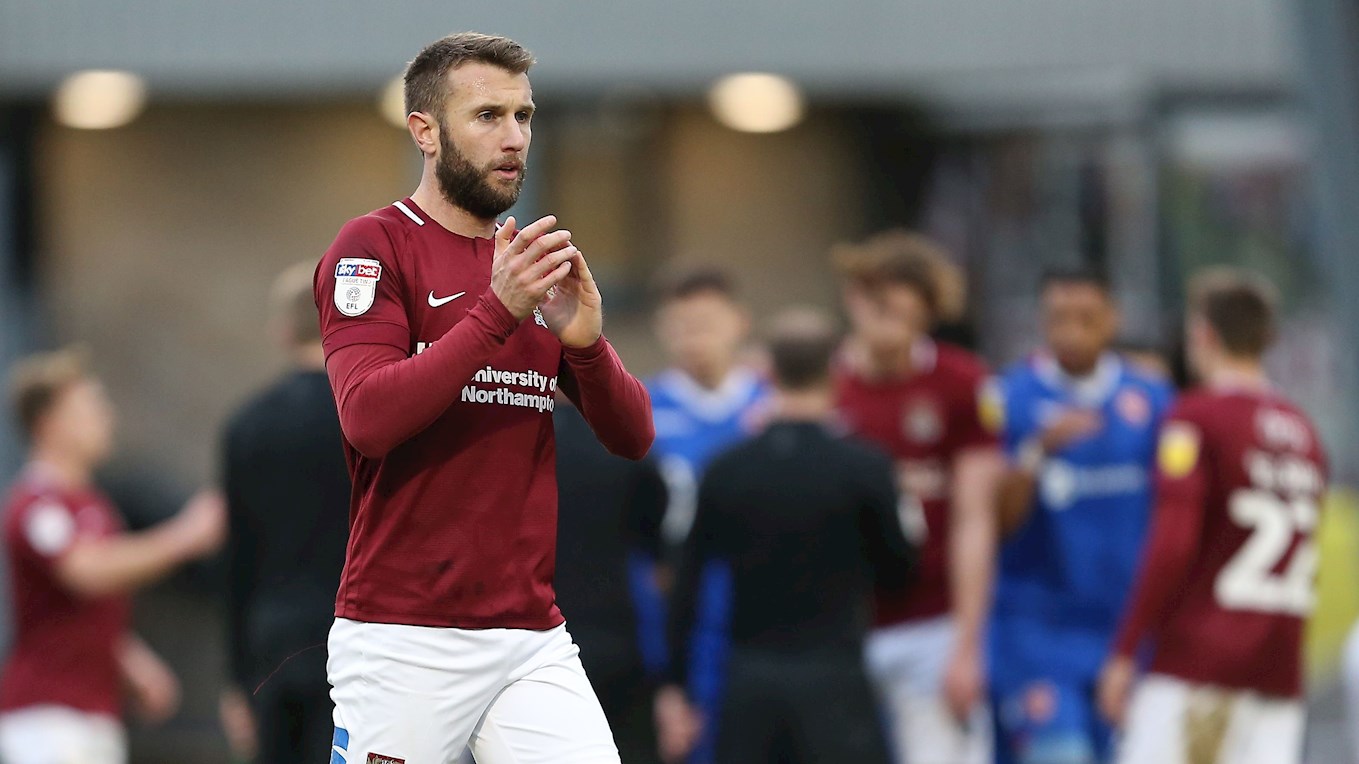 A striker who has scored goals wherever he’s been, Andy Williams has started the season off well so far by chipping in with three goals already, all of them coming in Northampton victories.

Often deployed as a lone striker, the 33-year old is into his second campaign with the Cobblers, where he netted a further 12 goals in 2018/19. 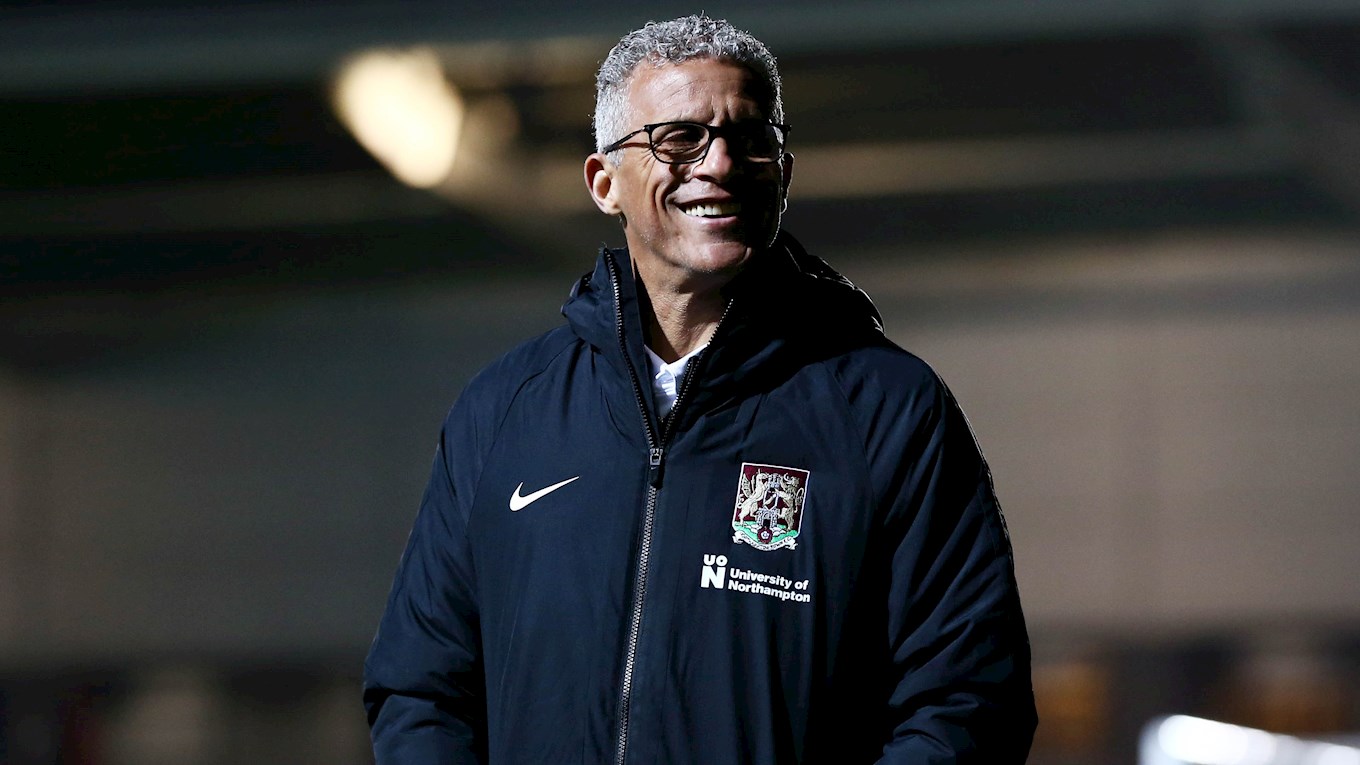 A highly experienced manager particularly at League Two level, Keith Curle has done an excellent job in the hotseat at Northampton Town since taking charge in November 2018.

A team dejected after relegation in 2017/18 and a poor start to last season, Northampton turned to Curle and he steadied the ship quite significantly, before assembling a squad over the summer which could quite easily challenge at the top end of the table come May. 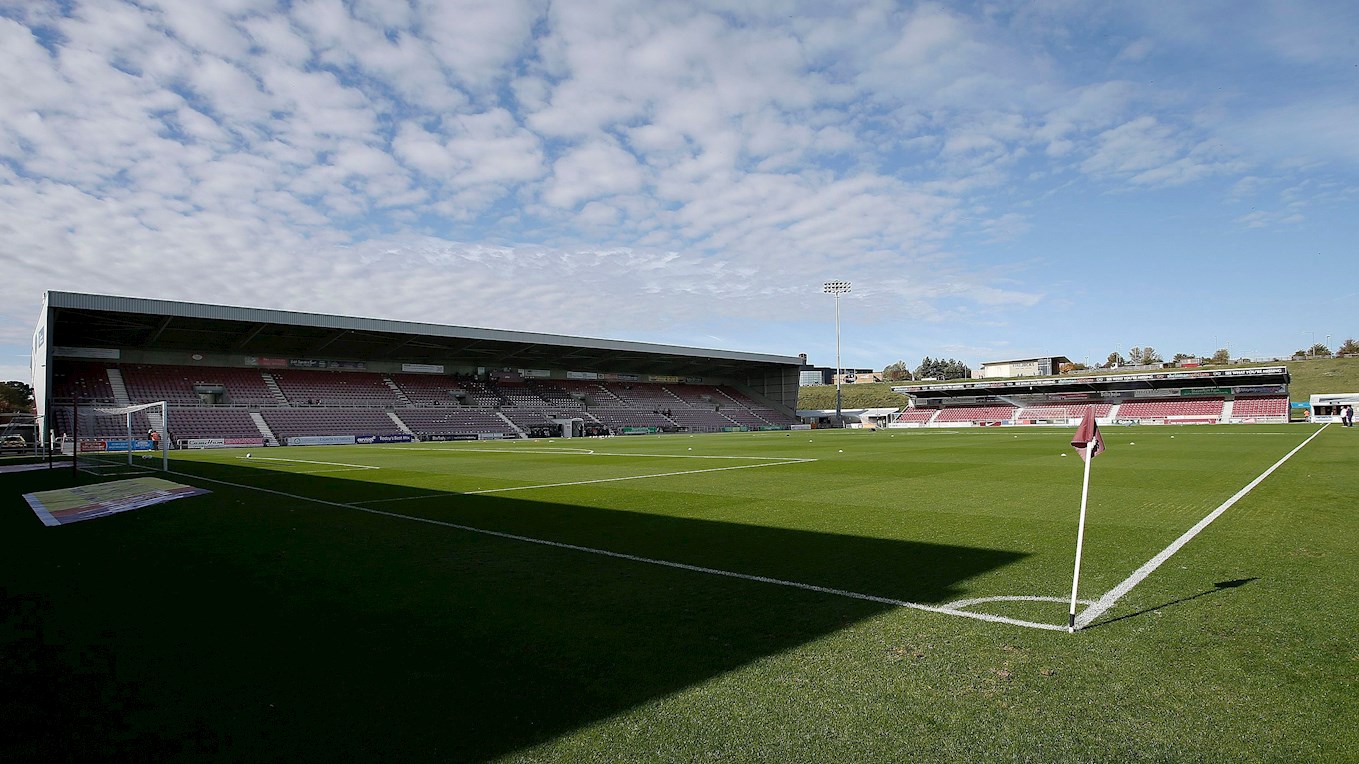 A venue County have visited on five previous occasions, The PTS Academy Stadium is not the happiest of hunting grounds as the Exiles have lost every prior visit to this particular stadium in Northamptonshire.

An all seater stadium with a capacity of 7,798, away supporters will be housed in the Moulton College Stand which is behind one of the goals.

98 fans travelled on a Tuesday night last season for the 1-0 defeat. 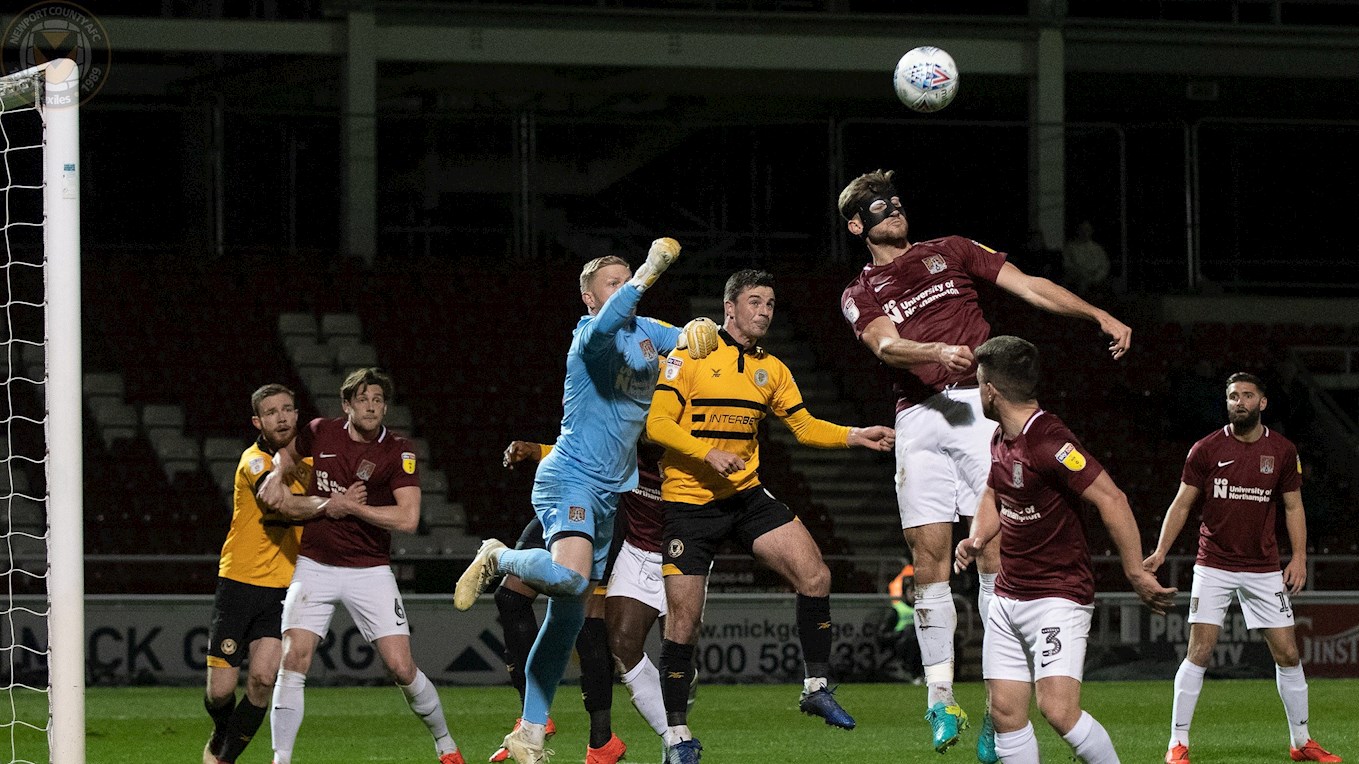 Newport County AFC and Northampton Town both picked up home victories against each other last season as neither particularly imprinted a mark on proceedings away from home.

The first meeting came on November 27th at Rodney Parade in what was arguably County’s best home performance of the league campaign. They came out of the traps with great intent and goals from Josh Sheehan, Jamille Matt and Padraig Amond had the points settled before half time. Andy Williams had previously made it 1-1.

Northampton are the last team to beat the Exiles in a regular season fixture after they secured a 1-0 victory at The PTS Academy Stadium on March 12th.

In many ways this result, although disappointing at the time, really kickstarted County’s march to the play-offs as they knew they couldn’t afford another defeat in the run in. Joe Powell’s 25-yard stunner settled the contest in the 89th minute. 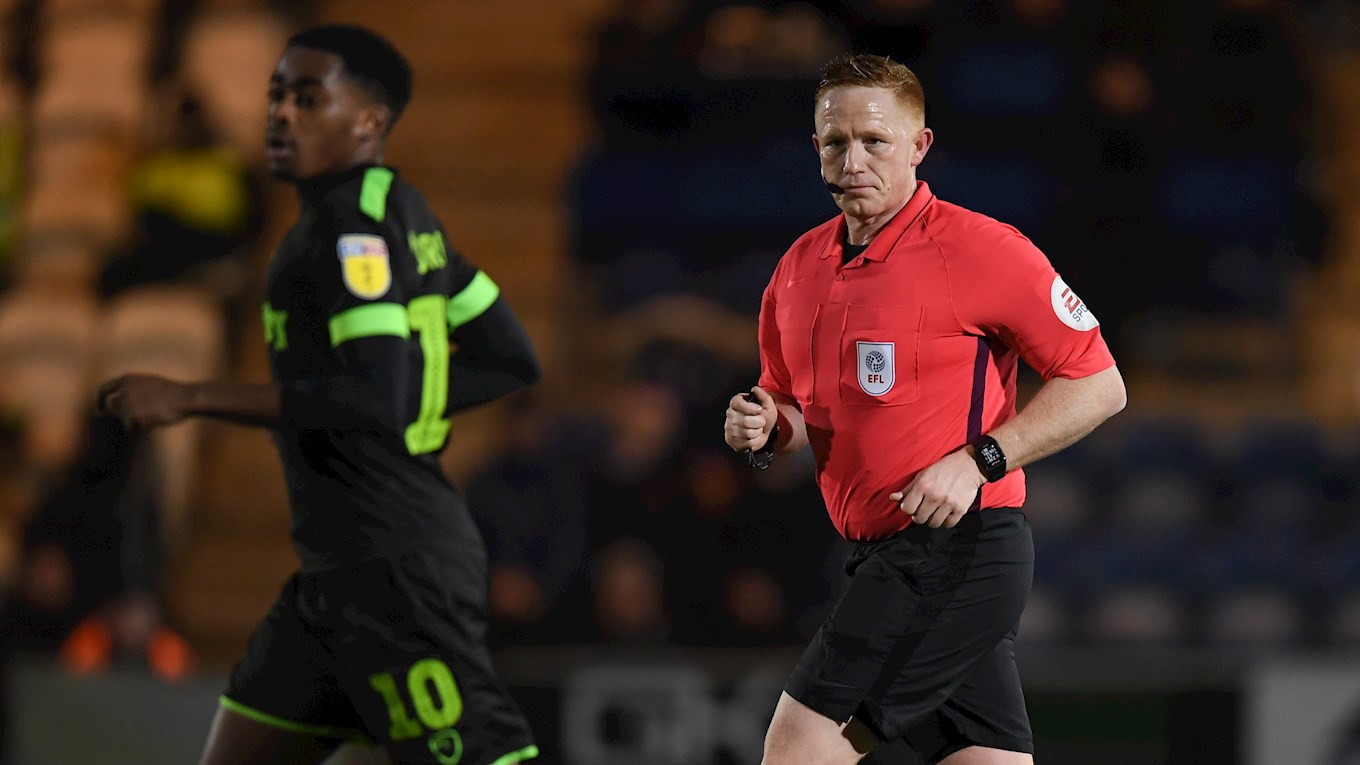 A relatively new Football League referee, Alan Young stepped up from the National League at the start of the last campaign and took charge of his first game on August 4th 2018 when Crewe Alexandra dismantled Morecambe in a 6-0 victory.

Thus far this campaign, he has presided over five matches, awarding 19 yellow cards and one red card, last taking charge of a match on August 31st when AFC Wimbledon and Wycombe Wanderers played out a 0-0 draw.

That follows on from refereeing a total of 35 games during his debut Football League season of 2018/19, a season in which Young brandished 149 yellow cards and four red cards throughout the entirety of the campaign. 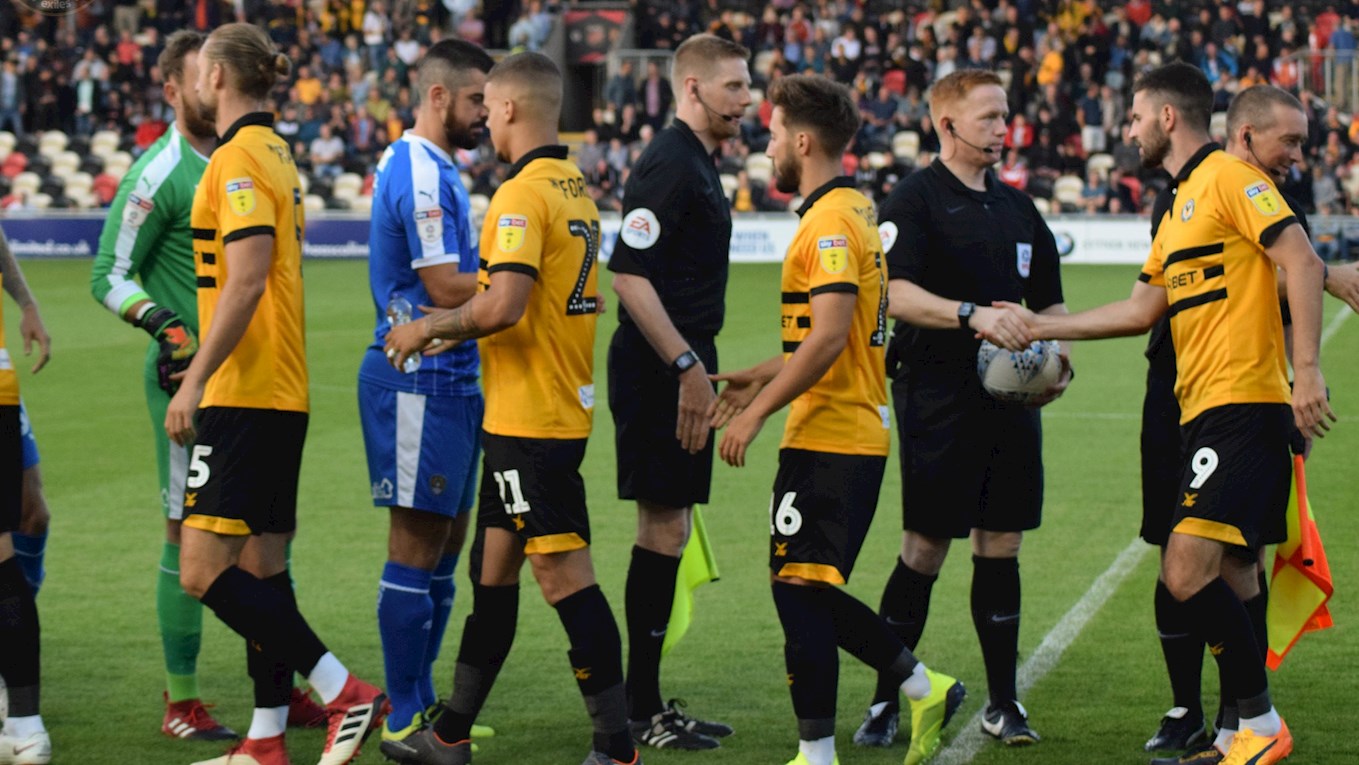 Alan Young has refereed a match involving Newport County AFC on three previous occasions in League Two. Something will have to give on Saturday as the Exiles have won one, drawn one and lost the other of the prior contests.

Next comes the 2-1 defeat at Cheltenham Town on November 24th, a result which gave Robins boss Michael Duff his first home league triumph. Only Fraser Franks was booked from a County perspective.