Newport County AFC start a run of three consecutive away games with a trip to Blundell Park to take on Grimsby Town on Tuesday.

Fresh off the back of another home win at Rodney Parade, County will be hoping to maintain their form that has seen them remain at the top of the Sky Bet League Two table.

Grimsby Town have struggled for form so far this season, sitting in 20th spot with 15 points from 14 matches. The Mariners have won four games, drawn three and lost on seven occasions.

Town look to prefer away days, with three of their four wins coming away from Blundell Park. Trips to Cheltenham Town, Leyton Orient and Crawley Town have seen Grimsby take all three points, with their only home win coming against Barrow.

Town are heading into Tuesday night's fixture off the back of two straight losses, and will be keen to rectify this when County arrive.

County were boosted on Saturday by the return and debut of long-term absentee David Longe-King, who will now bolster manager Michael Flynn’s options even further.

Grimsby have endured a difficult time with injuries and suffered several setbacks in recent weeks. Sean Scannell had to be substituted on Saturday, and striker James Hanson reaggravated an injury that kept him out of the squad.

They join Town’s injury list alongside James Tilley, Matt Green and Max Wright, which leaves the Mariners short in the attacking department.

One to watch – Owen Windsor

Young attacker Owen Windsor made a huge impression on the Grimsby faithful when he joined on loan from West Bromwich Albion.

The 19-year-old scored his first goal for the Mariners in his second league game, securing the win against Cheltenham. He also produced a man of the match performance in their win at Leyton Orient.

Windsor netted in their Emirates FA Cup tie against Dagenham & Redbridge and scored in the Papa John’s Trophy against Swindon Town whilst playing for West Brom. 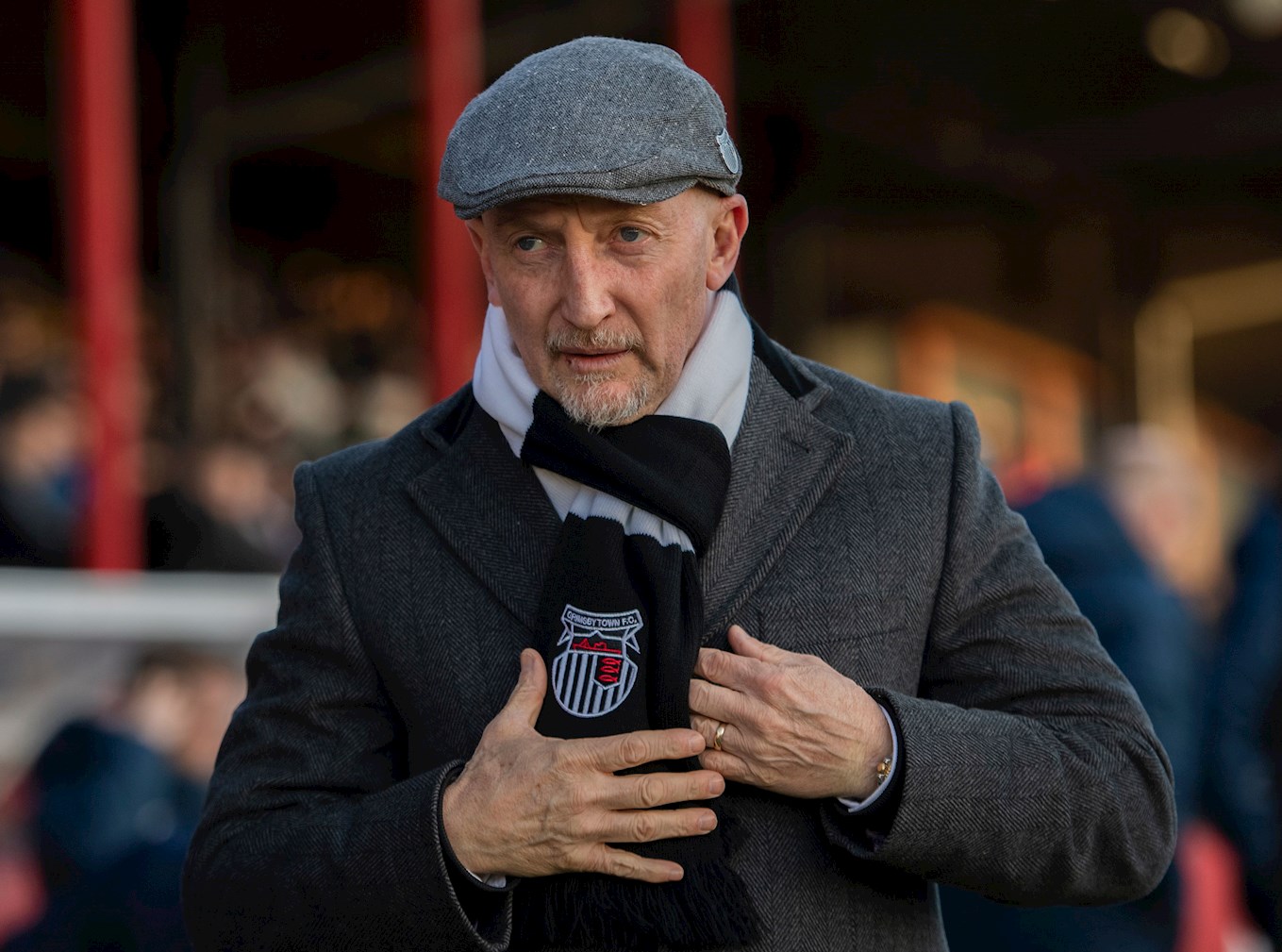 One of the most popular and charismatic managers in English football, Ian Holloway took over at Grimsby in December 2019 whilst also becoming a share-owner in the club.

Joining after his second spell in charge of QPR, Holloway guided the Mariners to 15th place, but his side have struggled for consistency so far this term.

As a manager, the 57-year-old has achieved promotion on three occasions, with his first coming in 2004 when he guided QPR from the second division. He also guided Blackpool and Crystal Palace to the Premier League in 2010 and 2013 respectively.

The last meeting between the sides saw the Exiles leave Blundell Park empty-handed after an entertaining encounter, which ended in a 4-2 win for the hosts.

Goals from Jordan Green and Padraig Amond were cancelled out by finishes from Brad Garmston, Josh Benson, James Hanson and Max Wright in Grimsby.

The two teams also met in the Emirates FA Cup first round last season, where County came out on top after a replay. A 1-1 draw at Blundell Park set up the replay at Rodney Parade, where the Exiles secured a 2-0 win.