Newport County AFC travel to the Breyer Group Stadium for the second time this season on Saturday as they take on Leyton Orient.

The match will be the second of three consecutive away trips for the Exiles after their victory at Grimsby Town in mid-week.

County still lead the way in the Sky Bet League Two table, and will be looking to chalk up their third successive victory this weekend.

Leyton Orient currently have 24 points from 16 games, putting them in ninth position in the SkyBet League Two table. The O’s have won seven of their games, drawn three and lost six times.

Orient started the season with just one win in their first six games, leaving them with just five points. However, three wins in their next four propelled them up the table.

Of late, Orient have rediscovered that form after again winning three of their last four fixtures. Harrogate, Bradford and Port Vale all brought three points before Scunthorpe ended their winning run.

For Newport County, captain Joss Labadie returned to the  after his suspension, bolstering an already strong midfield.

It has been a staple of manager Michael Flynn’s teams this season to keep the opposition guessing. Personnel can change but also the formation, with County looking equally as strong with a back three or flat four.

Leyton Orient welcomed back Craig Clay on Tuesday after his four week spell on the sidelines. The midfielder played 90 minutes against Bristol Rovers in the Papa John’s Trophy, and is in contention for the weekend.

Ex-County defender Jamie Turley was sent off in the same match, ensuring he will miss Saturday’s game.

One to watch – Danny Johnson

Danny Johnson has been Orient’s shining light this season, pitching in with 13 goals in all competitions so far. Johnson has netted on 10 occasions in the league so far this season, while he was also on the scoresheet in the Carabao Cup and the Papa John’s Trophy.

The 27-year-old started the season in unbelievable form, scoring in each of Orient’s first five matches of the season. Johnson also has a hat-trick to his name this season, with three goals coming at the end of November against Harrogate Town.

The Englishman signed for Orient in January from Scottish side Dundee, while he also represented Motherwell during his two year-spell in Scotland.

Ross Embleton has been in charge at the Breyer Group Stadium since January after he was appointed on a 12-month rolling contract.

The 38-year-old has guided the club to ninth place in Sky Bet League Two this season as the O’s go in the hunt for a promotion place.

The Englishman had previously been interim head coach at Leyton Orient on three separate occasions before being given the job on a full-time basis. Embleton now works alongside O's skiper Jobi McAnuff, who works in a player/coach role at the club.

The last meeting between the sides came just a month ago in the second round of the Emirates FA Cup as County progressed to the third round with a 2-1 win.

A first senior goal for defender Ashley Baker opened the scoring, before Orient levelled through Hector Kyprianou just before half-time.

Newport’s winner came courtesy of a stunner from Jamie Devitt, who grabbed his first for the club after joining on loan from Blackpool in the summer. 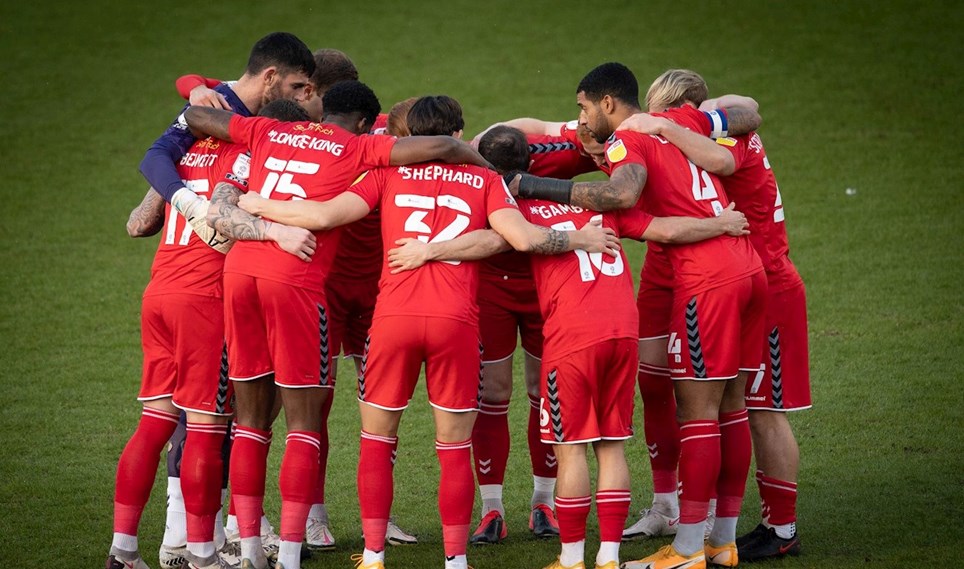 
Newport County AFC will be looking to kickstart their 2021 with the visit of Carlisle United to Rodney Parade on Tuesday evening. 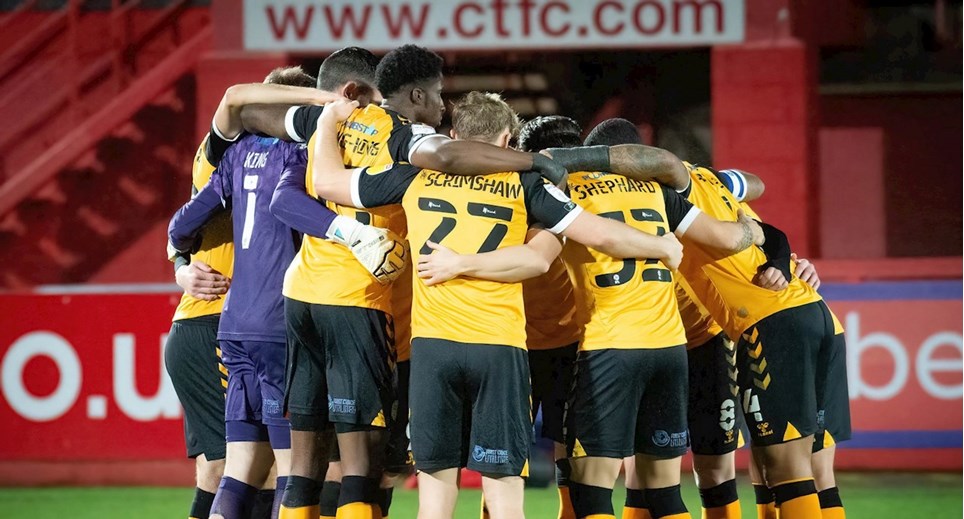 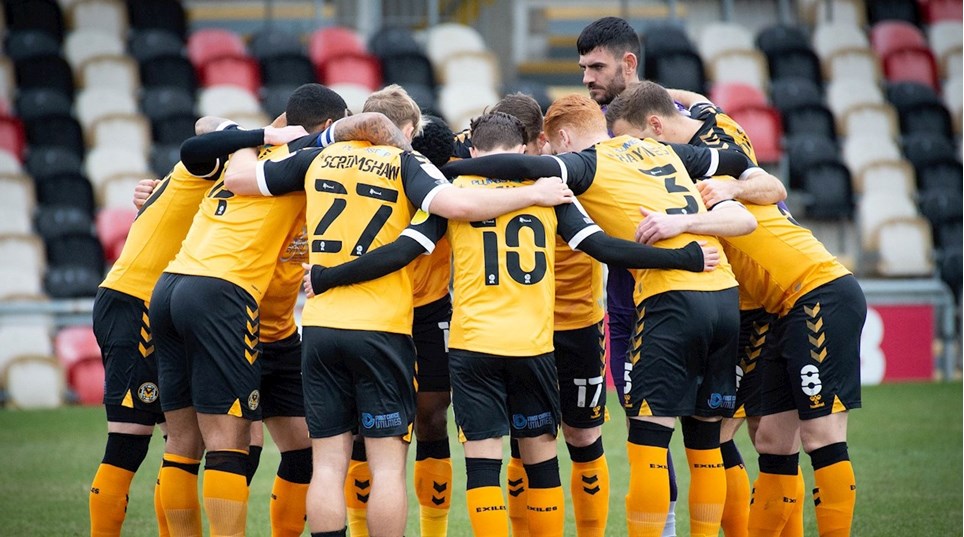 
Newport County AFC’s first away trip of 2021 sees them travel to the Johnny-Rocks Stadium to take on Cheltenham Town on Tuesday evening. 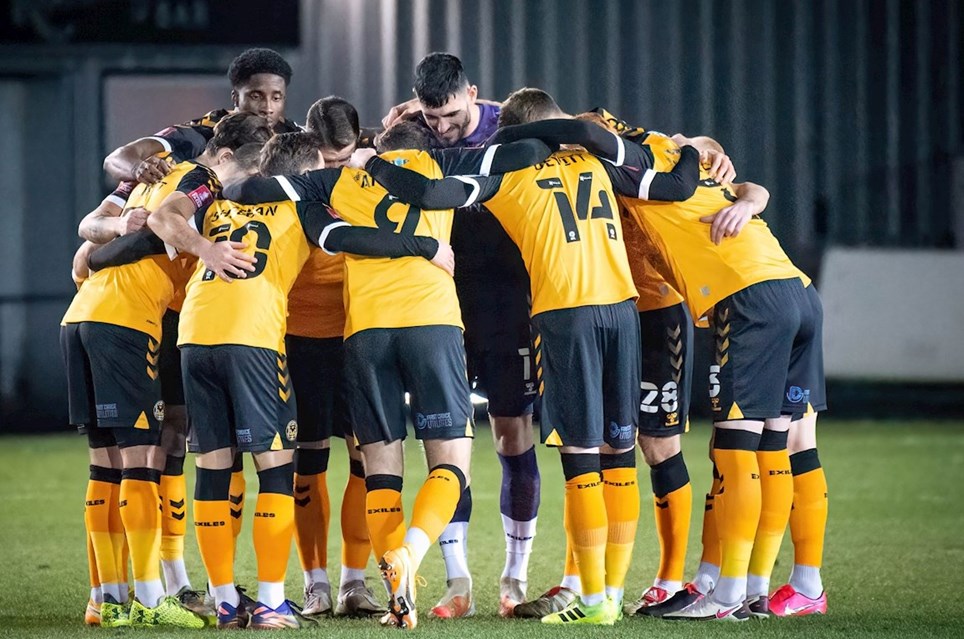 
Newport County AFC kick off their 2021 league fixtures with the visit of Salford City to Rodney Parade on Saturday afternoon.