Newport County AFC fell to a disappointing defeat to Cambridge United at Rodney Parade, despite creating a host of chances.

It was a familiar theme for the Exiles as their profligacy once again cost them with Liam O’Neil’s strike against the run of play proving decisive.

The visiting U’s opted for just the one change, bringing in Harvey Knibbs for Tunisia international Idris El Mizouni.

As they did in midweek, Mickey Demetriou’s long throw-ins were causing plenty of problems for the Cambridge defence but the ball didn’t fall right for Robbie Willmott or Kyle Howkins in the box.

County were getting plenty of joy on the wings, as they have in recent weeks, this time Ryan Inniss heading wide from a Willmott delivery

Manager Michael Flynn had to shuffle things around midway through the first half with Padraig Amond replacing Josh Sheehan after the midfielder picked up a knock and couldn’t continue.

The battle in midfield was proving key with neither side able to gain control, which meant chances were few and far between but Jamille Matt brought a good reaction save from Callum Burton after Daniel Leadbitter’s through ball put him through on goal.

On the rare occasion that County were asked to defend, they managed to clear the danger, although, Victor Adeboyejo was only inches away from a George Maris pass in the box.

The match needed a moment of magic to spark it to life and skipper Labadie almost provided it, however, he couldn’t keep his shot down following a mini game of head tennis.

Chances continued to fall the hosts’ way but converting them was still proving to be a problem. Mickey Demetriou, who was filling it at left back, nodded wide while Inniss saw a header blocked.

The home crowd got their first glimpse of January arrival Khan shortly after the hour mark as he replaced full-back Daniel Leadbitter.

The game became more stretched as County piled forward and they were caught on the counter. King could only parry Paul Mullins’ effort back into the box. Leon Davies’ initial touch looked too heavy but he managed to work it to Liam O’Neil, who confidently slotted the ball in.

Flynn responded by introducing striker Abrahams for centre-back Howkins and the attacker went close to repaying the faith, stabbing agonisingly wide from a corner.

The ball spent the remaining quarter of an hour in the Cambridge third of the field but there was no way past a stubborn defence.

Next up for County: Walsall, February 11 (HOME) 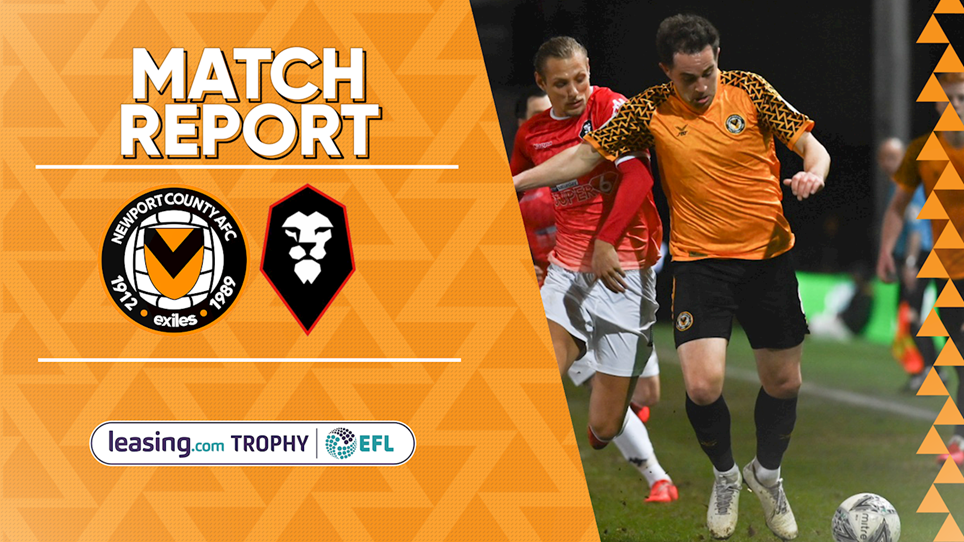 
It was heartbreak for Newport County as they narrowly missed out on a place in the Leasing.Com Trophy. 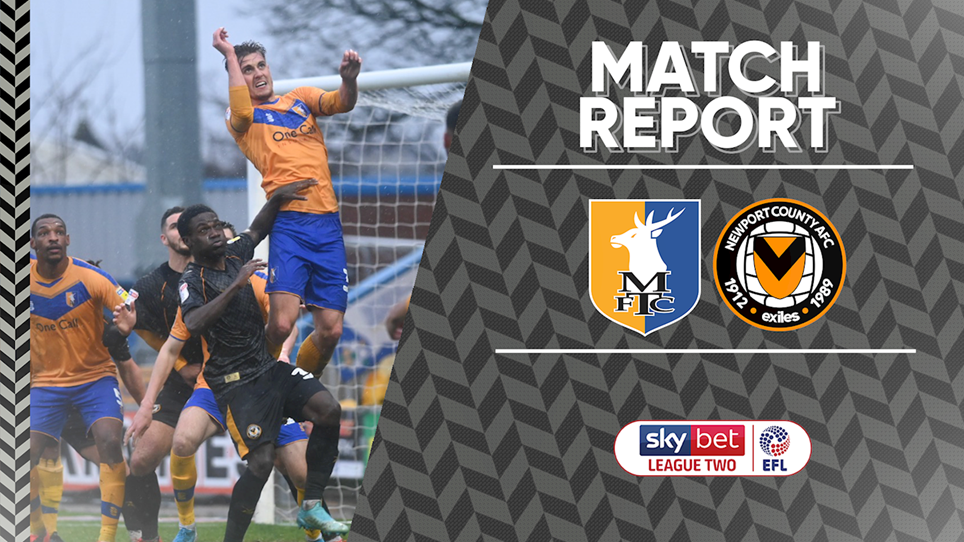 REPORT | County suffer narrow loss on the road at Mansfield


Newport County AFC put in a battling display but fell to a narrow defeat to Mansfield Town at a wet and windy One Call Stadium. 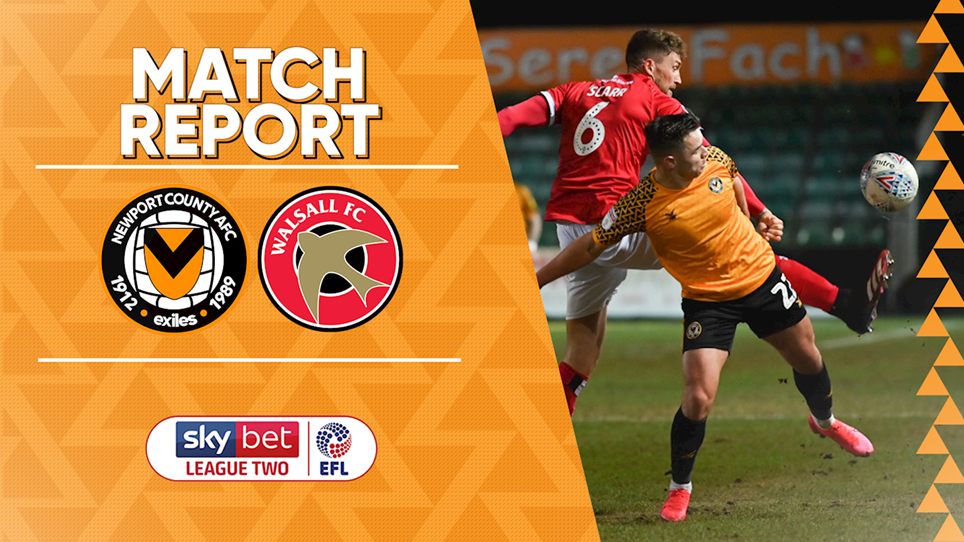 
NEWPORT County AFC were held to a goalless draw by Walsall under the lights at Rodney Parade. 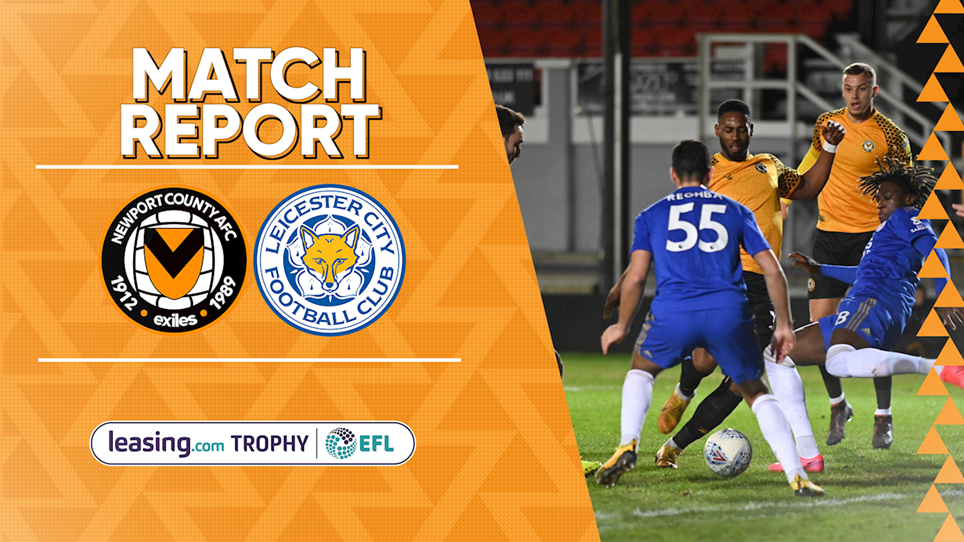 
Newport County AFC are just 90 minutes away from another trip to Wembley after booking their place in the semi-finals of the Leasing.Com Trophy with victory over Leicester City U21s.