The cup fixture brings a break in League action for County, and Flynn sees the semi-final as a way to put things right, ”A couple of losses in the league and you want to get back to winning ways. There’s no better way to do it than Wednesday and it’s going to be tough.

“They’re trying, you look at the Walsall game where we should have scored a few. I think it’s only Saturday where we didn’t hit the target but we got into some good positions in the first half, it just wasn’t meant to be. We’ll look to improve on that.

“It’s special, no matter what club you’re at. If you’re leading out your home-town club as a manager at Wembley then there’s obviously a huge amount of pride and excitement. Last time it was a special occasion, hopefully we can get another one.”

The manager is no doubt excited at the prospect of a return to Wembley, but isn’t getting carried away, “It is another chance to have a special day out, and it’s a chance of winning a trophy as well. Before that, we’ve got a very tough game against Salford, so I’m trying not to think about Wembley.

“You have got to cherish those moments, whether they’re successful or not. It’s a huge achievement for a club like Newport County AFC to go and play at Wembley, and I want to make sure we do it again.”

Standing in the way is Salford City, who themselves played at Wembley last season in the National League Play-Off final. Flynn has been impressed with City throughout this season and last season, despite their well-documented financial situation.

“They’ve obviously taken the competition seriously, that’s why they are where they are. It’s going to be tough.

“We’re playing against a team in our league on Wednesday night and it’s a chance of getting into a final, we’re going to give it our best shot. We’ve got to be at our best and we’ve got to put the ball in the back of the net.” 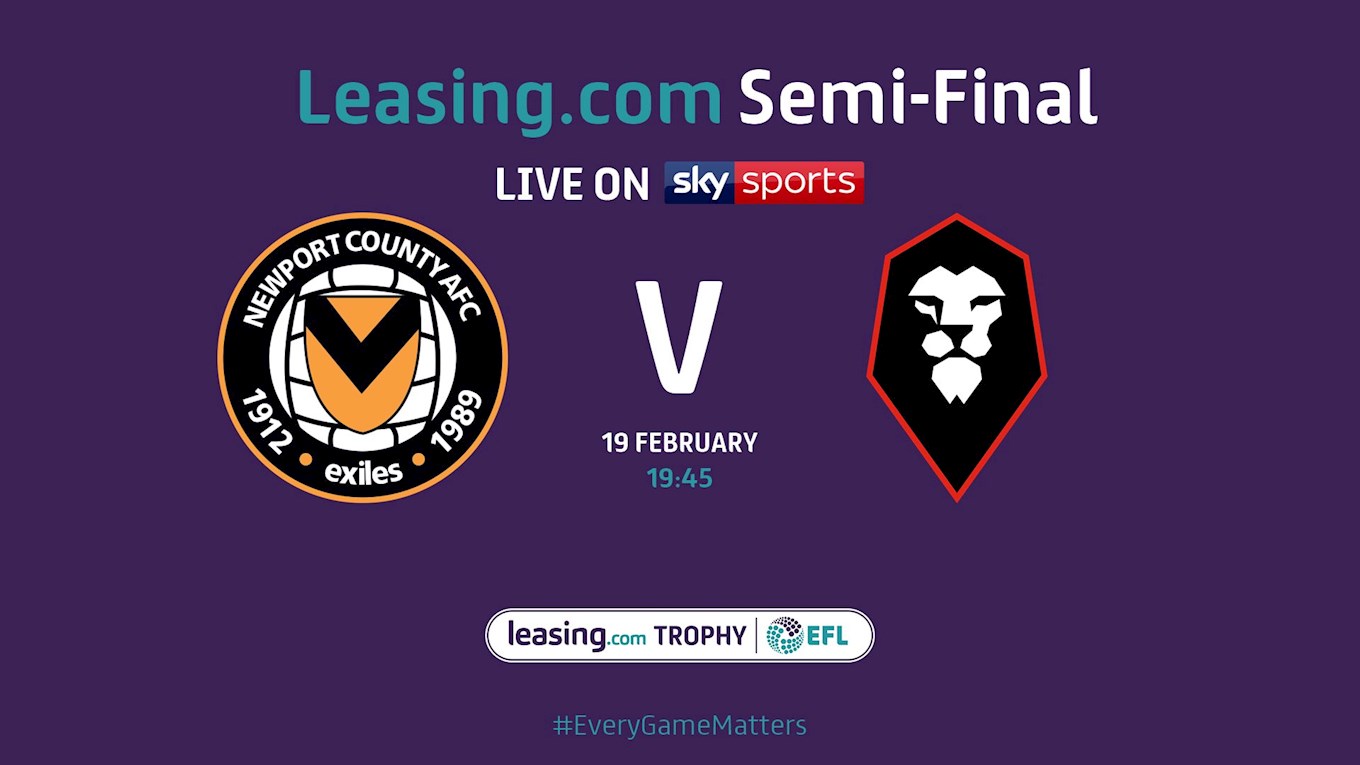 ONE game from a Wembley Cup Final.