Newport County AFC and Rodney Parade Stadium have issued the following statement regarding a 40-year-old who was found guilty of chanting racist abuse at Rodney Parade earlier this season.

The statement reads: "Newport County AFC welcomes the court’s decision to impose a four-year football banning order on a person present in the home section, following an incident at our fixture at Rodney Parade earlier this season.

"In addition to the court-imposed football banning order, this person will also receive a lifetime ban from Newport County AFC and Rodney Parade Stadium.

"Discrimination has no place in any area of society and these actions have absolutely no place at our football club or among our fan base, either. Anyone who behaves in this manner, whether it be at the stadium, or online will receive a similar consequence.

"NCAFC work tirelessly to create an inclusive, welcoming environment for all and we would like to remind all supporters of our current policies and advise everyone to always behave in a respectable manner."


What cardiac risks are faced by professional footballers and how are they addressed?


Find out everything that is going on this Wednesday at Rodney Parade as we take on Sky Bet League Two Salford City in the Semi-Final of the Leasing.Com Trophy. 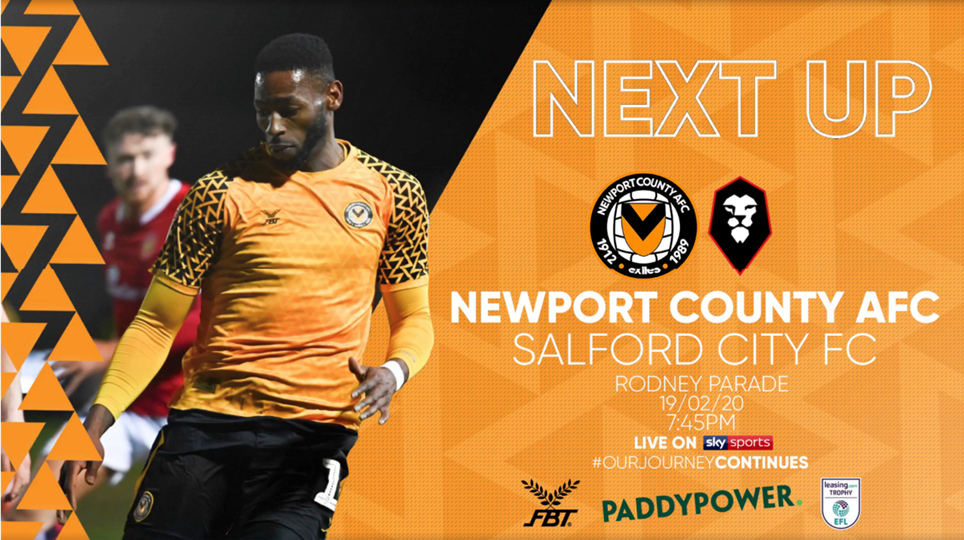 🎥 | #PackParade this Wednesday as we aim to get to the Leasing.Com Final at Wembley, Exiles!

LOAN WATCH | Check up on how NCAFC's Loanees Performed this Weekend


Storm Dennis ensured plenty of footballers had the weekend off as heavy rain and high winds forced the postponements of fixtures throughout the football calendar.