Newport County AFC are delighted to announce the signing of full-back Ashley Baker from EFL Championship club Sheffield Wednesday on a permanent transfer until the end of the 2020/21 season for an undisclosed fee.

The 23-year-old defender, born in Bridgend, joined Sheffield Wednesday in January 2017 after initially beginning his career at Cardiff City.

An international at youth level with Wales, Baker first joined the Bluebirds in the Under-14 age group.

The full back became a key player for the Cardiff Under-18s and Development Squad during his time in the Welsh capital.

The Welshman completed his scholarship with Cardiff and was offered professional terms following the conclusion of the 2014/15 campaign.

Following his permanent transfer to Sheffield Wednesday, Baker made his full debut in the Owls' 5-1 win over Norwich on the final day of the 2017/18 campaign.

After making a strong start to the 2018/19 season, Baker earned his first call-up to the Wales Under-21 set-up featuring in a 2-1 win over Lichenstein. Ashley went on to make a further two appearances for the Under-21s age group.

An experienced player, Baker made 12 appearances in all competitions, 11 in the EFL Championship, for the Owls the last season.

The defender will wear number 12 whilst at Rodney Parade. 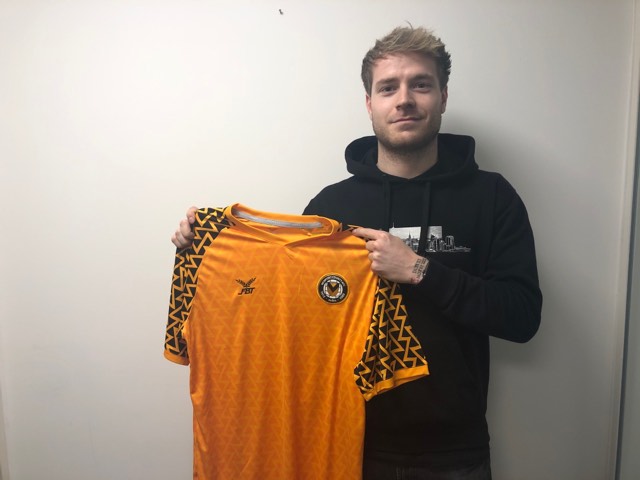 After he put pen to paper, Ashley said: "As soon as I found out there was interest, it was a no brainer for me to come back home to Wales and accept this great opportunity.

"I enjoyed my time at Sheffield Wenesday, but it was time for me to move on and as soon as I heard the interest from the Gaffer I was straight on to my agent trying to get the deal sorted straight away.

I'd like to say I am hard-working and love to get up and down the pitch. I can't wait to get going."

After the signing was completed, Manager Michael Flynn said: "Ash is a very important signing for us. With us losing Danny McNamara back to Millwall and Dan Leadbitter not quite back from injury, as soon as we had the chance of getting Ash in we jumped at it.

"Ash has played 12 games for Sheffield Wednesday in the Championship last season, he's a good age and he is local to the area which ticks a lot of boxes.

He is somebody who will not only strengthen us, but he looked comfortable playing in the Championship last season so this is a very important signing. I'd like to thank Garry Monk and the Sheffield Wednesday Chairman Dejphon Chansiri for getting this one over the line."

Have you purchased tickets for NCAFC's next match of the season at home to Swindon this weekend? Click here to buy online now.