Newport County AFC are delighted to announce the signing of winger Jordan Green from EFL Championship club Barnsley on loan until the end of the season, subject to international clearance.

The 24-year-old winger joined Barnsley in the January transfer window of 2019, signing a two-and-a-half-year deal at Oakwell after moving for an undisclosed fee from Yeovil Town.

Green started out at Fulham but was released at 16-year-old, before a successful trial at Premier League Club Bournemouth meant he signed a one-year-deal at the Cherries.

The winger enjoyed a loan spell at NCAFC whilst at Bournemouth, notably making 16 appearances and scoring twice for the Exiles, before signing permanently for Yeovil Town in August of 2017.

After plenty of impressive performances with the Somerset outfit in League Two, Green was snapped up by Barnsley FC halfway through the 2018/19 season.

Following his move to Oakwell, Jordan made 12 appearances helping the Tykes get promoted to the Championship, most notably scoring in a 3-0 victory at Southend.

The forward will wear number 33 whilst at Rodney Parade. 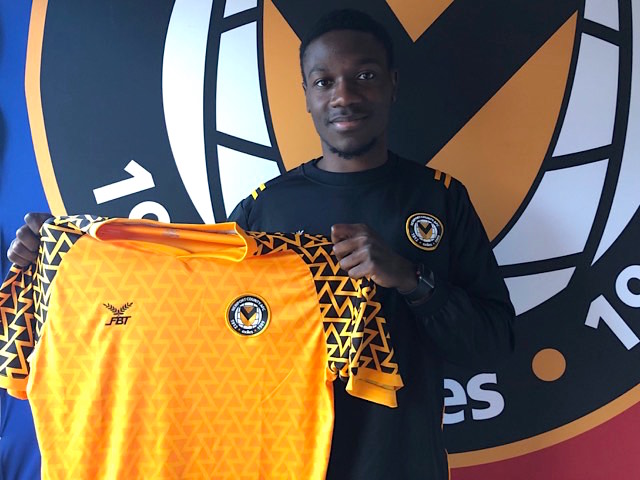 After he put pen to paper, Jordan said: "I am delighted to sign. This opportunity will give me a great chance for regular football and hopefully help push the Club up the table.

I'd describe myself as a tricky winger, I like to use my speed and control to beat players and get the ball forwards. I can't wait to get going."

After the signing was completed, Manager Michael Flynn said: "I've said that I want to bring more creativity and pace in and Jordan has got that in abundance. He had a very good spell at Yeovil before he got his move to Barnsley."

He got his move to Barnsley and League One and was in the squad that got promoted to the Championship, playing a dozen games, training and playing with quality players only improving on his quality.

I am delighted to bring Jordan in, we know what we're getting with his proven pace and ability to create and score goals."

Have you purchased tickets for NCAFC's next match of the season at home to Swindon this weekend? Click here to buy online now.