This Sunday 8th March 2020 is International Women’s Day: a day when the world celebrates the social, economic, cultural and political achievement of women throughout history.

At Newport County AFC, we’re marking the day by celebrating the amazing women who help keep the Football Club running day in day out, whether it be as a volunteer, supporter, member of staff, or part of the County in the Community Team.

Meet just some of the Women involved at NCAFC: 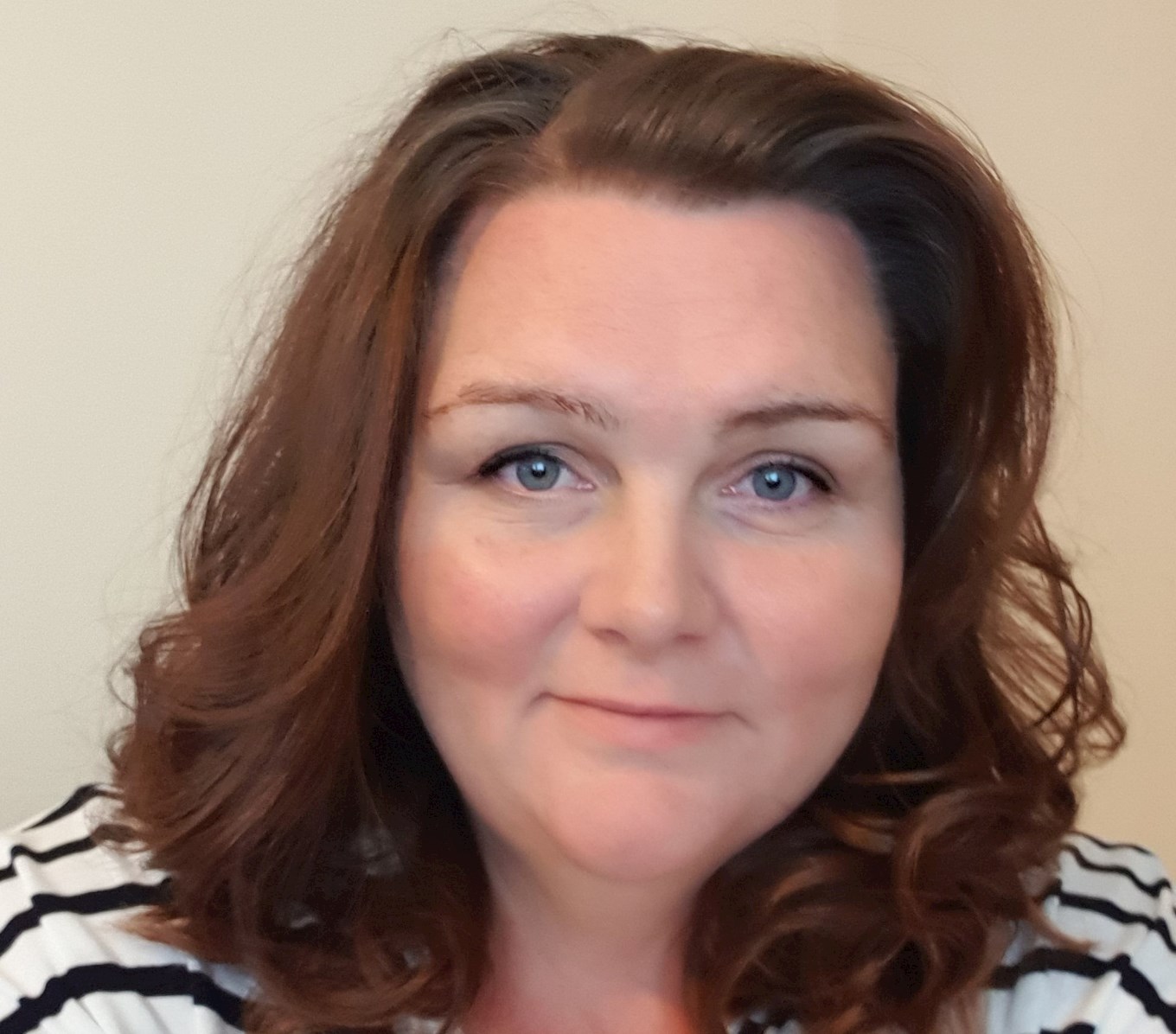 "I became involved with Newport County AFC following parent/child participation sessions with County in the Community at my childrens' primary school. They inspired me to want to become more involved with the club that as a family we had been following for some time, and when the elections opened for candidates in the most recent elections, I applied and was delighted to be appointed to the board in July 2019.
As a Director, I primarily oversee Clwb Spytty and Family Engagement. I love what I do. I enjoy seeing the community coming together at every game and more and more families coming in, building that next generation of support for our club.
International Womens Day is about celebrating women all over the world and the amazing things that they do. This football club is lucky to have incredible women who work here often voluntarily, and of course our fantastic supporters too. I am so proud of being part of the team at such an ambitious, all inclusive community club, and hopefully we can demonstrate that there are lots of opportunities for females in football, nothing should hold you back - just go for it." 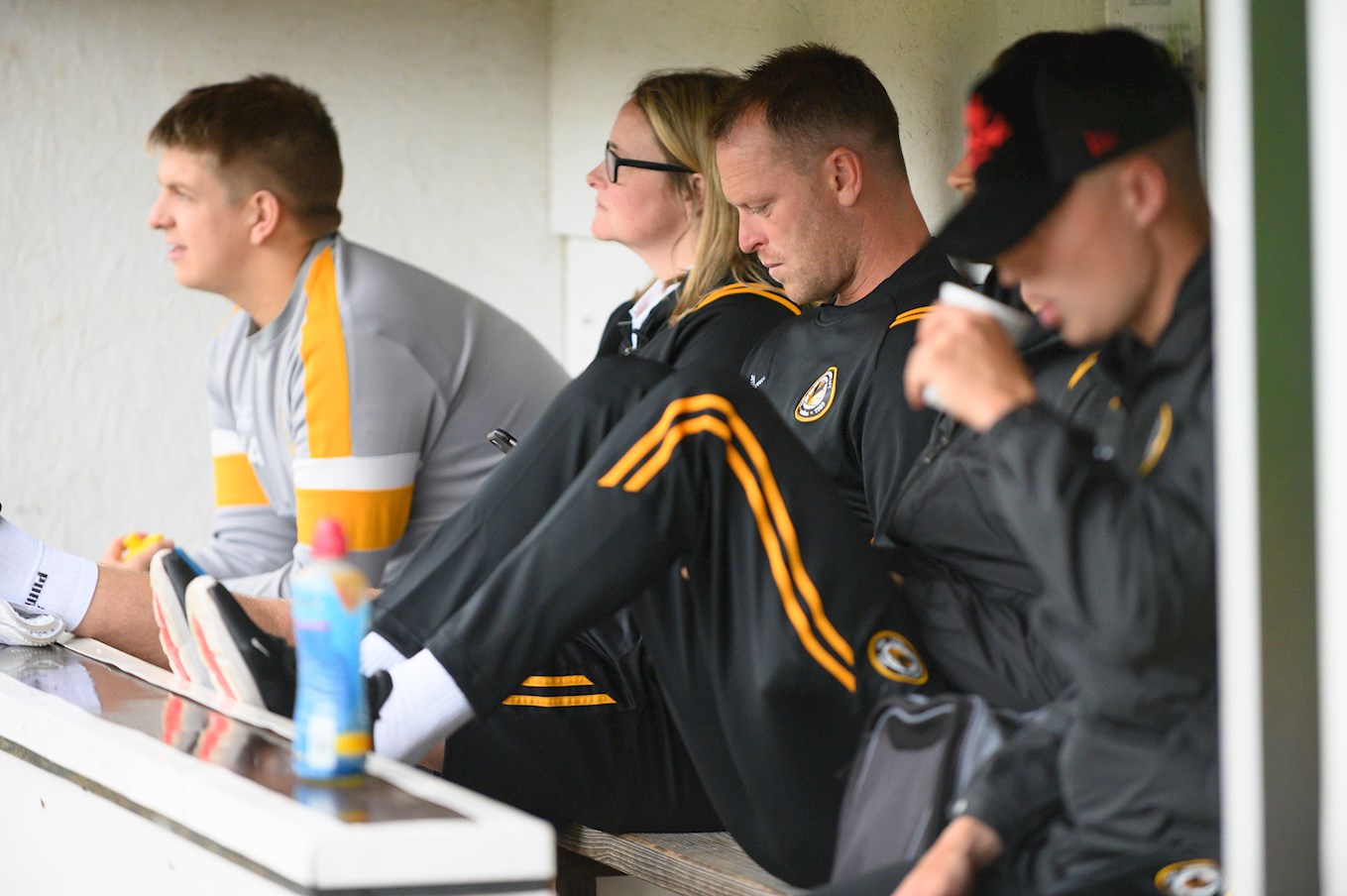 "I’ve worked for Newport County for just under a year as their Head of Operations.

I work very closely with the first team players and staff and am responsible for all the logistics around the first team. I assist with all home match day operations and get the pleasure of travelling to all away games with the team.

In the short time I have been here I have already had a trip to Wembley. Seeing behind the scenes of a play-off final is definitely a career high." 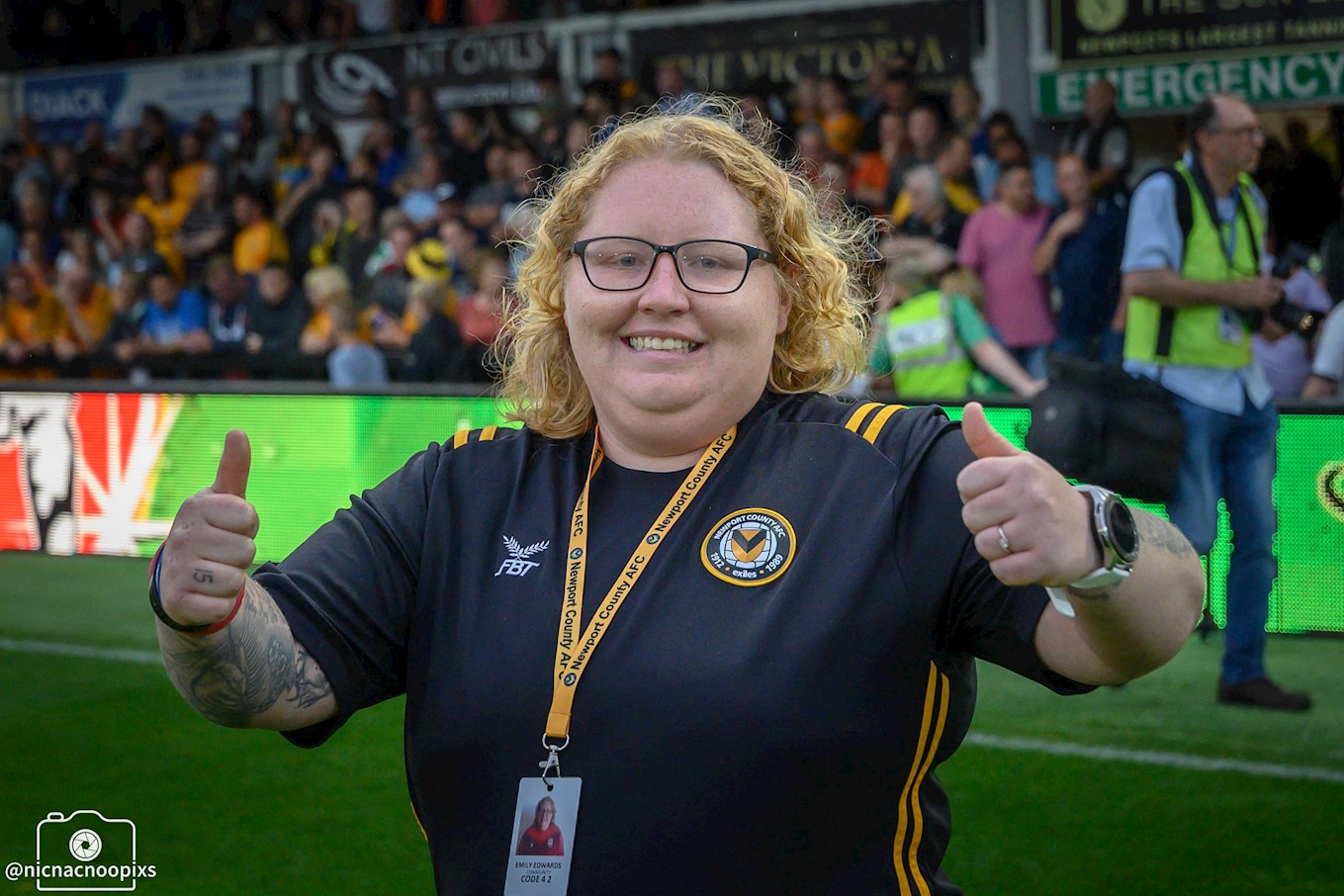 "I’m in-charge of the guard of honour on match days. I look after the kids, make sure they’re where they are meant to be, put them in their lines and get all the flags out.

At half time, we take the kids behind the goals and play a quick five-a-side game.  I got involved in County in the Community through Norman Parselle after I joined the We Wear the Same Shirt side which is a mental health team.

I’m now a paid employee as a footballl coach with CITC, I’ve been working with Norm and the team for around 11 months now and loving every minute." 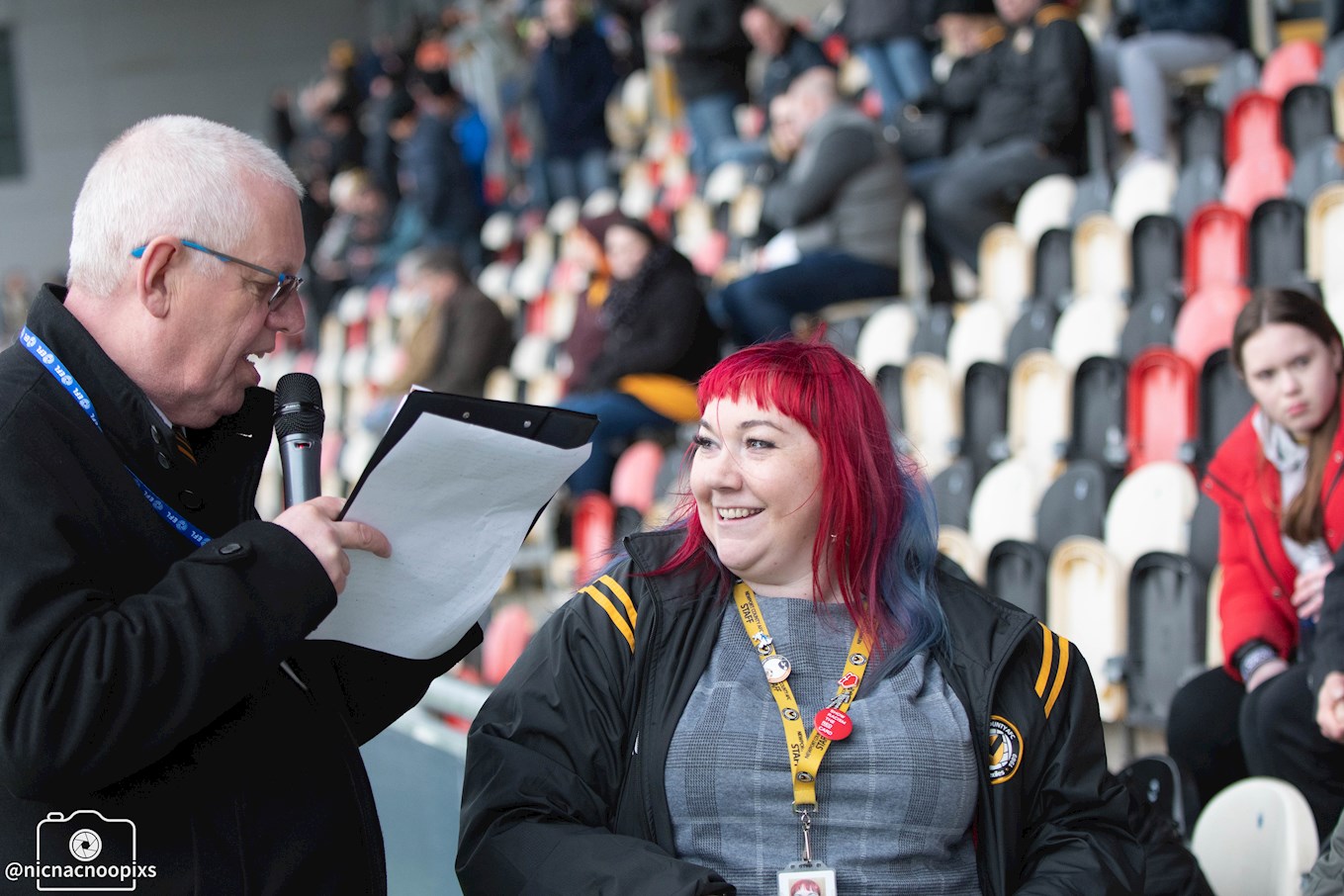 “I’ve been a fan since my dad took me to games when I was 3, once the club reformed my friend’s grandad took me over in 1997 or 1998. Although through 20 years being a volunteer, I’ve worked anywhere that the club have needed help even dressing up as Spytty the Dog!

I love the Club, and my role at the moment is arranging the Mascots and Match day visits. I’m usually found in the Marquee where I adore seeing the young children visit and how they get excited to meet their favourite players in the marquee and after the game.

It's something I wish was available when I supported the Club as a kid so I try to make sure the children have a fab day."

“There are lots of women of all ages who play an important role at Newport County AFC. It is undoubtedly a family club. Many give up their time to volunteer to ensure fans have the best experience on match days.

Others like Emily (Edwards) are part of County in the Community who do excellent work with young people across Newport and the rest of Gwent. As a County fan I am proud of their commitment; they are a vital and valued part of our Club.” 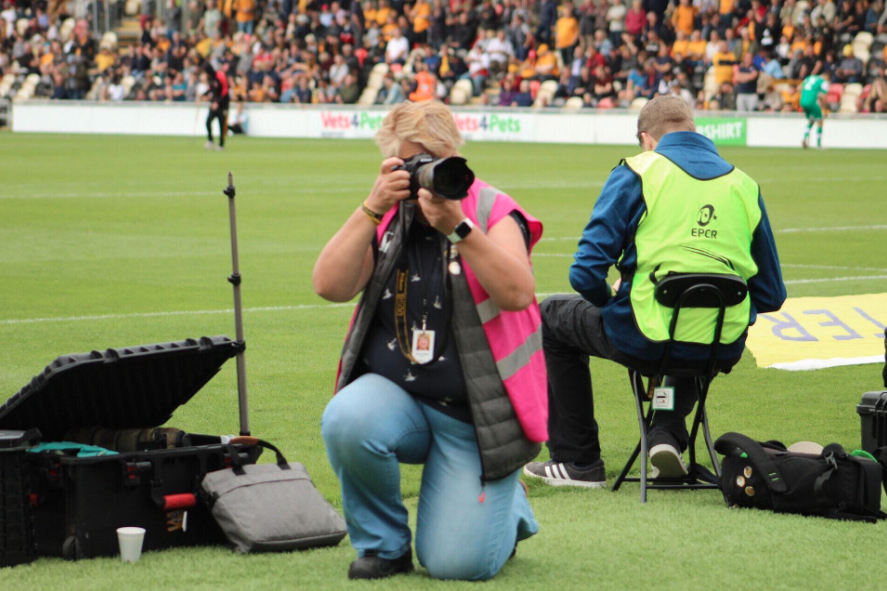 “I’ve been a County fan for many, many years since my son was involved at U17 level.  I started volunteering with the scouting side of the Newport County AFC and happened to see the advert come out about volunteer photographers. Because I was an avid football photographer at the time anyway I thought ‘Well, I’ll send in a portfolio of photos and see what happens’ and it went from there. 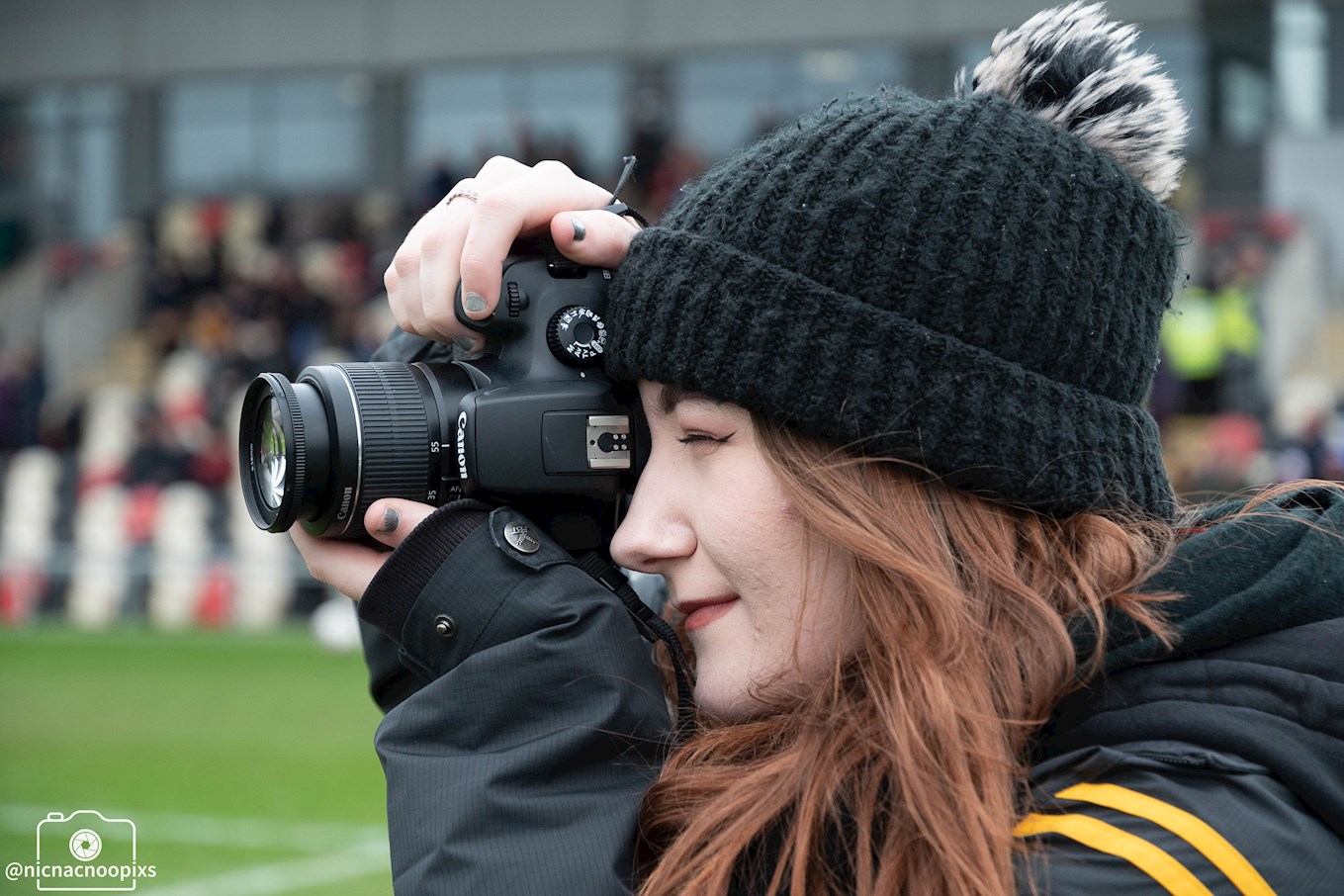 "I started supporting Newport County during the 2016/2017 season. In 2017 I got involved with the club helping to make the series' "Crazy Car Challenge" and "Quickfire Questions". Through that, I have worked alongside County In the Community and various charities for the weeks of action campaign each season.
I am currently working on creating content for the club's Instagram and helping to create the “RP360” and ”County on the Road” series. I enjoy working alongside Newport County as I have met and work with so many amazing people. I mostly enjoy the adventure of visiting different grounds and meeting other photographers and videographers around the country!"
Jess Walkley - Newport County AFC Academy Coach 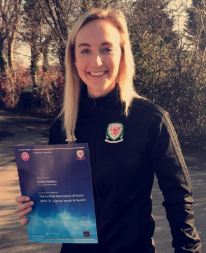 "I joined NCAFC as Assistant Coach for the 2016/17 session; it was a rare opportunity as a female coach in Wales to work in Boys football and one that I could not pass up.
Training and nurturing an amazing team of talented young players aged between 8 and 12 has been hard work, great fun and a real privilege. NCAFC are such a progressive club, they not only recognised my potential as a female coach but continue to support me to develop and that’s something I really value.
I’m proud to say that I am part of the team at NCAFC and hopefully I prove to be a good example to girls and women that want to pursue the same dream!"
Helen Larcombe, Susan Herrin, Lorraine Cording - Newport County AFC Club Shop Team

Helen - I started with NCAFC in November 2019 I was taken on as a retail manager to help bring on the store within the Kingsway Centre. During my 4 months with the Club, I have learned so much about the world of football as prior to my employment I had no idea about it. My family are County Supporters and my son Mathew is a volunteer in the ground on match days nd has been for over 7 years.
My role at the shop isn’t just all about sales, It’s about interacting with volunteers and fans who on occasions just want to chat have a cuppa and someone to listen to them even though most of the time it’s all about football.
I love my role with the Club and wish to continue for many years to come.
Lorraine - My family have always been involved with Newport County. My Grandmother actually helped with the setting up of the original Supporters Club, my first volunteer role was hiring out cushions for people to sit on in the Grandstand at Somerton Park when I was 9 years old.
I love working in the shop, every day is different, we have a great team in there and honestly who wouldn't enjoy being involved with the club!
Susan - I have volunteered for the club for over 8 years in various roles. I work in the shop and also sell tickets to the away fans on match days. I have followed the County for a long time and am also involved with the Supporters Club, acting as their treasurer.
I love volunteering and being part of the County family. I work with a great bunch of people and the shop is a bit of a social hub for the footballing community in Newport.