There is a strong discourse about mental health in sport and particularly in professional football at this time of national crisis but for it to truly be discussed openly it needs to start at the top of each football club.

If chairs and directors are not creating a safe, confident environment to allow conversation on the topic, how can we expect our employees, staff and supporters to start opening up?

At a recent media event three Premier League players were asked this question: “How often is mental health discussed at … [your football club]?” The answer from all three was hardly ever, if at all.

Ask the same question at Newport County AFC and the answer would be every week via a variety of official club channels. I have conversations nearly every day with people linked to the club on the subject and in relation to their own wellbeing.

It is for these reasons that I have decided to record some thoughts on the topic via four daily blogs, including why it is an important subject to me, my own experience and some coping mechanisms I have used.

We are all different and so anything I say might not be the case for you, however I hope by opening up it will give others the courage to start talking themselves.

I am not going to reveal my original trigger as I don’t believe it will benefit anyone reading this; it could possibly have the opposite affect – suffice to say I understand where all this comes from. 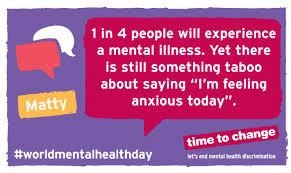 Opening day of the 2017/18 season is away at Stevenage, part of the attraction of football is away days with your mates.

The journey together with constant laughter at each other’s expense (in good nature) and the travelling into rival territories to support your club while outnumbered by home support so everything you do is with 50% more effort to make up the noise etc to combat that of the opponents.

The train is a great journey with mates so you can have a drink, not be concerned with where you are going and therefore, in my eyes, adds a bit more to the game.

This one was with three friends, one of whom knew my situation and was (and continues to be) a great support; someone who would listen and not respond in a negative way, I reciprocated that approach.

Although it was going to be a long day and journey which concerned me with my state of mind, I was not going to let my issues stop me from going, to stay home may have been worse.

The train journey was good, but not as good as it would have been 4 months early – everyone else appeared to be the same, taking the mick out of each other, people sat around us on the train who responded in like and I seem to remember a ridiculous magic trick throughout the day that made everyone laugh each time.

We arrived at Stevenage station without incident and one of the group even decided to have a picture with Graham Westley (photo on the station wall) – as things turned out, he’s never been allowed to forget it!  It was only lunchtime and so we headed to a pub for some food and drinks. 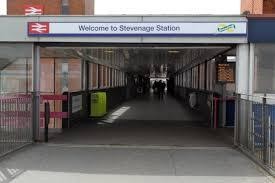 I remember the conversation turning to a certain US President who was relatively new in office and some of his decisions and views on the world; I’m not going to lie, his arrogance, megalomaniacal behaviour and apparently being hell-bent on war frightens me.

This topic triggered my first anxiety attack of the day and I had to get out of the pub so I went around the shops nearby looking for a pack of playing cards for us to see some more magic tricks (of sort) that would distract the others from the current topic of discussion.

Thankfully, it took a while to find any so I had a period of time to utilise my breathing control exercises and regain my composure, but I couldn’t shake the irrational thoughts I was having, and the alcohol wasn’t helping.

Eventually I needed to leave that pub and convinced one of the others to walk to the ground rather than take the 5-minute taxi journey, that helped as it was around a 30-minute walk but meant we arrived at the ground earlier than I would like to normally.

I remember sitting in a seat and in a world of my own hardly speaking to anyone but can’t really recall anything else until the teams were about to come out onto the pitch.

The noise went up, the flags waving and the announcer comes into his own. But my thoughts were: this will be happening 100 years from now and I’ll be missing out on it all.

Even though that was a logical thought it had a massive impact on me there and then, I left my seat and went to buy a bottle of water.

I was told a cold drink of water (or splashing on the face) helps during a panic attack as the “dive reflex” naturally lowers your heart rate.

Eleven minutes into the game a different issue arrived as we went behind, that refocused me a little and although I struggled through the rest of the half I was slowly getting better.

Cut to the 94th minute and Shaun McCoulsky equalises and euphoria hits as we save a point from a two-goal deficit; in that moment I had forgotten all about my anxiety.

After the game we returned to the pub we went to prior to the game and this time it felt very different, even though it was only one point it felt like a good one and meant the return journey would be good one and that was actually the end of my anxiety for that day.

This was easily the worst day I had travelling to watch County as it was not only the peak of my anxiety but at the start of my counselling.

Over the next few weeks, I remember another couple of games where I had episodes but not two in a day and not to the same extremity.

This was probably linked to the fact we had a few away games before the pitch was suitable to host a league game and therefore a good few miles were accumulated away from home.

Leeds was the following Tuesday and there were no real incidents of note, although one of the lads I travelled with was talking about being tired and turned to me and said “I can sleep when I am dead can’t I Col?”. That took me a few minutes to process and compartmentalise. 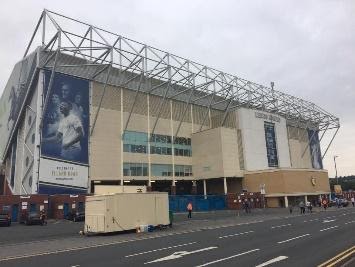 I would say at this point that no blame should be attributed to people mentioned for their innocuous comments and if they read this it will be the first they know of it.

There are times in life when we cannot avoid situations and often with mental health you can be in a situation that only you have an issue with and you need to physically remove yourself from it in the name of self-preservation.

The second league fixture away from home was at Coventry City’s Ricoh Arena. I travelled with a different person for this game as I was supposed to be going to a gig with him after the game,

I decided on the way up that for me to extend the day at this point would not be a good idea, so I organised to get home with someone else.

This turned out to be a good decision as when we got to our seats there was a massive flag of Jimmy Hill at the far end of the stadium that was not in use. Hill had died 2 years previous and was (still is) an icon at Coventry, so this was a fitting tribute to him. 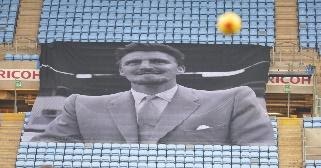 However, for me it was just another reminder of my own mortality that would be directly opposite me for the next 90 minutes.

I don’t remember dealing with it too badly as I already had my water at the ready and Reece Cole’s second half goal would have helped as we came away with all 3 points; something that made the walk to the car park a bit more edgy – maybe that helped.

Although these incidents were nearly 3 years ago, they are incidents that I will keep with me, using those experiences to help improve my mental wellbeing.

They are all recorded on the form I had previously mentioned and provide a helpful tool for reference if I do get to a place where I am struggling.

I don’t really recall any other memorable issues at games with regards to my anxiety; not linked to my triggers anyway – there’s been plenty of other on-field events that have caused them!

The key for me is that only I can deal with the situation at hand because it’s my issue and not anyone else; I cannot expect the whole world to change for just me.

I would urge anyone who is aware of their issues to ensure they have some kind of coping mechanism, whether that’s a bottle of water, moving from your current location or anything else that would reduce the symptoms at hand.

The last thing you would want is to give up the thing you love because your own irrational thoughts tell you to; there is support and, certainly at Newport County, if you ask for some we will try our best to provide it or signpost you to someone who can.

It’s time to boot the taboo out of football!

Written by Colin Faulkner, Director at Newport County AFC – views are my own