Michael Flynn has been named as the Sky Bet League Two Manager of the Month for October.

The Exiles came from behind to seal a hard-fought 2-1 win over Mansfield on the opening weekend of the month courtesy of Scott Twine's strike and a late penalty from Matty Dolan. 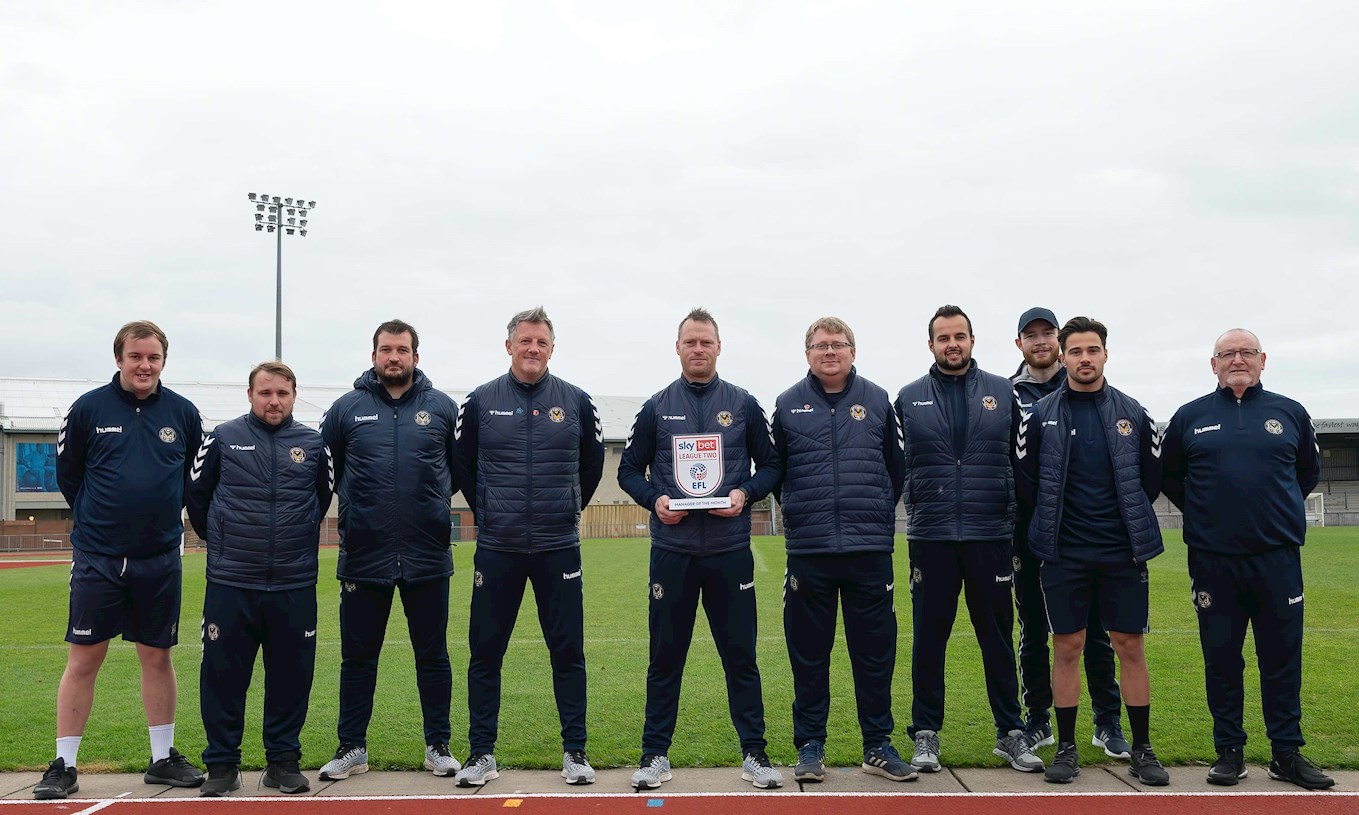 County dropped points for the only time at the Abbey Stadium against Cambridge one week later, but it only proved to be a minor blip as Flynn's men bounced back with back-to-back 1-0 victories against Tranmere and Stevenage respectively.

That was followed up by an impressive 3-0 victory against Bradford at the Utilita Energy Stadium before late goals against Colchester and Harrogate secured County maxiumum points and rounded off a month which saw Flynn's men claim 18 points.

To watch the Video please enable "Targeting" in cookie settings

Flynn said: "It’s a reward for all of the players and the staff because I couldn’t do it all on my own. It’s a good appreciation and shows the togetherness that we’ve got.

"Every win is just as important because you can only get three points, but, looking at it over the month, you would have to say that the 3-0 win against Bradford City was the most convincing in October. I thought we were very, very good against a good team at a tough place to go. That was very pleasing.

"We’ve installed belief into the players and our philosophy is keep going until the end. We never know when we’re beaten, but I think the way that we’re playing has been fantastic. We’re creating a lot of goalscoring opportunities and dominating possession now, which is very pleasing to say because we’re doing it our way.

"We’re playing attractive possession-based football and it’s given our just rewards. The players that have come in have adapted to that really well, and the players that were already here have taken it on board.

"18 points in a month is a fantastic effort and everyone involved with us deserves huge credit for that."