It promises to be a tough challenge for Michael Flynn's men at Brunton Park, with the home side yet to drop a single point in any of their home fixtures this term.

Here, you can find all the facts and statistics ahead of the Sky Bet League Two fixture.

Carlisle United currently occupy eighth place in the Sky Bet League Two table, having gained 17 points from their first 10 matches. United will be keen to improve on their 18th placed finish last season.

The Blues have been on the winning side in half of their games, and are yet to drop any points at home. They have taken maximum points against Southend United, Barrow, Colchester United and Morecambe.

Their one win away from home came at the expense of Port Vale, after a second half Jon Mellish goal saw Carlisle through to a 1-0 victory.

Matty Dolan was a late withdrawal from County’s starting 11 on Saturday and could miss out on Tuesday evening's trip. It was a more pleasing afternoon for Jamie Devitt after he made his first Exiles appearance following his loan arrival from Blackpool in the summer.

For Carlisle United, Saturday marked the fifth successive match where they have opted for the same starting line-up. Defender Aaron Hayden, however, had to be replaced in the first half against Exeter and may not be fit to return on Tuesday.

Forward Gime Toure was also sent off on the weekend and will miss out on the clash against the Exiles.

One to watch – Jon Mellish

Jon Mellish has been United’s biggest goal threat this season having chalked up four league goals from midfield. The 23-year-old also has two goals to his name in the Papa John’s Trophy, with both coming at Sunderland.

Each of Mellish’s Sky Bet League Two goals have come in winning efforts for Carlisle after finding the net against Colchester and Morecambe. Mellish also found the target at home against Barrow and away at Port Vale.

The English midfielder has only been playing in this position since February after being converted from a defender, but the switch of positions is proving to be a masterstroke. 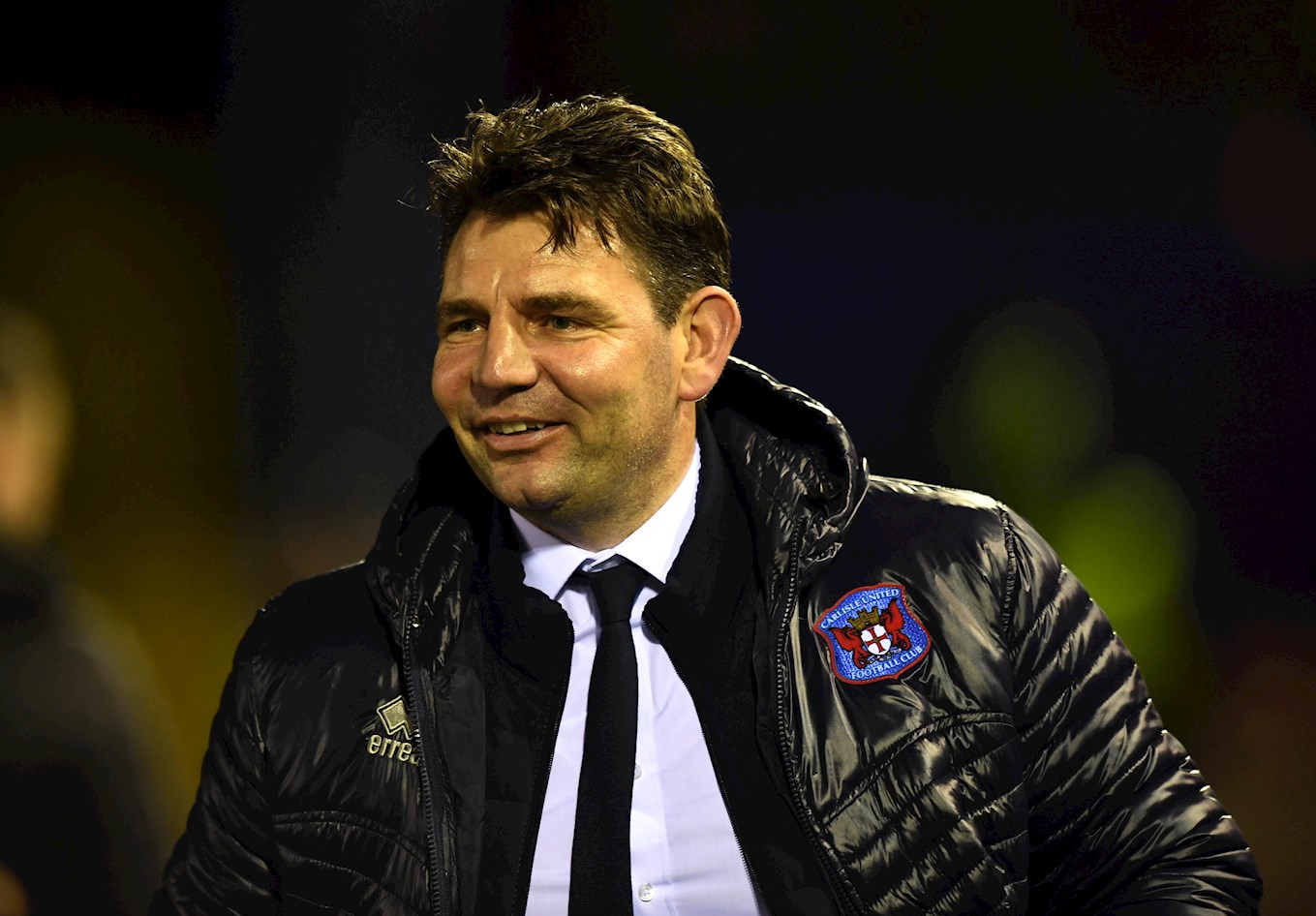 Chris Beech was appointed as manager of Carlisle in November 2019 on an 18-month contract until the summer of 2021. Beech led United to safety last season, and they have since kicked on having made a strong start to this campaign.

The 46-year-old had previously been caretaker boss at Rochdale in 2011, before taking up an assistant role under Keith Hill with the Dale until 2019. His appointment at Carlisle is his first as a head coach.

The Englishman played 279 times in his playing career as a midfielder, turning out for the likes of Blackpool, Hartlepool and Huddersfield, before finishing his playing days at Rochdale.

The last time County met Carlisle was in March at Brunton Park, as two first half goals from the home side proved to be enough to see them take all three points.

Omari Patrick gave United a fifth minute lead which was extended in the 33rd minute by Josh Kayode from the penalty spot.

The reverse fixture last season at Rodney Parade was more successful for County, as a 96th minute goal from George Nurse gave the Exiles a 1-0 victory.