The Exiles have enjoyed many historic occasions in this competition in recent seasons and will be aiming to replicate that again this term.

Here, you can find all the facts and statistics ahead of the Emirates FA Cup fixtue...

Leyton Orient have made a steady start to their 2020/21 campaign, currently sitting in 12th place in the Sky Bet League Two table with four wins, three draws and four losses.

Away from their league performances, the O’s are yet to lose a cup match. In their Papa John’s Trophy group matches so far, Orient have defeated Brighton U21s 3-2 and also saw off AFC Wimbledon with a 2-0 victory.

Their Carabao Cup campaign saw Orient draw Tottenham Hotspur in the third round after overcoming Forest Green Rovers and Plymouth Argyle to get there. However, the fixture had to be called off due to a number of positive Covid tests, ensuring Spurs were awarded a bye.

Newport County AFC manager Michael Flynn could have a few selection dilemmas this weekend after a busy two months of football. Liam Shephard missed the game at Carlisle United on Tuesday with a swollen knee, while Scott Twine remained an unused substitute with a dead leg.

Captain Joss Labadie was also replaced in the first half with an injury, although Matty Dolan returned to the heart of the defence.

Leyton Orient look set to have a squad with minimal injury concerns ahead of the weekend. Tuesday saw them make two unenforced changes to their starting 11, and forward Ruel Sotiriou was named on the bench after his head injury.

One to watch – Danny Johnson

Danny Johnson is Leyton Orient’s current top scorer in all competitions with nine goals in 14 appearances. Six of those goals have come in the league, and he also netted twice in the Carabao Cup and once in the Papa John’s Trophy.

The 27-year-old started the season in unbelievable form after scoring in each of Orient’s first five matches of the season. Johnson twice scored the only goal of the game in matches against Oldham Athletic and Tranmere Rovers.

The Englishman signed for Leyton Orient in January from Scottish side Dundee after spending two years playing in Scotland. The forward also had a brief spell with fellow south Wales outfit Cardiff City. 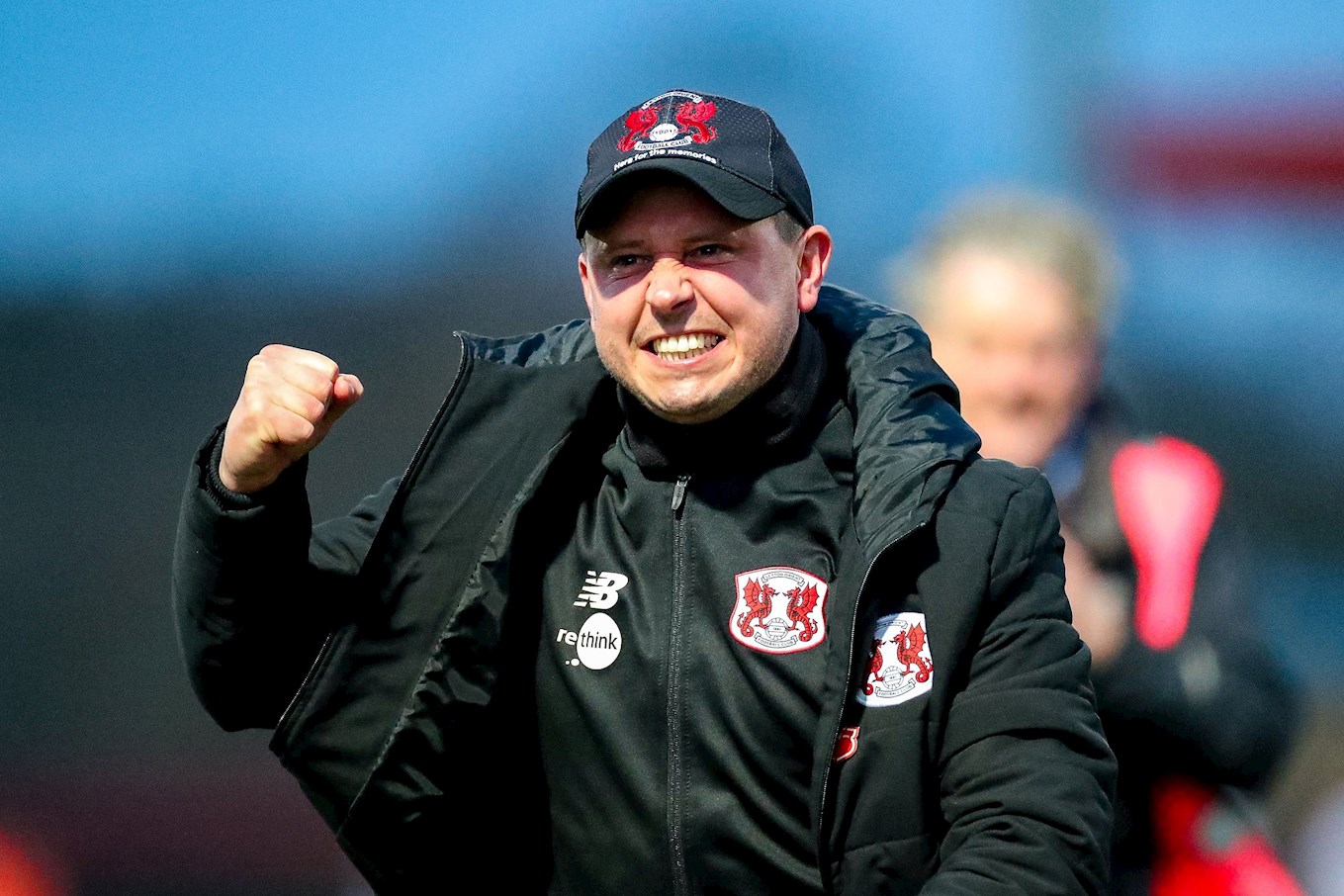 Ross Embleton has been in charge at the Breyer Group Stadium since January after he was appointed on a 12-month rolling contract.

The 38-year-old had previously been interim head coach at Orient on three separate occasions before being given the job on a full-time basis. Embleton took interim charge in 2017, June 2019 and November of 2019 until the end of the season.

Prior to his spell at Orient, the Englishman spent time in the academy set-ups of Tottenham Hotspur, AFC Bournemouth and Norwich City, and he was also the first team coach at Swindon Town.

The last time the two sides met was in January at the Breyer Group Stadium, as two late goals sent County home empty-handed.

An own goal from Ryan Haynes followed by an 89th-minute finish from Reul Sotiriou earned the home side maxiumum points. The Exiles responded in injury time through Jamille Matt, however it was too late to set up a late County comeback.

The occasion was an emotional one for both sides as Leyton Orient renamed their West Stand after Justin Edinburgh - who managed both clubs - prior to kick-off.