Late drama has been a theme for Newport County AFC of late after the Exiles netted secured an injury-time winner against Port Vale.

Next up at Rodney Parade is Walsall FC on Tuesday evening, who themselves will be looking to end a run of one in their last eight games.

Walsall currently sit in 15th place in the Sky Bet League Two table after picking up 16 points from 13 matches. The Saddlers have managed seven draws already this season, and also picked up three victories.

The wins have all come at home against Grimsby Town, Leyton Orient and Crawley Town.

The Saddlers are heading into Tuesday's game off the back of two straight defeats, and will be hoping they can rediscover some defensive resilience that saw them unbeaten in their first eight matches in the league this season.

Manager Michael Flynn made full use of the new permitted five substitutes on Saturday against Port Vale, and it certainly paid off. Match-winner Kevin Ellison may have earned himself more minutes in a hotly contested battle for places in the County squad.

No new injuries will also be pleasing for Flynn, who is now also able to call on more players because of the new substitutes rule.

With minimal injury concerns, Walsall will have midfielder Alfie Bates available to call upon once again after serving his one match suspension on Saturday. We could also see a return to Rodney Parade for George Nurse, who spent last season at County and made 17 appearances.

One to watch – Caolan Lavery

Northern Irish striker Caolan Lavery joined Walsall in 2019 and currently has four goals and two assists in all competitions so far this season, with three of his goals coming in the league.

His league goals have all been key, with his strike at Forest Green Rover and his double at Barrow securing a draw on both occasions. His other goal came in an FA Cup defeat to Bristol Rovers.

The Canadian-born forward started his career with Sheffield Wednesday, and he is one of few players to have also represented their city rivals Sheffield United. Lavery has also played for Southend United, Plymouth Argyle, Chesterfield, Portsmouth, Rotherham United and Bury. 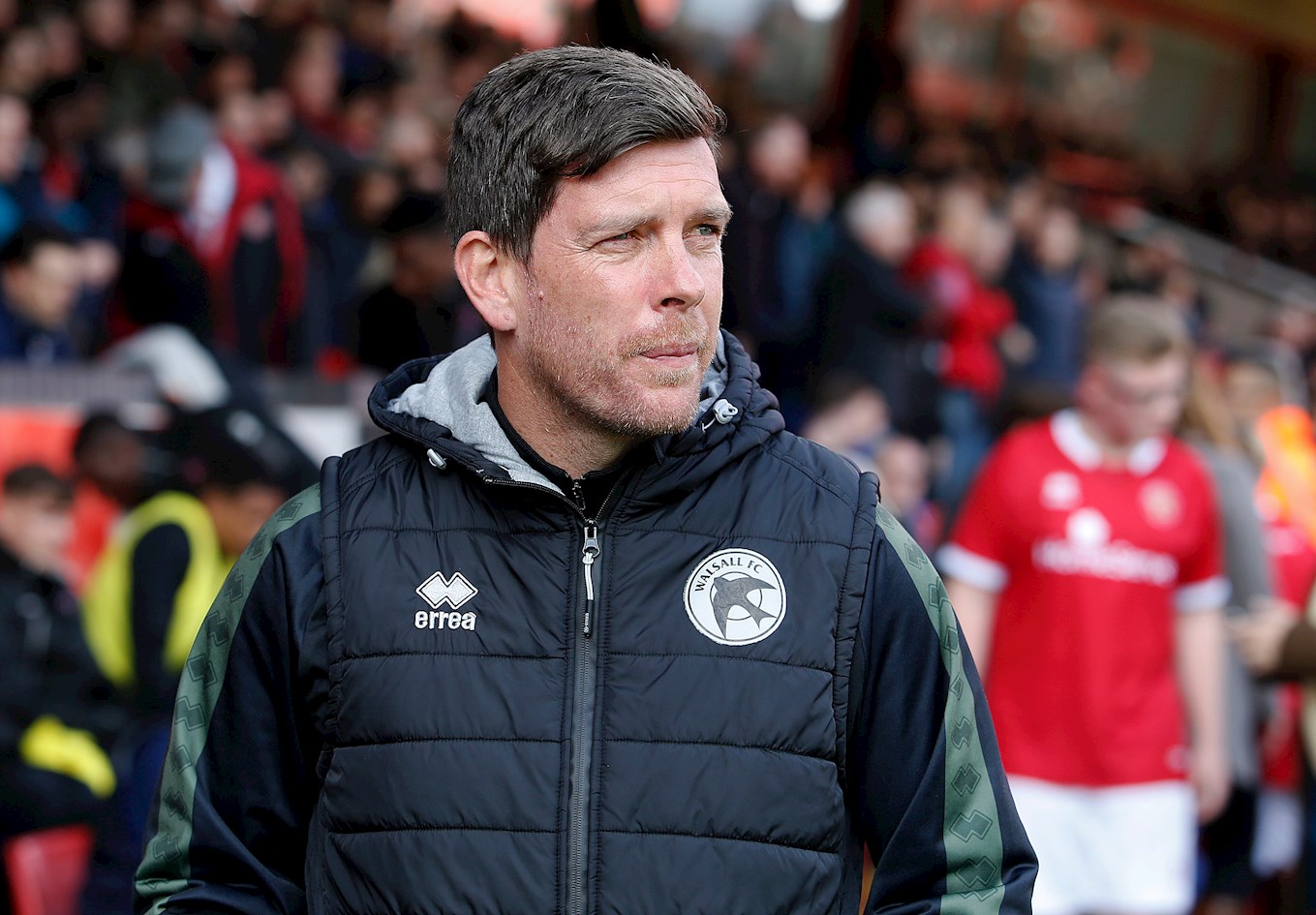 Darrell Clarke was named in charge at the Banks’ Stadium in May 2019 after Walsall’s relegation from League Two. During his first season, Clarke guided the Saddlers to 12th place and comfortable safety in the division.

The 42-year-old is aiming to achieve promotion to Sky Bet League One for the second time in his career after taking Bristol Rovers to the third tier in the 2015/16 campaign. The previous season also saw Clarke win the National League play-offs with Rovers.

Prior to his spells at Walsall and Bristol Rovers, Clarke started his managerial career at Salisbury City. During his time there, the Englishman guided City to the FA Cup third round for the first time in the club’s history, defeating Grimsby Town in the second round.

Both meetings between the two sides last season saw 0-0 draws in tight affairs.

The most recent meeting at Rodney Parade saw chances for Ryan Inniss, Jamille Matt and Jordan Green, but a breakthrough never came for either side.

The earlier meeting in August saw the Exiles make history after the goalless draw ensured Flynn's men streched their unbeaten run to a club record 14 matches.