The Emirates FA Cup returns to Rodney Parade this weekend as Newport County AFC welcome Salford City in the second round.

Both sides have made strong starts to their respective league campaigns, and will hope to take this form into this all Sky Bet League Two cup tie.

Here, you can find all the facts and statistics ahead of this Emirates FA Cup fixture...

Salford City reached this stage of the competition after defeating Hartlepool United 2-0 in the first round. The match at the Peninsula Stadium was won with extra-time goals from Bruno Andrade and Emmanuel Dieseruvwe.

In the other cup competitions, Salford exited the Carabao Cup in the second round to Premier League side Everton, while they still remain in the Papa John’s Trophy. City finished top of their group to set up a second round tie with the Leicester City Under-21s.

The new five substitutes rule will again be in use this weekend, so manager Michael Flynn could rotate the team from Tuesday’s draw with Walsall.

Flynn will also be pleased with the fitness of his squad, with only a few players missing through injury.

Salford have James Wilson and Darren Gibson missing through injury, but have been boosted by midfielder Richie Towell's return to training.

One to watch – Ashley Hunter

Attacking midfielder Ashely Hunter has proven himself to be an all-round threat this season, with six goals and four assists in all competitions so far.

The 25-year-old, who fired a double to help the Ammies beat Morecambe on Tuesday, now has five goals in the league and also netted in the Papa John’s Trophy.

The Exiles will be mindful of keeping Hunter quiet on Saturday, as Salford are yet to suffer this season when he has found the back of the net. 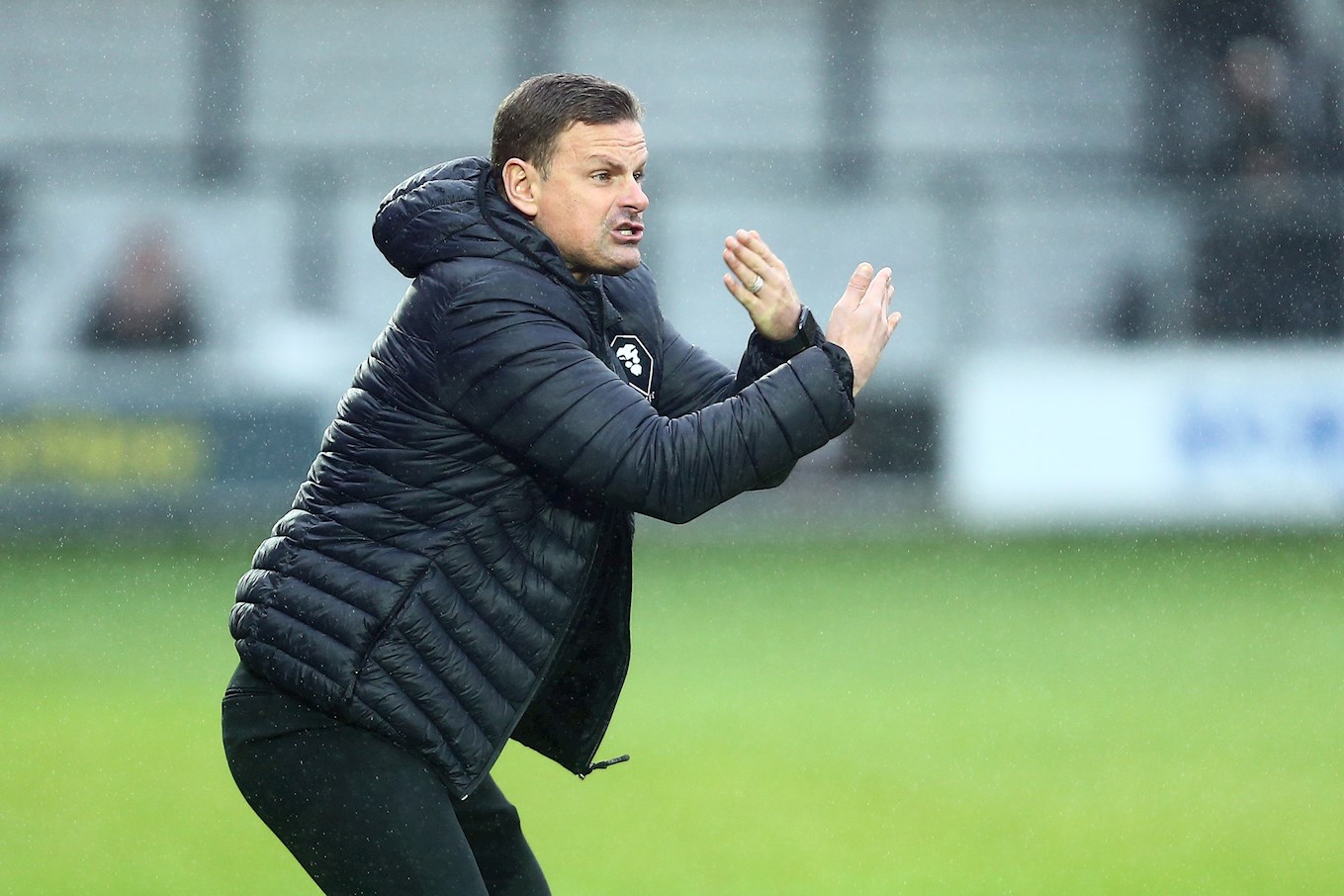 Richie Wellens was appointed at the Peninsula Stadium at the beginning of the month until the end of 2022/23, replacing interim boss Paul Scholes.

Wellens joined Salford from Swindon Town, where he won the Sky Bet League Two title last season. Prior to Swindon, the 40-year-old was in the Oldham Athletic hot seat in the 2017/18 season.

During his playing career, the Englishman played for clubs including Manchester United, Leicester City and briefly Salford, where he played six matches for the Ammies and netted once.

The last time County met Salford was in the EFL Trophy semi-final last February at Rodney Parade. The match ended 0-0 but the Ammies progressed through to the final with a penalty shoot-out win.

The previous meeting between the sides was the first time the two had met. The Sky Bet League Two match also took place at Rodney Parade, but ended with a 2-1 victory to the visitors.

Goals from Cameron Burgess and Lois Maynard either side of a Nathan Pond own goal were enough for Salford to take the points back with them.