As part of the event, we have taken a look at the contributions and achievements of Paul Bignot, who starred in the club’s Conference South triumph.

The defender joined the club on loan from Kidderminster Harriers back in 2008 and went on to make that move permanent.

Bignot added leadership, organisation and presence to the back line as the Exiles cruised to the Conference South title in 2010, his first full season at the club, finishing on 103 points – 28 clear of Dover Athletic and Chelmsford City.

“When I first went there it was on loan, we finished in a bad position league wise but we finished strong that season and it was the following season that we ran away with the Conference South,” Bignot recalls.

“Then it was the following season after that in the National League that I really hit the ground [running].

“The whole Newport period I was full of confidence as a team and an individual and that last season was where I picked up all my individual awards.”

Bignot left for Blackpool in the summer of 2011 with more than 100 appearances to his name and, after spells at Plymouth Argyle, Grimsby Town, Keflavik and Solihull Moors, he returned to the club, who were an established EFL team. 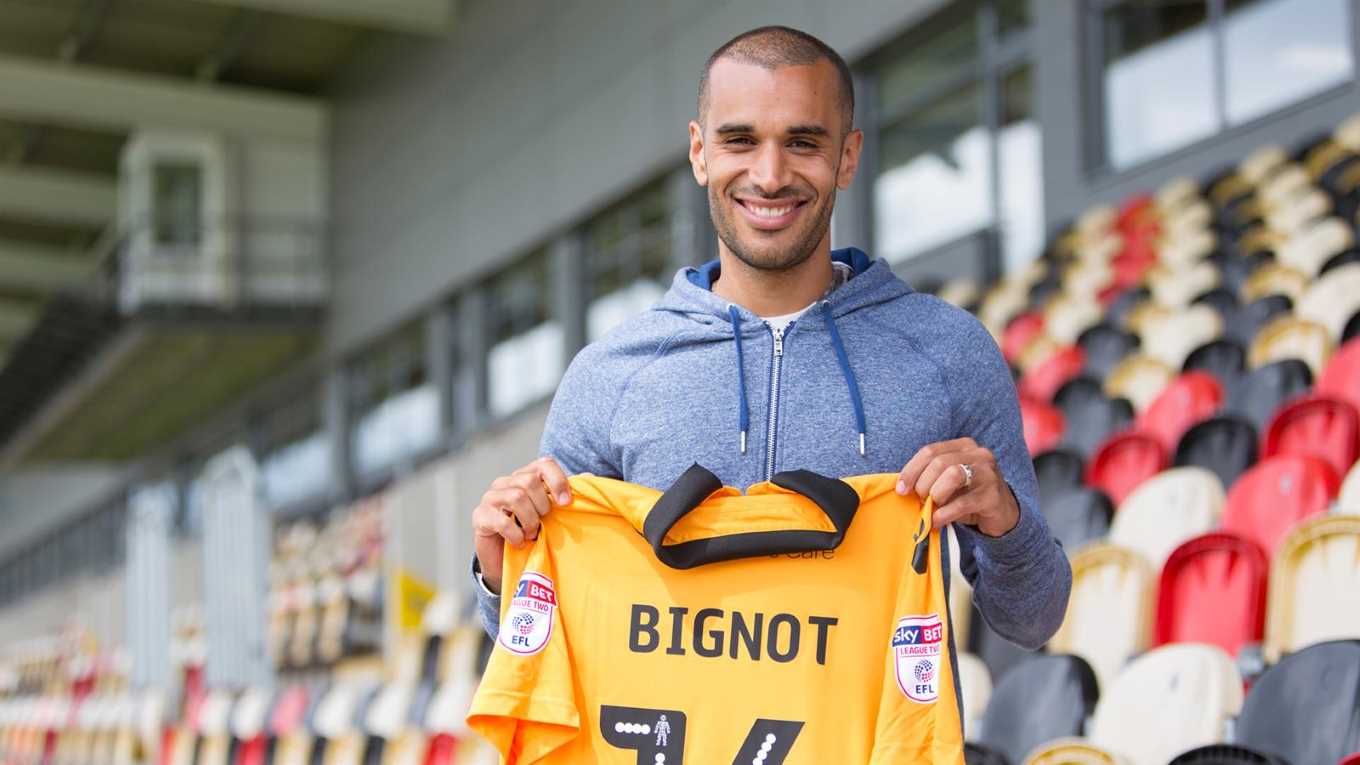 “Individually it was a whole new team,” he said.

“Set-up wise they were using Spytty Park as a training ground and had moved into a new ground in Rodney Parade so that was all new.

“We were using the Welsh facilities behind Spytty Park. As a club you could tell there was a vast improvement off the pitch.

“I started with them in the Conference South and then went into the National League.

“And then I experienced playing in League Two for them, so seeing the club from when I first started to where they are now has been a massive transformation so that’s good to see.”

The defender went on to make a further 14 appearances as the Exiles went on to produce the Great Escape in 2017.

Bignot left the club that summer but will always hold a key place in the history of Newport County AFC.