Newport County AFC are delighted to announce that Kevin Ellison has become the club’s mental health ambassador for the 2020/21 season.

As the club’s mental health ambassador, Ellison aims to support those connected with the football club who are struggling with their mental health and to help break the stigma attached with mental illness. He will engage with programmes that reach out to people in the community, and carry out video calls with Exiles supporters during the ongoing Covid-19 pandemic.

Ellison will also encourage colleagues to express their thoughts, fears and concerns in a safe environment, and to promote the ambitions of the club around mental health and well-being within the club and the local community.

He will also carry out work with County in the Community, which deliver football sessions, projects and schemes in and around the Newport area to engage local people and create a positive experience for participants.

The winger, who joined the Exiles in the summer window after departing Morecambe, has been vocal in raising awareness of mental health and has opened up about his previous struggles. 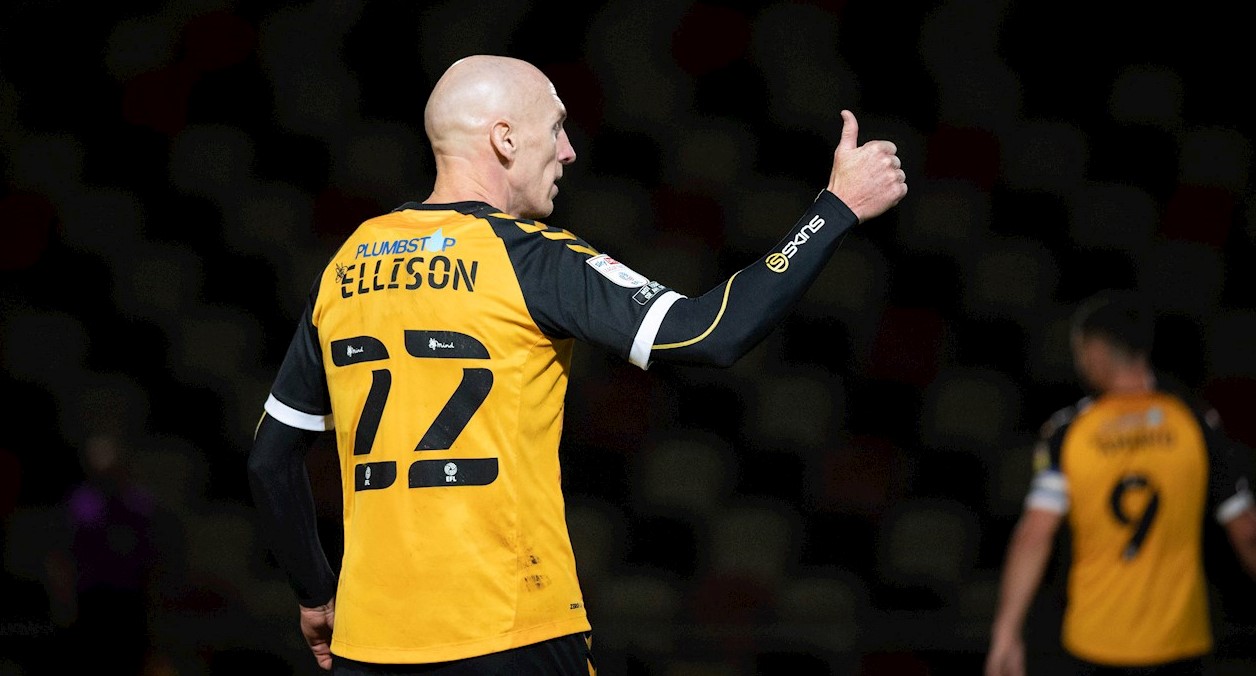 Ellison's unveiling comes ahead of World Mental Health Day, which is observed each year on 10th October, and after the mental health charity Mind's latest research revealed that more than 60% of adults and over two thirds of young people (68%) felt their mental health deteriorated during the coronavirus pandemic and lockdown.

Ellison said: “Being the club’s ambassador is a really proud feeling. I’ve struggled myself in the past, so hopefully by being here and telling my story, I can help others.

“Even if it’s just one person that I can help, I’ll be glad to do that because I want to give something back to the game that’s given me so much.

“I want people to understand that we’re not robots and we all have feelings, whether we’re footballers or work in a nine-to-five job.

“When I first started playing football, we didn’t hear many players speaking out and there was more of a ‘man up’ attitude. But more and more people are speaking out now, especially during this pandemic because it’s impacted everybody.

"It’s probably easier now than it was two or three years ago because a lot of high-profile people are speaking out and it shows that it can affect anybody.”