Top-of-the-table Newport County AFC will be looking to cement their place at the Sky Bet League Two summit when they host Colchester United at Rodney Parade on Tuesday evening.

County are in search for their fourth successive victory following victories over Tranmere Rovers, Stevenage and Bradford City.

The visitors are also looking to continue a good run of form after sealing back-to-back wins against Forest Green Rovers and Harrogate Town.

The U’s finished last season in sixth place but failed to reach the play-off final after losing to Exeter City in the semi-final. They currently occupy ninth place in the Sky Bet League Two table having taken 13 points from their eight games so far this season, which has seen them enjoy three victories, four draws and one defeat.

Their single defeat came at the hands of Carlisle United, as a double from Luke Norris wasn’t enough to prevent a 3-2 defeat.

Colchester have won both of their games since then, which both came at home. A second minute goal from Noah Chilvers was enough to see off Forest Green, while Callum Harriott and Ben Stevenson scored to take all three points from Harrogate Town.

Newport County AFC boss Michael Flynn seems to have found the perfect balance with his squad so far this term. The Exiles have now gone three games and 299 minutes without conceding, but they could be forced into an attacking change for Tuesday's game after Saikou Janneh hobbled off against Bradford City on Saturday.

Colchester have a whole host of players returning to training, with Ben Stevenson making a goalscoring return on the weekend after two matches out. United have also had midfielder Tom Lapslie and defender Ryan Clampin return to full training.

One to watch – Callum Harriott

Forward Callum Harriott is currently in his second spell at Colchester after rejoining the club in September 2019 from Reading. Harriott has three goals and one assist to his name in seven league appearances so far this season.

The 26-year-old winger scored in the draws with Oldham and Walsall, before netting in last weekend’s 2-1 win against Harrogate Town.

During his first spell with the U’s, a loan from Charlton Athletic, Harriott became a fan favourite after scoring five times in his 20 appearances during the 2015/16 season.

Harriott has also represented his country of Guyana on seven occasions, scoring once. 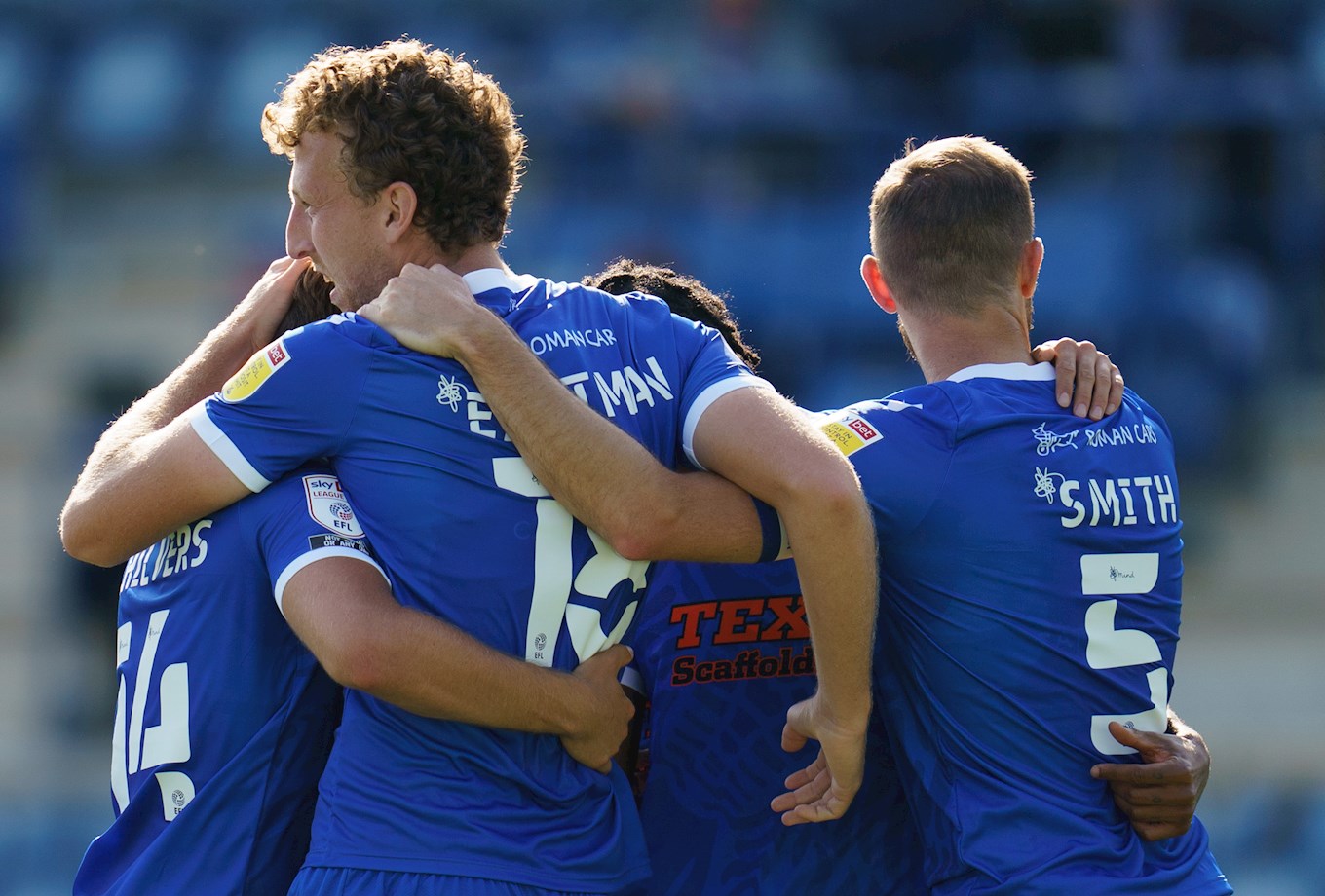 The opposition manager is Steve Ball, who took over at Colchester from John McGreal - who had been in charge at the JobServe Community Stadium since 2016 - in July.

Ball had been assistant to McGreal during his time with the U’s, and was also caretaker manager for four days in 2016. Prior to his appointment at Colchester, Ball was in charge at Maldon & Tiptree, who he led to a seventh-placed finish.

The last meeting between these two sides was one to forget for County, with Colchester running out 3-1 winners at the JobServe Community Stadium last October.

Tristan Abrahams gave the Exiles a fifth minute lead, but goals from Ryan Jackson and Ben Stevenson saw the U’s go into the half time break 2-1 up.

Courtney Senior added a third for United with 15 minutes to play, ensuring the Exiles travelled back to south Wales empty-handed.