The Sky Bet League Two table makes for good reading for Newport County AFC, and the Exiles will bid to keep it that way when Harrogate Town travel to South Wales on Saturday.

Sky Bet League Two newcomers Harrogate have made a promising start to the season and will present a real challenge for County at Rodney Parade.

Harrogate Town are currently in their first ever season as a football league club, having been promoted from the National League last year through the play-offs.

Town have made a great start to life in the Football League, having taken 15 points from their opening nine matches and sitting in eighth place. They have won four of their fixtures, drawing three times and losing twice.

Three of Harrogate’s four wins have come away from their temporary home at the Keepmoat Stadium, including an opening day 4-0 thrashing of Southend. They have also defeated Bradford and Grimsby, while their solitary home win came against Barrow.

County will again be without Saikou Janneh after his hamstring injury. Janneh joins Ryan Taylor, Lewis Collins, Kyle Howkins and David Longe-King on the injured list. One bonus for the Exiles is that loan signing Jamie Devitt is pushing to make his debut on Saturday.

Harrogate Town travel to south Wales with minimal injury concerns. Striker Aaron Martin and midfielder Lloyd Kerry both sat out their mid-week fixture with Stevenage but are both pushing to be involved on the weekend. 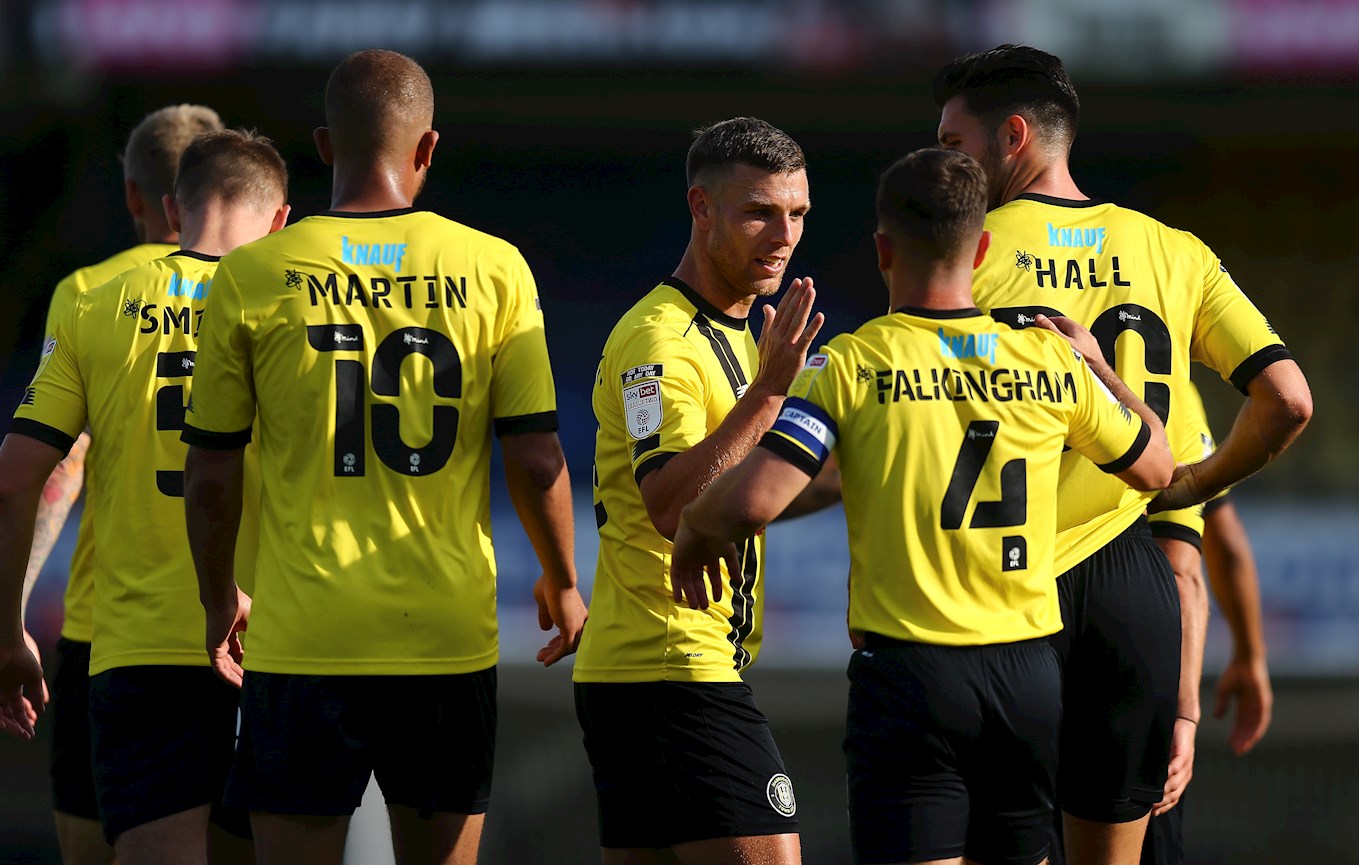 One to watch – Jack Muldoon

Forward Jack Muldoon has made a great start to the 2020/21 season, having already scored six times and assisting once. Muldoon is currently the second top scorer in Sky Bet League Two.

The Englishman has been with the club since 2018, playing 86 times since joining. In that time, Muldoon has proven to be prolific goalscorer having found the net 34 times.

Simon Weaver is one of English football’s longest serving managers after being at Harrogate since 2009. The Englishman spent the first three years of this spell as player-manager.

During his time in charge, Weaver has taken Town from the National League North to League Two for the first time in their history. The 42-year-old also guided Town to the second round of the FA Cup in the 2012/13 season.

In his playing days, Weaver operated as a centre-back and featured for the likes of Doncaster Rovers, Kidderminster and Scarborough.