Matty Dolan says Newport County AFC's ability to grind out victories shows the Exiles are able to deal with their busy fixture schedule this season.

Michael Flynn’s side, who have played nine games since their 2020/21 opener against Swansea City last month, were eager to get back to winning ways following their defeat in the Carabao Cup on Wednesday evening, and Dolan was impressed with his team's response.

"To bounce back was great," said the midfielder.

"Obviously, they’ve had a full week of preparation and we’ve only just had a few days after Wednesday, but I thought everyone was brilliant today.

"I thought the work-rate off the ball was fantastic - everyone put a brilliant shift in.

"I think in the first half we were good, and I think we’ve got arguably one of the best footballers in the league in Josh Sheehan who makes a big difference, but everyone is playing their part at the moment which is crucial. 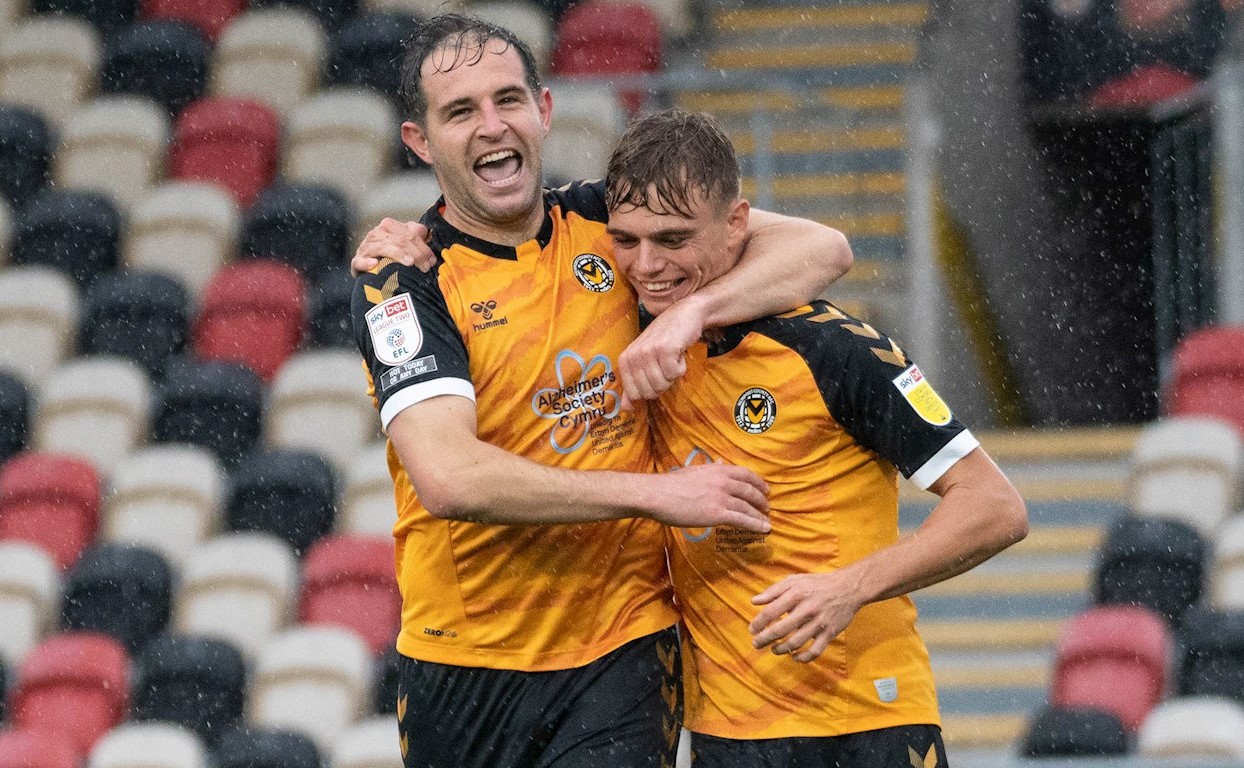 "On the field there’s a lot of options on the ball and that’s right across the team starting from Nick [Townsend].

"The style of football that we are playing is much more attractive and we’ve just got to keep pushing as a team."

After falling behind in the second half against Graham Coughlan's side, the Exiles scored two late goals to maintain their unbeaten start to the Sky Bet League Two campaign

And Dolan said his team-mates' resilience was the key in chalking up their sixth victory of the season.

"I think once we conceded it would have been easy just to let it peter out," he added.

"But we kept pressing, kept doing the right things and we got our rewards in the end.

"Personally, over the course of the 90 minutes there was only one team that really deserved to win, so fair play to the lads as we sealed a brilliant result.