Michael Flynn says he will not hesitate to give more young players the opportunity to play in the first team if he thinks they are good enough.

The Exiles boss handed 15-year-old Sonny Lewis his debut in last night’s EFL Trophy defeat to Cheltenham Town.
After being selected to start in the game at Rodney Parade, Lewis surpassed the record previously held by Regan Poole as the youngest player to represent the club.
“I’ve always said I will give them a chance,” said Flynn. “If they are good enough then I don’t care about their age.”
“I don't care whether they are 41 or 15. I will make my own decisions and I will stick by them. I gave a 15-year-old his debut and I thought that he was outstanding.”
Flynn revealed that the club had to get a letter from Lewis’ parents and school headmaster to allow him to play.
“I didn't tell him that he was playing because I didn’t want him thinking too much about it and worrying himself,” said Flynn.
“I thought that he grew into the game after the first 10 minutes and he was excellent. He was a little bit late to the game, so we all thought that he had been in detention!”
17-year-old Lewys Twamley also made his debut, and Ryan Hillier and Joe Woodiwiss - both 17 - also featured, while young goalkeeper Callum Brain was among the substitutes.
But Flynn insisted that his young prospects cannot put their feet up and must continue to work hard to earn their place in his squad.
“They can't go thinking they have cracked it now like a few have in the past, going back to the academy and thinking that they are the bee’s knees,” he said.
“They need to work even harder now to be with us more permanently. Obviously that will be harder with Sonny because he is still in school, so we will have to wait and be patient with him to keep bringing him on when we can.”
Reflecting on the 1-0 defeat to the Robins, Flynn was pleased with aspects of the performance, but admitted that the team lacked a clinical touch in front of goal as numerous chances went begging.
“It was a very worthwhile game for us and a very good performance, we just missed too many chances.
“It's not nice losing a match but there were a lot of positives, plus there were no injuries.
“It was a very good performance against a Cheltenham side that got to the play-offs and have a very good squad.” 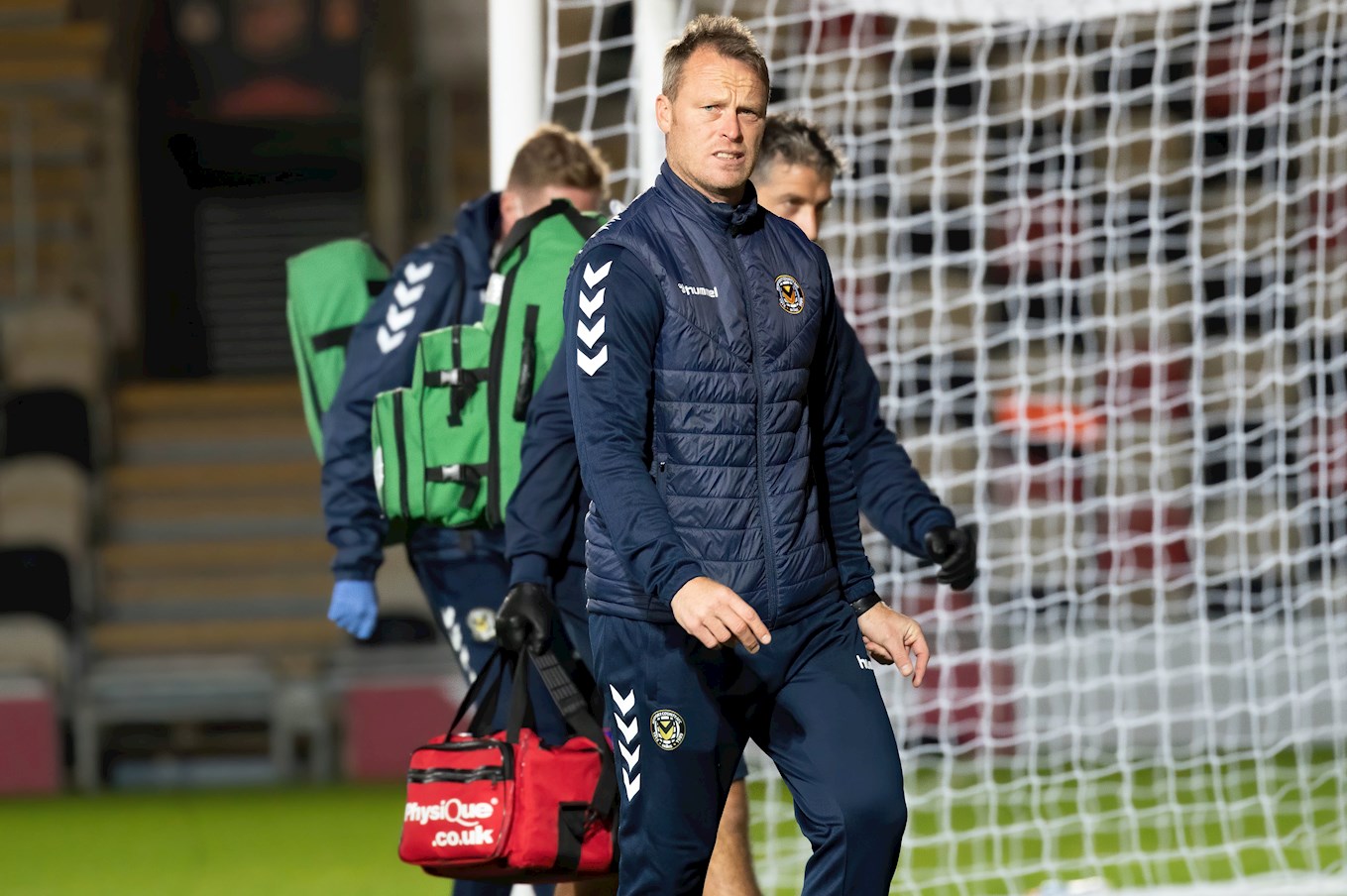 Another player who made his debut last night was defender Brandon Cooper, who recently joined the club on a season-long loan deal from Swansea City.
“I thought he [Cooper] was excellent against a very good and experienced professional in Reuben Reid, who is strong with a great touch and brings midfielders into play,” said Flynn.
“Brandon competed with him and is exceptional on the ball, as you'd expect after coming from the Swansea academy. He stood up like a man so I was very impressed.”
Looking ahead to Saturday’s League Two opener against Scunthorpe United, Flynn is expecting a difficult challenge at Glanford Park, but is encouraged by the competition in the squad as he looks to add a couple more faces before the window closes.
"It's the start of the league campaign and we want to start well. It's a tough trip up to Scunthorpe, a long journey, and we have to be at it.
"We will give it our best shot, I have seen a lot of pleasing things over the last two games and we just need to keep building on that.
"There's a lot of competition for places and I am looking to bring one or two more in.
"We need to keep everybody fit and I don't want to go through the injuries that we had last season."