Newport County AFC face another promotion rival this weekend as they travel to St James Park to take on Exeter City.

The Exiles will be hoping to build on their hard-fought victory on Tuesday, and put some distance between themselves and their opposition in the table.

Exeter City currently sit in eighth place in the SkyBet League Two table after accumulating 62 points from 42 matches. The Grecians have won 16 of their games, drawing 14 times and losing 12 times.

City started the season with two wins from their first six matches, but went unbeaten from the end of September until mid-November. This run, followed by steady results took them up the table, in and around the playoff positions.

However, Exeter seem to have hit a rough patch of form at the wrong time, collecting two wins from their last 10 matches. They will certainly be looking for a win to rekindle their form for the rest of the run-in.

Matty Dolan could return to the County backline on Saturday after a spell out with concussion, while Ryan Taylor is a doubt after missing the game on Tuesday.

Exeter will be unable to call on midfielder Robbie Wilmott, as he is ineligible to play against his parent club.

One to watch – Matt Jay

Matt Jay is one of Exeter City’s dangermen up front, forging a partnership with Ryan Bowman that has seen them share 30 goals in the league. Jay has scored 17 league goals, as well as one in the FA Cup and one in the Papa John’s Trophy.

The 25-year-old scored seven goals in seven games at the start of November, in a run that saw the Grecians lose just twice. One of these matches saw Jay score a brace, in a 6-1 win against Colchester.

The Englishman came from the Exeter academy, making his first-team debut in 2013. He has also had loan spells at Western-Super-Mare, Hayes & Yeading United and Truro City. 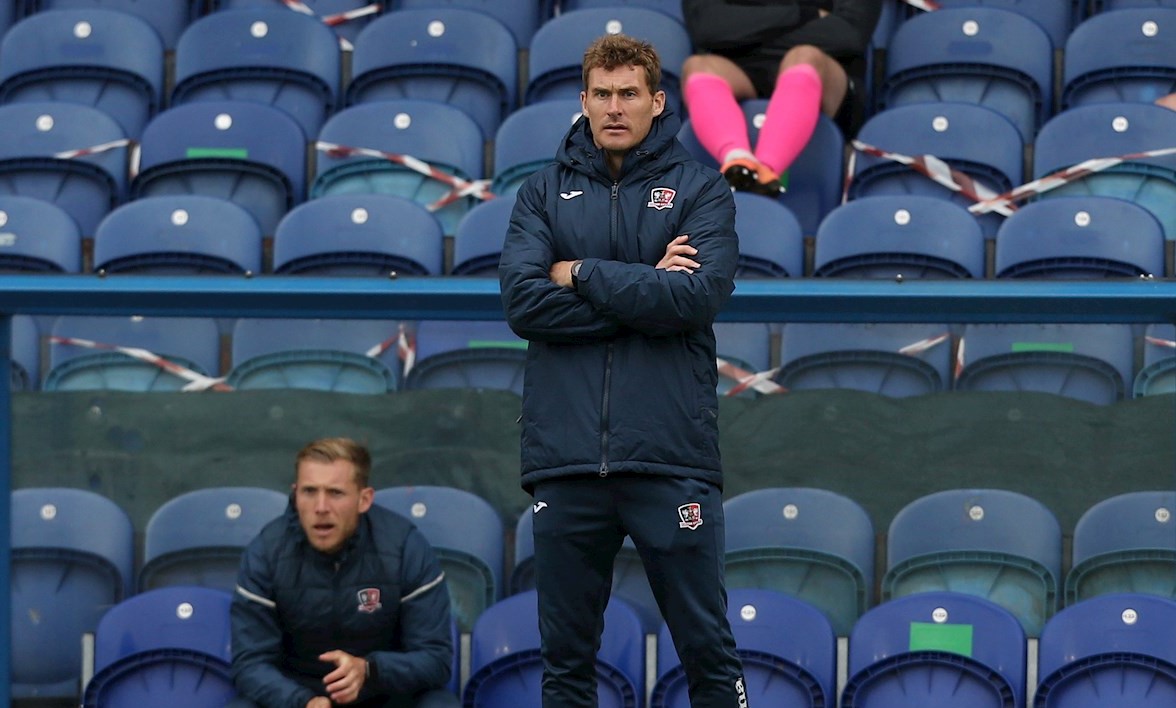 Matt Taylor was announced as manager of Exeter City in 2018, after Paul Tisdale left the club following 12 years in charge. As a player, Taylor had a brief spell with County in 2015/16, where he made four appearances as a centre-back.

During his time in charge at St James’ Park, Taylor has guided the Grecians to an eighth-place, one point outside the playoff places, before eventually reaching the playoff final last season. His side came up just short at Wembley, losing out to Northampton Town.

Apart from his stint with the Exiles, the 39-year-old also captained Exeter and also featured for Bradford City and Charlton Athletic.

The last meeting between the sides saw an eventful evening at Rodney Parade, with the points being shared.

The visitors saw Alex Hartridge sent off early, but took the lead after 22 minutes through Ryan Bowman. City were then reduced to nine before half-time, the goalscorer Bowman this time seeing red.

County huffed and puffed in the second half, finally striking through Dom Telford, but were unable to find a winner against the Grecians.