Newport County AFC switch attentions to the Carabao Cup on Tuesday evening as they travel to Portman Road to take on Ipswich Town in the first round.

County got their 2021/22 campaign up and running with a 1-0 win over Oldham Athletic on the opening weekend, while the Tractor Boys began their season with a draw and will be looking to register their first win on the board in mid-week.

Ipswich Town currently reside in Sky Bet League One after finishing last season in ninth place. But the Blues will harbour hopes of returning to the Sky Bet Championship, with this being just their third season in the third tier since 1957.

Town began their league campaign with a 2-2 draw with Morecambe, Macauley Bonne rescuing a point in the 91st minute at Portman Road.

The Carabao Cup presents a real opportunity to both sides for a cup run, something that the Exiles have excelled at since Michael Flynn took the reins at Rodney Parade four years ago.

The Exiles boss gave debuts to a few new signings on Saturday, so may take this chance to bed them into the squad further. Matty Dolan was forced off in the first half against Boundary Park and is the only injury concern for County after the opening weekend.

Ipswich have also had a busy summer with 13 new arrivals, with the arrival of Sone Aluko from Reading being the most high-profile addition to the Tractor Boys' squad.

Macaulay Bonne - another summer arrival - scored on his league debut from the bench and could be in line to make his first start.

ONE TO WATCH - LOUIE BARRY

Exciting prospect Louie Barry signed for Town on loan from Aston Villa, with the youngster looking to gain some real experience.

The 18-year-old burst onto the scene in last year’s Emirates FA Cup when he scored the equaliser against Liverpool for a Covid-stricken Aston Villa team. His strike was voted as the ‘Goal of the Round’.

Barry became the first English player to join the Barcelona academy after signing a deal in 2019. He had previously been close to joining French side Paris Saint-Germain. 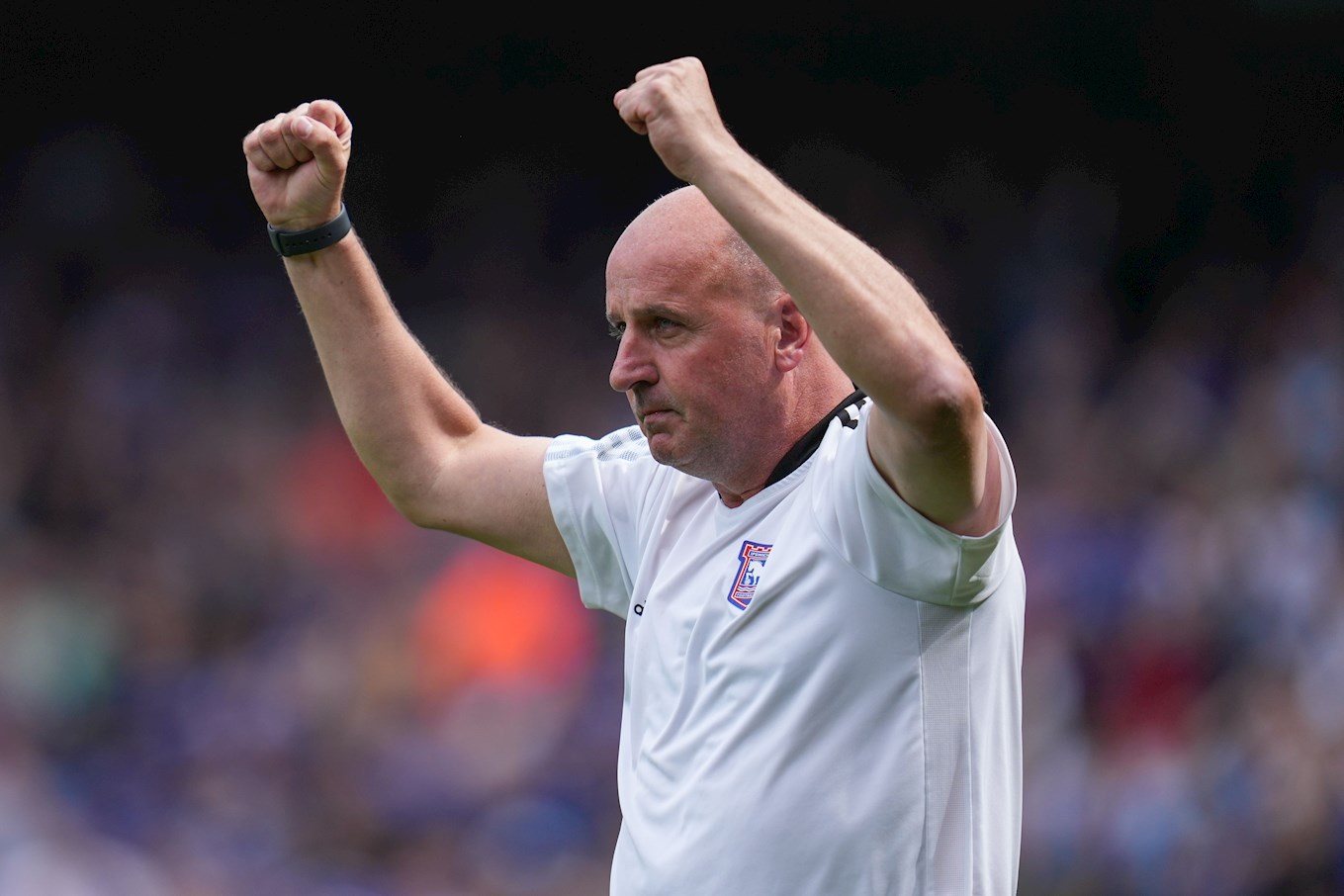 IN THE HOT SEAT - PAUL COOK

Paul Cook took the reins at Ipswich in March, having signed a contract until 2023. Under his management, Ipswich mounted a promotion push last season but fell short, finishing five points outside of the Playoff places.

The 54-year-old’s managerial career has seen him enjoy promotions at all three of his most recent clubs, most recently at Wigan, who he guided to the Sky Bet League One title in 2017/18.

Cook also had a long playing career, experiencing the Premier League with Coventry as well as spells at Wolves, Burnley and Wigan amongst others as he clocked up more than 700 first-team appearances.

The last time a County side faced Ipswich Town was all the way back in 1972, when the Blues came to south Wales in the second round of the League Cup, winning 3-0 at Somerton Park.