With less than two days until the 2021/22 Sky Bet League Two campaign gets under way, we've taken a look at Newport County AFC's opponents for the upcoming season.

Michael Flynn's men will begin their league campaign with a trip to Oldham Athletic’s Boundary Park on Saturday, and will receive the backing from travelling County supporters at a regular league fixture for the first time since 10th March 2020. Ending a 48-year drought from the Football League, the Bluebirds’ first season back in the fourth tier of English football ended with survival under caretaker boss Rob Kelly. Forward Scott Quigley became Barrow’s top scorer with 14 goals in all competitions but left the club to return to non-league with Stockport County for an undisclosed fee in July. 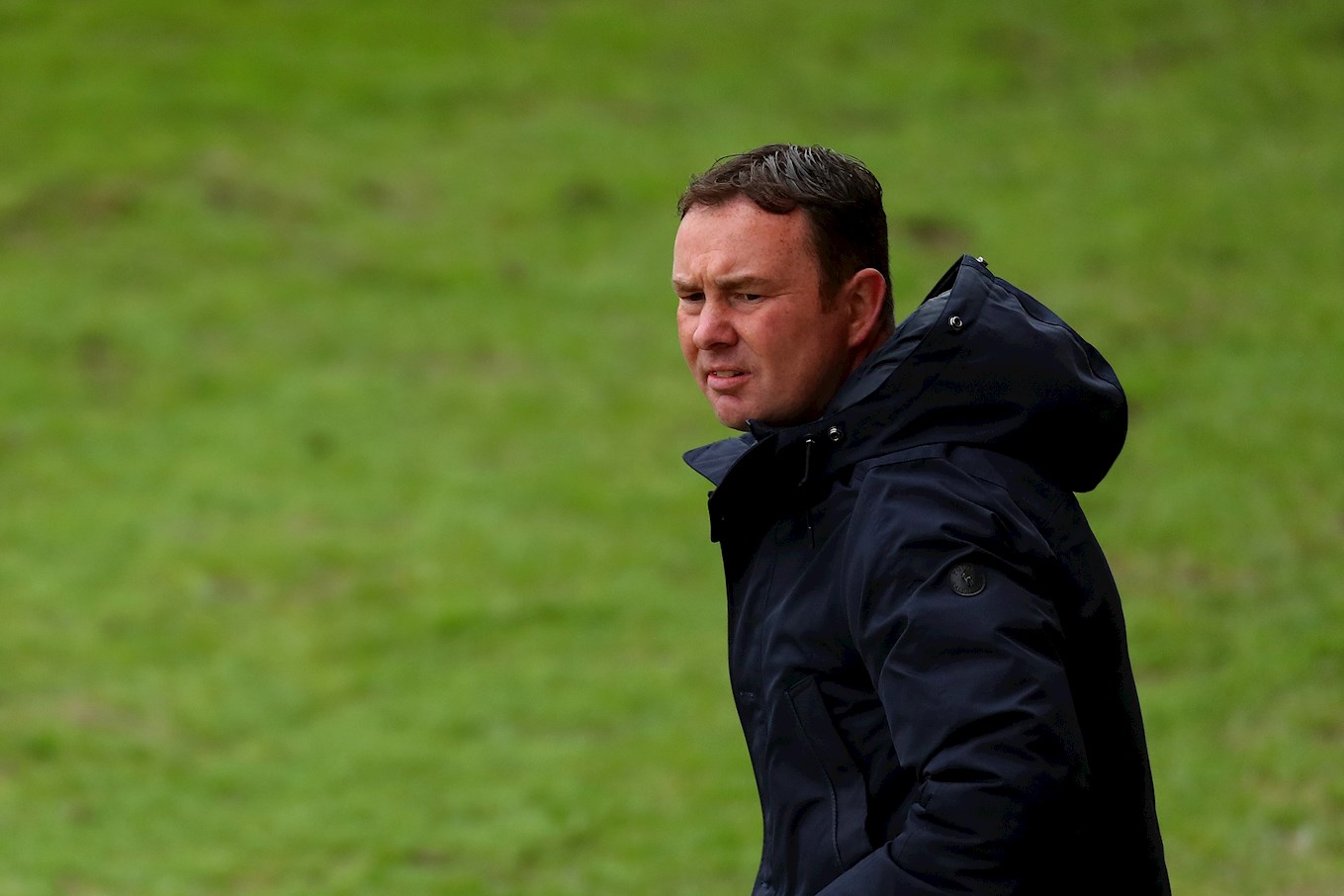 After starting last season’s campaign near the foot of the table, the Bantams picked up form under joint managers Mark Trueman and Conor Sellars during the second half of the season. In June, it was announced that former Morecambe boss Derek Adams would take the reins for the upcoming 2021/22 season. The Exiles won both the home and away ties of this fixture last season with a 3-0 away win and a 2-1 victory at the Cardiff City Stadium. 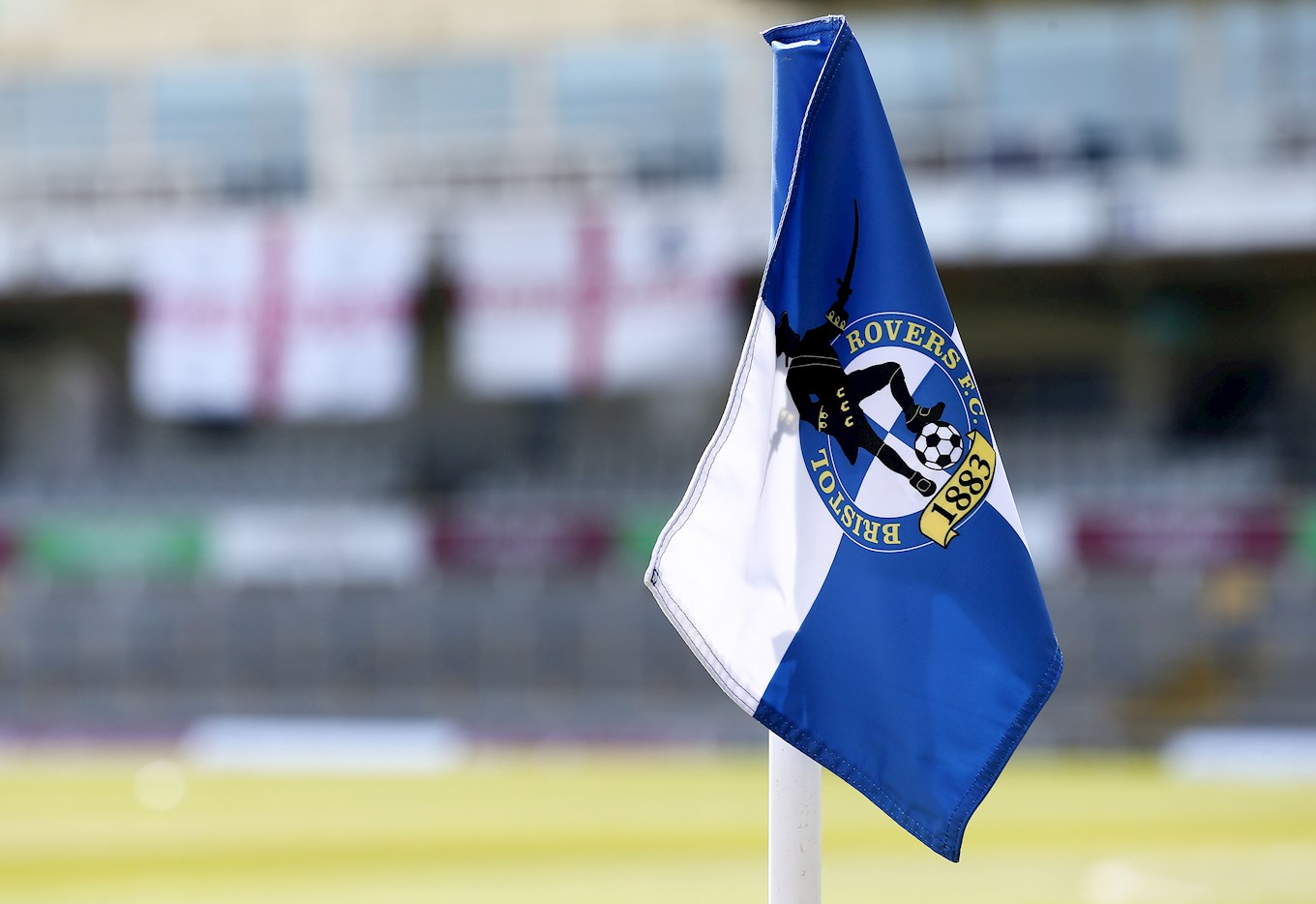 The Rovers finished bottom of League One under Joey Barton with just one win in their last 14 games of the league campaign. The Exiles will reignite the rivalry Severnside derby this season when the two face each other for the first time since 2016, when the Gas won 4-1 at Rodney Parade in their promotion campaign. 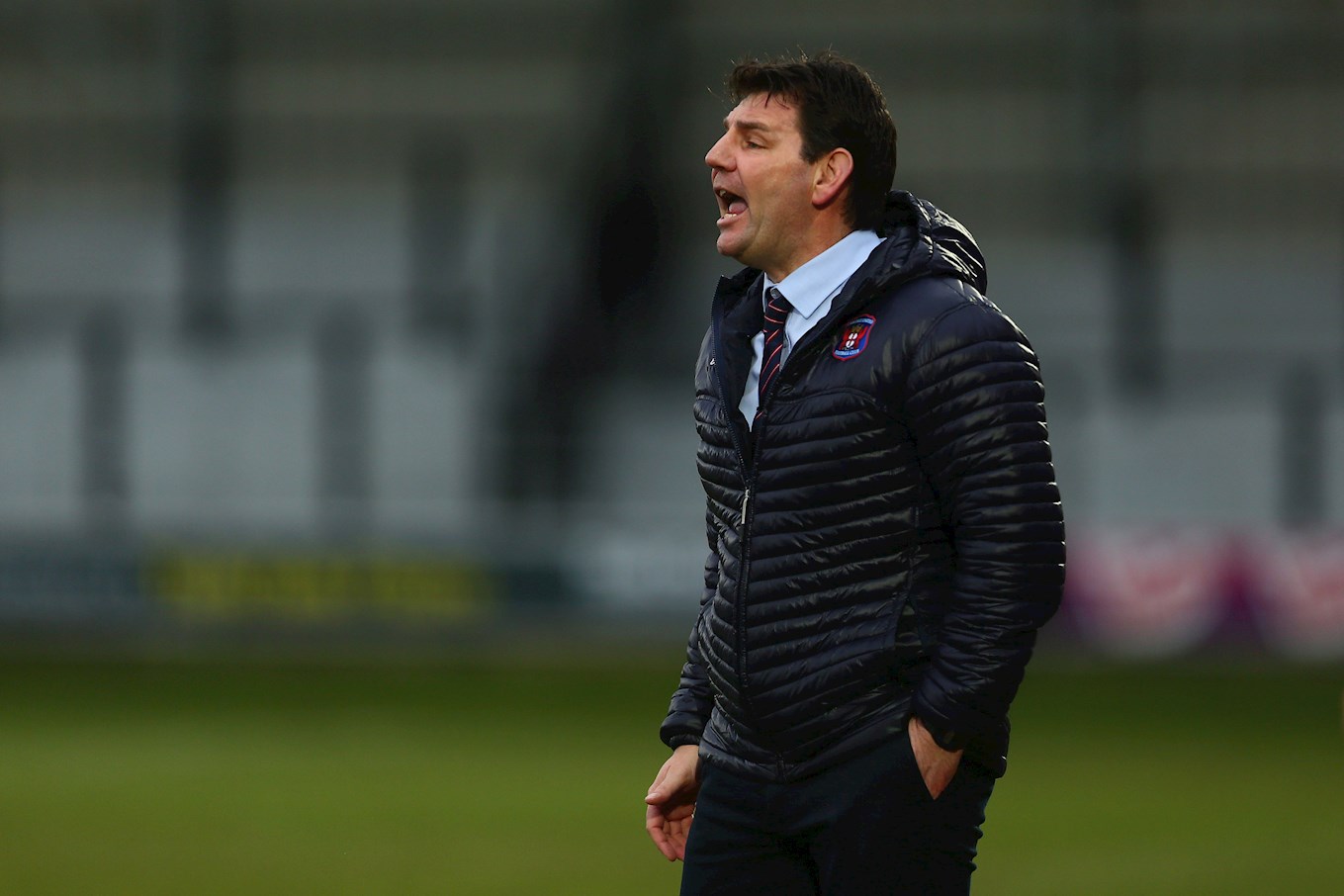 Having narrowly missed out on the play-offs last season after a stellar run of form towards the end of the campaign, Chris Beech’s men will be eager to go one step further this time around. The Exiles suffered a 3-2 loss at Brunton Park and were held to a 0-0 draw at home last season. 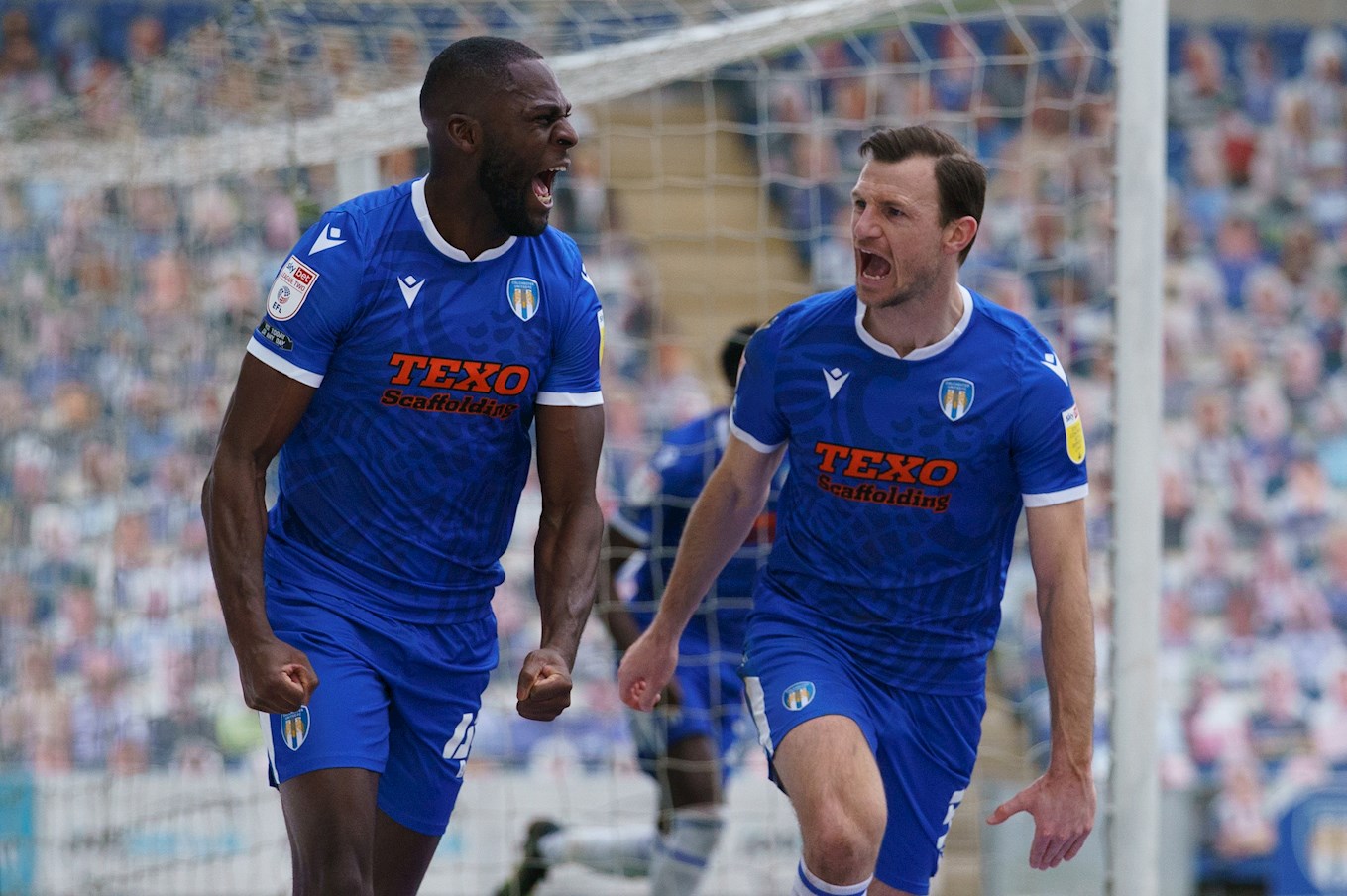 Colchester endured an underwhelming League Two campaign last season as the U’s had a dip in form during the winter period which set the tone for their remaining fixtures. Jevani Brown ended the 2020/21 season as the club’s top scorer with 11 goals in all competitions, including a strike against the Exiles in October 2020. Brown departed the U’s for fellow league rivals Exeter City in June. 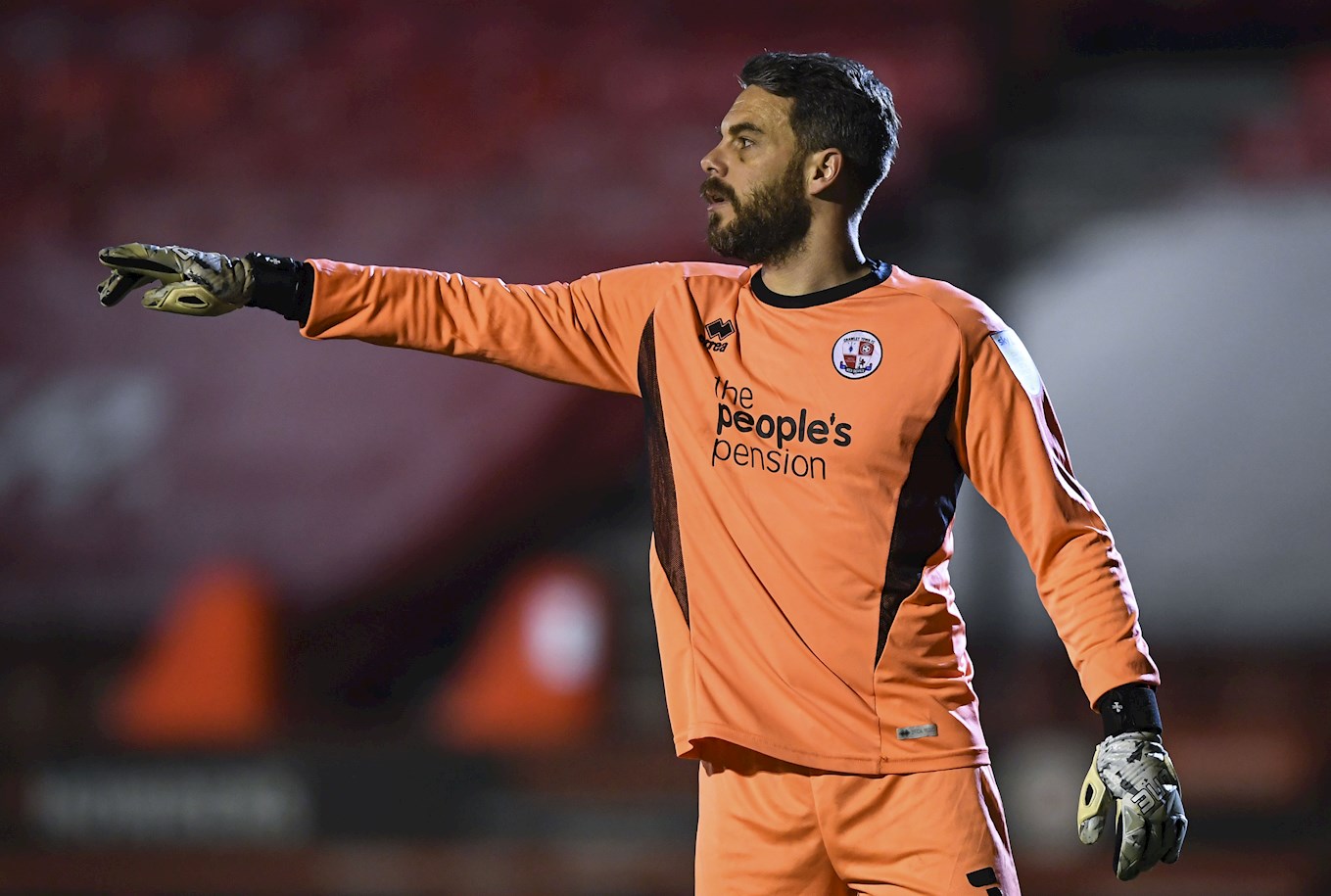 The previous campaign proved to be a rollercoaster for the Reds as they reached the fourth round of the FA Cup beating Premier League side Leeds United along the way and missed out on the play-offs after losing top scorer Max Watters in the January transfer window to Cardiff City. The Exiles were unbeaten against the Reds last season with one win and one draw against the West Sussex side. The Grecians narrowly missed out on the top seven on the final day last season and after managerMatt Taylor’s recruitment in the transfer window this summer, the Devon side are now one of the favourites to gain promotion to League One this season. The two sides couldn’t be separated last season with draws home and away. The Rovers were knocked out of the League Two play-offs by the Exiles last season after a nail-biting second leg in Gloucestershire. Since then, Forest Green have appointed former England and Wolverhampton youth boss Rob Edwards as their manager and are one of the favourites to gain promotion to the third tier. Harrogate’s first season in the EFL finished with them sitting comfortably with 57 points, 12 points above the relegation zone under Simon Weaver. The 43-year-old manager, who has been in charge of the Sulphurites since 2009, will lead Harrogate into their second EFL season where they will be looking to gradually improve their previous campaign. 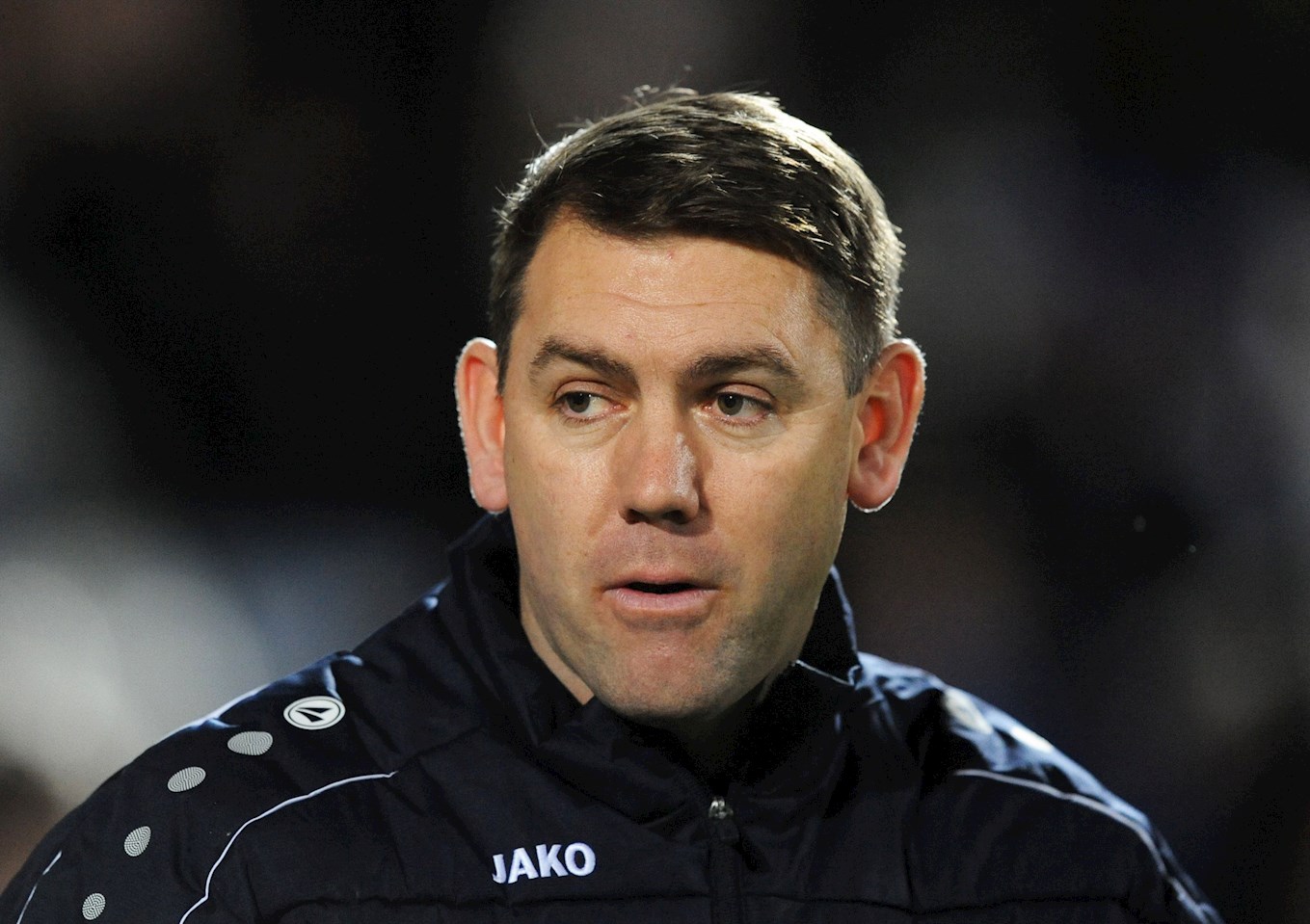 It’s been four years since Hartlepool were relegated on the final day of the 2016/17 season as the Exiles pulled off ‘The Great Escape’ but the Pools have now returned to the EFL through the route of the National League play-offs. The North East side will want to ensure that their return to the Football League is not a short one as Challinor’s men will be aiming for a comfortable mid-table finish this season. 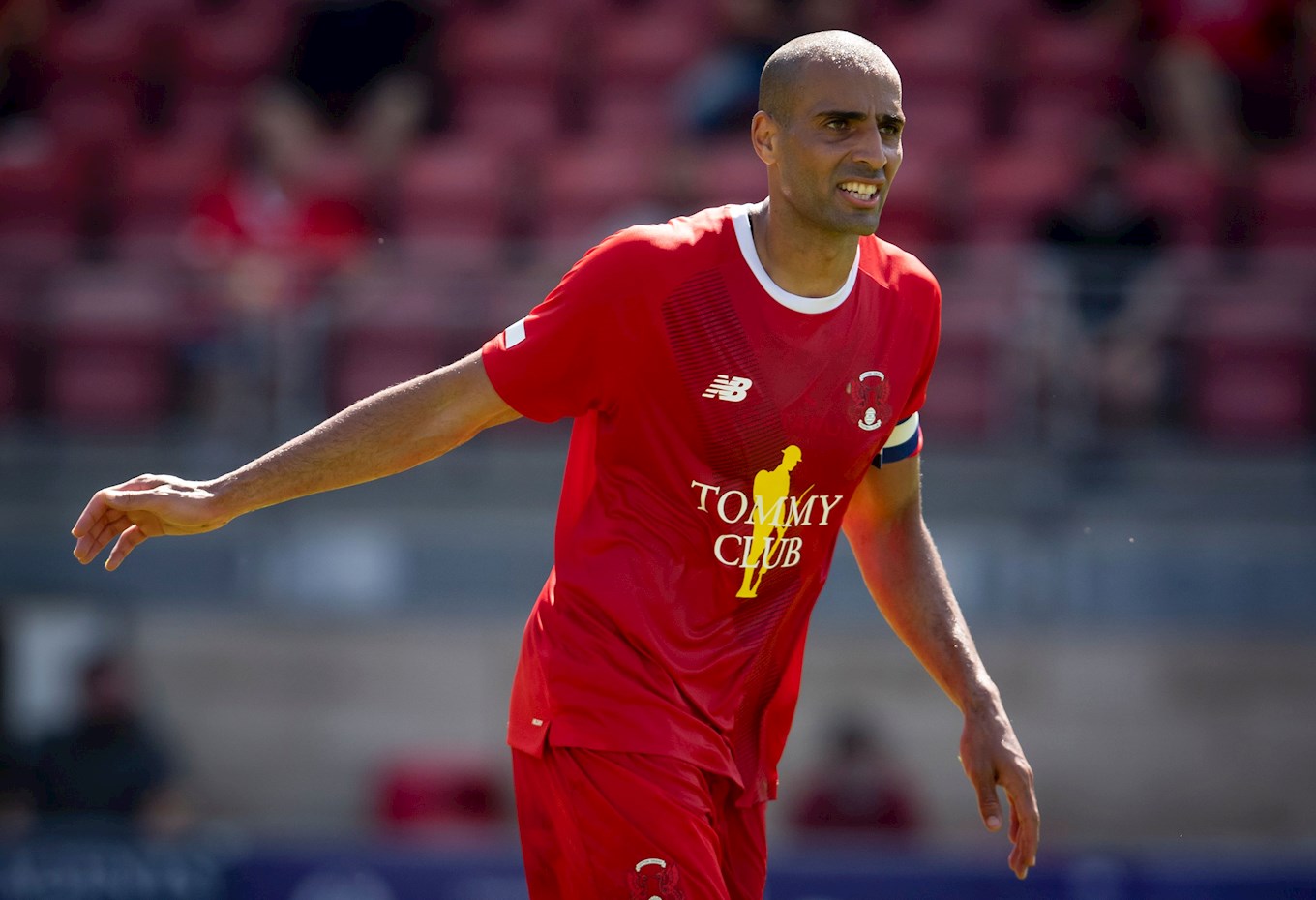 The Exiles and Leyton Orient will always share a bond due to the legacy of the late great Justin Edinburgh, who led both clubs into the EFL. Last time out, the O’s took the whole three points with a win at the Cardiff City Stadium with former Exile Conor Wilkinson netting the only goal of the game. With new manager Kenny Jackett at the helm, the O’s will be on the hunt for something a bit more nail-biting than another mid-table finish. 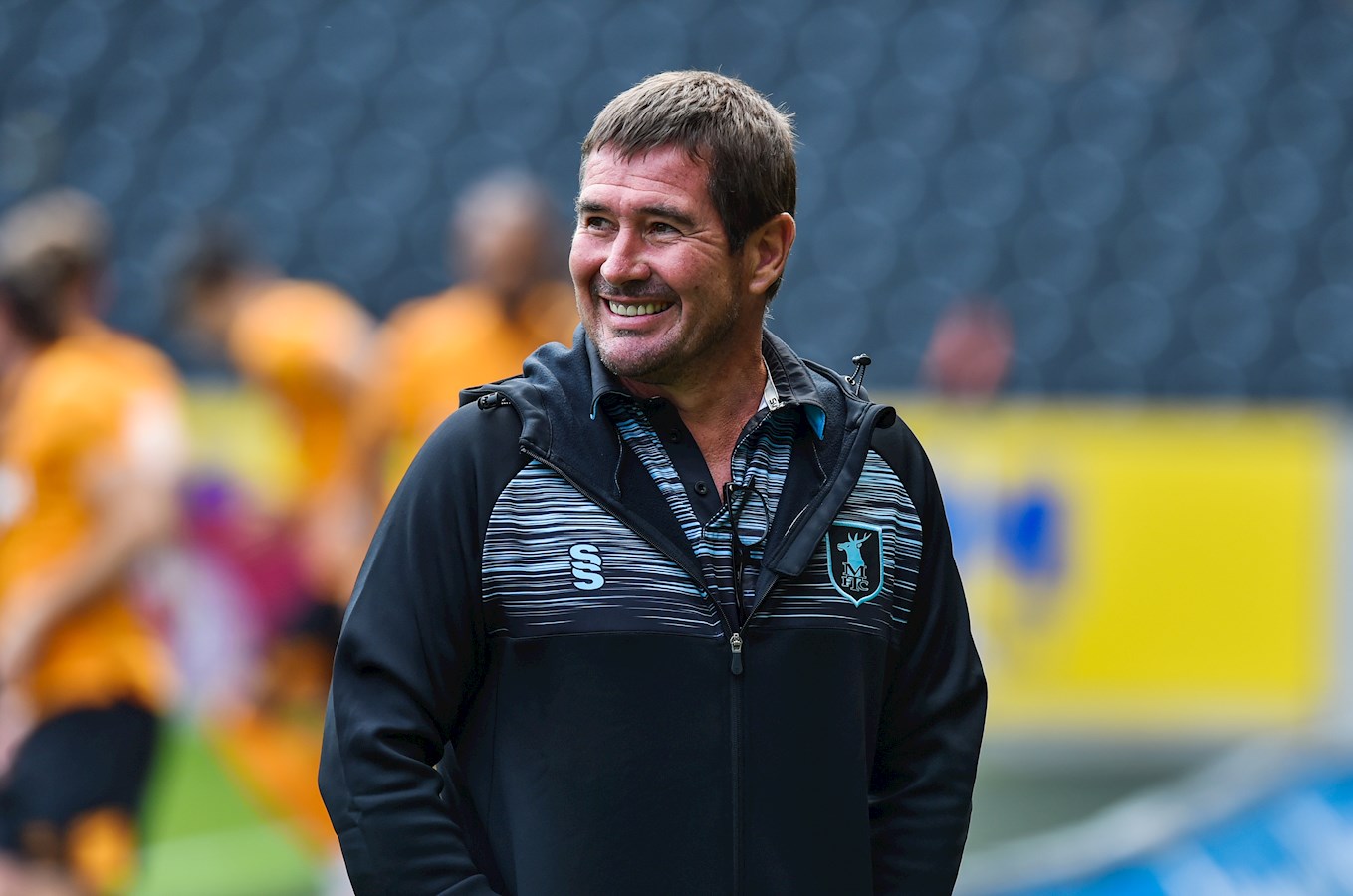 A late Matty Dolan penalty wrapped up the three points against the Stags at home last season but since then, Nigel Clough has taken over the Nottinghamshire side and finished the 2020/21 campaign with four wins in the last five games, a record that they will want to continue into this season. The Cobblers gained promotion to League One through the play-offs in 2020 but have made an immediate return to League Two. Keith Curle was previously at the helm but former Northampton academy boss Jon Brady will take the reins ahead of the upcoming season. The Cobblers will be without top scorer Ryan Watson for the campaign but nevertheless they will be pushing for another promotion back to the third tier. 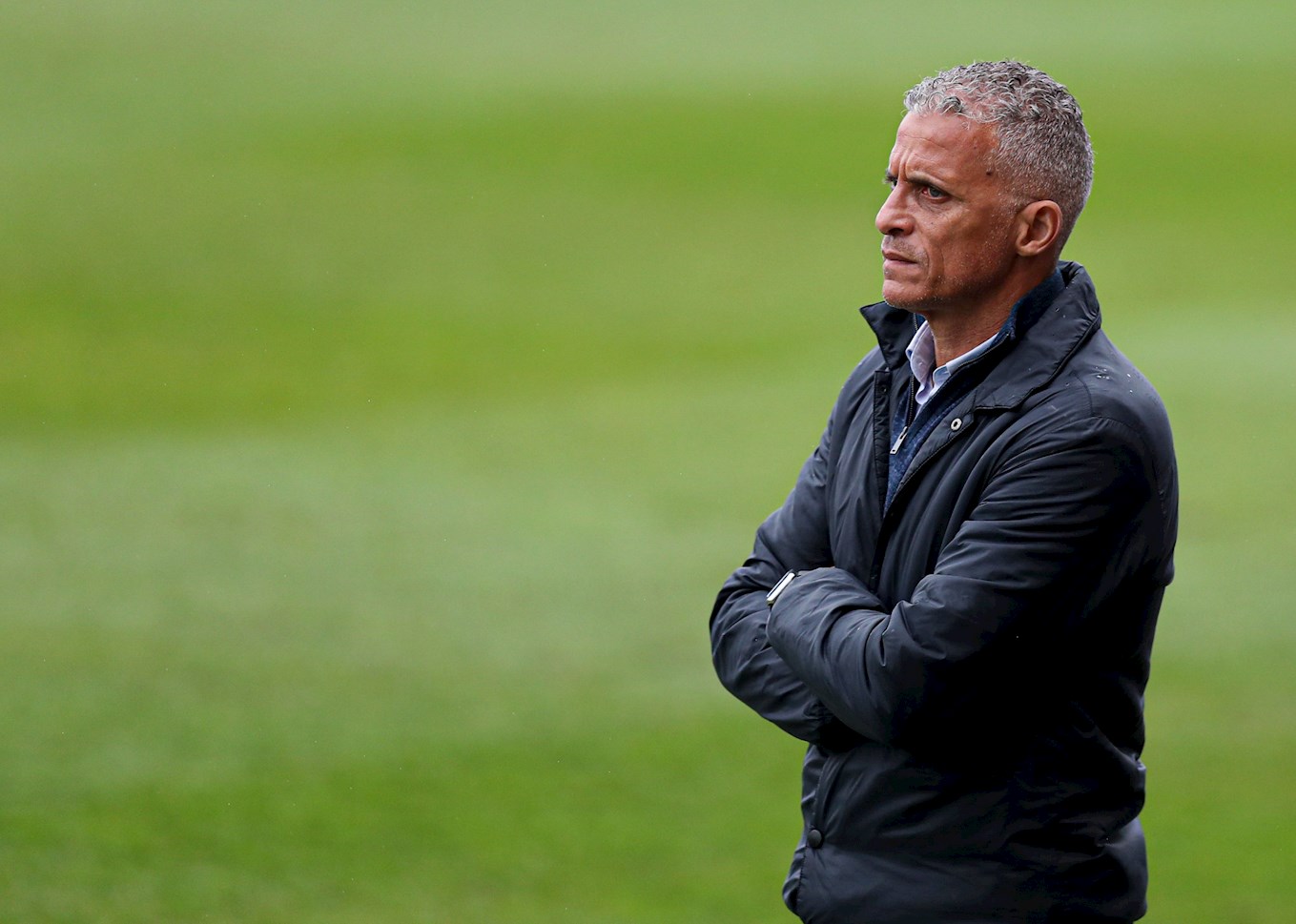 Last season, the Latics finished as League Two’s second highest scorers but they also conceded the most amount of goals in a topsy-turvy campaign. The Greater Manchester side got the better of the Exiles on both occasions last season with two losses at home and away. 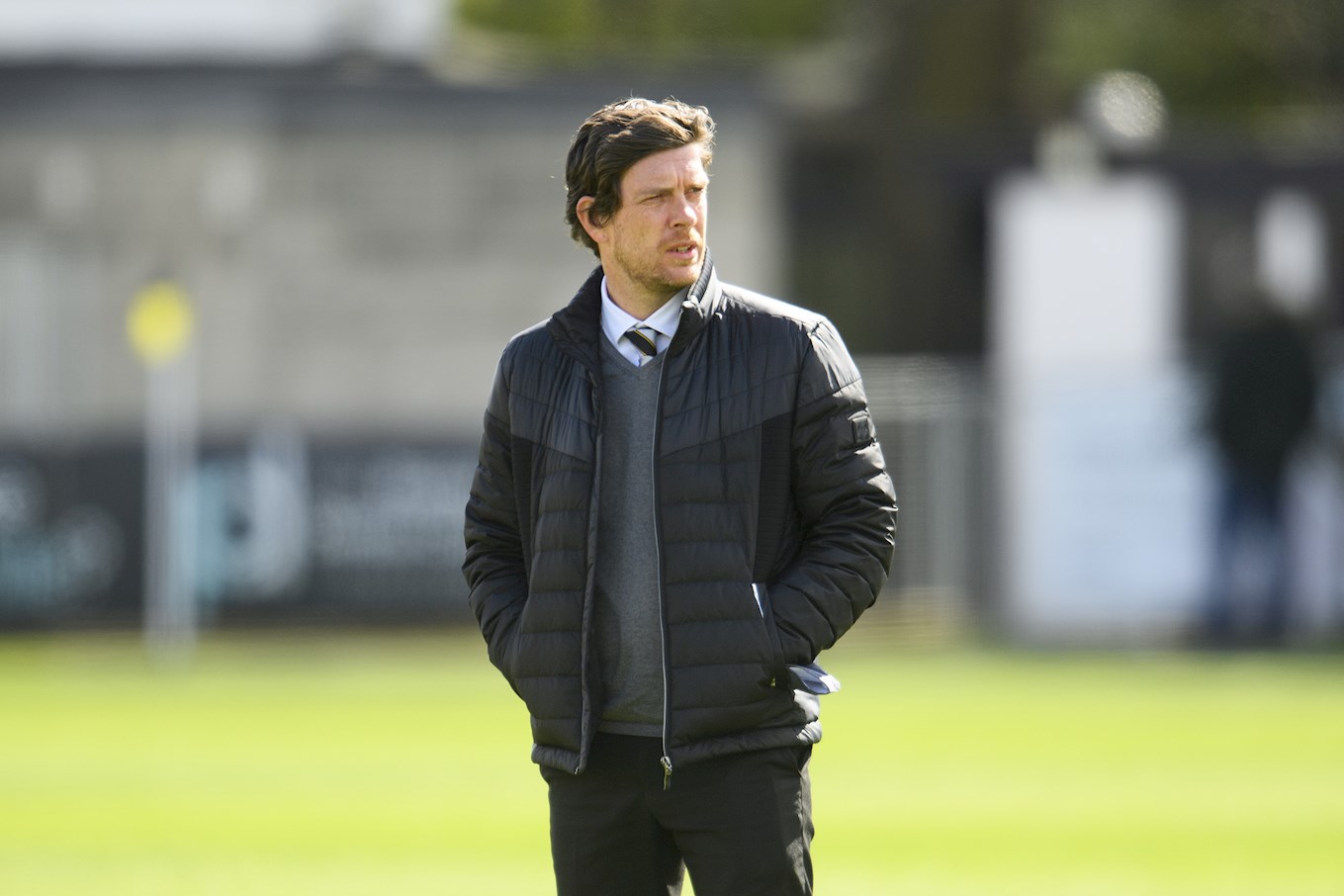 The Exiles were unbeaten against the Valiants since 1987 until the last meeting between the two sides in March which sparked a run of eight wins in nine towards the back end of the season. Manager Darrell Clarke will be hoping to bring their fine form into the next campaign and potentially finish inside the top seven. 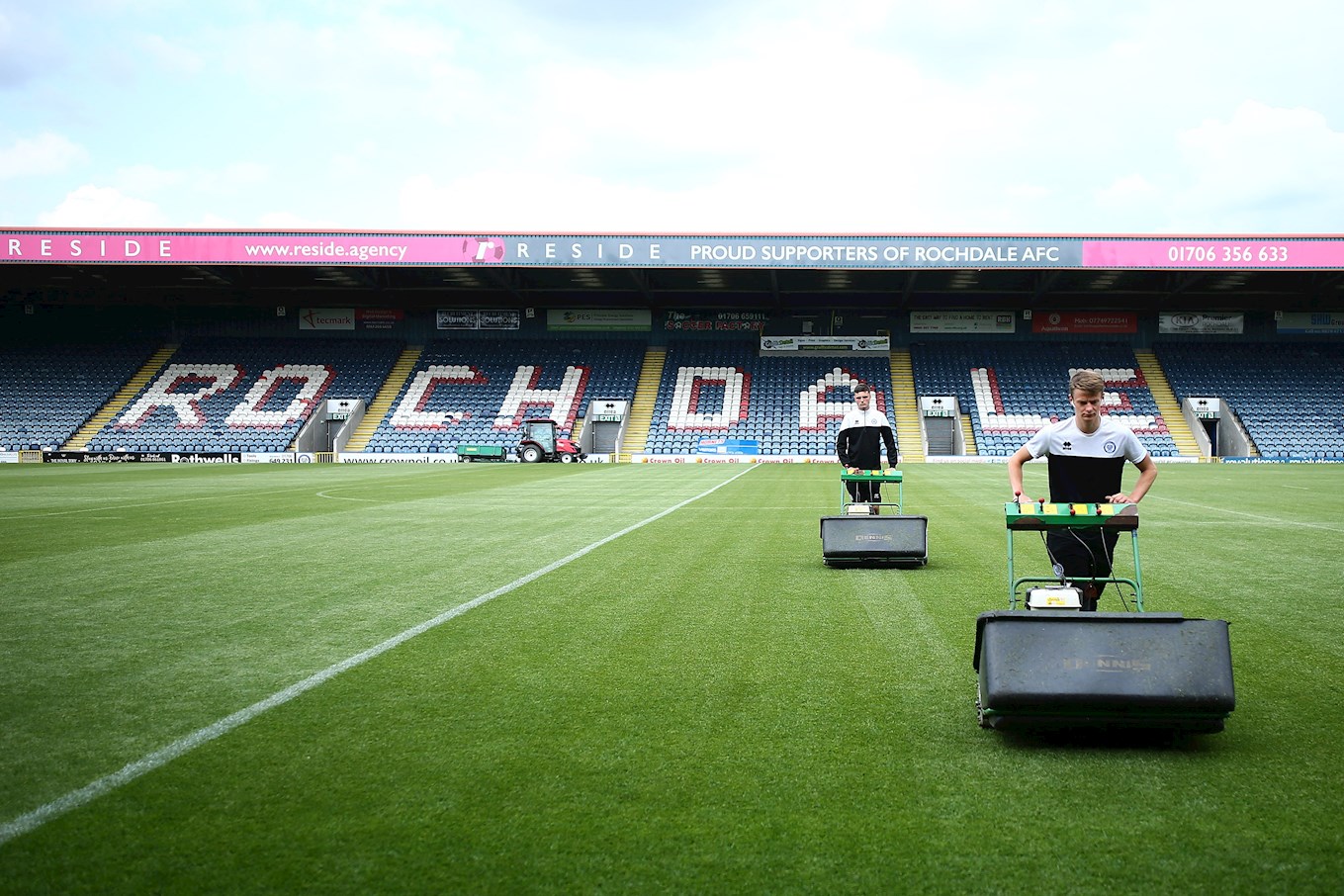 After seven seasons in League One, the Dale have returned to the fourth tier for the first time since the 2013/14 season - the Exiles’ first season back in the EFL after 25 years. Despite finishing in the relegation zone, the Dale ended their campaign with just one loss in their final seven games, picking up four wins in the process. Salford came agonisingly close to securing a play-off spot last season, but with the recruitment of former Exiles Tom King and Liam Shephard - among others - the Ammies are now hot favourites for the League Two title and promotion. It’s been a rather underwhelming few seasons for Scunthorpe in recent times, finishing 20th and 22nd in the last two campaigns. Lewis Collins netted his first professional goal against the Iron the last time the two sides met in a 4-0 hammering at Rodney Parade. A poor run of form towards the end of the season almost saw them drop into the National League but they survived the drop by three points. Alex Revell’s first full season in charge of Stevenage ended with a comfortable mid-table finish, but there’s no doubt that the 38-year-old manager will want to go one step further and challenge amongst some of the favourites in the league. 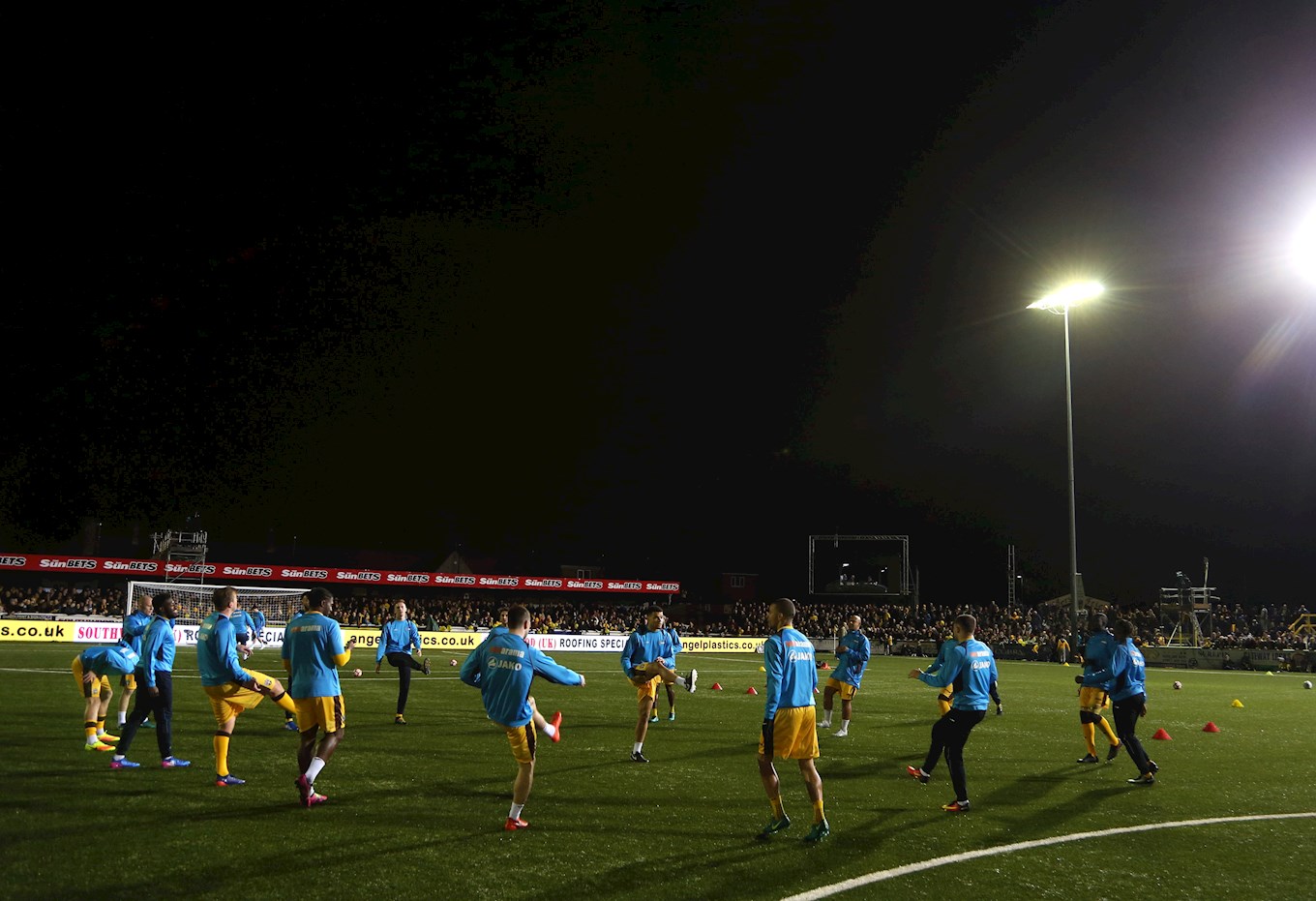 Sutton gained promotion to the Football League for the first time in their 123 year history when they won the National League title last season and will face-off against the Exiles since the two sides were last in the Conference South. The fans, players and staff will be hoping the removal of the artificial pitch will not affect their performances on the pitch this season as the Yellows battle for survival in League Two. After just one season in the third tier, the Robins suffered an immediate return to League Two. Former Exile Scott Twine returned to Swindon in January 2021 to help the Wiltshire side battle against the drop but it was a 23rd-placed finish in the end for Swindon. The Whites were knocked out of the play-offs by Morecambe last season as their hopes of returning to League One at the first time of asking faded away. However, this time around, Micky Mellon’s men will fancy their chances with an automatic promotion battle. Former Exiles skipper Joss Labadie netted the only goal in a 1-0 win in Walsall in the last meeting between the two sides. Fast forward to the present day and Labadie has now taken the armband at Walsall as the Saddlers look to have dramatically improved their squad depth heading into the 2021/22 season.