Newport County AFC will be looking to return to winning ways when they travel to the Banks’s Stadium to take on Walsall on Wednesday evening.

County are coming off the back of a defeat against promotion-chasing Forest Green Rovers and will be keen to rediscover the form of earlier in the season. The Saddlers, meanwhile, will be aiming to achieve the first win under new management.

Walsall currently sit in 14th place in the Sky Bet League Two table with 37 points from 28 matches. The Saddlers have won eight times this season, drawn 13 and lost seven times.

The Saddlers began the season with seven draws out of their opening ten matches, picking up two wins. Their best spell came in December, where they won four games in a row to take them away from the relegation places.

Walsall have recently had to deal with the loss of manager Darell Clarke to Port Vale, and have appointed Brian Dutton until the end of the season. They will be looking to secure the first win of his tenure on Wednesday.

Newport County manager Michael Flynn will now have Scot Bennett back in contention after his suspension ended. Liam Shephard was brought straight back into the starting squad on Sunday, so we could see a repeat.

Walsall will be unable to call upon key midfield man Liam Kinsella after he was sent off in their 1-1 draw with Stevenage.

One to watch – Caolan Lavery

Northern Irish striker Caolan Lavery joined Walsall in 2019 and currently has six goals and two assists in all competitions so far this season, with five of his goals coming in the league.

His league goals have all been key, with his strike at Forest Green and his double at Barrow securing a draw on both occasions. He has netted in the Saddler’s last two fixtures, stepping up after his side lost their top scorer Elijah Adebayo to Luton Town.

The Canadian-born forward started his career with Sheffield Wednesday and is one of few players to have also represented their city rivals Sheffield United. Lavery has also played for Southend, Plymouth, Chesterfield, Portsmouth, Rotherham and Bury.

Brian Dutton was appointed as head coach at Walsall until the end of the season after the departure of Darell Clarke to Port Vale. The 35-year-old had been assistant manager under Clarke.

Dutton is still searching for his first win after his first match in charge ended in a narrow defeat to Cheltenham, however he picked up his first point on the weekend away at Stevenage.

The Englishman started coaching in 2017 after his playing career, beginning with U23 assistant at Bristol Rovers. He was quickly promoted to first-team duties, where he worked under Darrell Clarke, before leaving for Walsall in 2019.

The previous meeting between County and Walsall came in November at Rodney Parade, where two goals in three minutes saw the points shared.

The visitors took the lead after 21 minutes through Elijah Adebayo, before Scott Twine levelled the scores minutes later with a powerful 35-yard strike.

Twine and Matty Dolan both had chances to win it for the Exiles, but Walsall held on to leave Rodney Parade with a point. 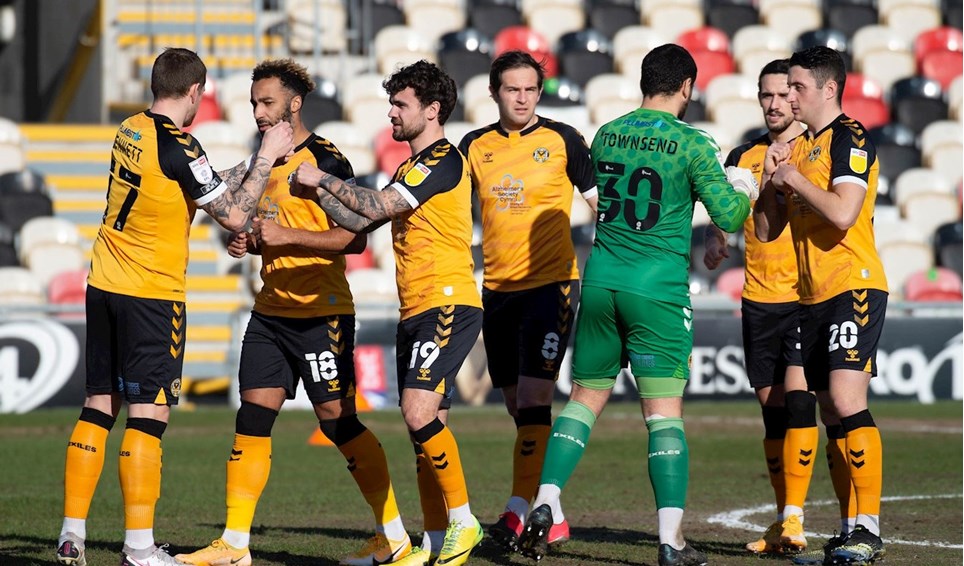 
A trip to Prenton Park is up next for Newport County AFC as they take on fourth-placed Tranmere Rovers in Sky Bet League Two.


Newport County AFC will be hoping to make it back-to-back wins on Saturday when Stevenage are welcomed to Rodney Parade. 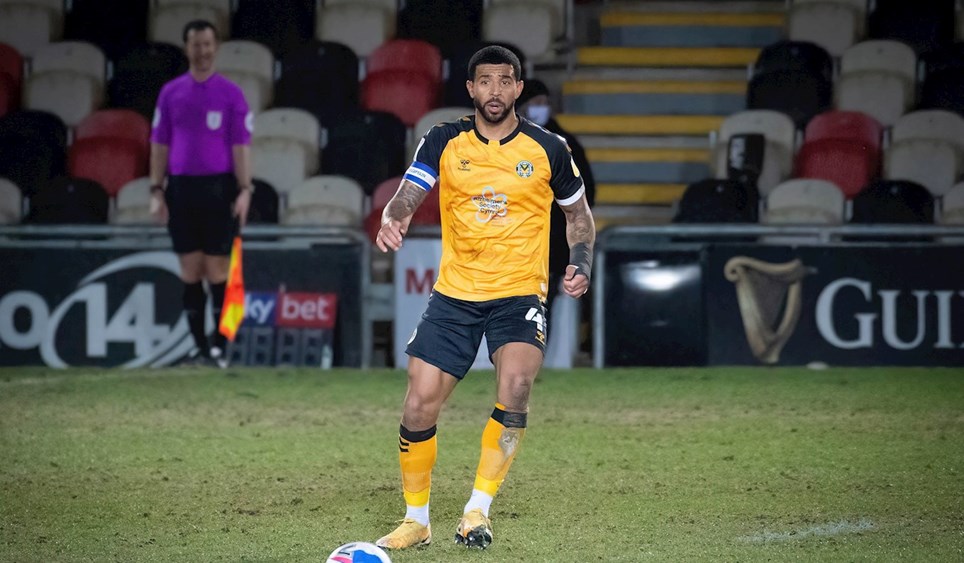 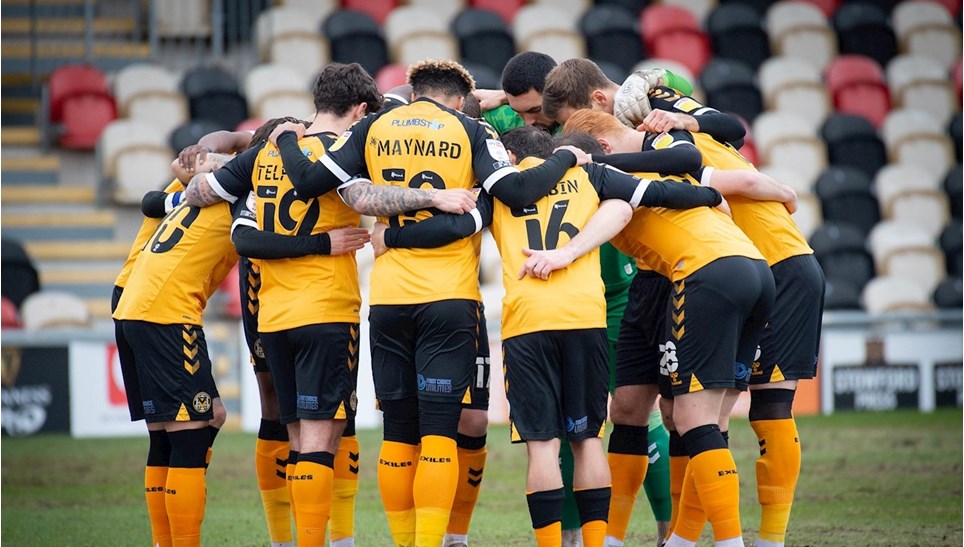 
Newport County AFC will be looking to bounce back at the first time of asking when they welcome Exeter City to Rodney Parade on Tuesday evening.