Dane Scarlett hit five goals as Tottenham Hotspur came from behind to inflict a 6-2 defeat on Newport County AFC in a dramatic FA Youth Cup tie.

The Exiles put up a strong performance against the Premier League side's young guns and held a two-goal advantage in the first half after goals from Lewys Twamley and Sonny Lewis.

But Scarlett, who made his first-team debut under Jose Mourinho in Spurs' Europa League clash against Ludogrets in November, netted a hat-trick in 32 minutes to turn the tie on its head.

Roshaun Mathurin added a fourth for the home side with 13 minutes left on the clock, and there was still time for Scarlett to add two more to his tally as Spurs booked their place in the fourth round of the competition.

The home side, expectedly, dominated the early proceedings and enjoyed two opportunities in quick succcession to make their early pressure count. Scarlett's goal-bound effort almost caught County off guard as he turned and found space in the penalty area, but Woodiwiss threw his body in the way to send the ball wide of the target.

It served as an early warning side for County as Scarlett continued to threaten for the home side and, after connecting with a free-kick in the penalty area, the striker brought another save out of Ovendale in the County goal.

Despite having their backs against the wall, the Exiles soaked up the pressure from the hosts and carved out their first chance of the afternoon, which resulted in the opening goal. After getting the better of his marker, Twamley squeezed an effort past Thimothee Lo-Tutala at his near post to give Flanagan's side a shock lead.

The goal came against the run of play, but County had their second within four minutes of the restart after Hillier and Lewis combined, before the latter rifled beyond Lo-Tutala to put County two goals to the good.

But Spurs hit back within four minutes remaining of the first half when Scarlett - the man who looked most likely to find the home side's opener - nodded beyond Ovendale from close range to halve the deficit.

Hillier had the opportunity to restore County's two-goal advantage on the stroke of half-time, only to see his effort kept out by Spurs goalkeeper Lo-Tutala, who atoned for his earlier error.

The home side began the second period in the same way they started the first as Jeremy Kyezu went close to drawing Matt Taylor's side level. County were fortunate to escape on that occasion, but there was little Ovendale could do to prevent Scarlett from drawing the hosts level when he pounced on a loose ball and fired home.

The striker completed his hat-trick with 18 minutes left on the clock after prodding Mathurin's cross beyond Ovendale with a clever finish.

Mathurin then got among the goals himself when he fired into the top corner before Spurs were awarded a penalty after Callum Ryan-Phillips brought down Scarlett inside the area. The striker stepped up and made no mistake from 12 yards to ensure there would be no way back for County.

Mathurin turned provider for a second time in stoppage time as his delivery picked out the run of Scarlett, who smashed the cross into the bottom corner to round off a dramatic cup tie. 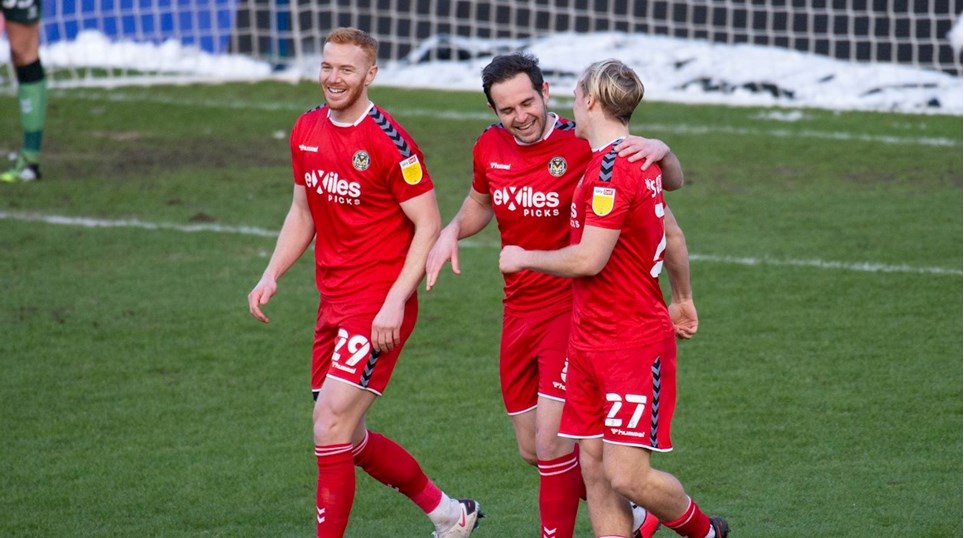 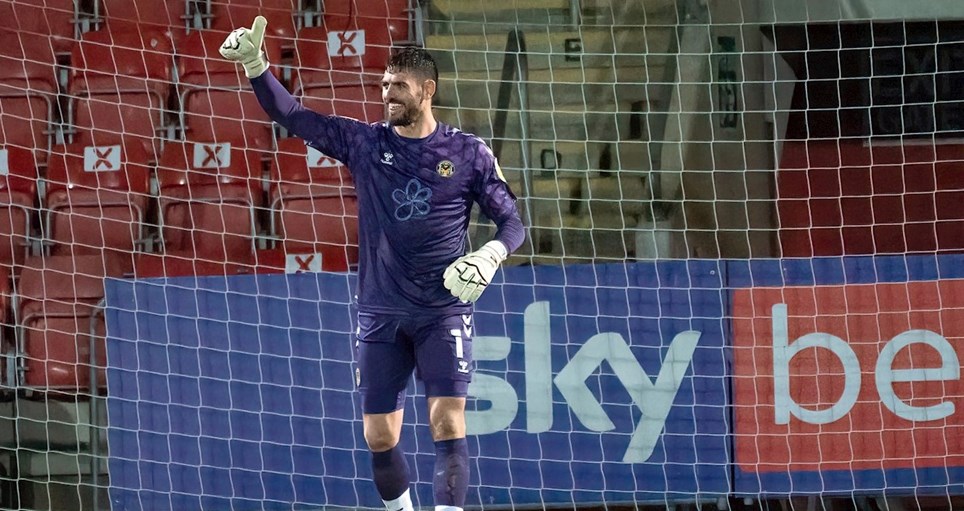 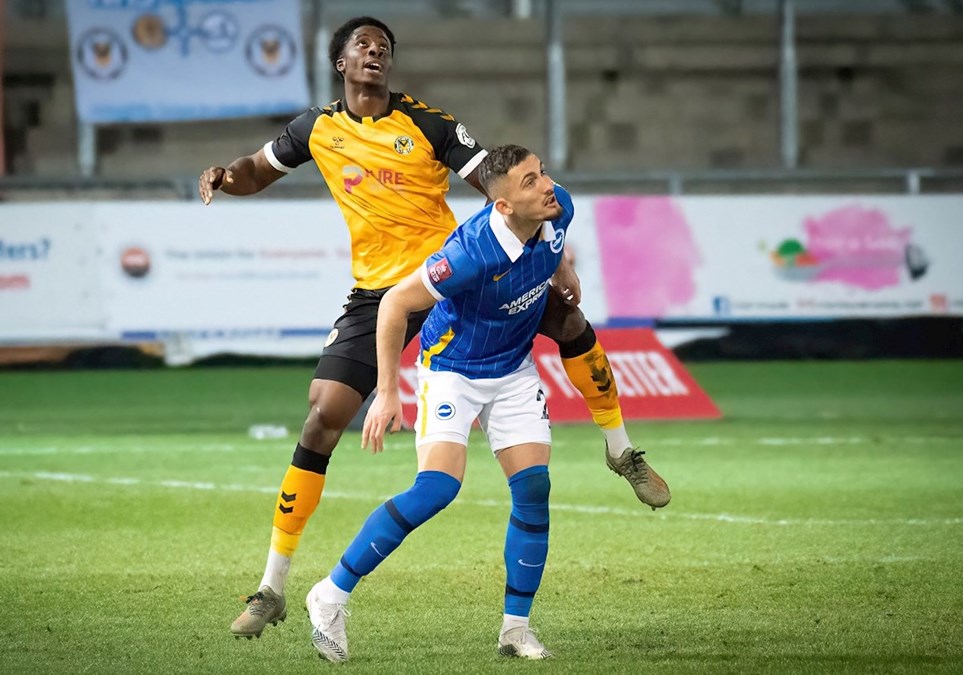 
It was penalty heartbreak for Newport County AFC as they took Premier League Brighton & Hove Albion all the way to spot-kicks before narrowly losing the shoot-out 4-3.