The Exiles travel to Lancashire this weekend as a trip to Accrington Stanley awaits this Saturday. It is a trip that the Exiles have made with remarkable success over recent years, although Stanley will be determined to end that streak following their shock Emirates FA Cup exit in midweek. 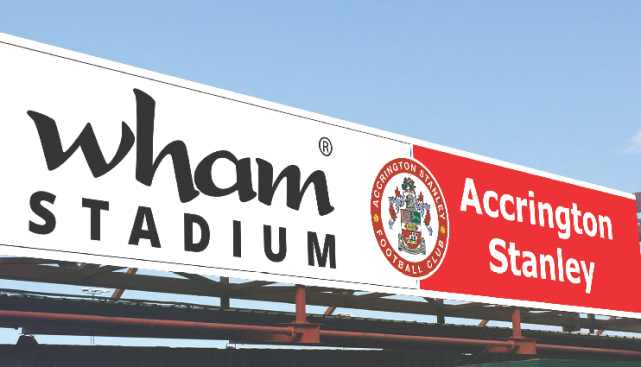 Accrington are one of the form teams in League 2 having picked up 10 points from the last 18 available, following three wins, a draw and two defeats from their last six league encounters.

That would leave them sixth in the form table over the last six meetings, in a run stretching back to 7th October.

A defeat actually starts that run, in what was their second home loss of the season as Luton Town won 2-0 at the Wham Stadium.

They put that right in their next home match, however, as Sean McConville scored the only goal of the game in a 1-0 success against Coventry City.

But they were on the wrong end of a five-goal thriller in their game at Stevenage. Goals from Jordan Clark and Billy Kee had put them 2-1 up until the 83rd minute, only to surrender the lead and lose 3-2 against the Boro.

Back-to-back wins then followed, starting with a 2-0 success at Crewe Alexandra. The same combination of Clark and Kee scored for a second successive game for Stanley.

And they extended that run to three league games as both scored again in a convincing home victory over Barnet, with Sean McConville and Kayden Jackson also netting in the 4-1 success.

In their last league match, Stanley drew 0-0 at Cambridge. Kee hit the underside of the crossbar with a scintillating 50-yard drive late on as both teams had to settle for a point.

All this sees Accrington sitting in second place in the League 2 table ahead of our encounter, just a solitary point off league leaders Notts County.

Stanley manager John Coleman has a fully fit squad to choose from after his players came through their most recent matches unscathed.

The Lancashire outfit last played on Tuesday in an FA Cup First Round replay against National League Guiseley. And the positive for the Exiles will be that Stanley were taken all the way to a penalty shootout in the game, as they lost 4-3 on spot kicks.

Despite playing lower league opposition, Coleman only made the two changes to the side from the team chosen to play against Cambridge last weekend.

Therefore, it is expected that this weekend’s squad will be composed of the players used over the past week.

One to Watch – Billy Kee 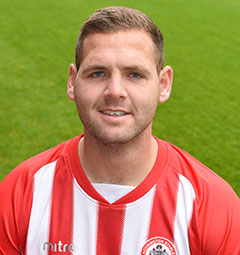 Stanley striker Billy Kee has made a fast start to the 2017/18 season and currently sits top of the League 2 scoring charts alongside Wycombe’s Adebayo Akinfenwa.

That means he has ten league goals already this campaign, 11 including cup competitions, starting with a goal on the opening day at home against Colchester United.

Five of his goals have come at the Wham Stadium, with further strikes coming over Mansfield, Carlisle, Barnet and in the EFL Cup against Preston North End.

Add to that his double at Port Vale, alongside goals against Morecambe, Chesterfield, Stevenage and Crewe then you have one of the in-form strikers from the division so far this campaign.

He has, however, failed to score in his last four appearances in all competitions, including missing a penalty in Tuesday’s shootout, which is his worst goal drought of the season.

Kee recently signed a new contract at Accrington, until 2021, as he continues his good form at the club he joined permanently in 2015.

That followed a loan spell in 2009 and Kee has scored 52 goals combined over the two stints with Stanley.

His first spell at the club came whilst with his first professional club, as Kee came through the academy ranks at Leicester City.

The 26-year-old never made an appearance at the club, however, and joined Torquay United following that loan spell with Accrington.

He scored ten goals in his first season from 50 appearances, before falling out of favour at the club and moving to Burton Albion for a fee believed to be £20,000.

Three seasons were spent with the Brewers in League 2, scoring an impressive 42 goals, before moving onto Scunthorpe United for an undisclosed fee.

Kee didn’t particularly settle at the club, however, and following a loan spell at Mansfield Town signed permanently at the Wham Stadium two years ago. 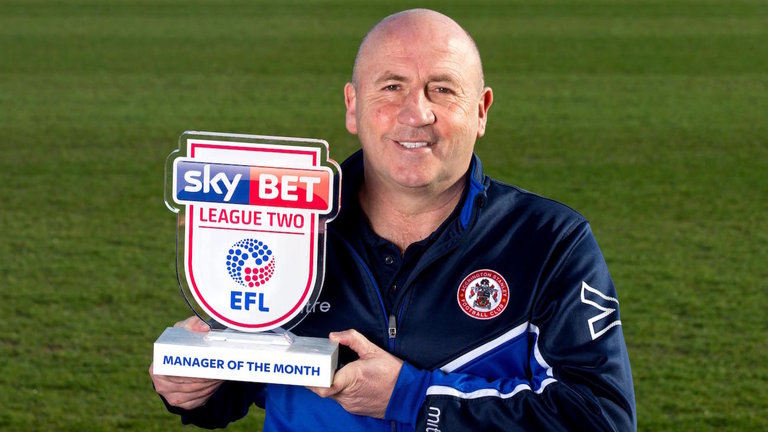 That win percentage is slightly higher than during his first spell in charge at the Lancashire outfit, although Coleman did manage over 400 more games first time around.

And Accrington are the only club where Coleman has won any trophies.

The Conference title followed in 2006, as Coleman led the side back into the Football League.

His other management jobs saw him start out at Ashton United as player-manager. The 12-year spell at Accrington then came before he took the job at Rochdale.

Brief spells at Southport United and Sligo Rovers came after his dismissal at Rochdale, before returning to Stanley two years ago.

Prior to management, Coleman had a highly successful playing career spanning two decades. In fact, he is one of the most prolific non-league goal scorers ever, with over 500 goals to his name, at clubs including Southport, Morecambe and Macclesfield Town.

That impressive goal tally saw him earn many player of the year awards for the clubs he played for, as-well as several caps for the England ‘C’ team. 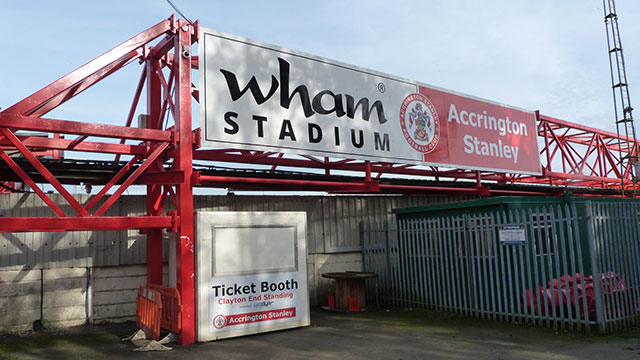 The Wham Stadium has been home to Accrington Stanley since it’s opening in 1968.

It has a capacity of just over 5,000 and is currently the smallest stadium in the Football League.

Exiles fans will be positioned in the Coppice End behind one of the goals where up to 1,800 away fans could be accommodated.

92 County supporters were present for the first trip to the Wham Stadium on 11th January 2014 while 158 made the trip to see Graham Westley’s first win at the club on 29th October 2016. 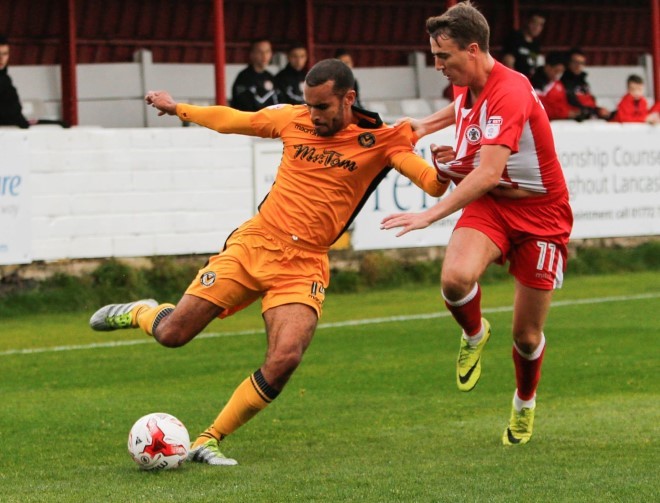 The Exiles have met both the original and newly formed Accrington Stanley on several occasions.

Stanley were first formed in 1891 before going bankrupt in 1966. Two years later, the new club was formed under the same name.

Combined, the two sides have met on 12 occasions. And it is County who have the better head-to-head record. The Exiles have won five of the previous meetings, while there has been a further five draws and two wins for Accrington.

That sees County unbeaten on their travels to Accrington, including the first ever meeting between the sides on 27th August 1958, a 2-2 draw in Lancashire.

Three further meetings came before Accrington's bankruptcy with the two sides meeting again in each of the past four League 2 seasons.

County won both meetings last season, including a 1-0 victory at Rodney Parade in April, that took County out of the relegation zone for the first time since November and halted Accrington’s unbeaten record of 15 matches (Nine wins, six draws.) 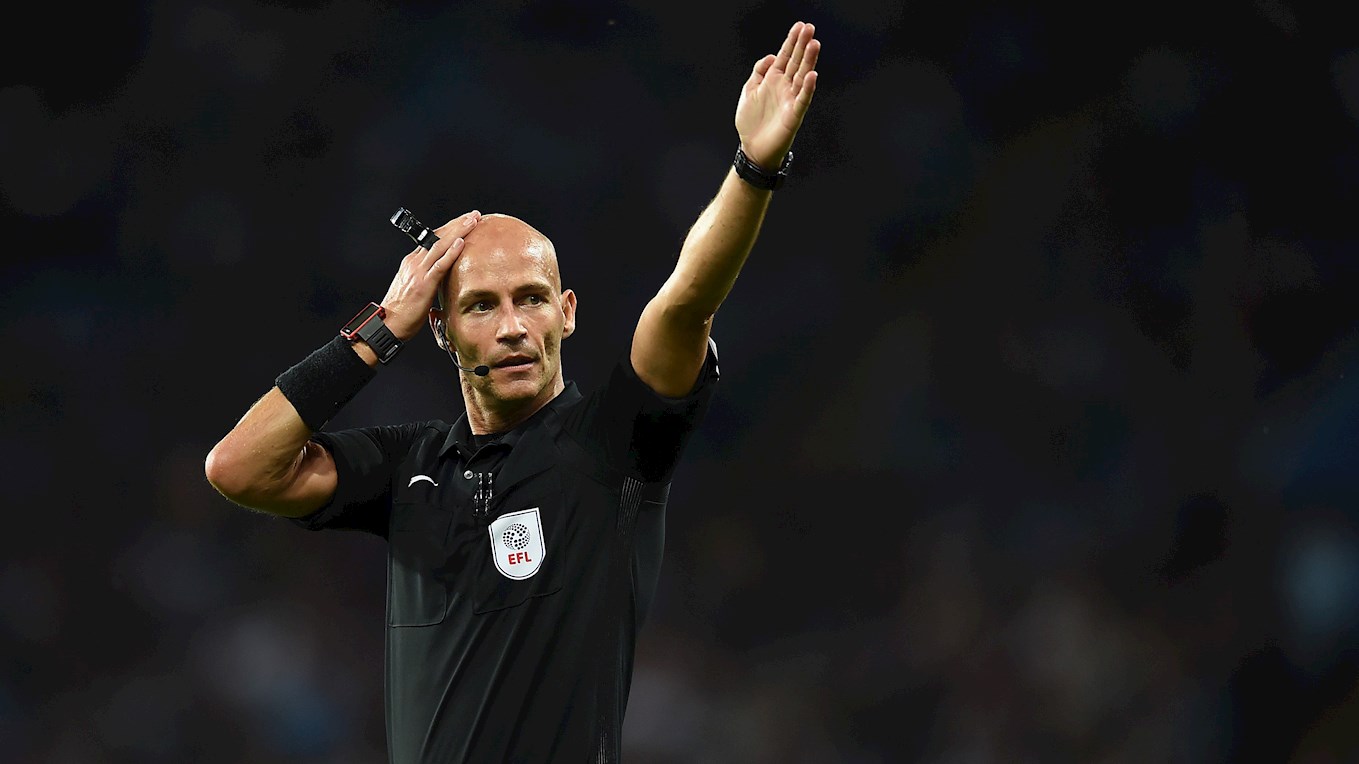 Drysdale is in his 14th season as a Football League referee, officiating as high as the Championship in 12 of those seasons.

His first Football League game came back on 7th August 2004 when he refereed a 0-0 draw between Rushden & Diamonds and Kidderminster Harriers.

So far this season, Drysdale has overseen eighteen matches, of which the last came in Swindon’s Emirates FA Cup victory at Dartford.

Drysdale has given out 48 yellow cards and three red cards from those 18 fixtures.

That follows on from his records last season where he brandished 67 yellow cards and three red cards from 22 matches.

Drysdale has refereed County on three occasions, including once already this season. That means County have won once and lost twice in the three games overseen by Drysdale.

The game this season came in the 2-1 defeat to Morecambe on September 16th. Mickey Demetriou was the only man booked on that day for County, in one of three yellow cards given out.

Interestingly, he was the man in charge for County’s return to the Football League, as the Exiles eased past Accrington Stanley 4-1 at Rodney Parade on 3rd August 2013. Chris Zebroski was the only man booked from either side on the opening day of the season.

The final game came in the 2014/15 season, as the Exiles suffered a 3-0 defeat at Luton Town. County received no bookings that day, as the home side received three. 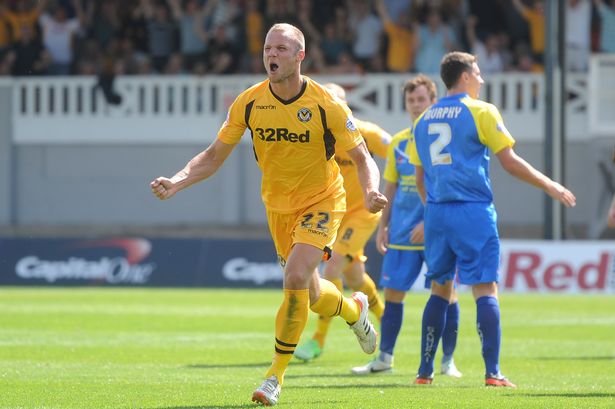