A trip to Notts County is next on the agenda for Newport County AFC. Only Luton Town have lost fewer league matches than the Magpies this season, so it is set to be another tough away fixture for the Exiles.

The Magpies have been on a steady run of form of late, picking up eight points from the last 18 available, following two wins, two draws and two defeats from their last six league encounters.

That means they would sit 13th in the table over the last six league matches, although they had to go to four tough locations during this run.

Back six games ago, the Magpies inflicted Exeter City’s first home league defeat of the campaign with a stunning 3-0 away victory. Lewis Alessandra scored early on before Jorge Grant scored twice in the second-half to really portray their promotion credentials.

That confidence came to a shattering halt in their next game, however, suffering their first defeat of the season to local rivals Mansfield Town 3-1, with only a 92nd minute consolation from Carl Dickinson to show for their efforts.

Had it not been for a late header from Rob Milsom then they may have suffered a first home defeat in their next game, Milsom’s strike cancelling out an Omar Bugiel effort in the 1-1 draw with Forest Green Rovers.

They returned to winning ways thanks to goals from Shaun Brisley and Ryan Yates in the 2-1 success over Barnet, before suffering another away defeat, this time to Crewe Alexandra 2-0.

Another goal from Yates ensured they remained in 2nd place ahead of our encounter with a 1-1 draw at Carlisle, although a victory would have seen them leapfrog table-toppers Luton Town, who also drew last weekend.

Interestingly, even at this early stage of the season, Notts County are the only side to be unbeaten at home in League 2. The Exiles can be encouraged, however, by the fact that the Magpies have conceded in each of their last four games at Meadow Lane.

The Magpies only have one player definitely ruled out for this match.

Goalkeeper Adam Collin is expected to be missing for several weeks with knee ligament damage suffered in the draw against Barnet, with Ross Fitzsimons expected to continue in goal after making his first start for the club against Crewe.

Defender Dan Jones is also expected to be back in contention for the home side, after spending a month on the side-lines with a hamstring injury.

The Magpies made ten changes to the side that drew with Carlisle United on Saturday for Tuesday’s CheckaTrade Trophy encounter with Mansfield Town - with only Shaun Brisley retaining his place.

Therefore, it is expected that manager Kevin Nolan will revert back to a side similar to the one that started in Cumbria.

One to watch – Jorge Grant 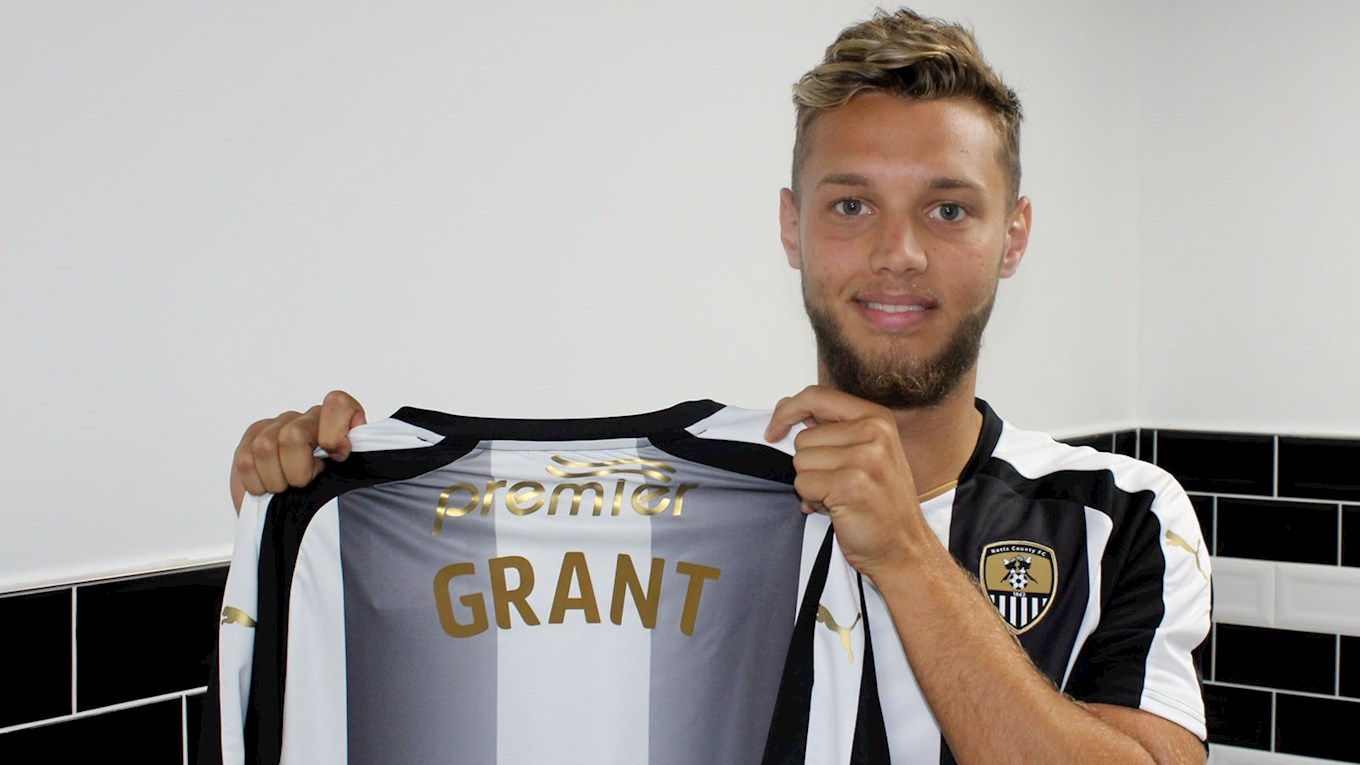 Currently in his second loan spell at the club from local rivals Nottingham Forest, Jorge Grant has had a scintillating start to the season, being the current highest scoring midfielder in League 2 with seven goals.

That means he has scored at an average of every 148 minutes, with the 22-year old scoring in five different league games.

He has been directly responsible in winning his side four points this season, scoring the winner in the 1-0 success at Crawley before his double saw them to a 2-0 victory over Chesterfield.

The midfielder has also netted against Accrington Stanley, Lincoln City and a double at Exeter, in addition to his goal against Scunthorpe United in the EFL Cup.

That follows the six goals he scored last season, including one on the last day against the Exiles, taking his tally at the club up to 14.

However, Grant hasn’t scored since 26th September, and as such, is rated as the 8th likeliest player to open the scoring on the weekend. With SKY BET, he can be backed at 13/2 for the opener or 9/4 to score at any time.

Before his loan spells at Meadow Lane, Grant did feature frequently for his parent club.

He made his debut on 12th August 2014 as a late substitute in the EFL Cup victory over Tranmere Rovers, before scoring his only goal for the club in the next round away at Tottenham Hotspur.

Prior to finding himself in Nottingham, Grant spent time with the Nike academy, as-well as a spell in the Reading youth system.

Nolan joined the Magpies as manager on 12th January 2017, ensuring the club remained in League 2 with a 16th placed finish after it looked like they may be dragged into the relegation scrap.

Our encounter will be his 40th game in charge, with a current win rate of 51.3%. That has seen him lead his side to success on 20 previous occasions, with a further eight draws and 11 defeats.

It is his second managerial position, following on from being player-manager for Leyton Orient at the back-end of the 2015/16 season.

He has managed against County twice, the first being a 1-0 win whilst at Leyton Orient. The second was a game which every County fan will remember for a long time, the 2-1 ‘Great Escape’ victory last season.

Prior to management, Nolan had a highly successful playing career.

He was managed by Sam Allardyce on three occasions, at Bolton Wanderers, Newcastle United and West Ham United.

He spent 10 years with Bolton, making 345 appearances and scoring 50 goals.

His move to Newcastle United came for a £4 million fee in 2011, with the midfielder making close to 100 appearances for the club.

Nolan then moved to West Ham United in an undisclosed deal, making over 150 appearances for the club. He finished his career having scored 69 Premiership goals from 401 appearances. 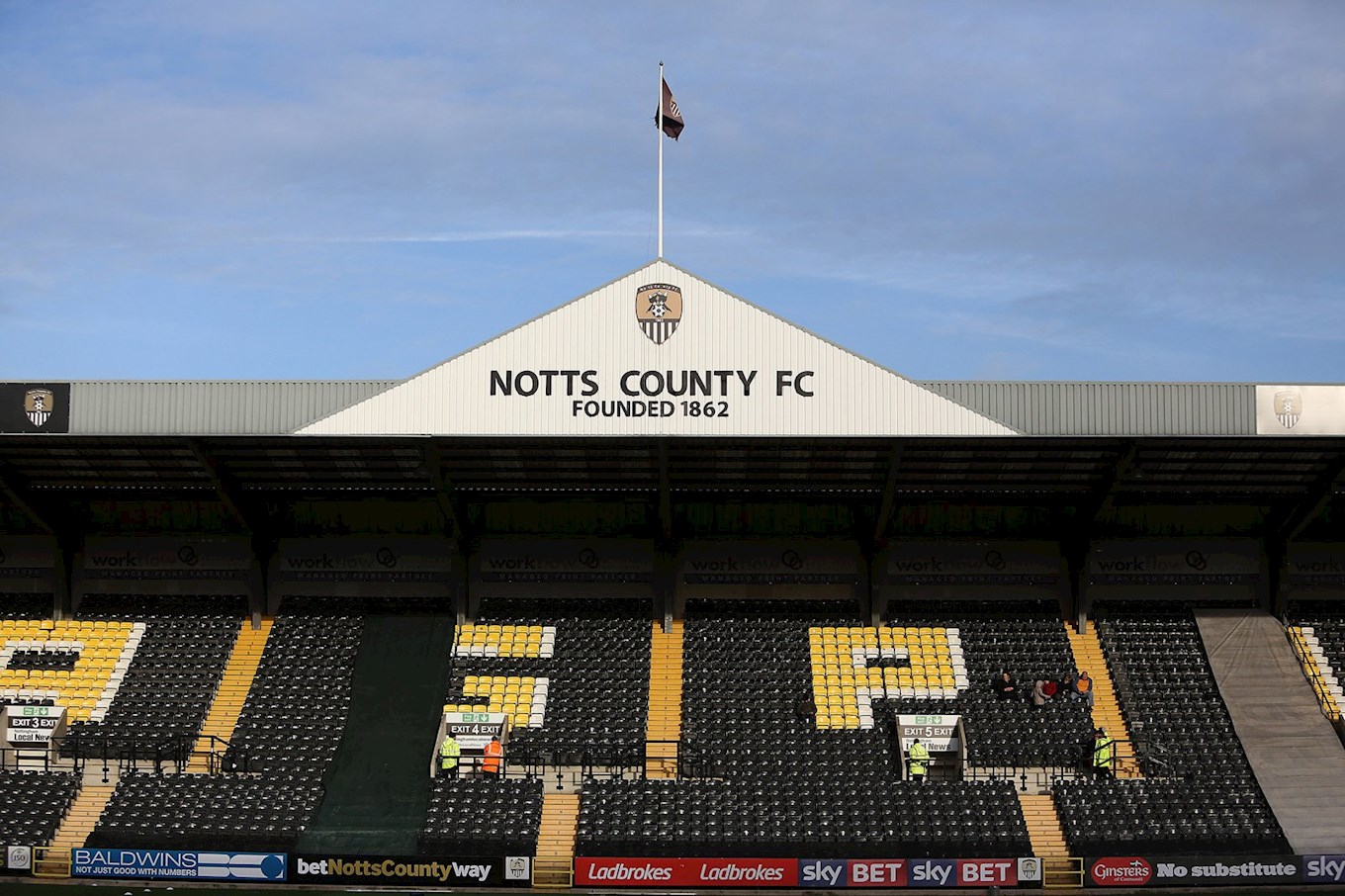 Built in 1910, Meadow Lane hasbeen home to Notts County ever since.

It is an all-seater stadium, with a current capacity of 19,841 for Football League matches. That sees away sides allocated just over 3,000 of those tickets.

Away fans are located in the Jimmy Sirrel stand, which runs along one side of the pitch. 241 County fans were in attendance their last season.

The two sides have met on a remarkable 48 previous occasions, with the Magpies currently holding the superior record.

They have won 25 of the prior encounters, while County have 14 victories of their own with a further nine draws.

The first meeting between the two sides came on 18th October 1930, with a 2-0 victory for Notts County. A first victory for the Exiles took a further seven years, with their own 2-0 success on 3rd April 1937.

Talking of interesting previous meetings, the game on 15th January 1949 stands out. But, for Exiles fans, it stands out for the wrong reasons. That’s because Notts County won the game 11-1!

Since the Magpies relegation to League 2 at the end of the 2014/15 season, the two sides have met on four occasions. And from this set of results, the teams are tied, with two wins each.

A 95th minute winner from Liam Noble ensured the Magpies won 4-3 at Meadow Lane, before a 1-0 victory at Rodney Parade saw them complete the double over the Exiles.

But it was a complete role-reversal last season. A stunning 3-0 away victory in Nottingham was followed by arguably the most important result ever at Rodney Parade. The 2-1 victory on the final day saw the Exiles secure safety in dramatic circumstances, thanks to a certain 89th minute winner from Mark O’Brien. 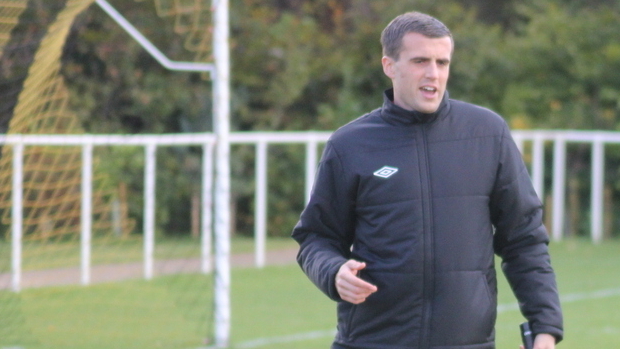 Craig Hicks is a late replacement for this fixture, after original referee Eddie Ilderton was forced to withdraw.

Hicks was due to be fourth official for the Championship fixture between Norwich City and Derby County on Saturday, before being asked to step in.

It is his first season as a Football League referee, having been promoted from the National League over the summer.

He has currently refereed 13 games so far this season, the last of which came last weekend in the 1-0 victory for Port Vale at Exeter City.

Last season, Hicks officiated 27 games in the National League. He gave out four or more yellow cards on seven occasions, with a total of 70 yellow cards and six red cards for the campaign.

Hicks has only refereed The Exiles on one occasion, although has never officiated Notts County and will be taking charge of his first game at Meadow Lane.

His previous match involving County came earlier this season when a stunning pair of headers from Mickey Demetriou made sure the Exiles won 2-1 at Crawley Town on 26th September.

He gave out five yellow cards on that occasion, three of which to County - with Dan Butler, Joss Labadie and Ben Tozer all booked.

Don’t forget – if you reside outside of the UK, you can watch the game live by subscribing to County’s iFollow service. Commentary by Tim Thraves and Chris Gadsby can also be found at the Match Centre.