The 2018/19 Newport County AFC Kit is here! Honouring home and away kits from our history with the iconic three stripes and bursting into the modern day with the angular, diamond design on our eye-catching third kit, these kits showcase our journey from our foundations to our future.

Home and Away Kit 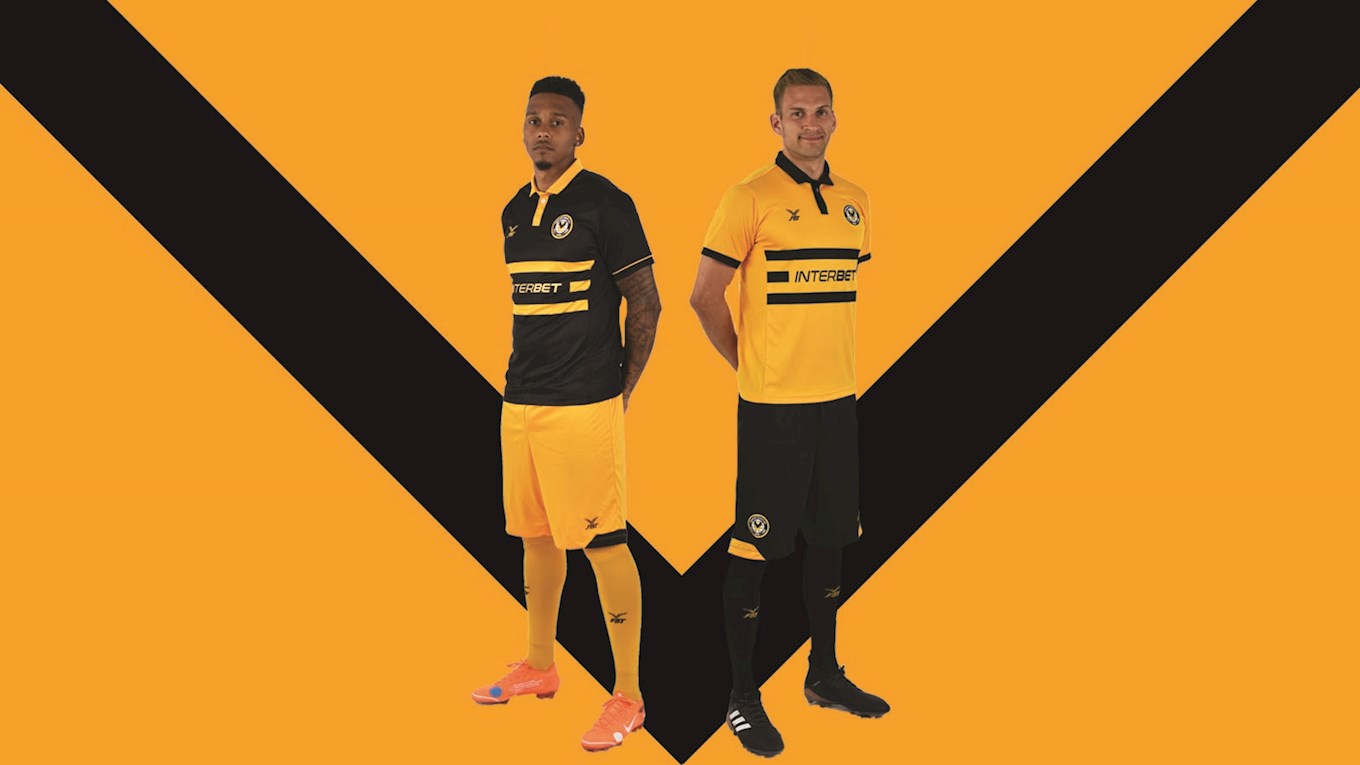 The prominent three-striped design that features on both the home and away kits this season is reminiscent of the iconic design that County wore during the most successful league season in the club’s history.

That triumphant campaign came 80 years ago and saw County promoted into what is now classified as the Championship – the highest tier of the English League Pyramid that the club has ever aspired into during its illustrious history.

In the 1938/39 season, County achieved promotion into the second-tier thanks to a glorious title triumph in Third Division South – taking the crown ahead of now Premier League teams such as Crystal Palace, Watford and Brighton & Hove Albion.

The kit worn in that season resembles a striking similarity to both kits featured above, with designer – and County fan – Neal Heard wanting to embrace that historic campaign within his designs for the upcoming season.

Neal said on his reasonings for the two kits: “I knew straightaway what kit I wanted to design it on.

“We went up in season 1938/39 – we won Division Three and got promoted to Division Two. That league is now the Championship and it is the highest level that the club have ever played at in its history so I had to incorporate that season in some aspect.

“In that season we wore a kit very similar to the one that I’ve interpreted this season and tried to bring up to date.

“For me, it was iconic because of that timing and also, I thought I could make it a relevant kit for today. I knew it would look cool and I knew that even a Premiership team would be proud to wear that shirt.” 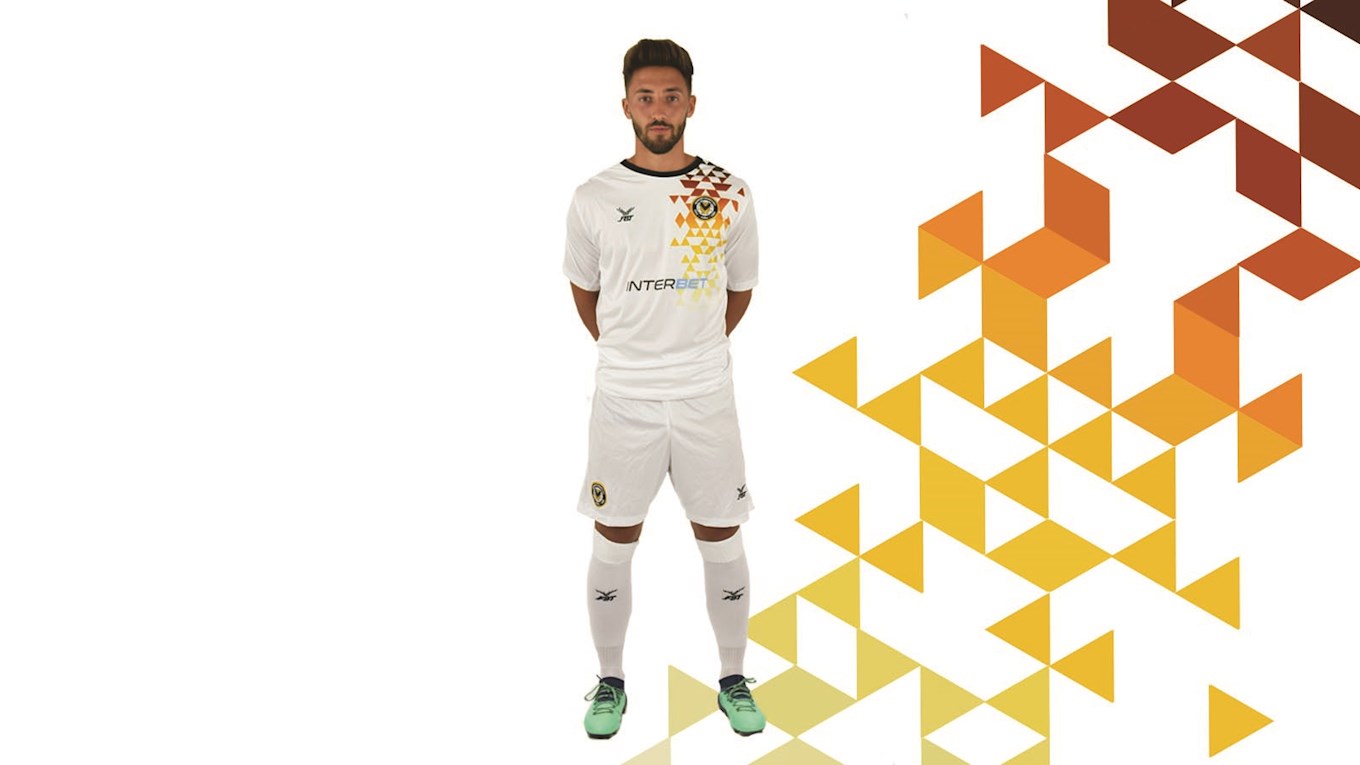 The Third Kit will be familiar to County supporters after a vote on its design was held at the Supporters Meeting in May.

It encapsulates a unique blend of the graphical movement coming back into football design – as seen by the kits from some nations in the FIFA World Cup - alongside a similar movement that was celebrated in the 1990’s.

The three original designs that were put forward for the supporter’s vote were also designed by Neal Heard – with the chosen option eventually picking up over 50% of the total vote.

Neal said on his ideas for the third kit: “I’m very aware of how the design process of football shirts is changing and it’s a case of going back to being graphical.

“The third kit was an attempt to bring in that kind of graphical movement which I believe is coming back into football shirts. I wanted to give us our own bespoke kit – one that was relevant but also fresh.

“I’m really proud to have been asked by the club to help out with the kits and I’m really pleased with how they have turned out as-well.”

County supporter – and volunteer in the club’s Community programmes – Becky Smith chose to vote for the above kit in one of over 1,000 votes cast overall and commented: “I really like the White Kit – it just looks really nice.

“I actually voted for that kit and I voted for it because you never really see that design on any other kit. I’m sure it will make County stand out next season.”

County midfielder Josh Sheehan – who features in the above photograph – was chosen to model this season’s Third Kit due to its strong links with the Newport County AFC Supporters Club.

Josh’s arrival back at Rodney Parade in January was partly funded by the Supporters Club alongside JKM and another anonymous individual, with the Supporters Club now going one step further and sponsoring the back of the Third Kit for the upcoming season.

“We are now sponsoring the back of the Third Kit this year and that’s basically the way that the Supporters Club runs – we are there to help the club where and when we can.

Newport County AFC would like to thank BrandLab and photographer Sen Middleton for their effort and support with the official Kit Launch for the 2018/19 campaign.

BrandLab are a revolutionary new product designed exclusively for the fashion industry and offer a secure and modern platform for brands and buyers to effortlessly conduct business online.

For fashion brands, BrandLab offers the chance to showcase your styles and collections to thousands of retailers and buyers from across the globe and grants access to a dedicated sales and marketing team.

For buyers and retailers, BrandLab not only gives you access to hundreds of worldwide brands at any given moment, it also provides a simple ordering system in which multiple brands can be purchased with a single transaction.

BrandLab’s state of the art ordering software automates the whole buying process, saving both brands and buyers hours of valuable time. Become part of the revolution.