You might have seen last week that Newport County AFC are going to be represented at the Emirates FA Cup Final by supporter Sean Edwards in the For All Choir, a choir of supporters who are singing the pre-match "Abide with Me" hymn.

Yesterday, it was revealed that Newport County AFC will also have a place on the field as The FA included Shawn McCoulsky and Momodou Touray amongst the names of 137 goalscorers from this Season's competition on the Nike Ordem V, Cup Final ball.

The 137 names represent the 137th edition of the FA Cup Final and include the names of scorers of decisive and memorable goals throughout the 2017/18 Competition.  Named the Ball For All, it celebrates players from Step 6 of the National League system through to the Premier League.

The names included represent goalscorers from every round, beginning at the Extra Preliminary Round through to the Semi Finals and include a selection of the season’s most memorable and impactful strikes.

Among the names represented on the Ball For All are Liam Pullen of Chipping Sodbury Town, whose strike in the Extra-Preliminary Round was the club’s first ever goal in the competition; Noah Keats, whose goal in the Fourth Round Qualifying saw Truro City become the first Cornish side to reach the First Round Proper since 1969; and League One Wigan Athletic’s Will Grigg, whose strike against Manchester City sealed a famous Fifth Round victory.

Along side these famous names and famous goals sits striker Shawn McCoulsky whose remarkable 89th minute winner for County vs Leeds United in the Emirates FA Cup Third Round Tie has earned him a well-deserved place in FA Cup History. 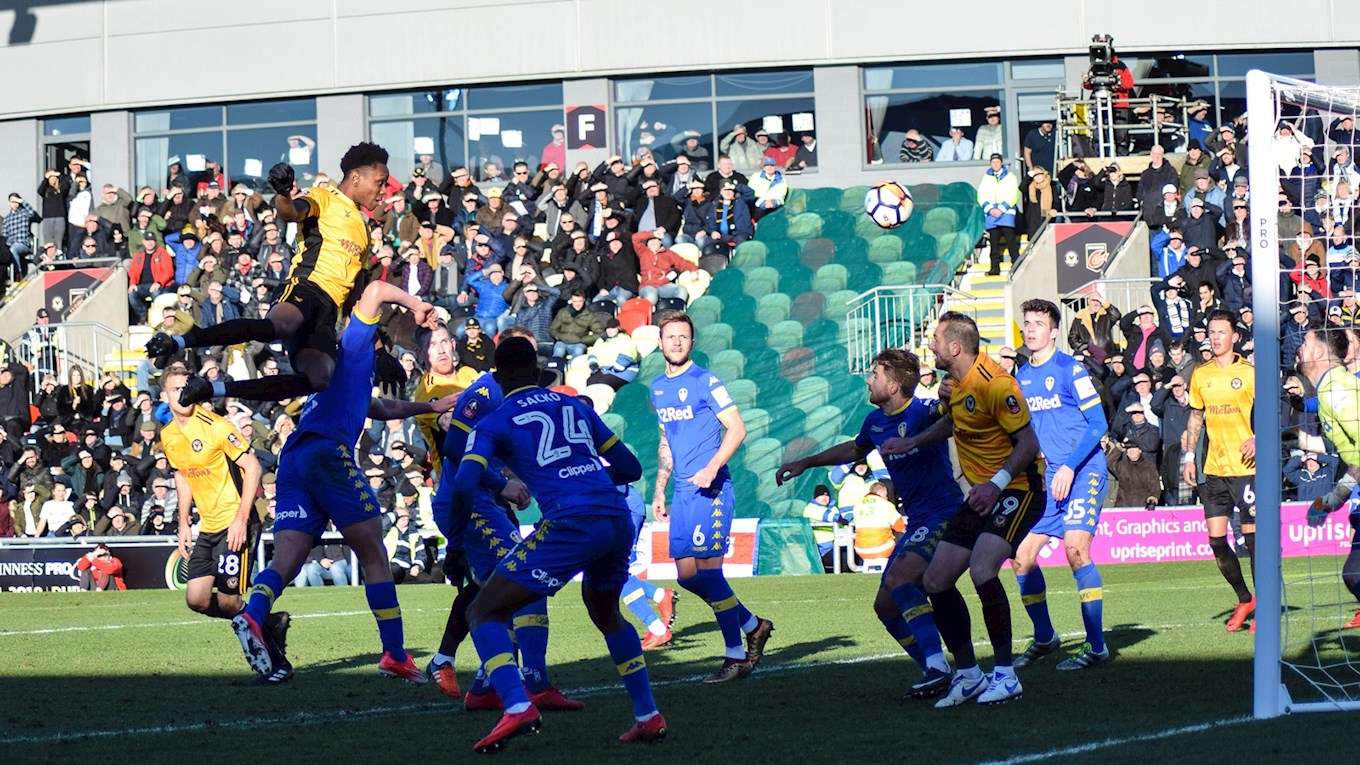 On discovering that his name was one of the 137 goalscorers featured on the Nike Ordem V Cup Final ball, Shawn McCoulsky said: "Wow!  It's an absolute honour for my name to be on the FA Cup ball used in this weekend's final.

"The goal against Leeds is definitely the highlight of my season and a goal I will never forget!  From growing up watching the competition as a young boy, to now seeing my name on the ball they're playing in the final with is very special.  I will definitely be watching!"

Also included within the names is Newport County AFC Academy Graduate and County first-team player Momodou Touray whose two goals for Merthyr Town in their 6-1 victory over Willand Rovers in the Emirates FA Cup First Round Qualifying earned him a place on the FA Cup Final Ball.  Modou's goals proved decisive in what turned out to be a very happy Emirates FA Cup Qualifying round for Merthyr Town.

Photo by Peter Harman
Photo not taken at the FA Cup Match.

Andy Ambler, The FA’s Director of Professional Game Relations, said: “One of the most special things about The Emirates FA Cup is that a goalscorer in the Extra-Preliminary Round shares the same accolade as some of football’s most famous names. Over three thousand goals have been scored in this season’s competition, from all levels of the football pyramid and the 137 from across the country are representative of all who have contributed to this season’s competition.”

At the close of the season, The FA will have distributed a total of £14.6 million in competition prize money to the 737  competing teams.

Club Reporter Ryan Robinson named The Emirates
FA Cup as one of his Top Five Moments of the Season
Click here to read what else Ryan included in his Top Five.