Newport County AFC will be heading to Murcia in Spain for the camp where they will undertake week of fitness as well as team-building exercises in preparation for the new season.

The First Team players and Management will fly out on Monday 8th July and will spend five days on site, with a behind closed doors friendly against Egyptian Premier League team Al Ahly FC also confirmed for the camp.

The 2019/20 Sky Bet League Two season will start on the weekend of Saturday 3 August against Mansfield Town. Read our full fixtures ahead of the new campaign here. 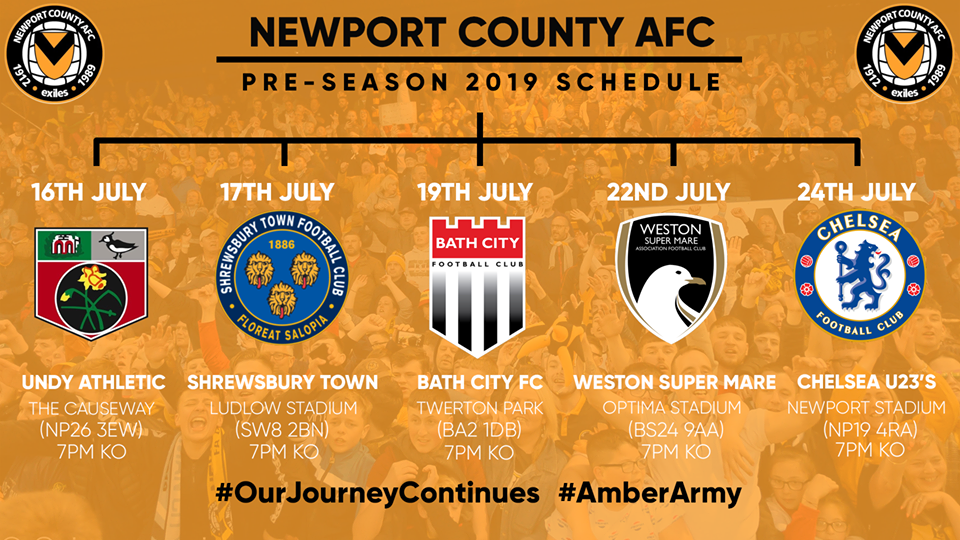 A County XI will also feature against Moreton Rangers at Moreton-in-Marsh on Friday 12th July. Click here to read more information about that fixture.