Mick White moved to Newport in 2002 and after being a football fan most of his life started supporting Newport County in 2002 attending as many home and away games as he could.

A vital member of the retail team, Mick first started volunteering in the Club Shop at Spytty Park in 2004 and soon became a popular figure among supporters for his first class service and willingness to help people.

Unfortunately, Mick was then diagnosed with Alzheimer’s, a form of dementia, in 2015 which reduced his ability to volunteer in the capacity he wanted to.

Mick had no choice other than to retire from his role at the club, leaving him devastated and contending with the impact that had on him, in addition to dealing with his diagnosis and symptoms.

His wife, Marilyn, recalls “When Mick was diagnosed he was left depressed and felt life was over and didn’t want to go out an d meet people”. He told the club the club a year ago how he would seldom get out and without the support of the DSA and his friends he would not be able to attend games any longer. This is something that is common amongst people with mental health issues, the inability to get out when they want, although many feel football can deliver sufficient positives to make it worthwhile pushing themselves to go out once or twice a week to be a part of their community. “Football was his life saver” Marilyn told us, “Phil [Burgess] would take him to games when I couldn’t”. 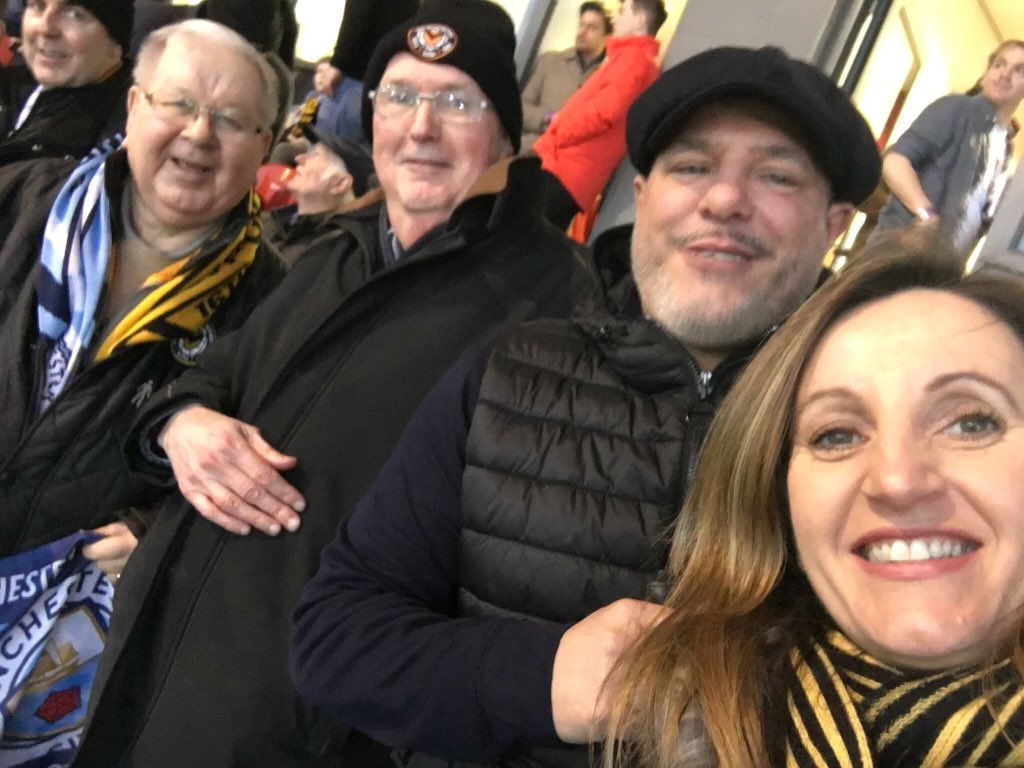 “When Mick heard that the club shop was looking for volunteers he asked if he could return and hasn’t looked back since, he enjoys every minute there”, one supporter remembers seeing Mick on his way to his first day back and got a big hug and saw a great big smile on his face. Seeing Mick back in the shop hasn’t just been a benefit to himself, the supporters are really pleased to see him back where a lot feel he belongs as was demonstrated by him being voted as “Supporter of the Year” at the club’s recent awards.

Director Bob Herrin says “Mick is a real asset in the shop as he used to work in retail. His manner with customers is outstanding. His face lights up when he makes a sale, in fact we have trouble getting him to go home sometimes. He loves to chat with everyone and is relaxed and happy in the shop.”

As an EFL club that would not operate without our volunteers, we are in a great position to provide opportunities to people in our community, as Marilyn testifies: “Newport County is the best thing that has happened to Mick. Thank you to everyone involved with the club for helping Mick prove his worth since having his diagnosis”

Recently, over £6,000 was raised for Alzheimers Cymru, a charity focused on improving the lives of those living with the condition. Click here to read that story.

May 13th to 19th 2019 is Mental Health Awareness Week; if you think that being involved with Newport County can help improve your mental wellbeing please contact us at office@newport-county.co.uk or for physical activity to help in this area please reach out to County in the Community.