Newport County AFC will be hoping to give themselves a chance of qualification from their Leasing.Com Trophy group when they travel to Cheltenham Town tomorrow night. The Exiles face an uphill task to get out of the group but it is theoretically still possible, while the Robins’ future in the competition is a lot clearer ahead of the fixture in Gloucestershire and all three points will definitely see them through.

Here, you can find all the facts and statistics ahead of this Leasing.Com Trophy encounter…

How Leasing.Com Trophy Southern Group E is shaping up 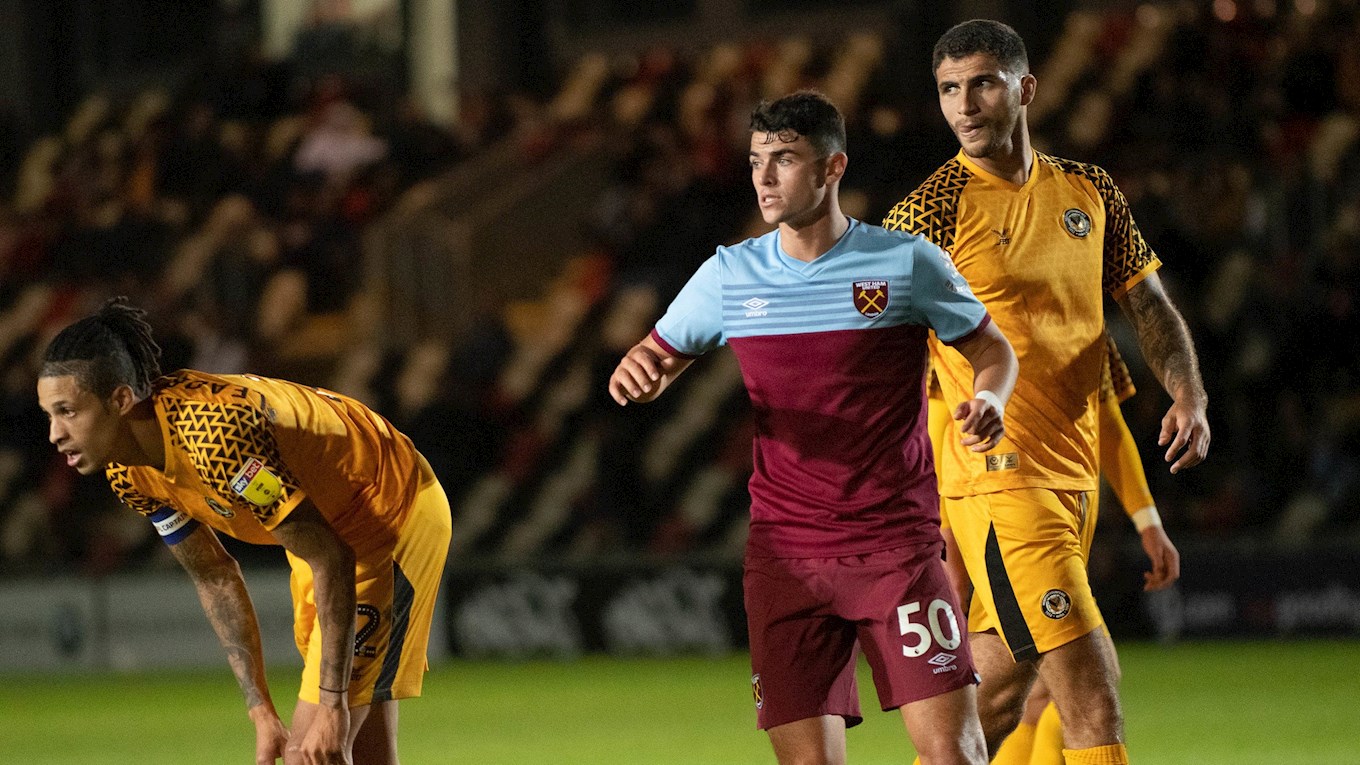 County are the only side in the group that would have to rely on other results as well as their own, with the Exiles requiring a victory by a two-goal margin on Tuesday night plus a victory for Exeter City against West Ham United U21s 24 hours later.

Cheltenham Town head into the game knowing all three points pretty much guarantees their progression, while a victory or even a defeat via a penalty shootout may still be enough depending on the result from St James Park. 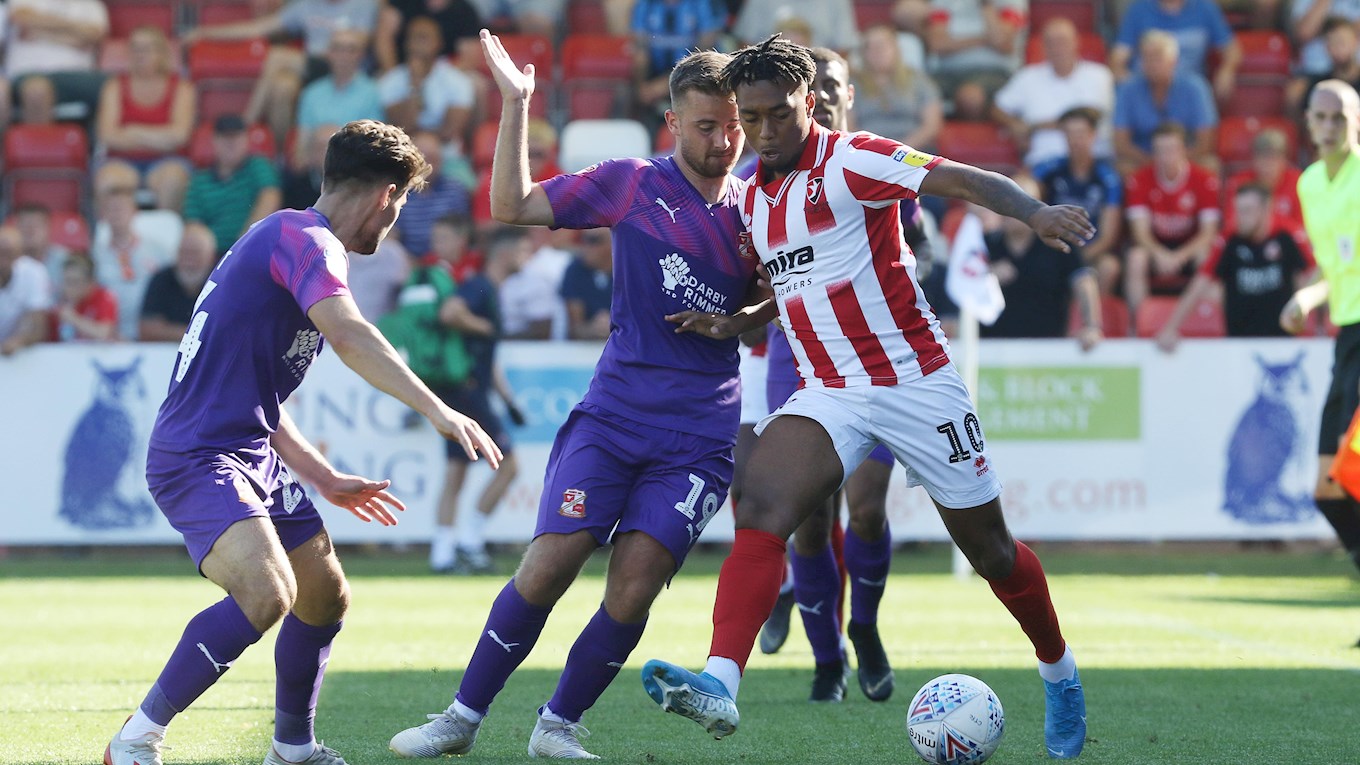 With Cheltenham Town also requiring a replay in the Emirates FA Cup, manager Michael Duff may take that extra game into consideration when making his team selection on Tuesday night.

In terms of injury concerns, Duff is likely to be without strike duo Reuben Reid and Tahvon Campbell, while Josh Debayo should also miss out. Midfielder Max Sheaf made his return after two months out on Saturday, but Duff may proceed with caution in terms of playing him twice within a week.

One to Watch – Ryan Broom 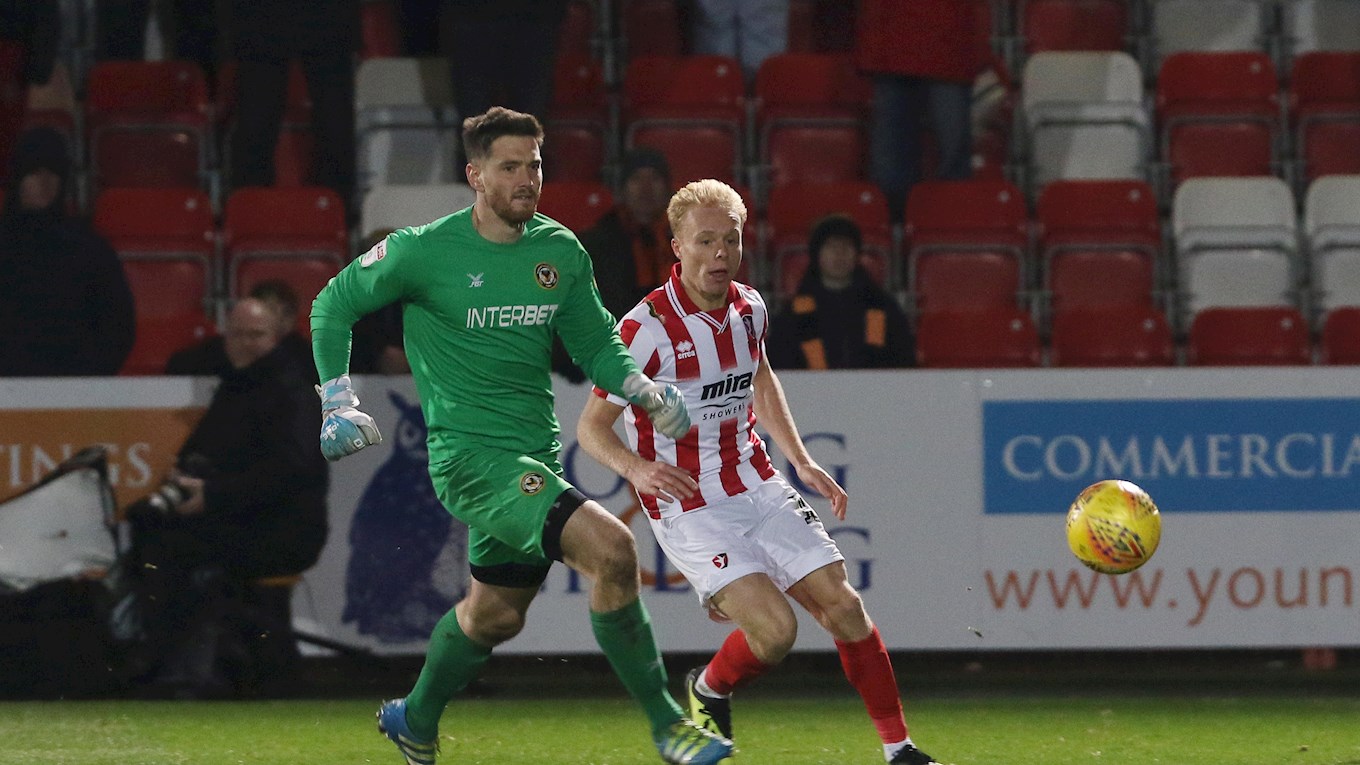 Because he’s been such an influential spearhead of Cheltenham Town’s success thus far this campaign, right-wing-back Ryan Broom may be afforded a rare night off on Tuesday, but he will certainly prove a danger if selected.

Not particularly renowned for his goalscoring exploits before this campaign, Broom was challenged by his manager to chip in with a few more and he’s provided the adequate answer by netting six from 17 appearances, including some important ones in League Two to secure a draw or all three points.

Born in Newport, Broom still lives in the city but has spent his whole career over the border. The 23-year old has also plied his trade for Bristol Rovers, Taunton Town, Bath City and Eastleigh. 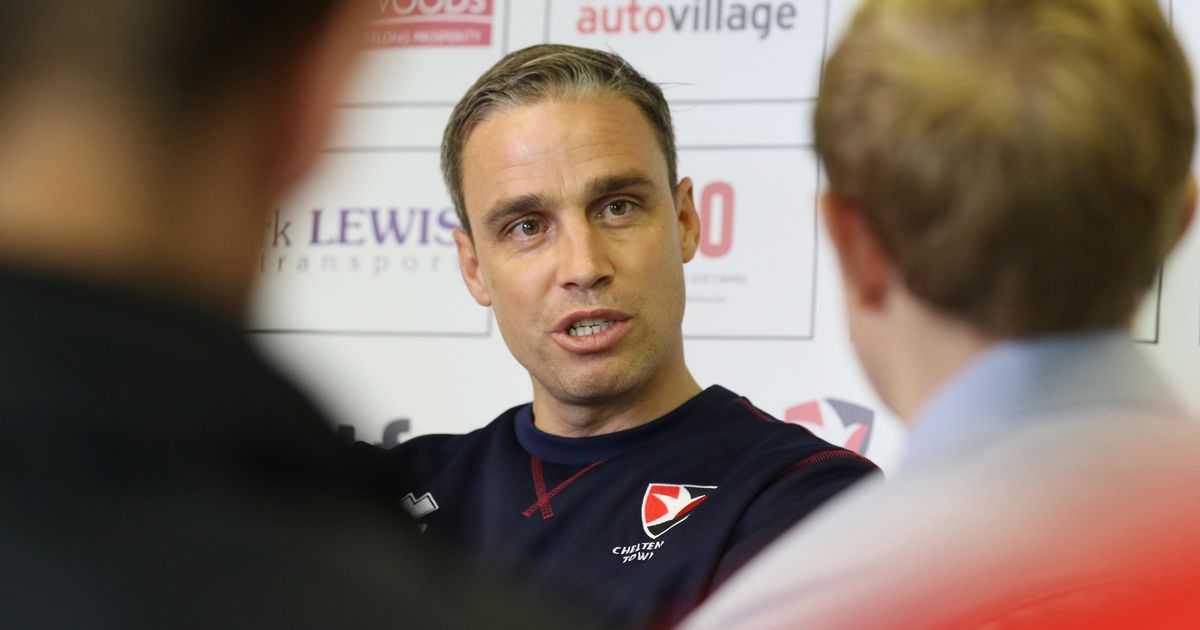 Similar to Michael Flynn in many aspects, Cheltenham Town manager Michael Duff is doing a fantastic job at a former club from his playing days when taking the Robins from relegation favourites to promotion contenders inside 14 months.

It wasn’t always rosy for Duff who struggled initially for a month or so but it was a victory against County in November last year which instilled some belief within the camp and the Robins haven’t looked back since and currently sit in 6th place of the League Two table.

The upturn in form reflects Duff’s overall statistics as manager and he will welcome County to Gloucestershire boasting 25 wins from his 65 matches in charge, drawing a further 19 and losing on 21 occasions. 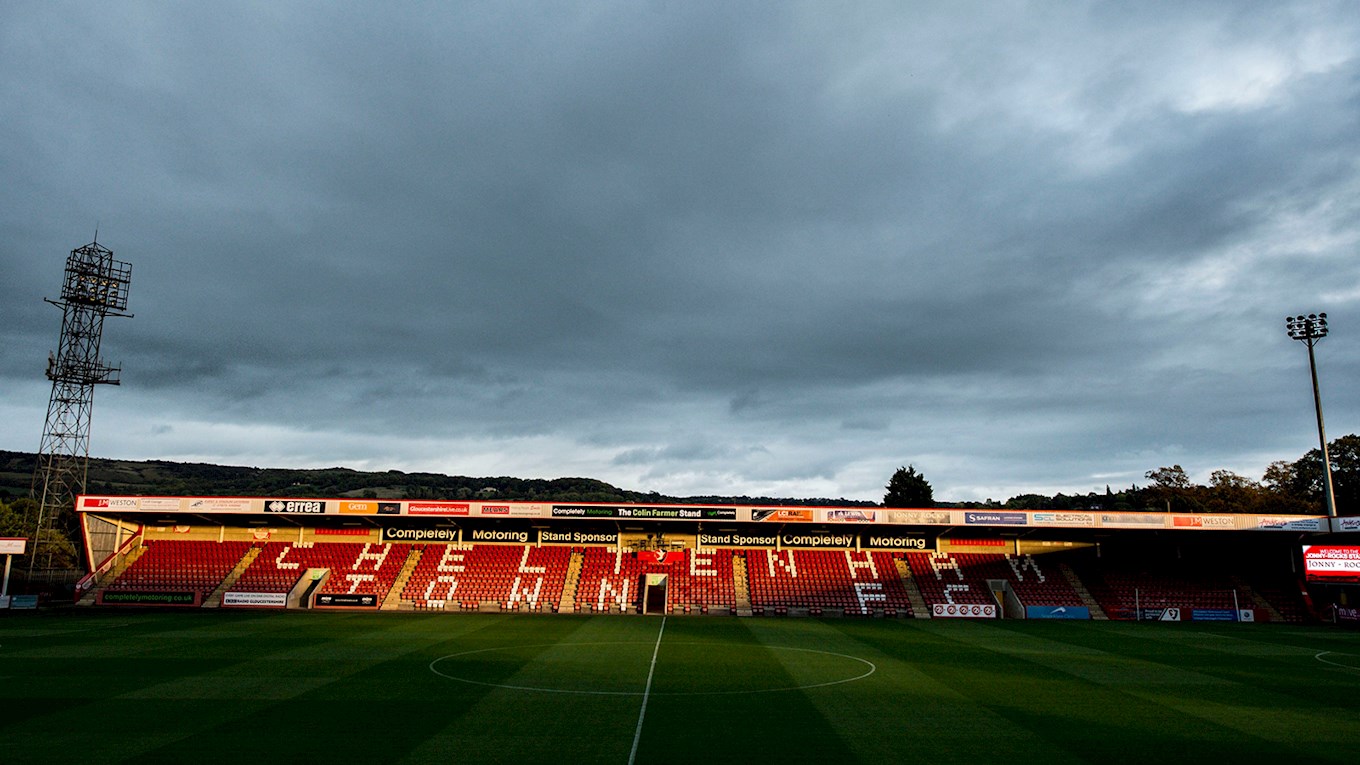 One of the closest stadiums to Rodney Parade geographically, Newport County AFC have become accustomed to travelling to Gloucestershire and Tuesday night’s visit will be the seventh trip to The Jonny Rocks Stadium since 2013.

Home to one of the narrowest pitches in the Football League, the stadium is also relatively small in stature with a capacity of 7,066 split across a variety of seating and terracing.

The Exiles travelled to The Jonny Rocks Stadium twice last season, where away figures of 936 and 94 were observed for the respective League Two and Leasing.Com Trophy encounters. 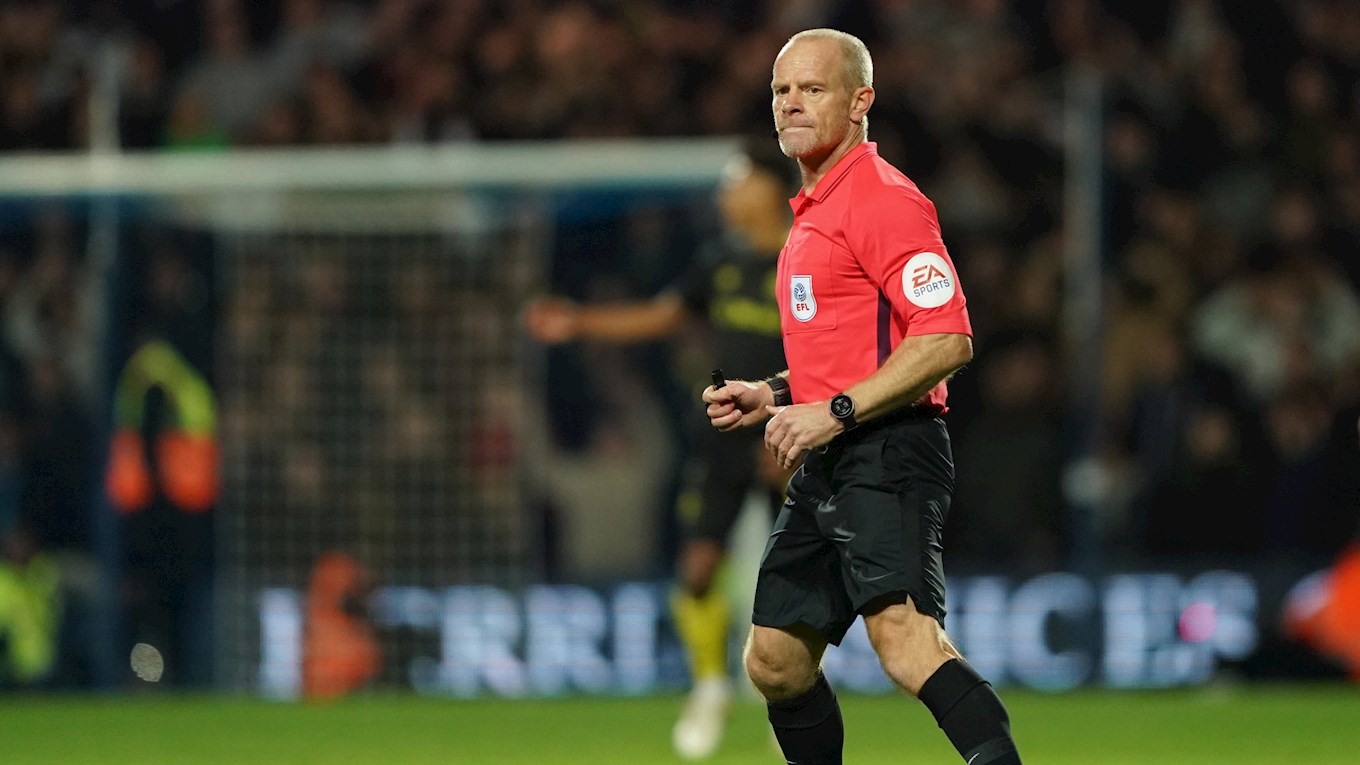 A highly experienced referee, Andy Woolmer is currently embarking on his 16th season as a Football League official having first taken charge of a League Two fixture way back on August 10th 2004 as Kidderminster Harriers and Notts County played out a goalless draw.

He has presided over 14 fixtures thus far this campaign, 10 of which in the Championship, brandishing 36 yellow cards and two red cards – last refereeing on Saturday as Reading thumped Luton Town.

Those statistics follow on from refereeing 30 games last year, a season in which Woolmer awarded 81 yellow cards and five red cards throughout the entirety of the campaign. Woolmer has officiated a Newport County AFC on three previous occasions in League Two and the Leasing.Com Trophy. The Exiles will be hoping for a change in fortunes under this referee having never tasted success, losing twice and drawing the other.

Interestingly, he officiated this fixture last season although that was in the knockout stages of the competition as the Robins booked their passage into the next round with a 7-6 penalty shootout success following a 1-1 draw. Josh Sheehan was booked on December 4th 2018.

He was the man in the middle for a fixture towards the end of the 2014/15 campaign as County fell to a 3-2 home defeat against Dagenham & Redbridge. No bookings on April 18th.

The remaining fixture saw the Exiles give away a two-goal lead in the 2-2 draw at AFC Wimbledon on April 21st 2014. This time County received three yellow cards – Andy Sandell, Kevin Feely and Lee Minshull the offenders.

As the game is a cup match, no live showing of this fixture will occur on iFollow Exiles. However, commentary by Tim Thraves can be found at the Match Centre from 7:30pm.